Former World No. 28 Santiago Giraldo is the tournament director at his hometown Pereira Challenger.

Former Top 30 star Santiago Giraldo is embarking on a new career on the ATP Challenger Tour, as the tournament director in his hometown of Pereira

It has become one of the novelties of life on the ATP Challenger Tour. More and more former players have made the transition to a different role, stepping into the office as tournament director.

From Top 10 stalwarts Arnaud Clement (Aix-en-Provence) and Andres Gomez (Guayaquil), to the likes of Luis Horna (Lima), Rik De Voest (Vancouver) and Francesco Cancellotti (Perugia), past champions are giving back. Each of these players' careers were launched on the Challenger circuit. Now, they are returning to their roots.

One year ago, we celebrated Viktor Galovic's directorial debut in his hometown of Verona, Italy. And now it's Santiago Giraldo's turn to take the reins on home soil in Colombia. On Sunday, the former World No. 28 capped an impressive week as the leading man in his hometown of Pereira. The inaugural Circuito Dove Men+Care Pereira was a great success, as players and fans descended on the Club Campestre.

With Giraldo at the helm, it was a party from start to finish in Pereira. Great food and live music created a vibrant, festive atmosphere throughout the week. Fans were treated to world-class entertainment on and off the court. After traveling the tour for nearly two decades, this is exactly how Giraldo envisioned the ideal tournament.

Every detail was meticulously looked after, as the former World No. 28 ensured the players had everything they needed. A welcome letter and small gift greeted each competitor as they arrived at the beautiful Club Campestre, a small example of Giraldo's attention to detail. Just 30 minutes from downtown Pereira, the club has state-of-the-art facilities and a total of 22 tennis courts.

Giraldo, a mainstay inside the Top 50 of the ATP Rankings for many years, lifted 10 Challenger trophies during his illustrious career. Also a two-time finalist on the ATP Tour (Santiago 2011 & Barcelona 2014), he battled the likes of Rafael Nadal, Novak Djokovic and Roger Federer on the game's biggest stages. Giraldo's biggest victory came at the ATP Masters 1000 event in Madrid, where he stunned Andy Murray en route to the 2014 quarter-finals.

After a 16-year career, the Colombian announced his retirement in 2020. But the 34-year-old is not leaving the tennis scene, hosting the Pereira Challenger in addition to his work with the Fundacion Santi Giraldo. According to its mission statement, the foundation seeks to provide diverse activities for children through sport, while building strong values both on and off the court. 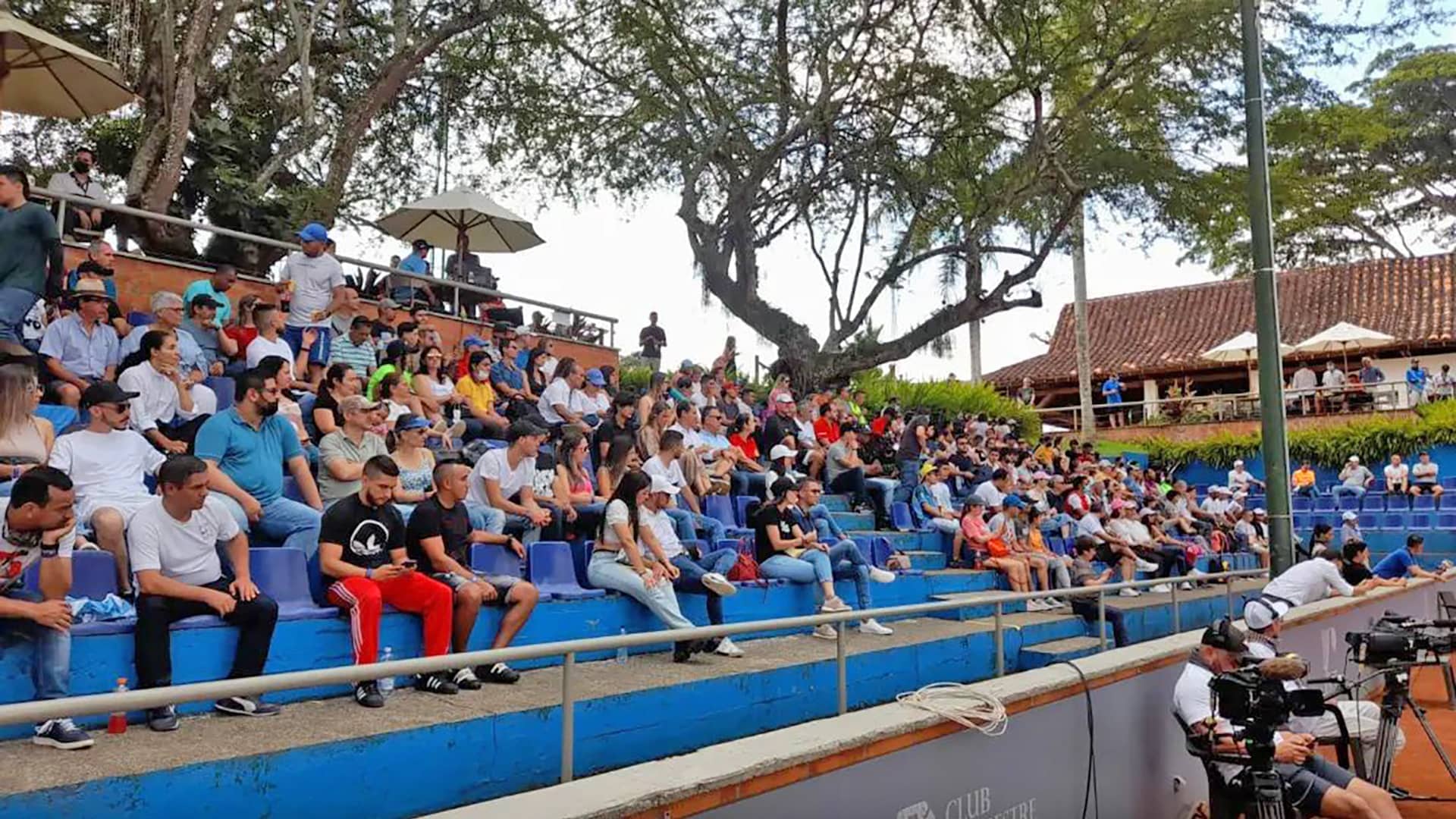 Giraldo spoke to ATPTour.com following his first week in his new role...

First of all, Santi, congrats on this new endeavor. How did it come about?
Well, I have to thank Horacio de la Pena [founder of the Circuito Dove Men+Care Legion Sudamericana]. He invited me to be the ambassador and director of the tournament here in Pereira. The truth is that we have worked very well overall and everything is flowing super well. It has been a nice experience for me. After playing and retiring, being able to contribute to tennis with this event in my city and in my club has been a wonderful experience.

Now that the first edition is complete, what are your impressions? How did it go?
It went very well. It rained a little, but the people have been very happy and there has been a very good level of tennis. We are trying to look after many details for the players, little things that they do not usually do in other tournaments. We have also had a cultural and musical aspect of the event and we are focusing a lot on children. We are giving all the facilities to the players, so they are happy, the spectators are happy, the public is happy and the ATP is happy too. Those are all good signs.

Being a former player gives you a unique perspective. How has that helped you in this role?
My perspective is a little different when it comes to organizing a tournament. The idea was to be able to contribute with things that were not done in other tournaments. And already having the experience as a player and having the possibility of implementing different things, for me it was what motivated me. That has been the foundation. And with Jhan Fontalvo, we are building a good team.

You mentioned the importance of making everything perfect for the players, but how have you also improved the fan experience?
For the fans, the main focus is the children. We had the inauguration of the event with a kids day, as well as this social-cultural part with live music and also some gymnastics exhibitions. The idea is to make it fun for everyone. That they feel comfortable, that the schedules are good and there are night matches for all the people who work and for the kids who study. We have tried to think of as many details as possible. 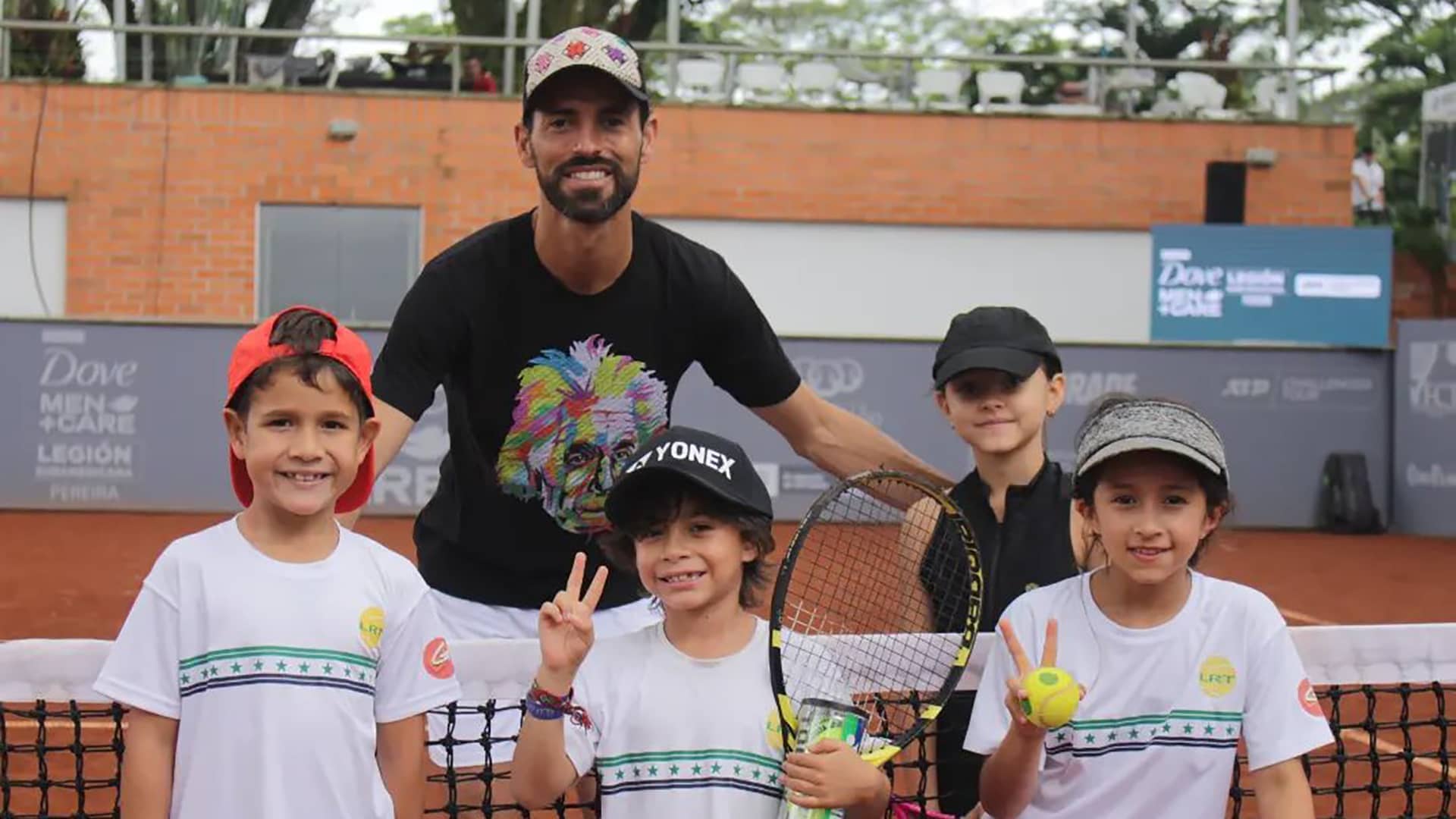 What's been the biggest challenge to make this happen?
Everything has been very fluid, but the difficulty of having it all organized and ready, getting sponsors and convincing others to invest in the tournament. Many people and organizations joined us and supported us, so I am grateful for this. It's important to give back after all the blessings tennis has given me.

Now that your playing career is over, how rewarding is it to be able to give back to the Challenger Tour and help it grow as a director?
The Challengers are super important for player development. Many players at these tournaments go on to enter the Top 100 and play in Grand Slams. I have good memories. I played in Pereira three or four times and I was lucky to win two titles here. My 100-year-old grandmother was watching. It was very special for me to play at home.

This week, you celebrated the career of another Colombian great, as Alejandro Gonzalez retired at your tournament. How emotional was that?
I am very grateful to Alejo for his career, for being a brother, a partner, a role model, an example. For having chosen Pereira to play his last match, it was an honour to have accompanied him. I told him to enjoy the experience and I'm happy to contribute to another part of his life.

How can you improve for the years to come?
The idea is that it becomes durable over time. We hope that people want to support the tournament. The idea is that everything is done well and that the people are happy, the details are well-organized and that it is feasible to continue as long as possible.