Longest-running Challenger in South America is led by former World No. 27 Diego Perez

This week, South American tennis celebrates a historic milestone on the ATP Challenger Tour. For the first time, a tournament on the continent is celebrating its 20th anniversary.

Welcome to the Uruguay Open in Montevideo, where they have been perfecting the 'world-class tennis plus premier entertainment' formula since the tournament's inception in 1998.

In addition to the action between the lines, an integral aspect of many successful Challengers involves entertainment beyond the courts. It is the notion that premier tennis and off-court entertainment create a first-rate experience with a festive atmosphere. In the smaller, more intimate settings on the Challenger circuit, this is especially effective in building popularity for the tournaments and creating buzz throughout the city.

In Montevideo, they have been doing exactly that since 1998. Led by tournament director and former World No. 27 Diego Perez, nightly concerts, food trucks, a premier VIP area and activities for fans of all ages have contributed to the vibrant soul and identity of the event.

This week, the Uruguay Open is in the spotlight, as Perez and his dedicated team welcome players and fans for the tournament's 20th edition. It is an unprecedented milestone anniversary, marking the first time a tournament in South America has reached two decades on the ATP Challenger Tour.

The tournament is the pride of professional tennis in Uruguay and was its lone ATP Challenger event for many years, prior to the recent arrival of the Punta Open in Punta del Este. It is a party all week at the famous Carrasco Lawn Tennis Club, with the adjacent Arocena Street a vibrant scene with food trucks, live music and games in the sponsor village, accompanying the world-class tennis on the courts.

"I had very beautiful moments there, winning the tournament," said World No. 13 Diego Schwartzman. "It's always a pleasure to play in Uruguay. Every moment I was there I enjoyed it to the fullest. Many people in the organization I have a great relationship with. Despite not having gone in recent years because I am playing other tournaments, I always enjoy it from a distance. I hope they continue to enjoy it there and celebrate many more anniversaries."

Schwartzman, the champion in Montevideo in 2016, is one of many past winners and finalists that would go on to the Top 10 of the FedEx ATP Rankings. Former World No. 3 Guillermo Coria won the title in 2000 and was followed by another eventual No. 3 in David Nalbandian in 2001. Nalbandian defeated future World No. 5 Fernando Gonzalez in that final. Also, Juan Martin del Potro launched his career with his maiden ATP Challenger title in Montevideo in 2005.

The Uruguay Open is held at the Carrasco Lawn Tennis Club, a historic facility founded in 1943. Located in the residential neighborhood of Carrasco, the award-winning club has been recognized internationally for its excellence in hosting world-class sporting events. It consists of 22 clay courts, two football fields, one hockey field, four Olympic-sized swimming pools, three gyms and a cultural and social centre featuring a theatre room and art space.

Former World No. 27 Diego Perez has run the tournament since he retired in the late 1990s. The Uruguayan won his lone ATP Tour title in Bordeaux in 1985 and earned more than 200 match wins at the tour-level. He is one of many former players who have become Challenger tournament directors, especially in South America, along with Luis Horna (Lima), Andres Gomez (Guayaquil) and Nicolas Lapentti (Ambato).

Diego, congrats on 20 years. How proud are you to reach this milestone?
I'm really proud and happy. I really love my job. I love doing what I do. Last year was tough not to have the tournament. I missed it a lot. Since we knew that it was going to happen this year, it was a big satisfaction. My team is not big, but we are many good ones. In terms of, they really do the best work and they always do what's best for the tournament. Every year we try to do it better. The copy-and-paste is only for things that really works. If it doesn't, we change it. If something isn't our best, we try it another way. We always try to improve, especially the little details.

You've been a part of this tournament for all 20 years. Not many directors stay for that long. What has this experience been like for you?
For a long time, Uruguay didn't have any other tournament. We were the only one. Now, in recent years we've also had the Punta Open in Punta del Este, but this is still a big event for our country. What keeps me going is that this is an important event for Uruguay. We're the Uruguay Open. It's the No. 1 tournament in this country with the ATP. The site is beautiful and we try to make this an ATP Tour event on the Challenger Tour. I always say that in order to make a tour event here, you only need money, because the rest is already there. It's the main event in Uruguay and that's what keeps me going. 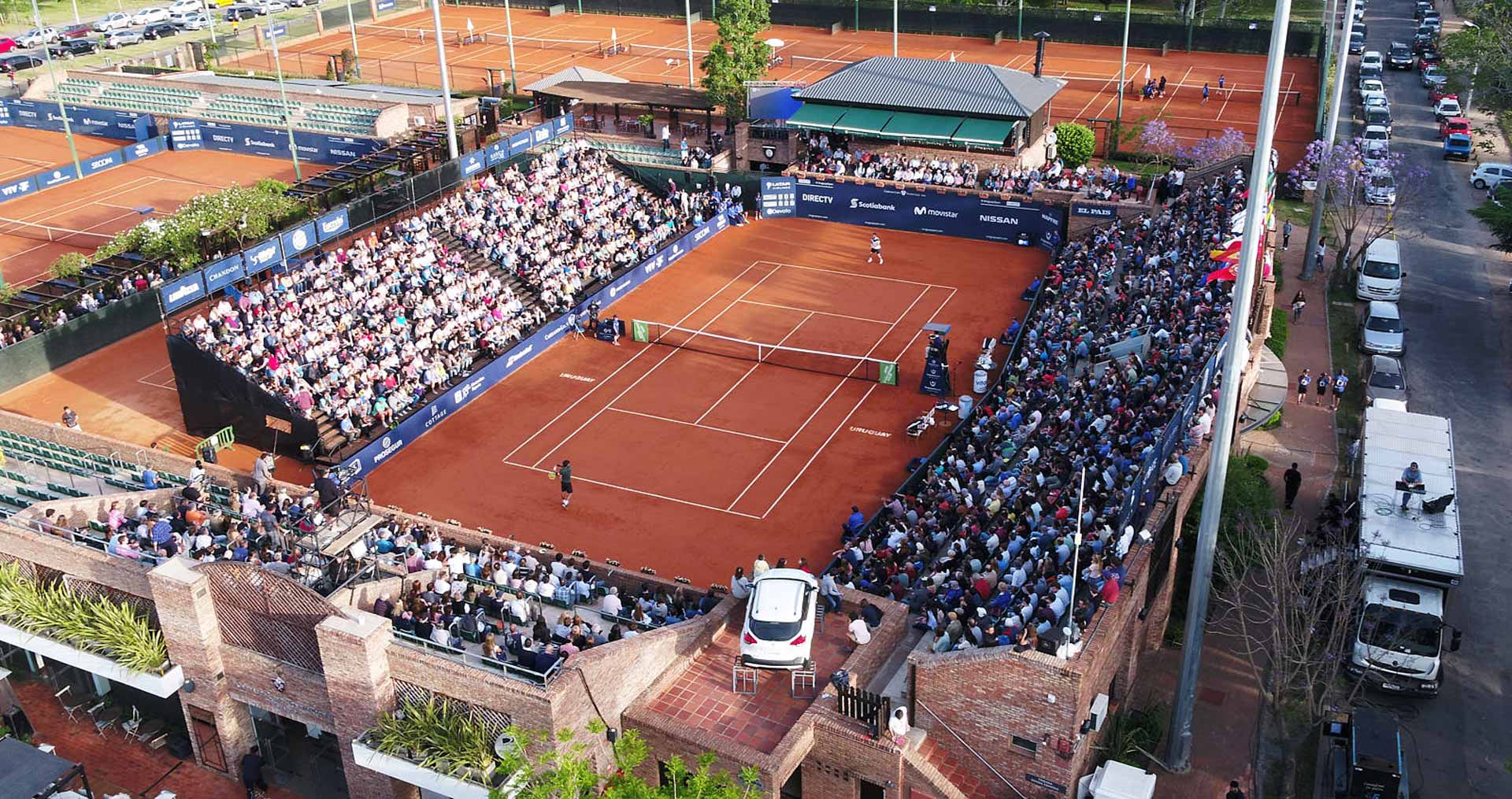 Speaking of that, how rewarding is it to give back to tennis in your country?
That's what it's all about. That's my side of helping tennis in Uruguay. I don't like to be in the court anymore and I haven't been playing much since I retired 25 years ago, but I've wanted to stay in tennis. That is, outside the court. I'm really happy with what I do and the kids are really happy to see these players coming every year. We've had really well known players these last 20 years.

I remember when it started as the Copa Ericsson, the winners were David Nalbandian and Guillermo Coria and we had Fernando Gonzalez reach the final. Gaston Gaudio was playing here and also Juan Ignacio Chela and Nicolas Massu. We've had very big names. And of course the very first tournament won by Juan Martin del Potro was here. And after that we had guys like Pablo Cuevas and Diego Schwartzman winning, not too long ago. And of course, the fans want them to come back, but you have to wait until they retire for them to stop by Montevideo again.

For you, how important is it to grow the game in South America?
In Uruguay, it's a small number of people playing the game. We've been trying to work on that for a long time. In the region, I'm sure having these Challengers has helped a lot. In Argentina and Chile there are very good players and the same with Ecuador now. In Peru too with Juan Pablo Varillas coming up. I'm sure these tournaments have helped a lot in the region. In Uruguay, you have to be really lucky to make it to the Top 200. That's what's missing here. We are missing more tennis players to inspire the others, but that's why this tournament is so important.

How has the tournament grown and evolved over the years? What is the biggest change and improvement?
We try to grow and improve the event every year. You know, it's the VIP area that is so important for us. It's important to have a nice place for the people to come and have dinner, a few drinks, a DJ playing some nice music and make a nice atmosphere. We spend a lot of money on that. We make that money back. Over the years, we started to make it a better experience. Do you like champagne? Sure. Do you like paella? Do you like tennis? Ok, come on over. We have a very nice VIP area and every year it's getting better. I think that helps raise the money. We sell it to different companies and they bring their clients. For my Challenger, this is the formula to keep on going and get more sponsors. 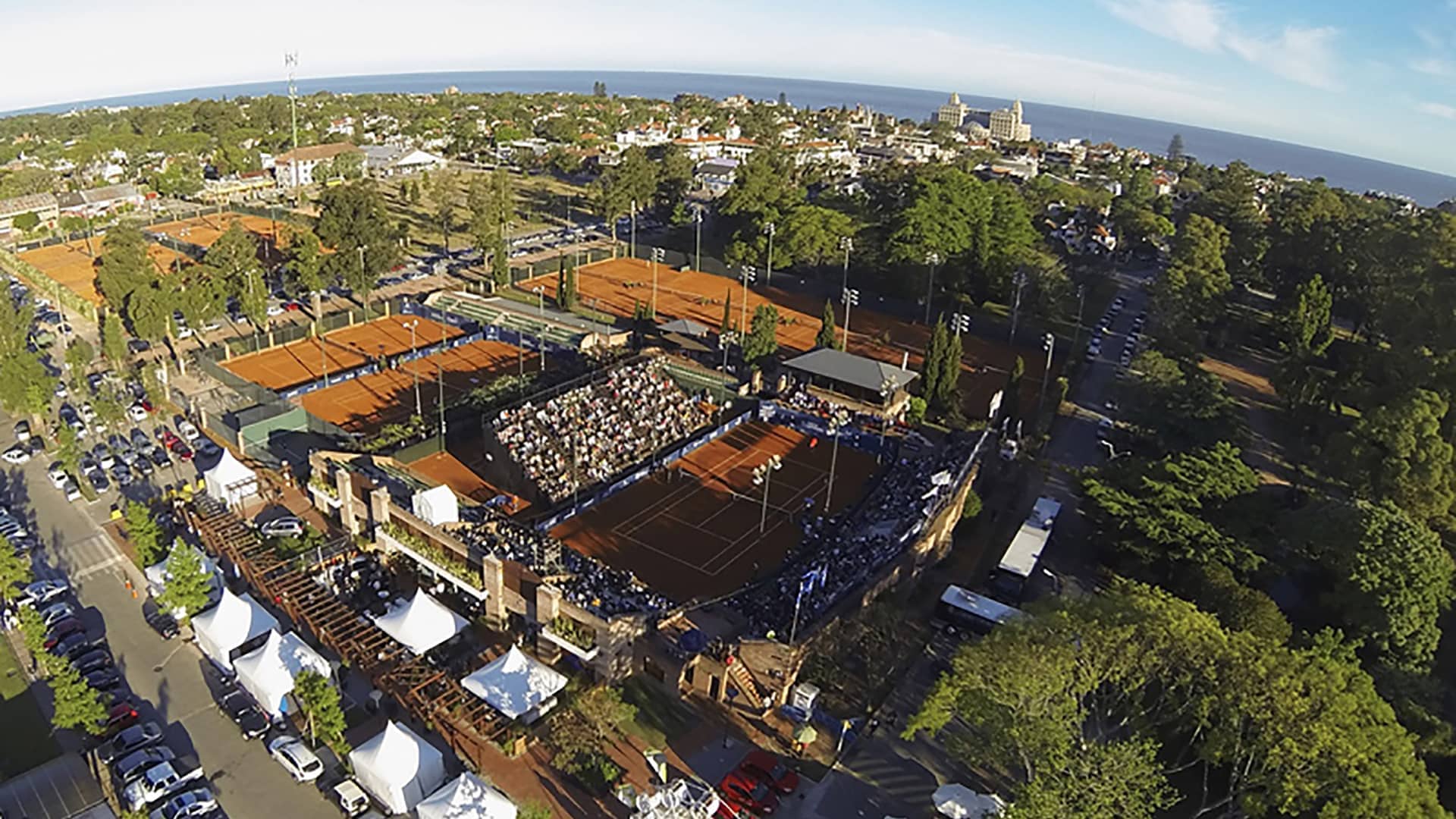 That said, the Uruguay Open has an incredible fan experience. It really seems like a party every day. How important is that?
We try to help the fans also. What we've done in the past few years is to close off the street that is next to the club and have food trucks and live music and some kind of games for the people to play around. For tennis, either you live in a country like Argentina where there are 2 million people that play the game, or you live in Uruguay where tennis is very small. People want to see Nadal and Federer come here, but you have to make them understand that having 13 or 14 players in the Top 150 in the draw is really good. We've also had many Top 100 players in the draw. We do all this with a lot of passion.

Being a former player gives you a unique perspective. How has that helped you in this role?
I would love to do more for the players. I would love to raise the prize money. But I know they enjoy the transport, the hotel, the food, the club is really wide open for them. The area is really nice and friendly. You have the beach that is really close. The hotel is nearby. I think all that helps to make the players feel more comfortable. As a former player, I know there are a few things to provide a better service and that's what I'm looking to do.

What are your memories competing on the Challenger Tour? How important was that part of your career?
It was always important, but my career was not conventional. I won my first [FedEx ATP Rankings] points in Rome, at the Masters 1000 event. I was playing a junior event there and I got to the semi-finals. The top four juniors got wild cards for the qualifying. That's how I qualified and won my first points there. I was always mixing my time between tour events and Challengers. I have the biggest respect for Challengers. I think it really helps the players as they move up the rankings.