Nuno Borges celebrates his maiden Grand Slam main-draw win at the 2022 US Open.

Grant Thompson
This article contains:
The 25-year-old is a former college standout at Mississippi State

Portugal’s Nuno Borges might just celebrate making his Top 100 debut by putting to use one of his biggest passions outside of tennis.

“I like to bake cakes,” Borges told ATPTour.com “I think I got that from my mom, I used to help her when I was young and I guess I still have that in me, it’s a side of me that not many people know about.”

After a second consecutive standout year on the ATP Challenger Tour, Borges found himself knocking on the door of the Top 100 on the eve of the US Open. Then at Flushing Meadows, the 25-year-old advanced through qualifying before reaching the second round, a run that lifted him to World No. 93 in the Pepperstone ATP Rankings.

Borges ousted fellow college standout Ben Shelton at the US Open in a five-set opening round thriller, 7-6(6), 3-6, 7-6(5), 6-7(8), 6-3. The Portuguese boasted a prominent career at Mississippi State University, including a 31-match winning streak before falling short in the 2019 NCAA Singles Championship (l. Jubb). Shelton, 19, claimed the 2022 NCAA singles title and announced his decision to turn professional this summer.

“I grew so much throughout those four years [in college],” Borges said. “I developed a lot physically and mentally, not having mom and dad to help you out all the time was good. It helped create a sense of responsibility and accountability towards myself and my teammates.

“Sometimes not just thinking about myself, but playing for something greater keeps you on your toes the whole time. Playing every match with everything I have, that’s the best thing college brought me.”

Borges, who turned professional in 2019, has qualified for three Grand Slam main draws this season: Roland Garros, Wimbledon, and the US Open. To his surprise, the professional success came rather quickly.

“[It’s came] so fast, a lot of first things happening really close to each other,” Borges said. “Like first qualies at a Slam, first main draw, first Davis Cup, even a couple years ago, my first Challenger main-draw and winning a couple Challenger matches. I never expected it. You set yourself a goal maybe medium-term but I’m going pretty fast on those goals and I’m really grateful. I’m very happy with where I’m at now and wouldn’t change it for anything.”

In 2021, Borges reached three ATP Challenger Tour finals, including in Antalya, Turkey, where he collected his first Challenger title (d. Peniston). This season, he was crowned champion at the Barletta Challenger (d. Zekic) in April. As he drew closer to cracking the Top 100 this summer, Borges admitted that he would sometimes check and see how close he was to his goal.

“I usually don’t check [the rankings] at all,” Borges said. “The past couple months, I would check more than usual, I'm not going to lie. But it wasn’t the most obsessive thing in my head, I was just trying to play my tennis.

“I wanted to be Top 100 and it’s the number that other people put in their head as a huge mark. Thankfully, when I was at the US Open, I didn’t even worry much about it, such a big tournament and event, I think that’s what helped. I got my head distracted with all that was going on throughout the Grand Slam, enjoying the moment, grinding like crazy and somehow made it. It’s like a dream come true.” 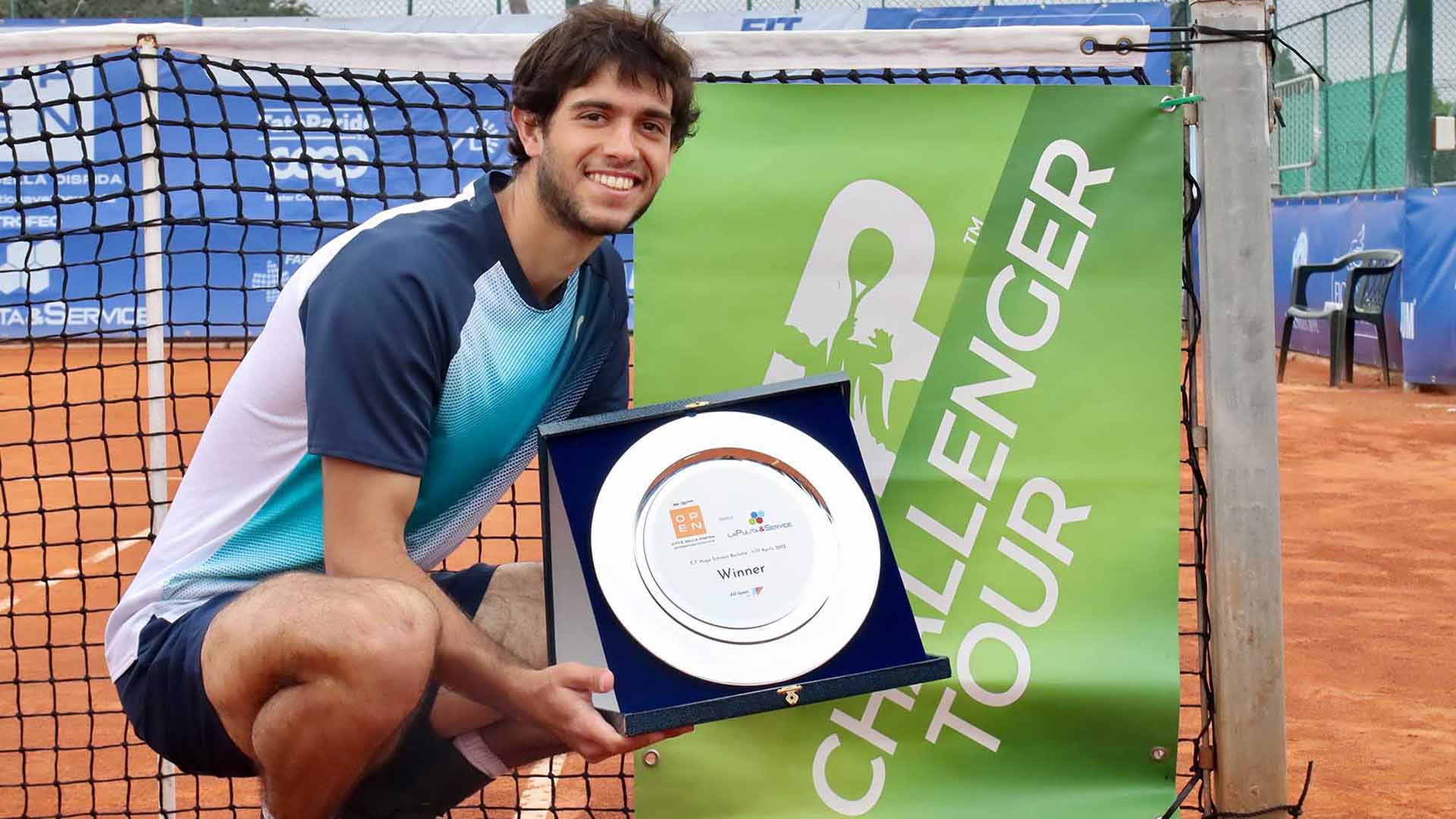 The two-time Challenger titlist, boasting a 26-14 match-record at the Challenger level this season, believes the ATP Challenger Tour has been a vital part of his pathway to the Top 100.

“A lot of players deserve more credit than what they get because they’re still incredible players. Someone around 300 is still just as good as the guy who is 130 or 120. Anything can happen there. I think it’s essential to have the Challenger Tour and these tournaments are what prepare us for what’s next.”

Borges is due to represent his home country in the Davis Cup World Group I clash against Brazil, which starts 16 September. He is scheduled to play the second singles match against Thiago Monteiro and will also pair up with Francisco Cabral in Saturday’s doubles match.

Earlier this season, Borges and Cabral went on a 17-match winning streak across all levels in which they collected three Challenger doubles titles and their maiden Tour-level crown at the ATP 250 event in Estoril. In 2021, the duo dominated the Challenger doubles circuit, securing a Challenger Tour season-leading six titles.

“Francisco and I have good chemistry. We’ve known each other for a long time, I think I have the first memory of us at like nine or 10,” Borges said. “We have a lot of experience together and we’ve just developed what we have throughout the years. We started at Futures, we were working pretty well, that’s when we were like, ‘Okay, we can keep going!’”

After Portugal hosts the Davis Cup tie, Borges will stay on home soil as he competes at the ATP Challenger 80 event in Braga.