Holger Vitus Nodskov Rune is the champion in Bergamo, claiming his fourth ATP Challenger title of 2021.

The 18-year-old Dane enters Milan on the heels of a historic victory in nearby Bergamo, Italy, claiming his fourth ATP Challenger title of the year. He battled past Cem Ilkel 7-5, 7-6(6) to triumph in Sunday's championship.

Rune has taken the Challenger circuit by storm in 2021 and he would etch his name in the history books with his latest title. At the age of 18 years and six months, the teen became the second-youngest player to win four titles in a single season. Only a 17-year-old Richard Gasquet was younger when he achieved the feat in 2003.

In addition, Rune joins the exclusive list of players to win four titles before their 19th birthday, along with Gasquet (7), Tomas Berdych (5), Carlos Alcaraz (4), Felix Auger-Aliassime (4), Mario Ancic (4), Guillermo Coria (4) and Hyeon Chung (4). It was yet another statement victory in a season of breakthroughs for the Danish sensation.

"It doesn't happen every week to have such support, but in Italy it does," said Rune. "I have always liked playing in this country. I have an attitude and an approach similar to that of the Italians." 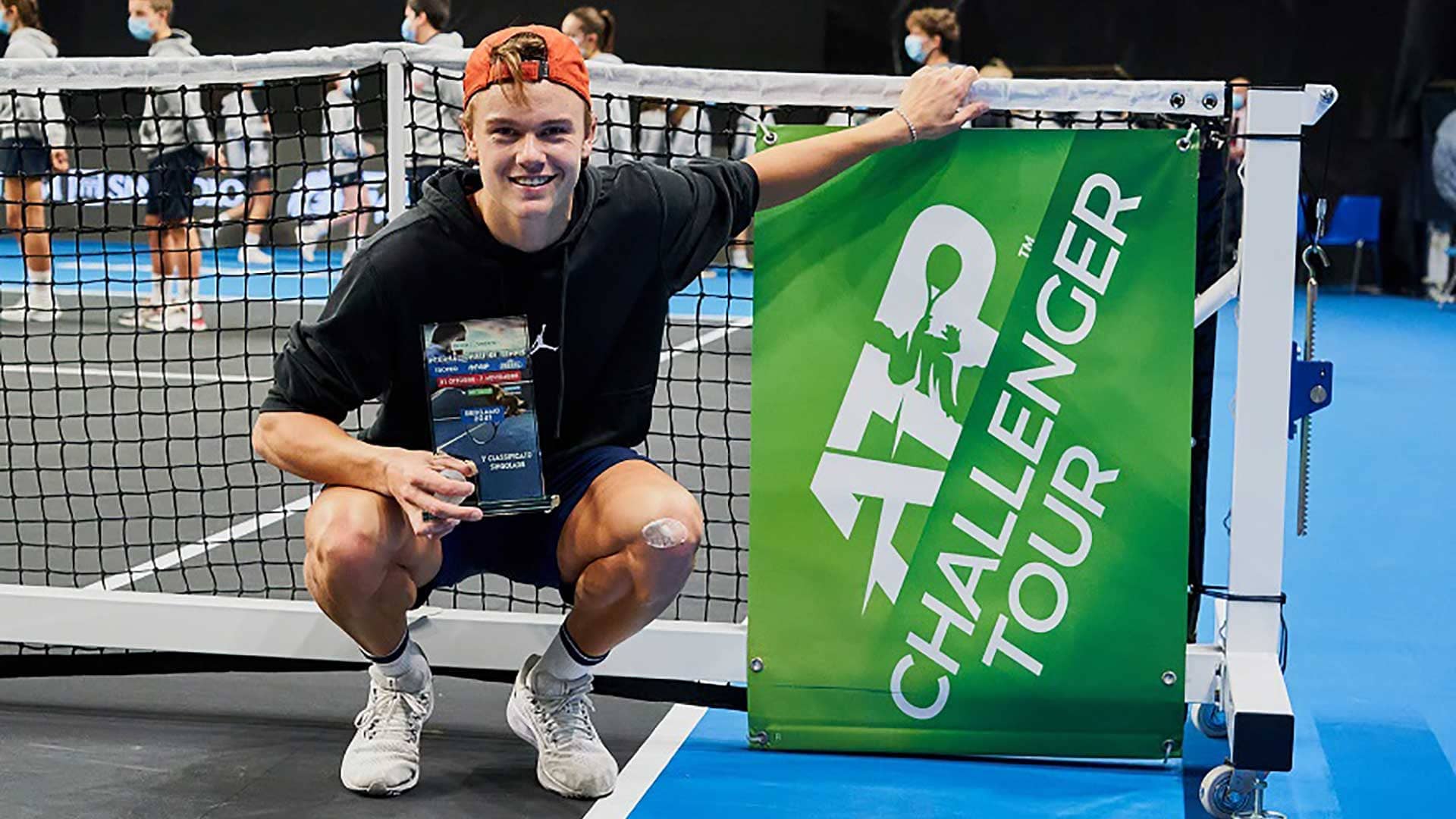 Rune, who improved to 36-9 on the ATP Challenger Tour this year, has enjoyed the majority of his success on Italian soil. Three of his four titles came in Italy, prevailing on the clay of Biella and Verona, before adding a first hard-court crown in Bergamo on Sunday.

The 18-year-old enters the Intesa Sanpaolo Next Gen ATP Finals having been battle-tested in Bergamo. After rallying from a set down to defeat Filip Horansky in the second round, he overcame former World No. 23 Damir Dzumhur and top seed Alex Molcan in deciding sets to reach the final. There, he stormed back from a break down in the second set to defeat Ilkel.

"I think the most difficult thing about this final was the mental aspect," said Rune. "He played an excellent tournament, he expressed his best tennis. We had played in similar conditions a couple of years ago and it was a battle, but again I found a way to win."

Youngest Players With Four Titles In A Season

Rune follows in the footsteps of fellow #NextGenATP star Jannik Sinner in lifting the Bergamo trophy. The Italian was the defending champion this week, having claimed his maiden Challenger title at the Trofeo Faip–Perrel in 2019. In fact, Rune is the youngest player to win a hard-court crown since Sinner two years ago.

"It could have been the last Challenger of my career," Rune added. "Maybe I could play a couple more to get into the Top 100, then I'll focus on the Grand Slams and ATP Tour tournaments. I am enthusiastic about the idea." 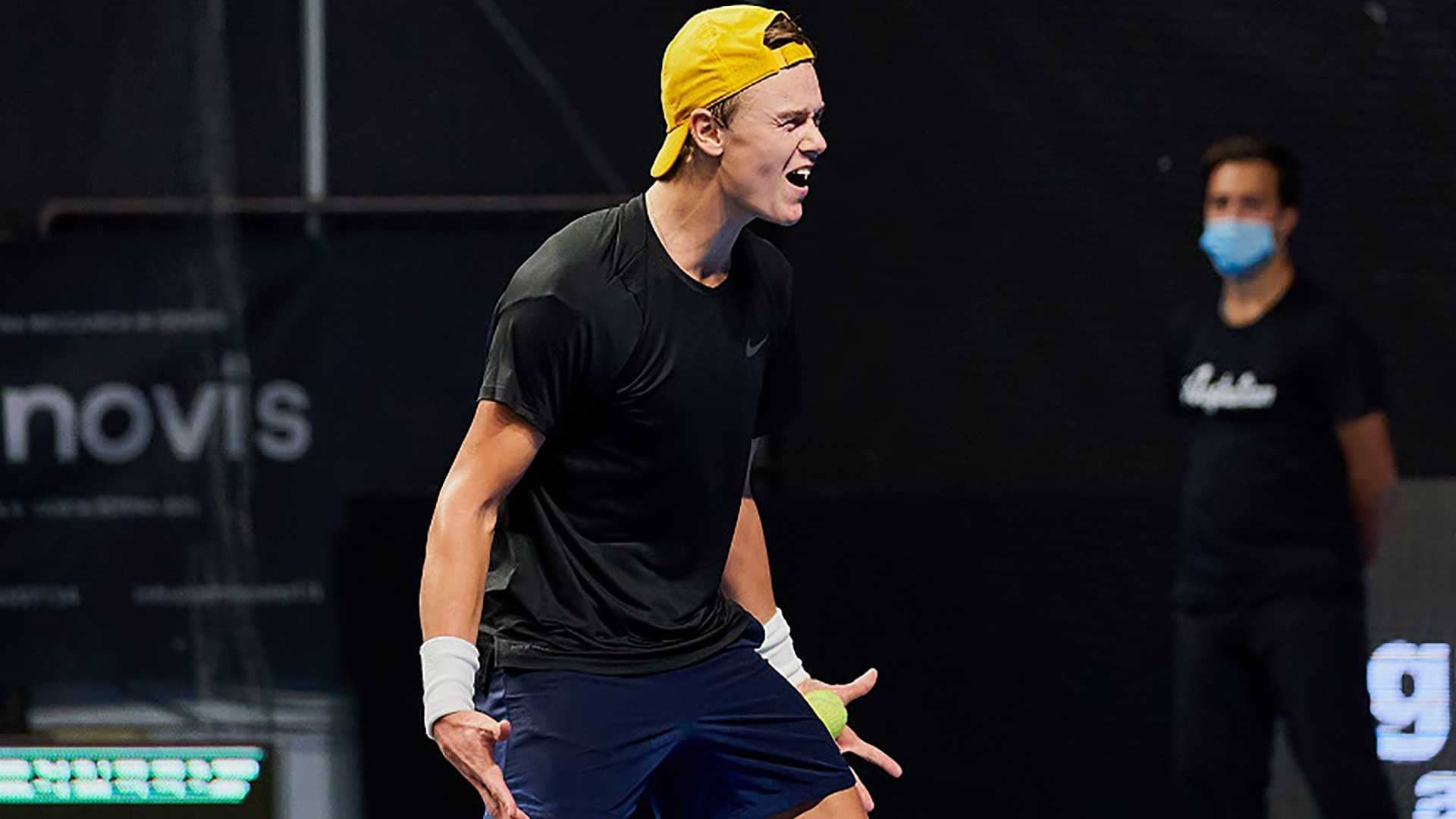 Rune will open play in Milan on Tuesday, facing Carlos Alcaraz. Also in Group A are Juan Manuel Cerundolo and Brandon Nakashima.