Pedro Munoz had a vision for the future of tennis in Spain. The year was 1991. Spanish tennis was beginning to enter the forefront on the global stage and would soon establish itself as a factory of clay-court stalwarts on the professional circuit.

For decades, tennis on clay has ruled in the European nation. The future stars of the ATP Tour, from Carlos Moya to Juan Carlos Ferrero and Rafael Nadal, would be raised and groomed on dirt across the country. Mastering the clay was a right of passage for those looking to develop their talents and take the next step at the pro level.

As the game continued to grow in popularity and a new generation of Spanish stars hit the courts, it was Munoz who saw an opportunity to take his beloved sport to the next level... on hard courts. The Spaniard was a pioneer in his country, seeking to transform the tennis landscape with the addition of a new tournament in his native Segovia.

This wasn't your typical Spanish tournament on clay. As Munoz established the Open Castilla y Leon Villa de El Espinar, he introduced an integral aspect that would distinguish the event from all other professional tournaments in Spain. Munoz founded the country's first premier hard-court tournament.

While preserving the rich culture of Spanish tennis, Munoz sought to bring an enduring hard-court presence to his homeland. And, equally as important, he hoped to integrate the local community of the Castilla y Leon region into the fold. 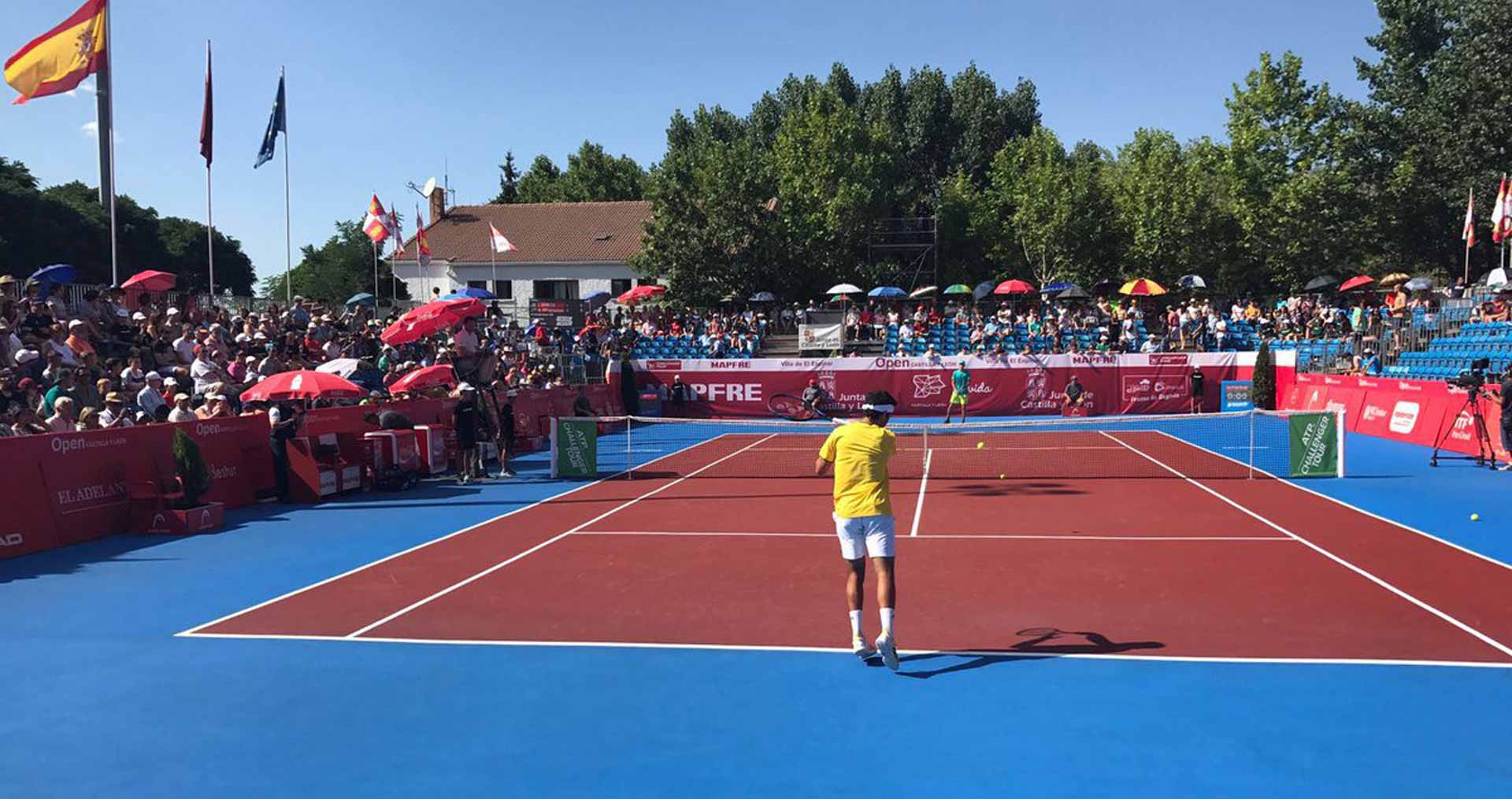 What started as a Spanish Tennis Federation event in 1986, the Open Castilla y Leon would later debut on the ATP Challenger Tour in 1991. Munoz's vision was realized and now, after 30 years, the tournament celebrates the milestone anniversary this week. That is, three decades of players and fans witnessing hard-court Challenger tennis in Segovia. Its longevity is not only a testament to Munoz's ambition, but the many legends who have entered the gates of Villa El Espinar throughout the years.

On Monday, the tournament launched its 30th edition with a special ceremony to honour Munoz, who passed away at the age of 72 in January. Also a former president of the Spanish Tennis Federation (RFET), his legacy remains the heart and the soul of his beloved tournament.

"This tournament has been important for the city of Segovia and the region as a whole," said tournament director and former WTA No. 1 Virginia Ruano. "In terms of tennis, it contributes a lot to the growth of the sport in Spain. It has helped many young Spanish players, being an important and unique hard-court event for them on the calendar.

"For me, after everything that we have suffered through in the past year, the tournament continues and has survived such a difficult time with the pandemic. We've reached our 35th edition in total and 30 on the ATP Challenger Tour. It is, however, sad that we are missing the creator and president of the tournament, Pedro Munoz. I do know that the entire organization is going to work with double enthusiasm to keep his legacy as high as possible, as Pedro would like."

Segovia enters exclusive territory, as just the fifth tournament to join the '30-Year Club' on the ATP Challenger Tour. Last week, the Tampere Open in Finland celebrated its 39th anniversary and is followed by San Luis Potosi, Mexico (34), as well as Istanbul, Turkey (34) and Aptos, California, USA (32). In September, another Spanish tournament - the Copa Sevilla - is poised to also reach 30 years.

The Open Castilla y Leon launched its 30th edition with a plaque unveiling on Monday, paying tribute to Munoz. The tournament site was renamed the Pedro Munoz Municipal Tennis Complex in his honour.

"I don't know where to begin, but what I would like to say is 'thank you'," Fernando Verdasco posted on Instagram following Munoz's passing. "You have always helped and supported me personally and you treated me like a member of your family. Thank you for the wild cards into the Open Villa de El Espinar, which gave me the start of my career. It helped me to get where I am today."

Officially referred to as the 'Open Castilla y Leon Villa de El Espinar', the tournament takes its name from the local region, an aspect that Munoz valued strongly. Castilla y Leon is the province in Spain where Segovia is located and El Espinar is the local municipality.

The tournament site is comprised of public, municipal courts and is located in the middle of the recently transformed 'Reserva de la Biosfera' (Biosphere Reserve) in El Espinar. It is 35,414 hectares (87,511 acres) of preserved land, with mountain peaks, pastures, pine forests and vast plains surrounding the tennis facility.

Maintaining the local theme throughout the tournament, the trophy is no exception. Each year, the champion lifts an artisanal crystal bowl made at the Royal Crystal Factory in nearby La Granja. They are unique pieces that are mouth-blown, wheel carved and fire-gilded and based on originals from the 18th century.

The longest-running ATP Challenger event in Spain has also served as a launching pad for the future stars of the ATP Tour. Rafael Nadal won his first career hard-court tournament there in 2003, with fellow World No. 1s Roger Federer, Andy Murray and Yevgeny Kafelnikov also competing in Segovia.

Nadal is joined by Verdasco (2007), Juan Martin del Potro (2006), Pablo Carreno Busta (2013) and Radek Stepanek (1998) as eventual Top 10 players to lift the trophy at the Open Castilla y Leon. And like Nadal, it marked the first hard-court crowns for all of them. Former World No. 3 Sergi Bruguera also won the title in 2000, in the latter stages of his career.

In recent years, the #NextGenATP contingent have made their mark, with current World No. 18 Alex de Minaur reaching the final in 2017 and 28th-ranked Ugo Humbert claiming his maiden Challenger title the following year. Spain's own Nicola Kuhn is the defending champion, having seized his second Challenger crown at the age of 19 in 2019.

“I think I have some of the best memories in Segovia, because I played in front of the home crowd in late night matches on the center court," Kuhn told ATPTour.com. "I loved the attention and the support I was getting from the people. It was an absolute honor to play there. I enjoyed every second of it! Obviously winning a tournament is always special, but this one I will never forget.”