Swiss teenager Dominic Stricker strengthened his claim for a position at the Intesa Sanpaolo Next Gen ATP Finals by winning his second ATP Challenger Tour title of the year on Sunday. The 19-year-old rallied from a set down to defeat former World No. 10 Ernests Gulbis 5-7, 6-1, 6-3 at the inaugural Finaport Zug Open.

The left-hander becomes the youngest player to win a Challenger title on both clay and hard in 2022 and joins Italy’s Luca Nardi as the only teenagers with multiple Challenger titles this season.

“It‘s been a fantastic week. I felt good from the start and showed great tennis,” Stricker said. “It seems that inaugural tournament editions suit me very well. After my first Challenger title in Lugano, it has now worked out here in Zug. My first title on clay and at a 125 tournament on home soil as icing on the cake.

“That helps me enormously on my way. With my new ranking - the highest of my career so far - I can head for the next goal: Qualifying for the main draws of the Grand Slams.”

It was a gruelling week for the budding Swiss star, who came back from a set down in the first round against Jozef Kovalik. With rain halting play on Friday, Stricker was forced to play his quarter-final and semi-final on Saturday. On Sunday, in front of a packed crowd in Switzerland, the 2020 Roland Garros boys’ champion captured his first Challenger title on clay after another comeback from a set down.

Gulbis, 33, who reached the Cherbourg Challenger semi-finals in February, was looking for his first Challenger title since Pau in February 2020.

You May Also Like: ‘Not A Typical Lefty’: #NextGenATP Swiss Stricker On Federer Link & U.S Success

Brancaccio is the 10th different Italian champion of 2022 and follows in the footsteps of countrymen Matteo Berrettini and Fabio Fognini, who both are past champions in San Benedetto. The Italian rises to a career-high 204 in the Pepperstone ATP Rankings.

Ecuador’s Emilio Gomez did not drop a set all week at the Winnipeg National Bank Challenger presented by M Builds to acquire his fourth Challenger title and second of the year. During Sunday’s championship match, the 30-year-old saved 11 of 12 break points faced en route to a 6-3, 7-6(4) victory over home hope Alexis Galarneau.

Gomez, son of 1990 Roland Garros champion Andres Gomez, is the first player from Ecuador to win multiple titles in a season since Giovanni Lapentti in 2008. His latest title in Canada draws him closer to the Top 100 for the first time as he reaches a career-high 121 in the Pepperstone ATP Rankings.

Former World No. 14 Kyle Edmund played his first singles match in almost two years when he advanced through qualifying to reach the second round. 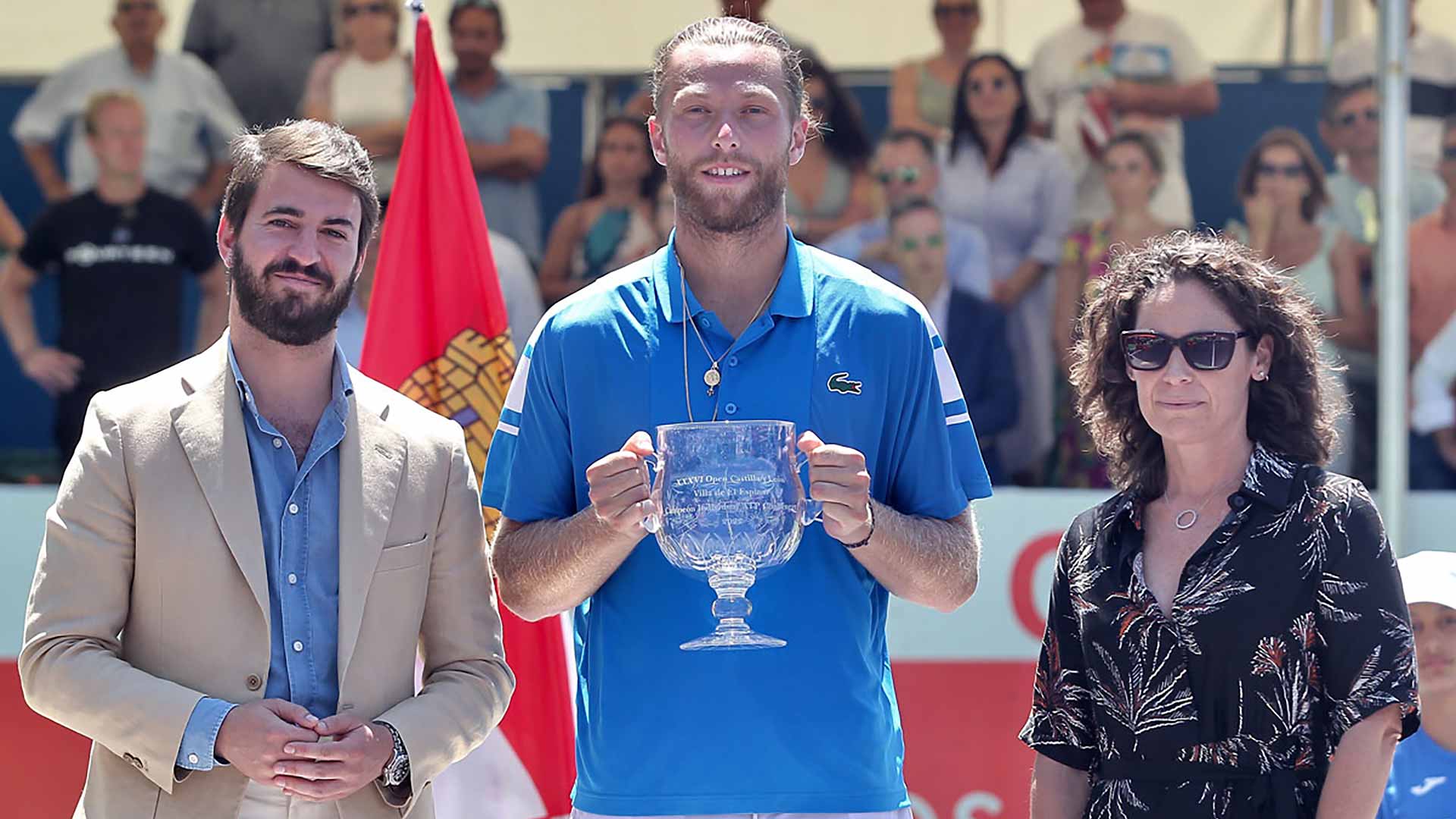 In the 31st edition of the Open Castilla y Leon, Frenchman Hugo Grenier dropped just one set all week to collect his second Challenger title and first of 2022. In the all-French final, Grenier defeated Constant Lestienne 7-5, 6-3 to end Lestienne’s recent hot streak, during which he won 14 of 15 matches.

This past month, Grenier made his Grand Slam singles main draw debut as a lucky loser at Wimbledon. The 26-year-old went on to win his first-round match in five sets against Marc-Andrea Huesler before falling to eventual quarter-finalist Cristian Garin in the second round. Grenier’s title in Segovia, Spain moves him to a career-high 120 in the Pepperstone ATP Rankings.