Come to Tampere, Finland, in summer and three things immediately stand out.

First, the line between day and night is a blur across the entire country. With the Tampere Open held in the 60th parallel north, players are competing twice as far away from the equator as from the North Pole. At this latitude, the sun is visible until midnight every day in July, illuminating the night sky with a stunning golden-orange hue. It provides a unique backdrop for a professional tennis tournament.

Second, the idyllic landscape that surrounds the city creates a cosy and relaxing atmosphere for players and fans alike. Pine trees fill the countryside as far as the eye can see, permeating the environment with some of the cleanest air in the world. Finland is also known as the 'Country of a Thousand Lakes' and the city of Tampere is embedded within a winding network of bodies of water.

Finally, and most importantly, it is the people that make any trip to Tampere special. Finland is famous for being the 'Happiest Country in the World', a moniker which they take very seriously at the Tampere Open. Enter the tournament site and you're promptly greeted with a 'Moi' or 'Huomenta' (good morning), as you proceed to sit down for a meal in the cafe, enjoy the day in the VIP area or settle in for a match on Center Court. The hospitality is unmatched in Tampere.

It's no wonder players have been returning to the tournament for 40 years. This week, the longest-running event on the ATP Challenger Tour became the first to celebrate four decades of professional tennis. The Tampere Open was honoured by the ATP on Tuesday, with a special ceremony in front of the Finnish faithful on Center Court.

"Overall, the tournament has had a big impact in building the tennis culture in Finland," said Finnish legend and two-time Tampere Open (2001-02) champion Jarkko Nieminen. "I have a huge respect for the tournament after these 40 years. It can't be an easy task. Tampere Open has always been there and I think it's well-organised and has a good atmosphere.

"In 2001, it was my breakthrough year and the first time I won in Tampere. Even though I had some success before, it's always special to win the first title at home. I had the similar success the following year and I wanted to come back, even though I was playing the bigger tournaments. And to beat an incredibly young and talented Richard Gasquet in the final was a nice experience."

Times change and several factors result in the ebb and flow of tournaments' longevity over the years. To withstand this precise test of time and remain a symbol of durability deserves to be applauded. Led by tournament director and former World No. 48 Veli Paloheimo, a native of Tampere, the tournament has become a beacon on the Challenger Tour and a summer staple in Finland for these 40 years.

"Of course we're proud of it," said Paloheimo. "This is the biggest tournament in Finland, so it is nice that we have this here for so long in Tampere. It is a full effort with a few hundred volunteers every year. Coming together as a community is what makes this so special for everyone." 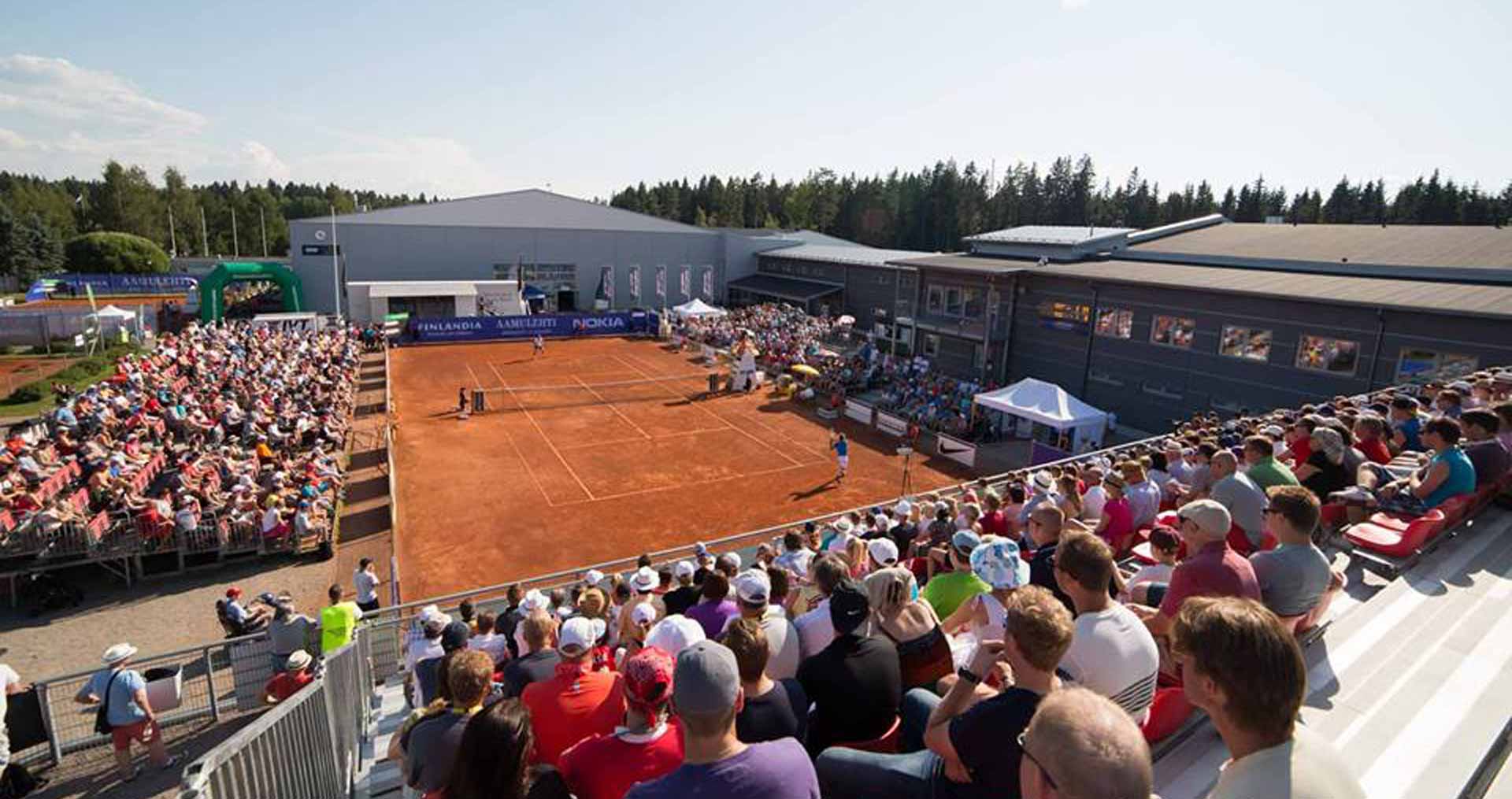 "I joined the ATP when Tampere was only 10 years old," added former Challenger director Joanna Langhorne. "It has been a pleasure and an education to share three decades of excellent cooperation with them. I wish them all the very best for this 40th anniversary event and am grateful for the opportunity to have worked alongside the tournament and the team for so many years."

This moment would not be possible without the hard work and commitment of all the tournament staff, volunteers and sponsors. And the players for whom have been provided opportunities to take the next step in their careers, acknowledge the tournament's dedication and commitment to the sport and the Tour.

The ATP Challenger Tour is the springboard to success for the stars of tomorrow and this tournament has been precisely that in the decorated careers of Carlos Moya, Robin Soderling, David Ferrer, Richard Gasquet and David Goffin. All competed in Tampere, before rising to the Top 10 in the Pepperstone ATP Rankings.

"Many congrats to Tampere on their 40-year anniversary, "said 2018 champion Tallon Griekspoor. "It's a very special place to me, where I won my first Challenger title and came back one year later and reached the final. It's always an amazing time there and feels like home. Maybe I come back one day and I just wish the tournament all the best for their 40th year."

From the ATP to the Tampere Open, here's to another 40 years as part of the Challenger family.