Andy Murray and Novak Djokovic continue their battle for the top position in the Emirates ATP Rankings.

Greg Sharko
This article contains:
A look at the biggest storylines to follow on the ATP World Tour as the 2017 season begins

The 2017 season kicks off on Sunday 1 January in Brisbane and the following day in Doha and Chennai, with all Top 5 players in action in the opening week. Andy Murray and Novak Djokovic waste no time continuing their battle for the No. 1 position in the Emirates ATP Rankings at the Qatar ExxonMobil Open, where they are the Top 2 seeds. Milos Raonic, Stan Wawrinka, and Kei Nishikori, ranked No. 3 through 5, are the top seeds at the Brisbane International presented by Suncorp.

• Streaking into 2017: Murray enters 2017 with a career-best 24-match winning streak. It’s the fourth time since 1975 (since complete records were kept) that a player closed out the season with a 20+ match winning streak. Here are the streaks to end the year (listed chronologically):

• Murray’s Key to No. 1: Murray’s service improvement in the Infosys ATP Scores & Stats Leaders in 2016 was a major factor in the Briton finishing No. 1 for the first time. Murray was among the Top 10 in three of the six service categories for the second time in his career (four in 2009):

Murray also ranked among the Top 5 in all four return of serve categories with the biggest improvement coming in return games won with a personal-best 37 per cent, a jump of 6 per cent from 2015: 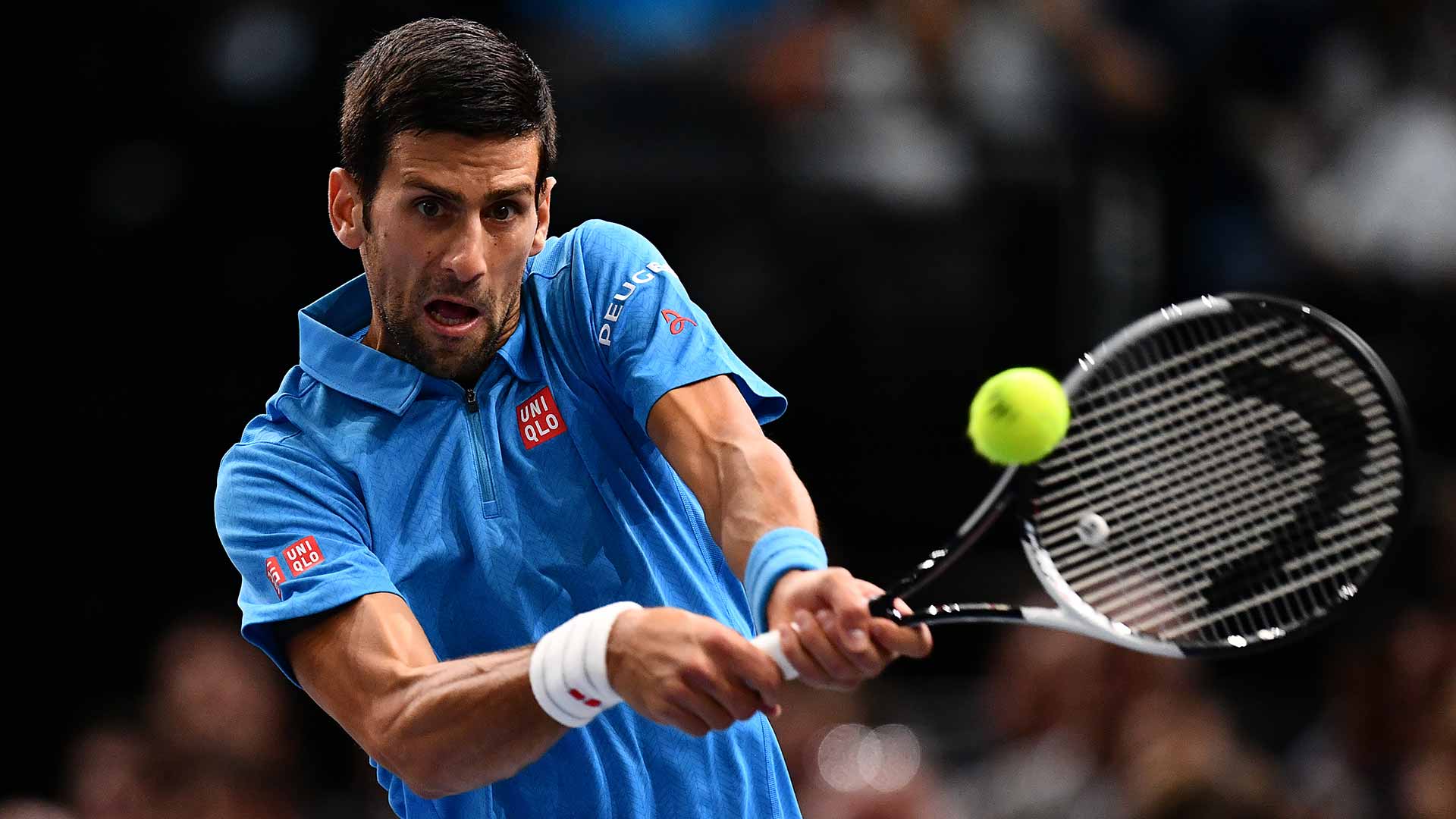 • Djokovic Top 3 Streak: Djokovic is one of four players in the history of the Emirates ATP Rankings to finish in the Top 3 for 10 or more consecutive years:

• Hard Court Points to Defend: Murray enters 2017 with a 630-point lead over Djokovic in the Emirates ATP Rankings. Here is a look at both players’ hard court points to defend from the Australian Open through the Miami Open presented by Itau:

• Milos Looks to Top 2: Raonic improved from No. 14 to a year-end best No. 3 in 2016. Raonic is attempting to become the first player outside the Big Four to rank No. 2 since Lleyton Hewitt on 18 July 2005. Raonic became the first player born in the 1990s to reach a Grand Slam final last season at Wimbledon (l. to Murray). Raonic’s eight career ATP World Tour titles is the most of any player born in the 1990s. Raonic will continue to be coached by Riccardo Piatti and 1996 Wimbledon champion Richard Krajicek has also joined the team in 2017.

• Stan Strong at No. 4: Stan Wawrinka is coming off his third straight No. 4 year-end Emirates ATP Ranking. In the past three years he is 11-1 in finals after compiling a 4-9 record in finals from 2006-13.

• Federer Returns: When Federer makes his 18th straight appearance at the Australian Open, it will be the Swiss superstar’s first tour level match since 8 July 2016 when he lost in five sets in the semi-finals to Raonic at Wimbledon. It will also be Federer’s first appearance outside the Top 10 in Melbourne since 2002 when he ranked No. 12. Federer finished last season with a 21-7 match record and No. 16 ranking. His streak of 14 consecutive years in the year-end Top 10 ended, which is second only to Jimmy Connors’ 16. His best result was a runner-up in Brisbane (l. to Raonic) in the opening week of the season. His streak of 15 straight years with at least one ATP World Tour title also came to an end. Prior to Federer’s knee injury, he was still playing at a high level as indicated in the Infosys ATP Scores & Stats. He would have been in the Top 5 if he played enough matches to qualify:

• 70-Titles Club Within Reach: Nadal and Djokovic are both closing in on 70 career titles on the ATP World Tour. Nadal has 69 and Djokovic 66 titles. If they both reach the milestone in 2017, they would join Federer (88) as part of the 70-Titles Club. The only trio to accomplish the feat in the Open Era are Jimmy Connors (109), Ivan Lendl (94) and John McEnroe (77). They all had at least 70 titles in 1994 when still active. 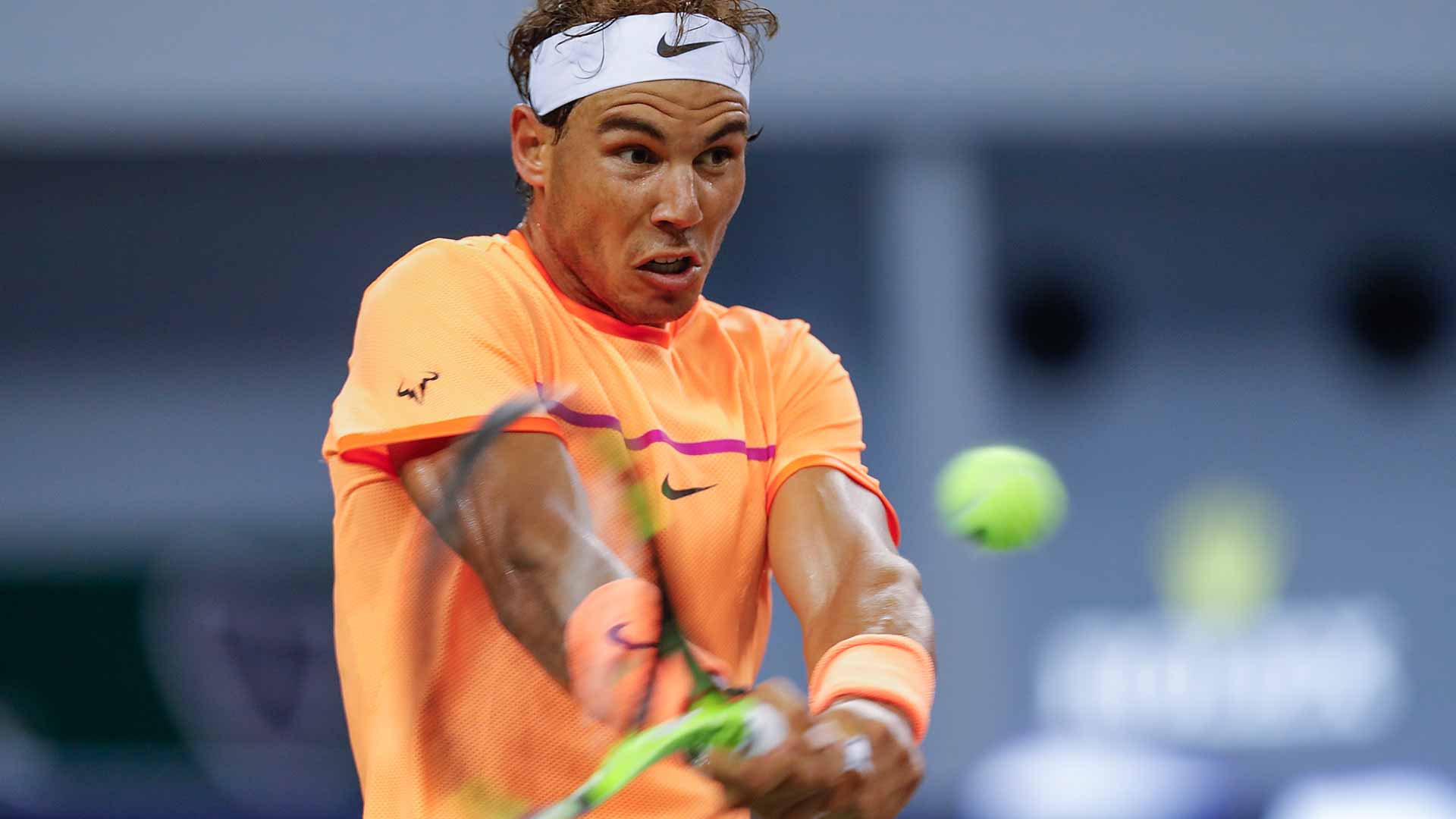 • Moya Joins Nadal Team: Nadal added fellow Mallorca native and former World No. 1 Carlos Moya to his team for the 2017 season. Moya, who helped Raonic improve from No. 14 to a career-best No. 3 last season, is the fourth former No. 1 to team up with a member of the Big Four:

• First-Time Champions: There were nine first-time champions on the ATP World Tour last season, the most since 10 in 2011. Among the first-time winners, six were 25 & under, including #NextGen stars Karen Khachanov and Alexander Zverev. Kyrgios was a member of last year’s #NextGen class.

• Top 10 Breakthrough In Sight: In 2016, four players ranked between No. 11-15 finished with their best career season on the ATP World Tour. No. 13 Kyrgios won a personal-best three ATP World Tour titles and at 21 was the youngest to finish in the Top 20. Kyrgios and the other three players look to go a step further in 2017 and break into the Top 10 Emirates ATP Rankings:

• Sascha Looks to Continue Rise: In 2016, Alexander Zverev became the first teenager to finish in the Top 25 Emirates ATP Rankings at No. 24 since Novak Djokovic (No. 16) and Andy Murray (No. 17) in 2006. The 19-year-old German reached a career-high No. 20 on 17 October after winning his maiden ATP World Tour title in St. Petersburg. He was the first teenager to win an ATP World Tour title since Marin Cilic (19) at 2008 New Haven. Zverev will look to follow in the footsteps of Gael Monfils, who finished No. 24 in 2015 before climbing to year-end best No. 7 in 2016. 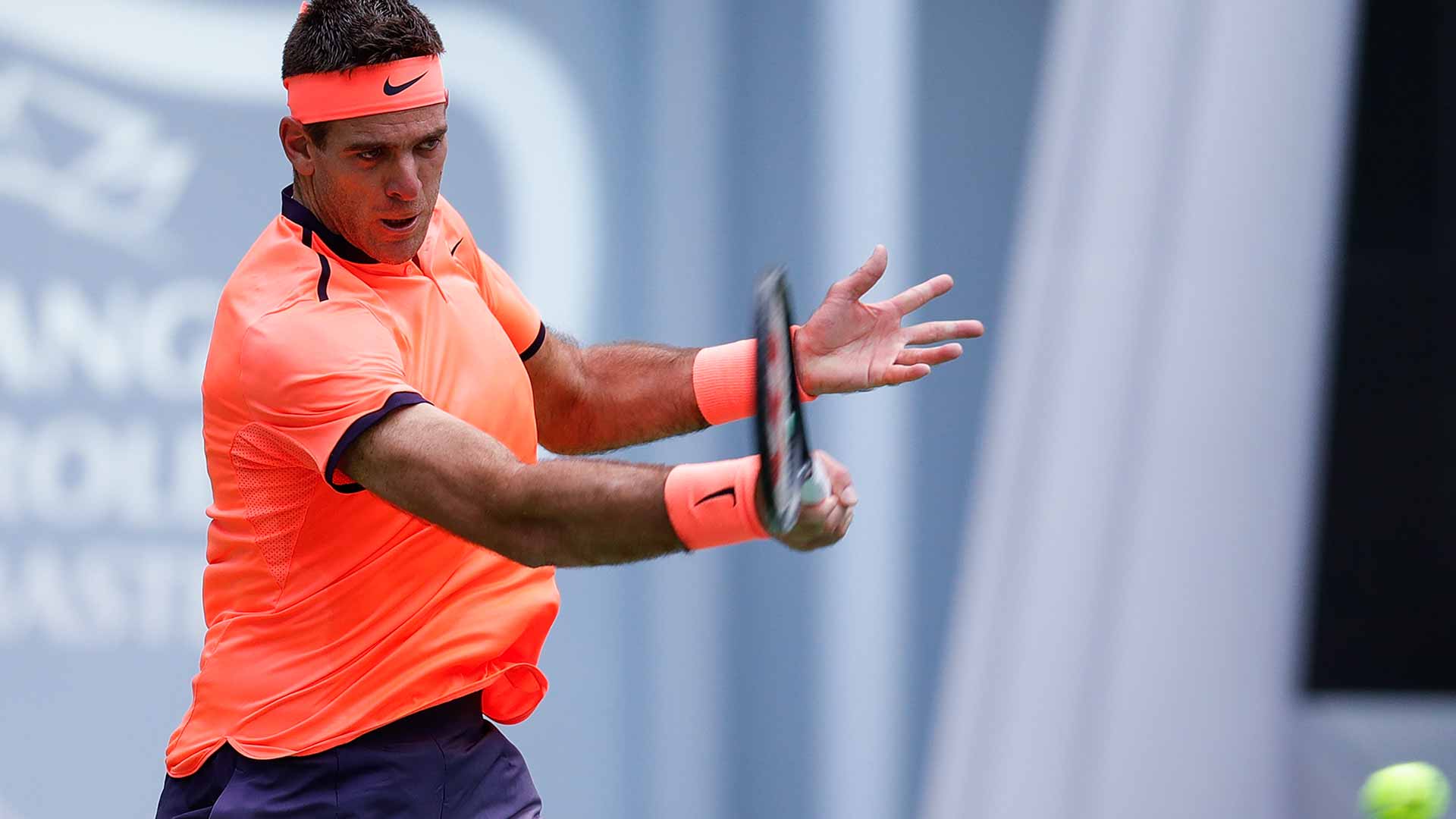 • Del Potro Comeback Leads Argentines: Juan Martin del Potro became the third player (Sergi Bruguera, Tommy Haas) to win the ATP Comeback Player of the Year twice. He also led Argentina to its first Davis Cup title and returned to the Top 50 of Emirates ATP Rankings at No. 38 (from No. 581) in 2016. He became the first player to jump from outside the Top 500 from the previous year to finish in the Top 50 since Tommy Haas and Thomas Johansson made leaps in 2004. Both were unranked in 2003 before climbing more than 1,300 spots the following season. Haas climbed 1,386 spots to finish No. 17 and Johansson 1,373 positions to reach No. 30. Del Potro announced this week that his 2017 campaign would start sometime after the Australian Open.

• Haas Returns: Former World No. 2 Tommy Haas, who will turn 39 on 3 April, is planning to return to the ATP World Tour for the first time since October 2015 in Vienna. Haas, who is the tournament director at the BNP Paribas Open in Indian Wells, plans to start his 2017 campaign at the Australian Open. Haas has a protected ranking of No. 25.

• Ivo Going Strong: Ivo Karlovic finished in the Top 20 for the first time in his career last season at No. 20. The 37-year-old Croat (turns 38 on 28 February), who won two ATP World Tour titles (Newport, Los Cabos), was the oldest player to rank in the Top 20 since Ken Rosewall (43) on 31 July 1978. Karlovic was bothered by a knee injury in the first quarter of last season, going winless (0-6) before reaching the semi-finals in Bucharest on 30 April. He finished with a 32-24 match record on the season.

• Titles Streak: There are six players who enter the 2017 season having won at least one ATP World Tour title for five or more years in a row: 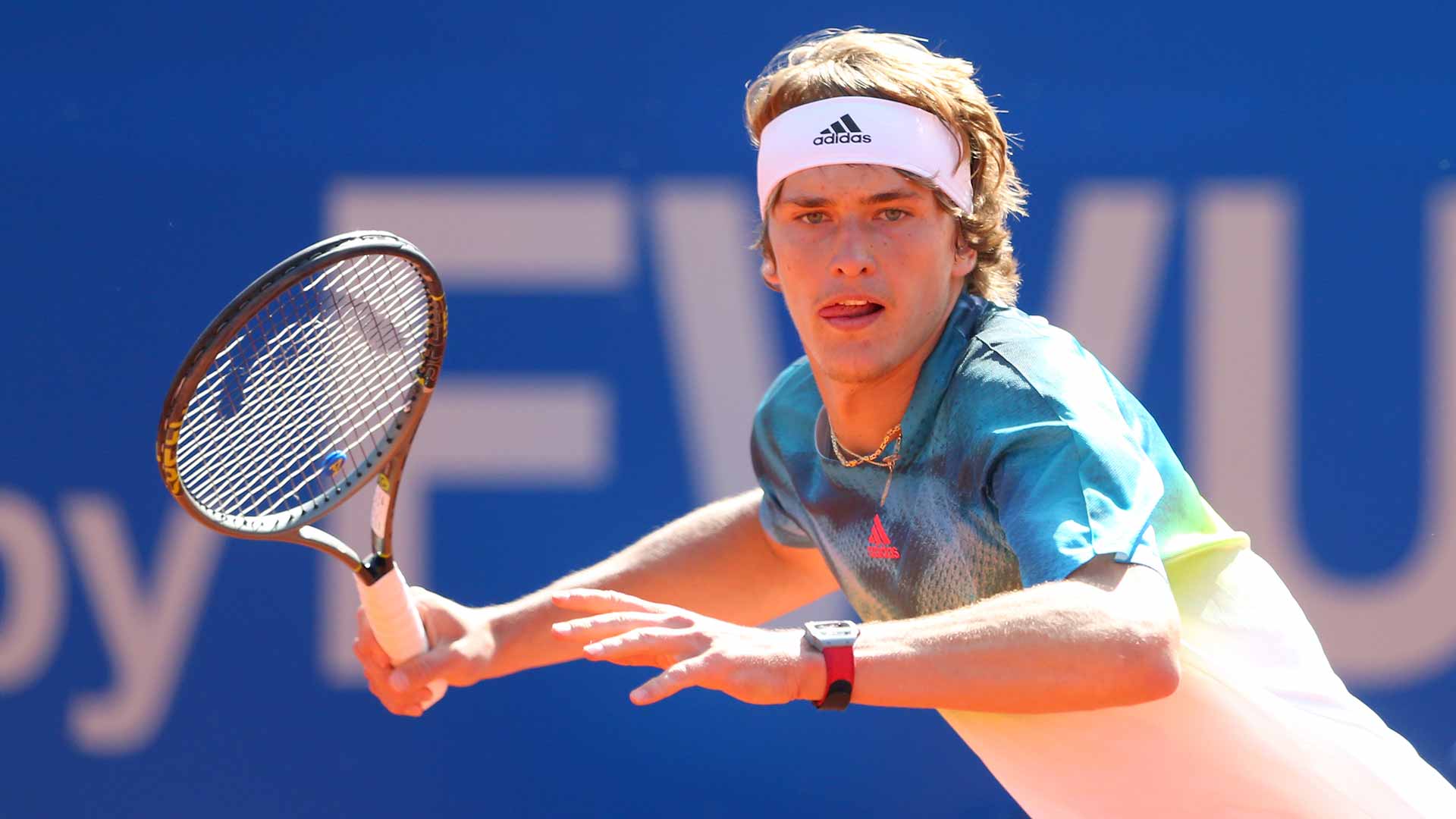 • #NextGen Class of 2017 Looking To Milan: The Race to Milan for the Next Gen ATP Finals gets underway in January and here is a look at the group of #NextGen stars on the ATP World Tour with their 2016 year-end Emirates ATP Ranking:

Editors note: This story was updated on 29 December 2016