The season's first ATP Masters 1000 had a bit of everything.

A Look Back At The 2019 BNP Paribas Open

ATP Staff
This article contains:
The season's first ATP Masters 1000 event had it all

From the opening round of the ATP Masters 1000, when 40-year-old Ivo Karlovic made history, to the final, where Dominic Thiem made personal history, relive the best moments of the 2019 BNP Paribas Open... 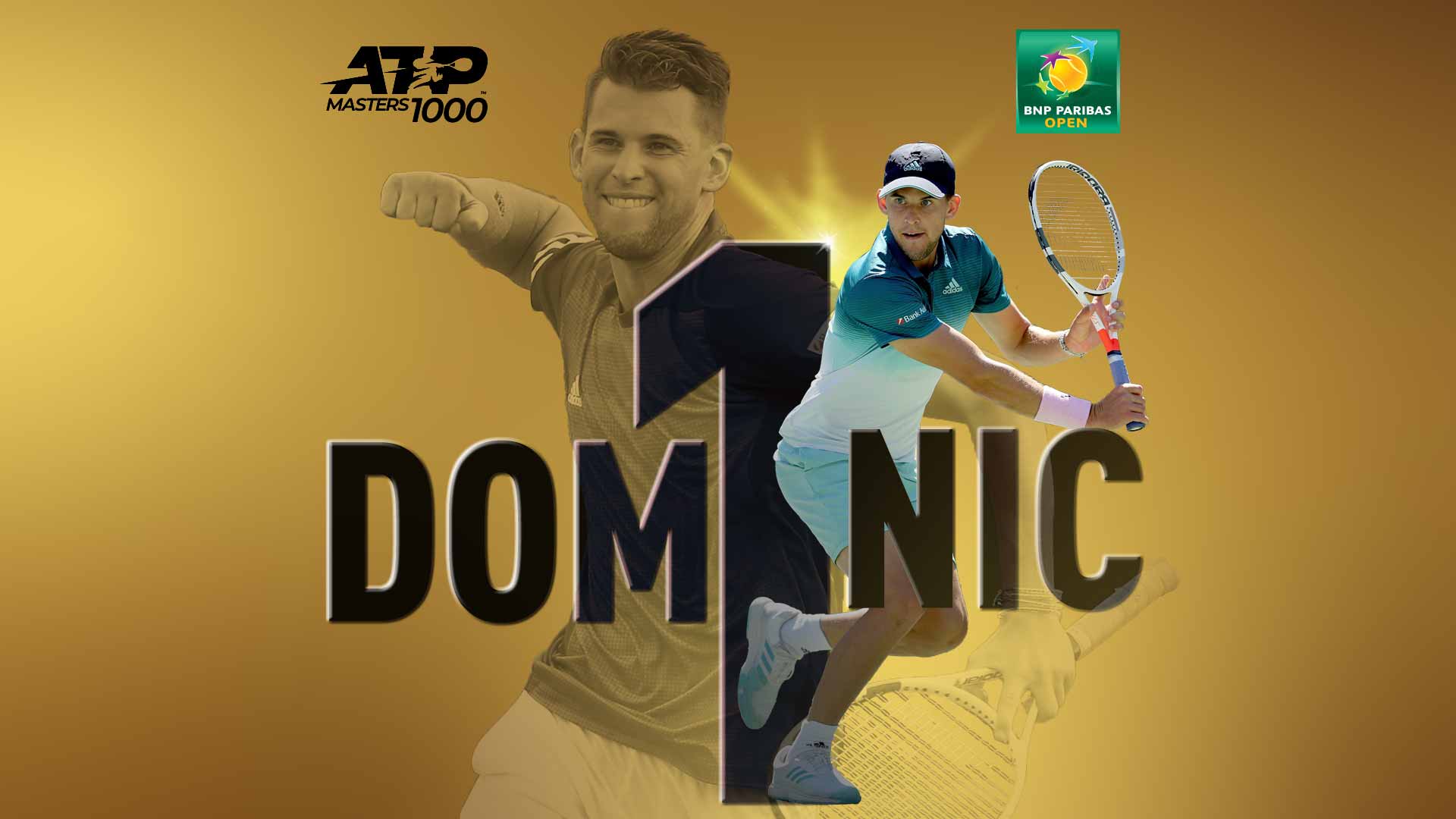 We Are The Champions: Nikola Mektic & Horacio Zeballos had played all of one tournament together before taking to the purple courts in Indian Wells. Who said you need experience as a team before success? 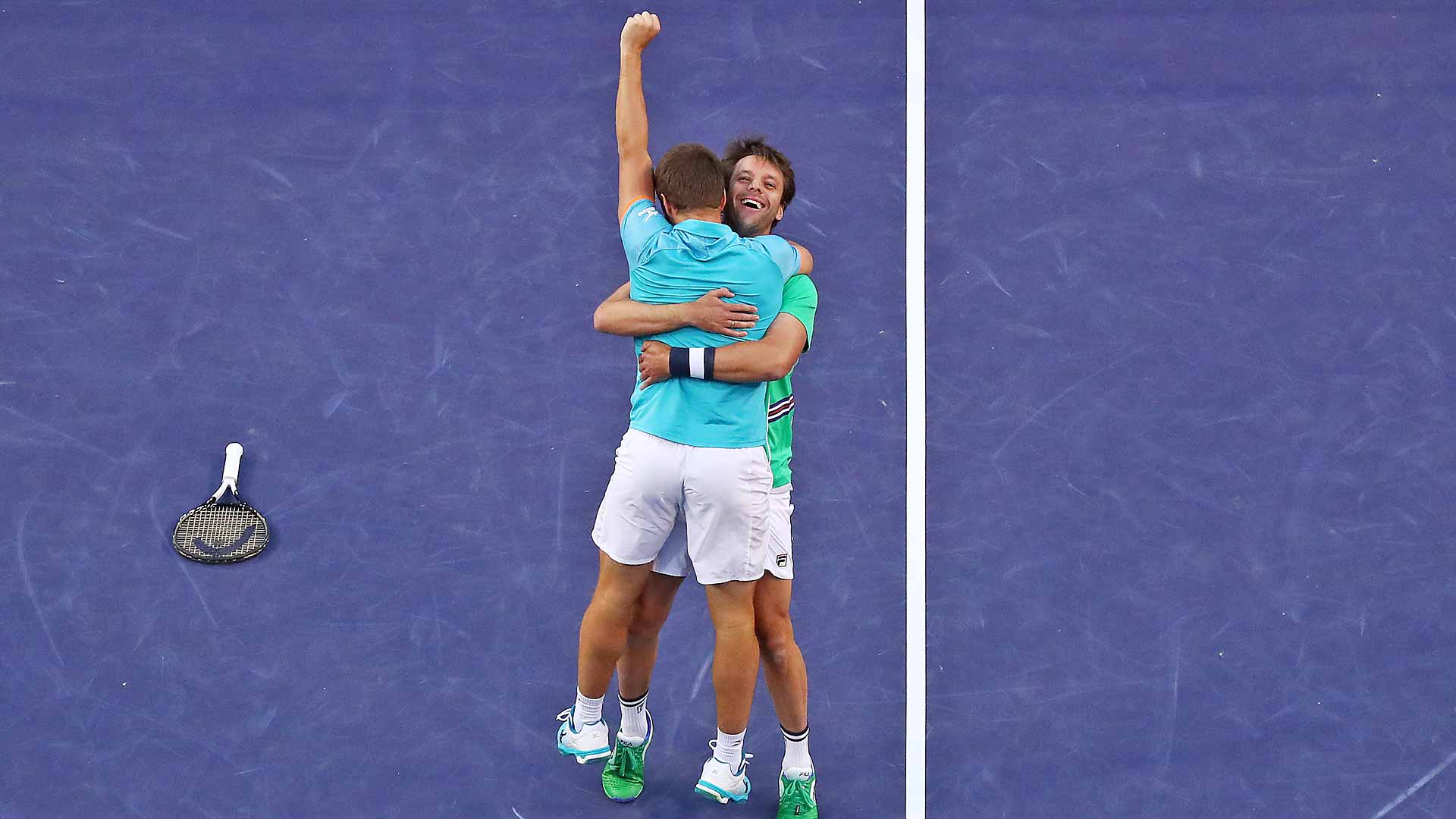 Federer Falls Short Of No. 101: Roger Federer, just two weeks after winning his 100th title at the Dubai Duty Free Tennis Championships, looked on the verge of winning No. 101. Federer, winner of 27 Masters 1000 titles, blitzed through the opening set in 36 minutes. But, like during his 2018 Indian Wells final against Juan Martin del Potro, Federer was unable to close it out and fell in three. The Swiss, however, heads to Miami full of confidence. 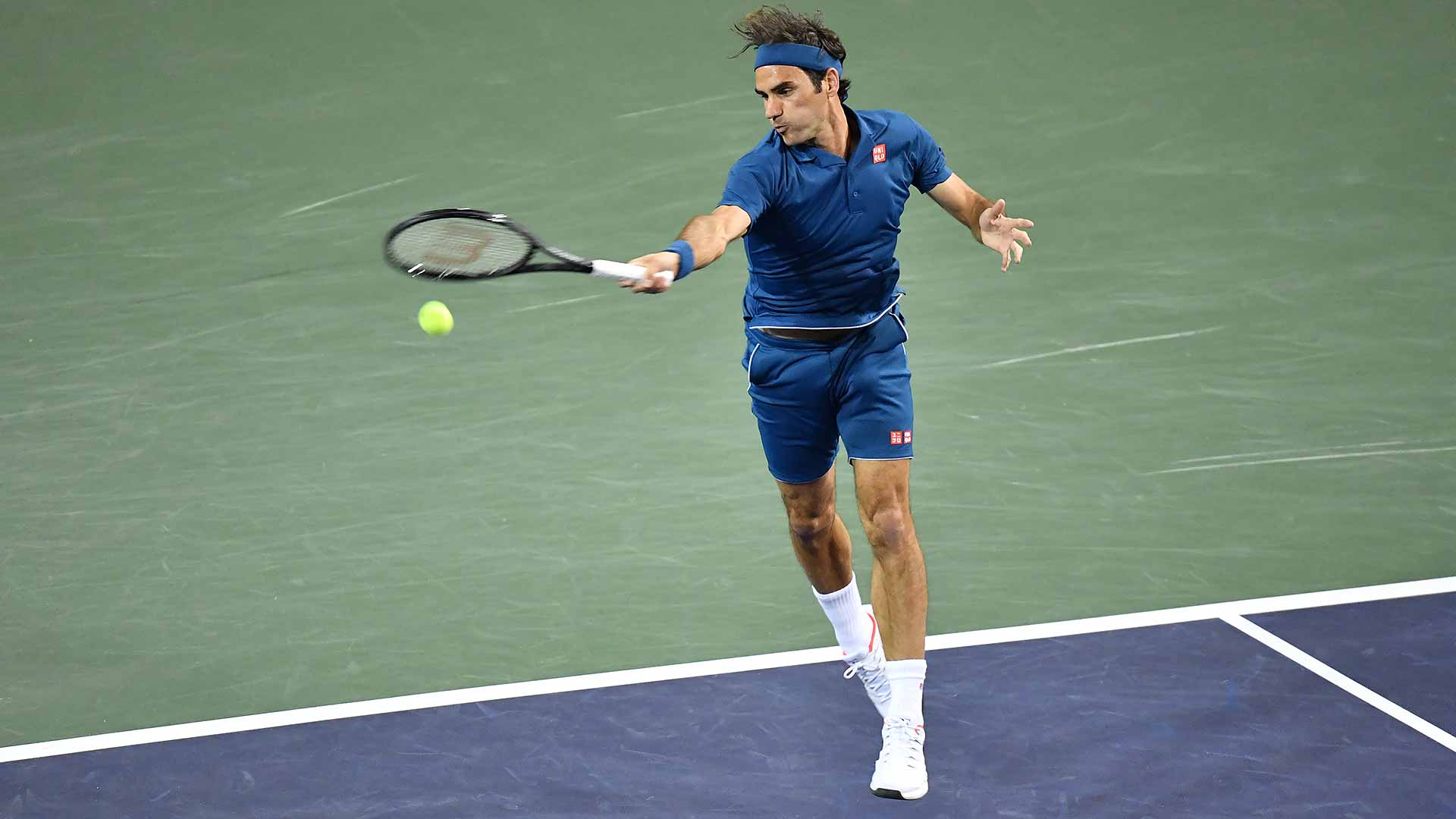 The Gold Connection: Thiem hoped to have more hard-court success by bringing two-time Olympic gold medalist Nicolas Massu onto his team, and so far, so good. The two have spent only three weeks together, and Thiem already has his first Masters 1000 title. 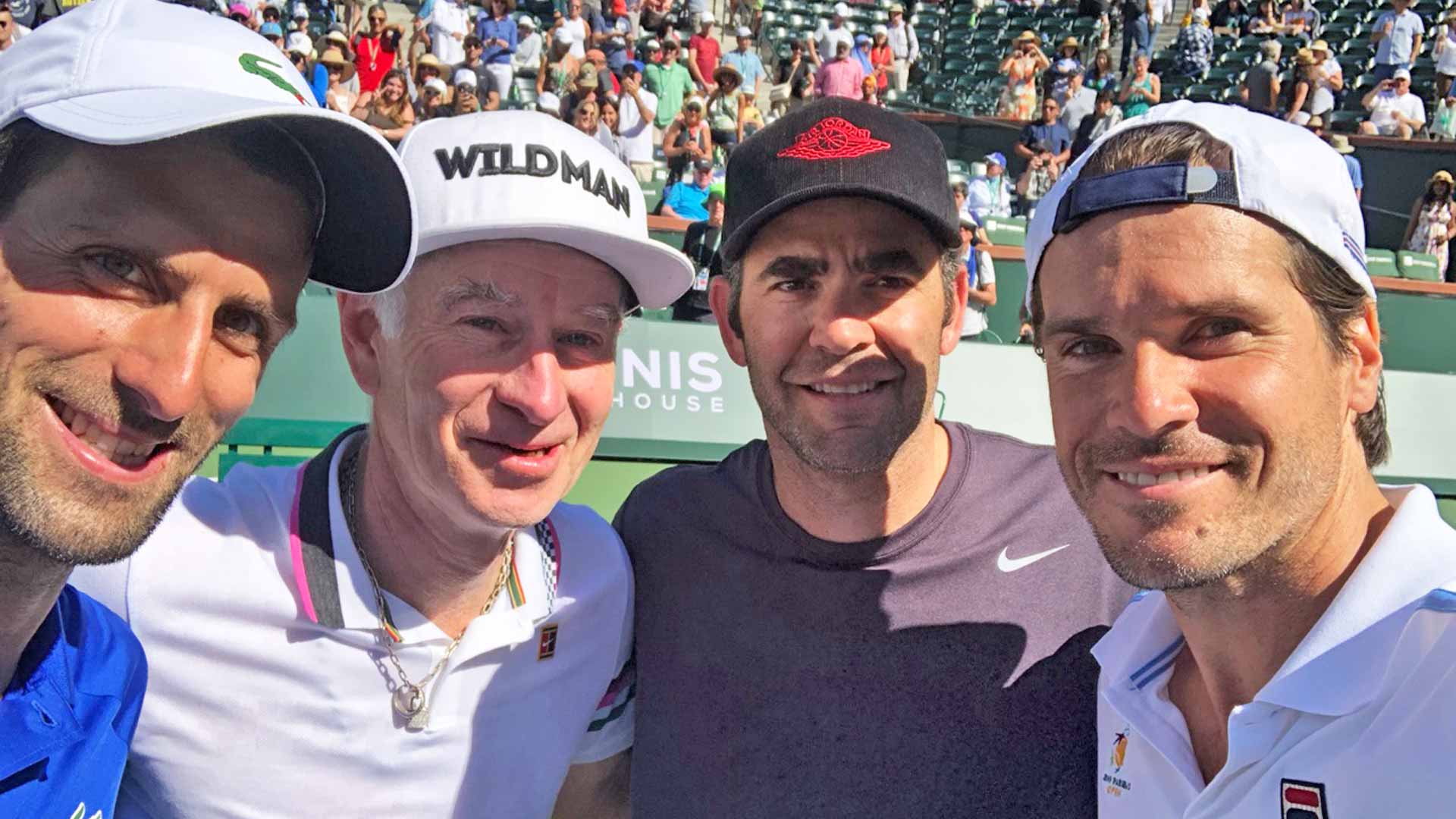 Courage Under Fire: Nadal had seen the trainer and had his right knee taped, but the Spaniard, an all-time fighter, still persisted to enjoy a courageous win over Russian Karen Khachanov in the BNP Paribas Open quarter-finals. “I am used to playing with some issues, so I just tried to be focused,” Nadal said. “It's one of the victories... that I am really proud of.” 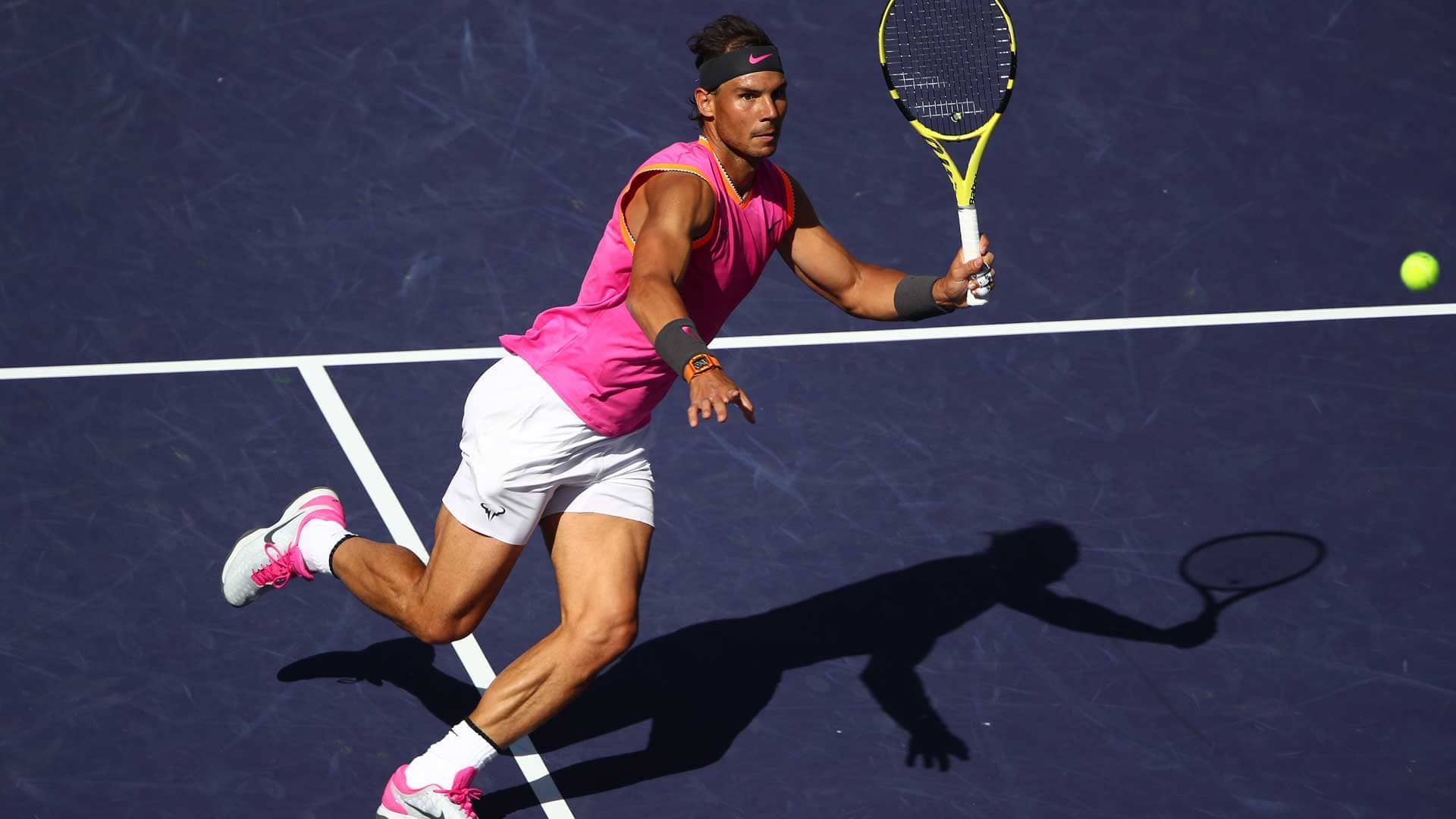 Milos & The Magician: The hire turned heads initially: Milos Raonic, a power hitter, working with "The Magician" Fabrice Santoro? But Santoro has helped the Canadian add variety to his power game, and the partnership seems to be going well on and off the court. 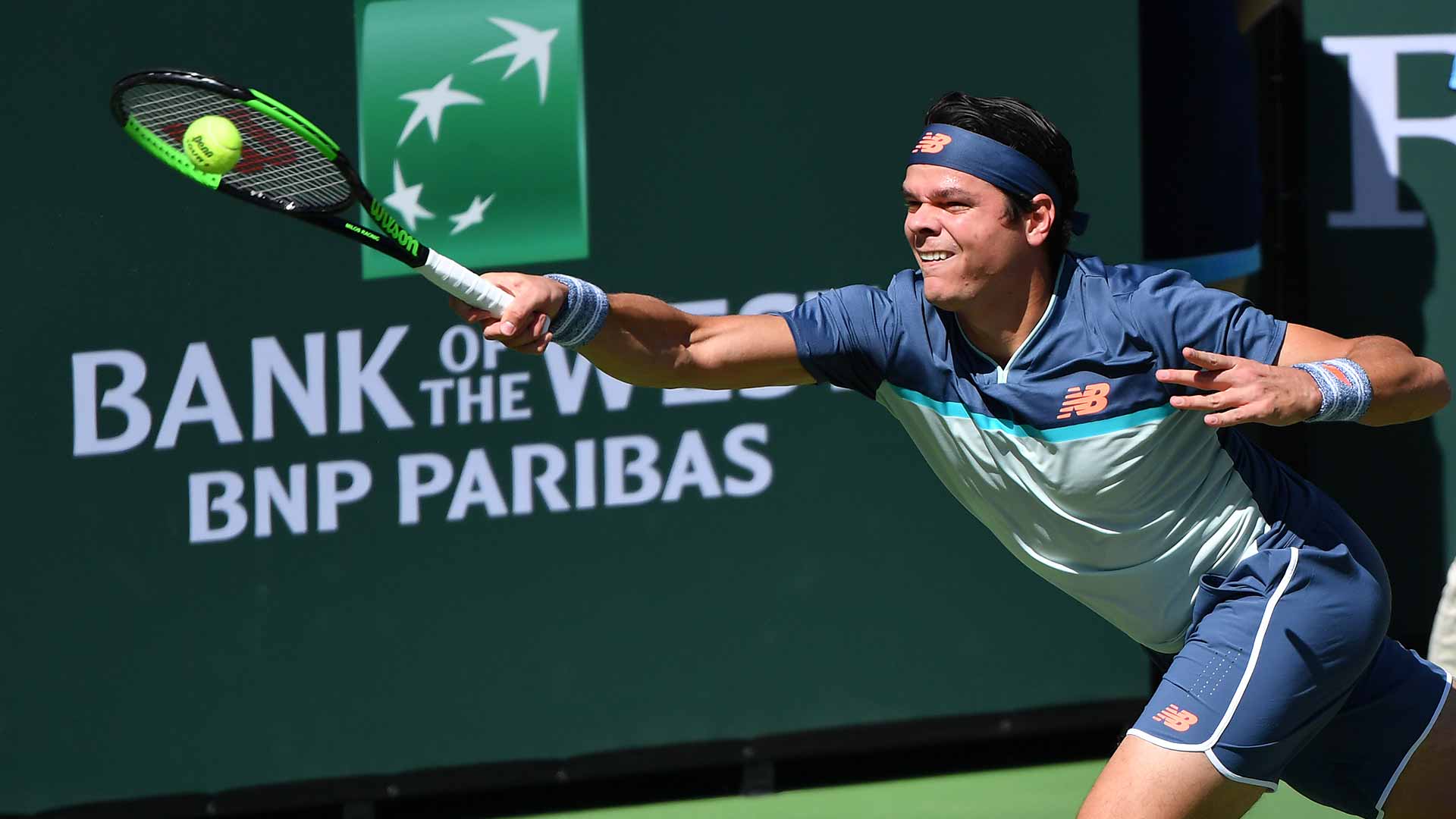 Luckiest Loser: Quick: The last Serbian male standing at the 2019 BNP Paribas Open? If you didn't guess “Who is Miomir Kecmanovic?”, you're not alone. The 19-year-old didn't predict his maiden ATP Masters 1000 quarter-final run in Indian Wells, either. “I did not see that coming, not at all,” said Kecmanovic, who lost in the final round of qualifying and got into the main draw after Kevin Anderson withdrew. “It will be funny that somebody other than Novak is still in." Sweet Dream: Hubert Hurkacz and Roger Federer had hit together once before. "I remember in the warm-up he barely made a mistake, and every time he made a mistake, he apologised," said Federer "He’s a really nice guy, and he seems very sweet." With wins over Lucas Pouille, Kei Nishikori and Denis Shapovalov to reach his first Masters 1000 quarter-final, the 22-year-old Hurkacz set up his dream meeting with his idol on one of the biggest stages in tennis. 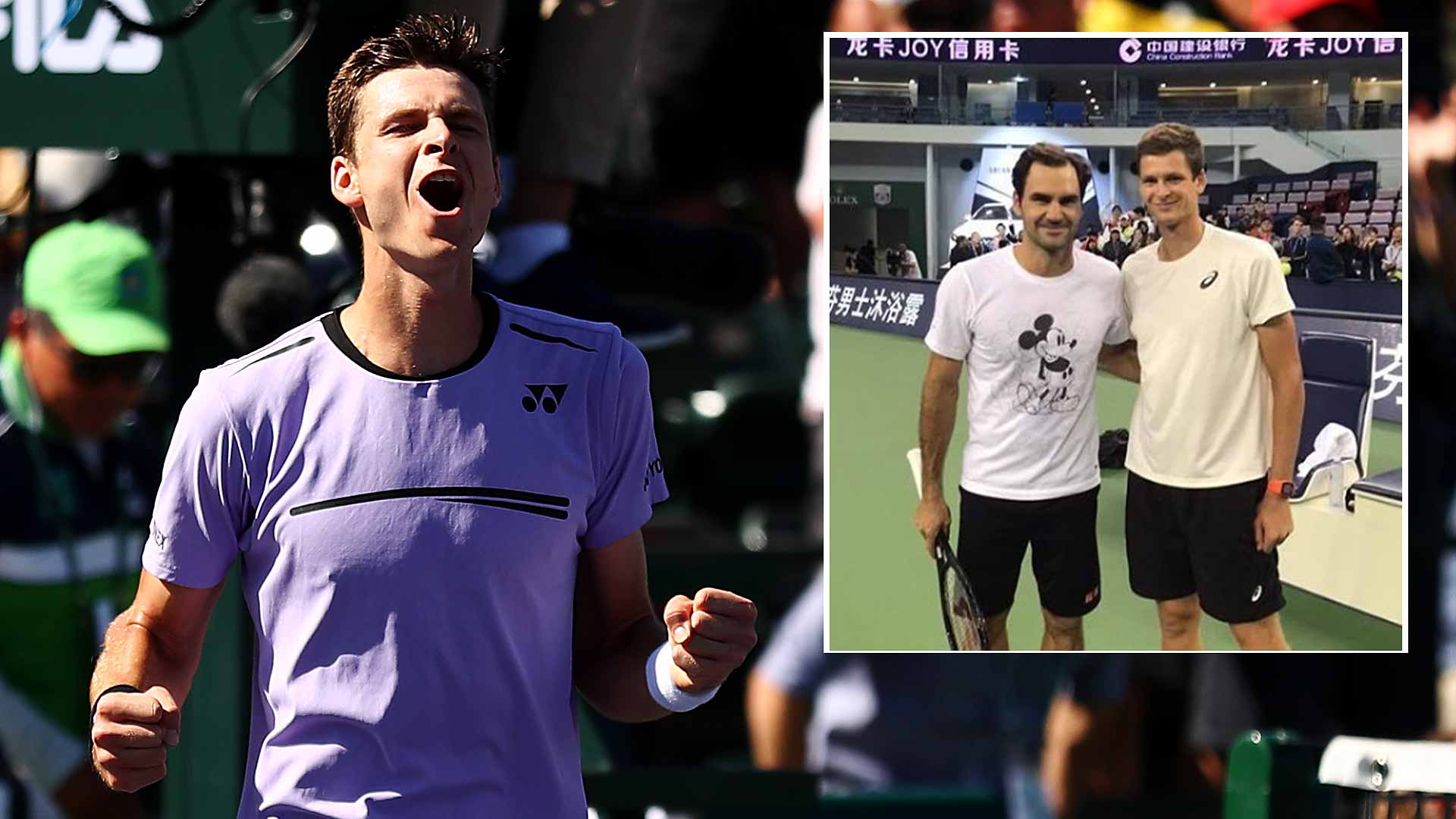 Djokognini Debuts: It just rolls off the tongue, doesn't it? "Djokognini." OK, maybe not, but the fans didn't care. They still rooted for the players behind the nickname -- Fabio Fognini and Novak Djokovic -- as the two reached the semi-finals before falling to Kubot/Melo. The doubles draw in Indian Wells, always a fan favourite, featured 20 of the 32 seeded singles players. 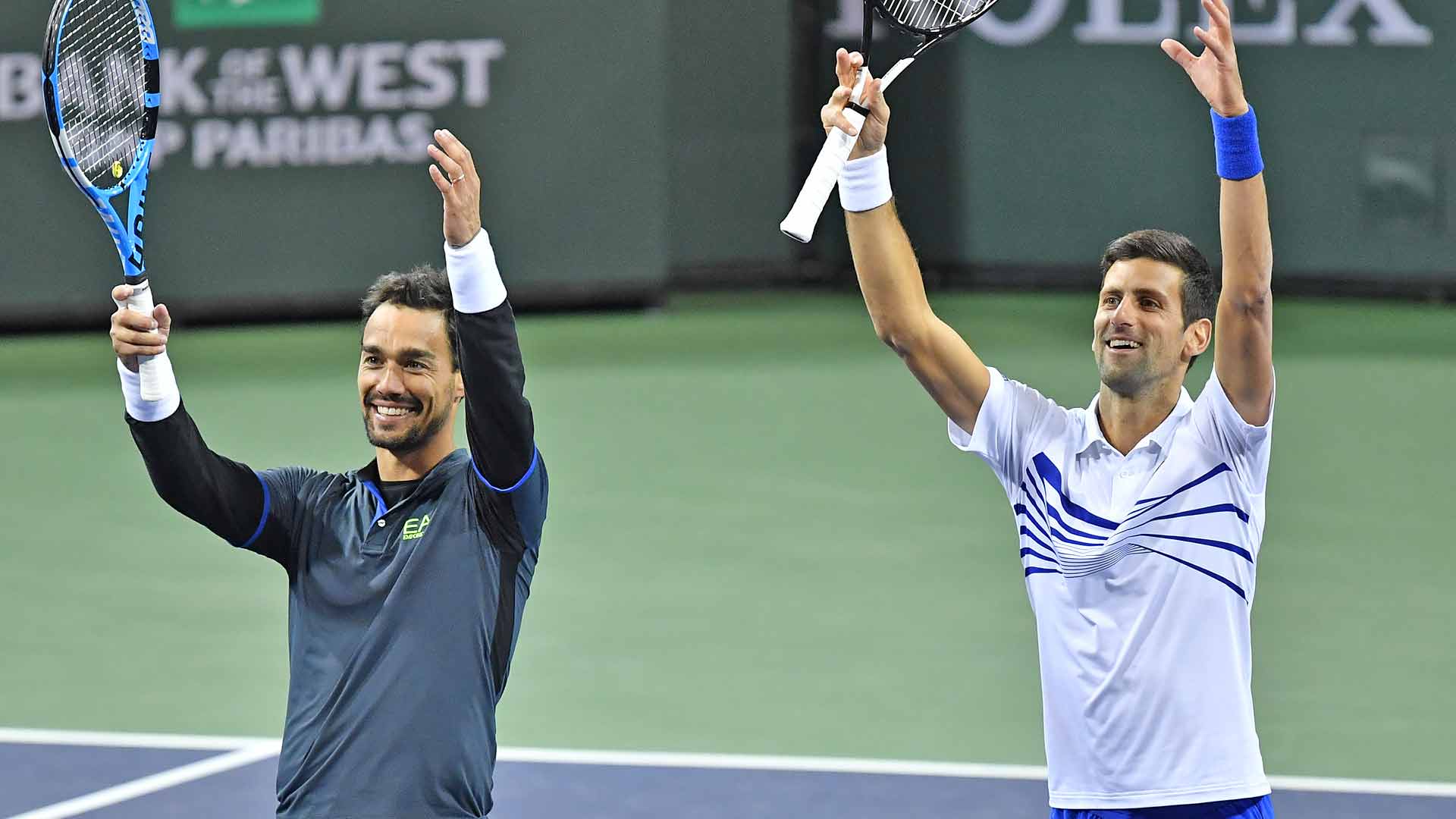 Magical Monfils: Indian Wells featured tennis fans' three favourite words often during the fortnight: Monfils Hot Shot. The Frenchman was entertaining but also intense in the desert, looking like a man destined for a deep run. An injury, however, halted Monfils' stay. The Frenchman had to withdraw ahead of his quarter-final against Thiem because of a severely strained Achilles tendon in his left leg. 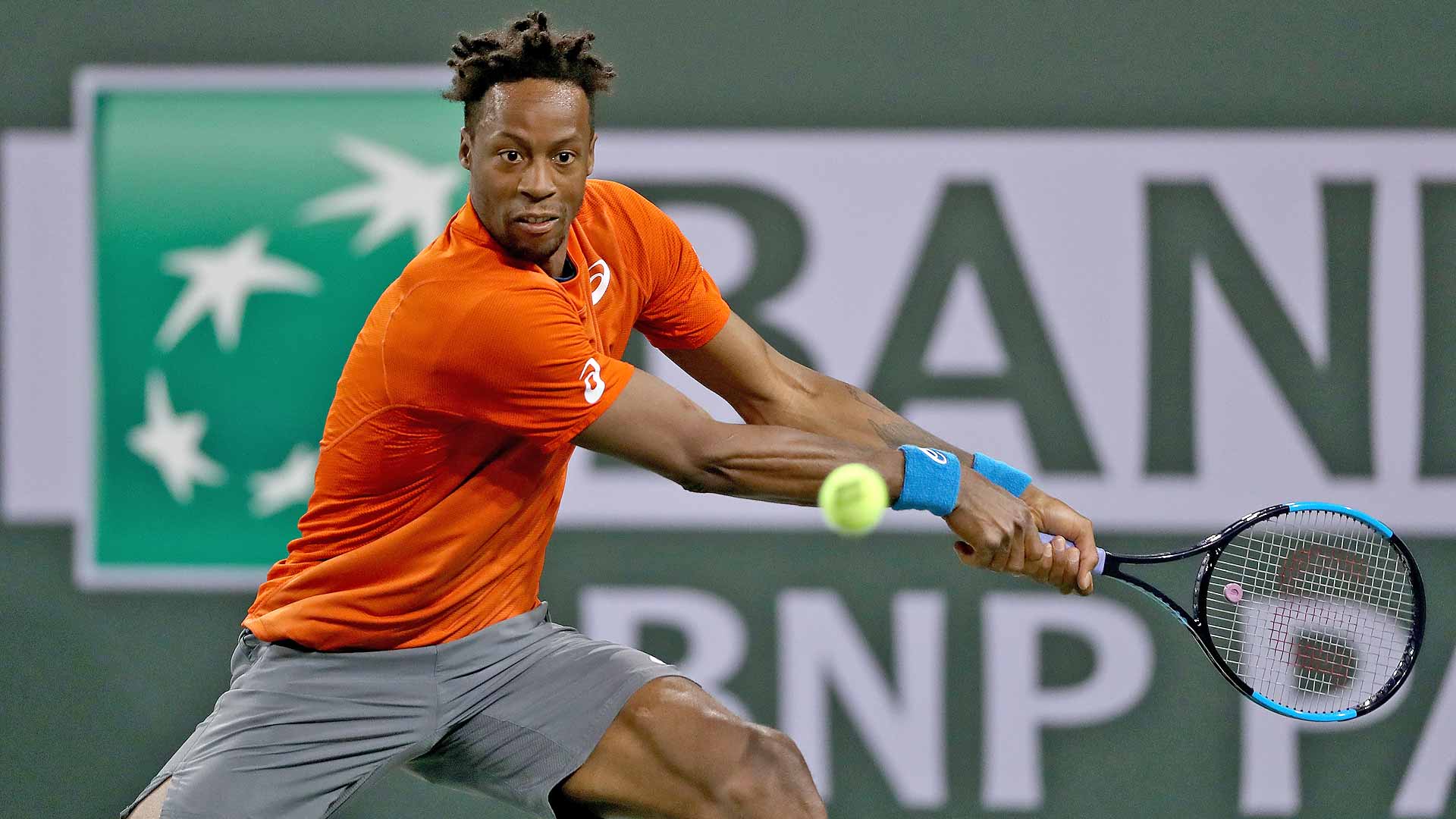 Finally Free: Filip Krajinovic has learned his Masters 1000 lesson: No more finals. The Serbian reached the 2017 Rolex Paris Masters title match, the best result of his career, but he's glad that the ATP Rankings points from that run have finally come off his ranking. "I make sure I'm not playing finals. It's better to play quarters," he joked. 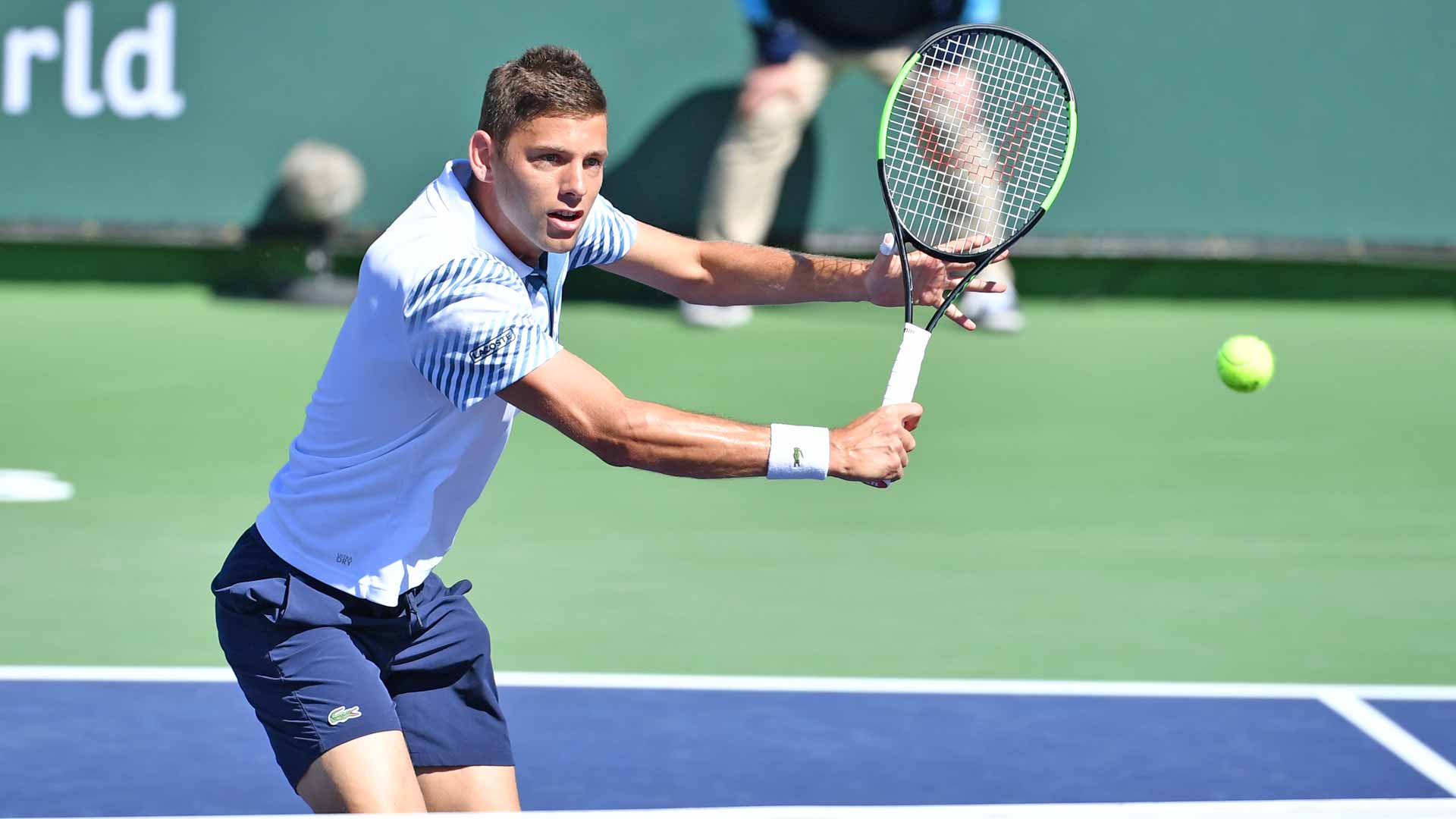 Just Getting Started: Philipp Kohlschreiber played a World No. 1 in only his second tour-level match. Seventeen years later, and on his 12th attempt, he finally got a win over the top player on the ATP Tour – defeating Novak Djokovic in the third round. In his on-court interview, when asked how it felt to see his hard work still paying off at this stage, the 35-year-old German joked, "What do you mean, this stage? I’m just starting my career!" 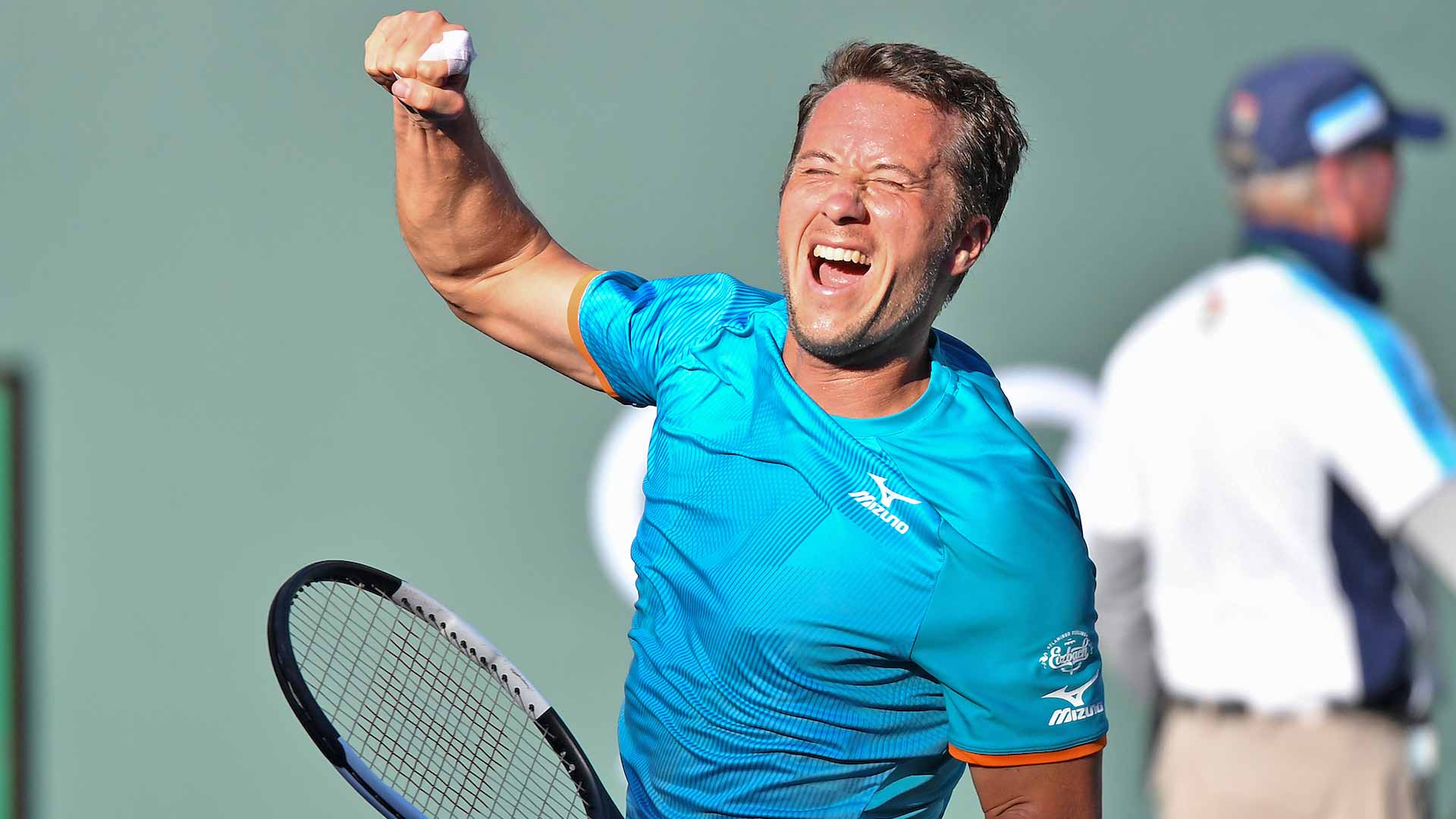 Roller Coaster Ride: Yoshihito Nishioka had the match in the bag: The Japanese left-hander led #NextGenATP Canadian Felix Auger-Aliassime 6-7(2), 6-4, 5-1. Auger-Aliassime, however, saved three set points and forced a third-set tie-break before Nishioka finally closed it out 7-6(5). 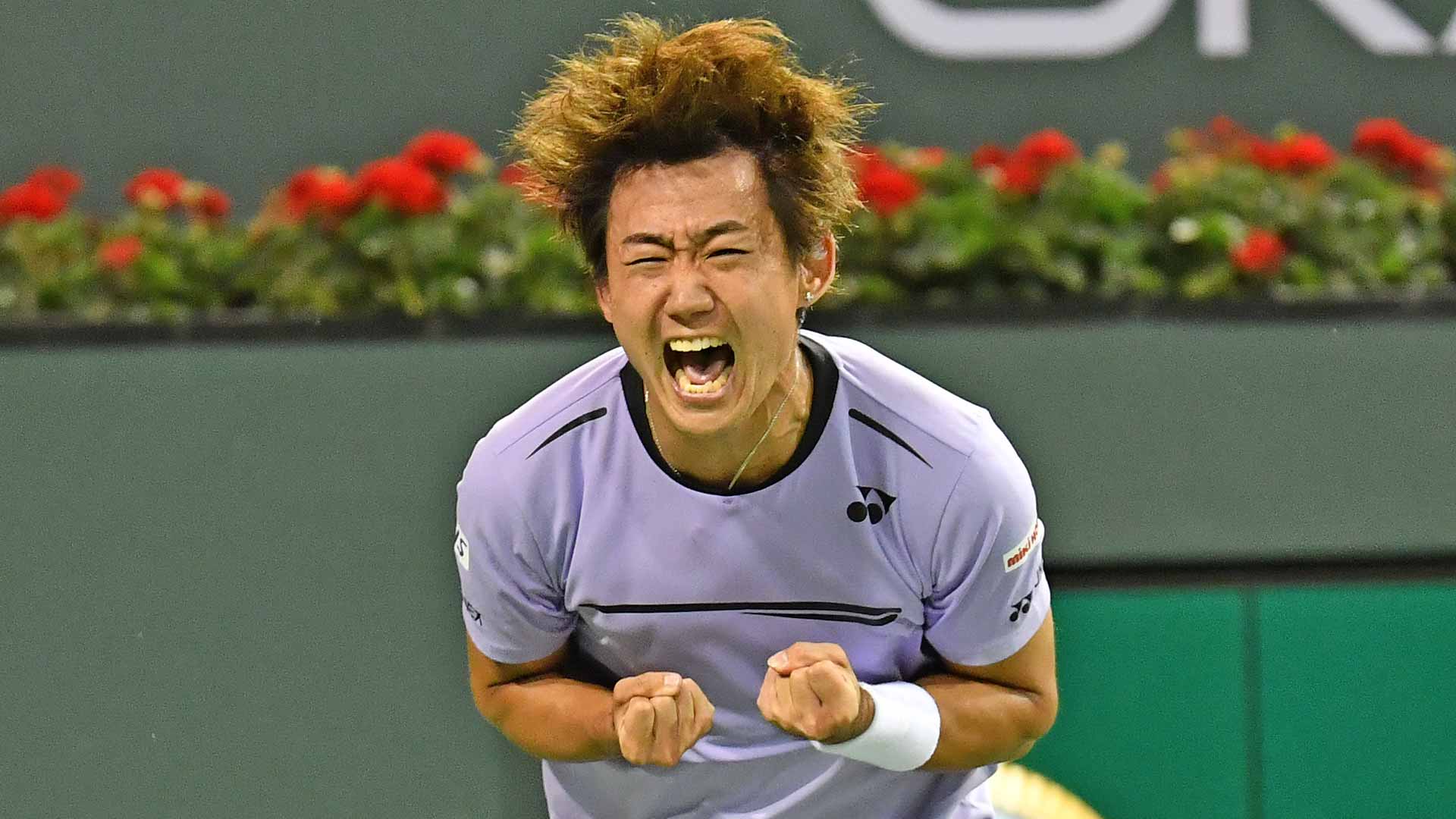 Denis RAP-ovalov: A bet's a bet, even if you're one of the best #NextGenATP players on the ATP Tour and you've reached the fourth round of the BNP Paribas Open. After Denis Shapovalov beat Steve Johnson on Sunday, he agreed with Stadium 3 emcee Blair Henley that, if he won again on Stadium 3, he'd rap after the match. On Tuesday, he beat Marin Cilic to reach the fourth round, and Henley compelled him to make good on their agreement. Read More

Two Hip Surgeries Later: Marcos Giron was ready for his third-round Indian Wells run... four years ago. In 2014, he pushed John Isner at the US Open and felt like ATP Tour success was to follow. But Giron had to overcome early struggles on the Tour and two hip surgeries before he'd enjoy his moment in the desert. 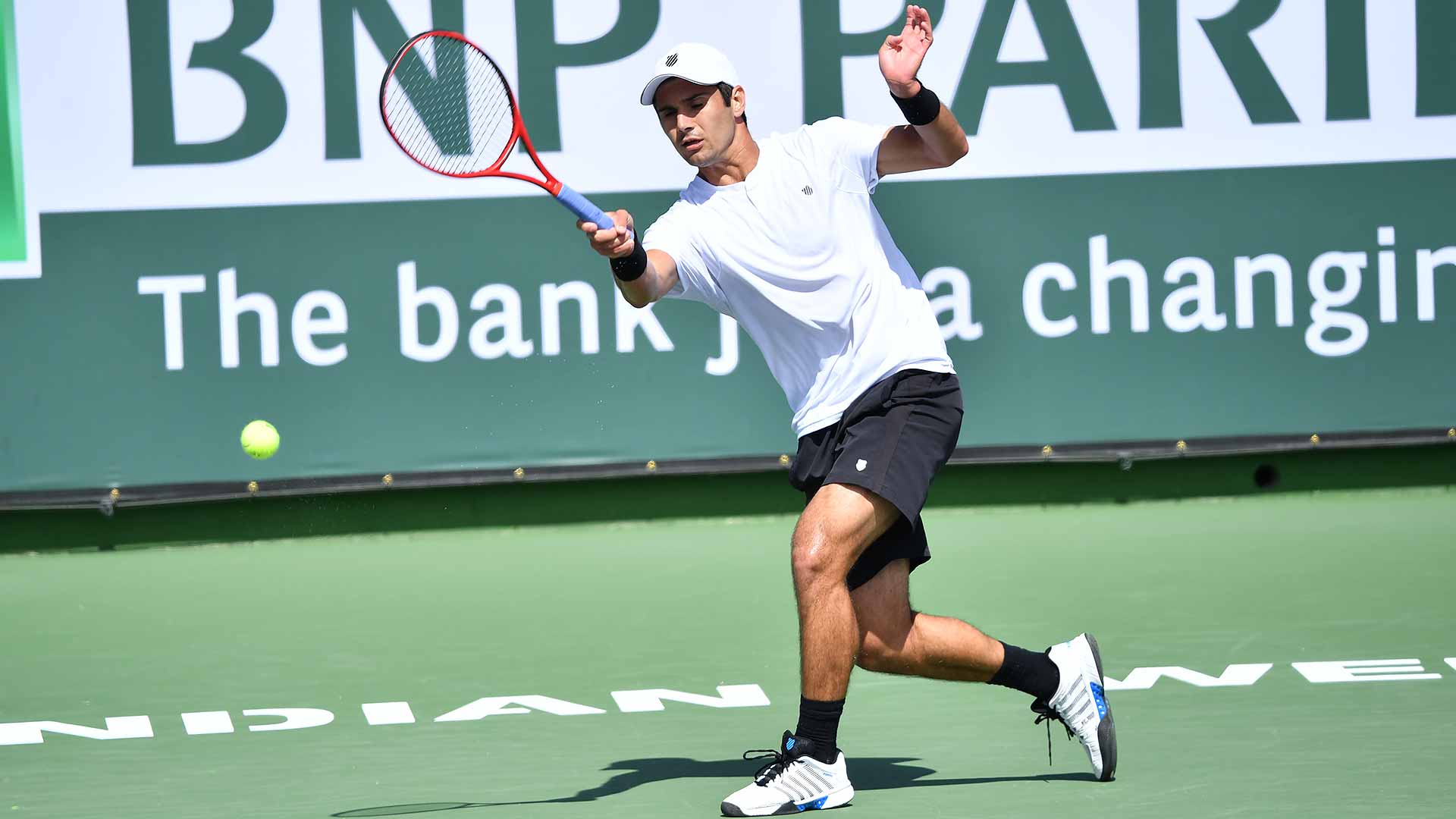 India's No. 1:  He nearly quit tennis. Now, at the age of 29, Prajnesh Gunneswaran is India's top player. In the space of 11 months, the Chennai native has claimed his first two ATP Challenger Tour titles, won on his ATP main draw debut (d. Shapovalov) and risen into the Top 100. His progression continued at the BNP Paribas Open, where he qualified for his first Masters 1000 main draw and proceeded to upset former World No. 18 Benoit Paire and No. 17 seed Nikoloz Basilashvili. 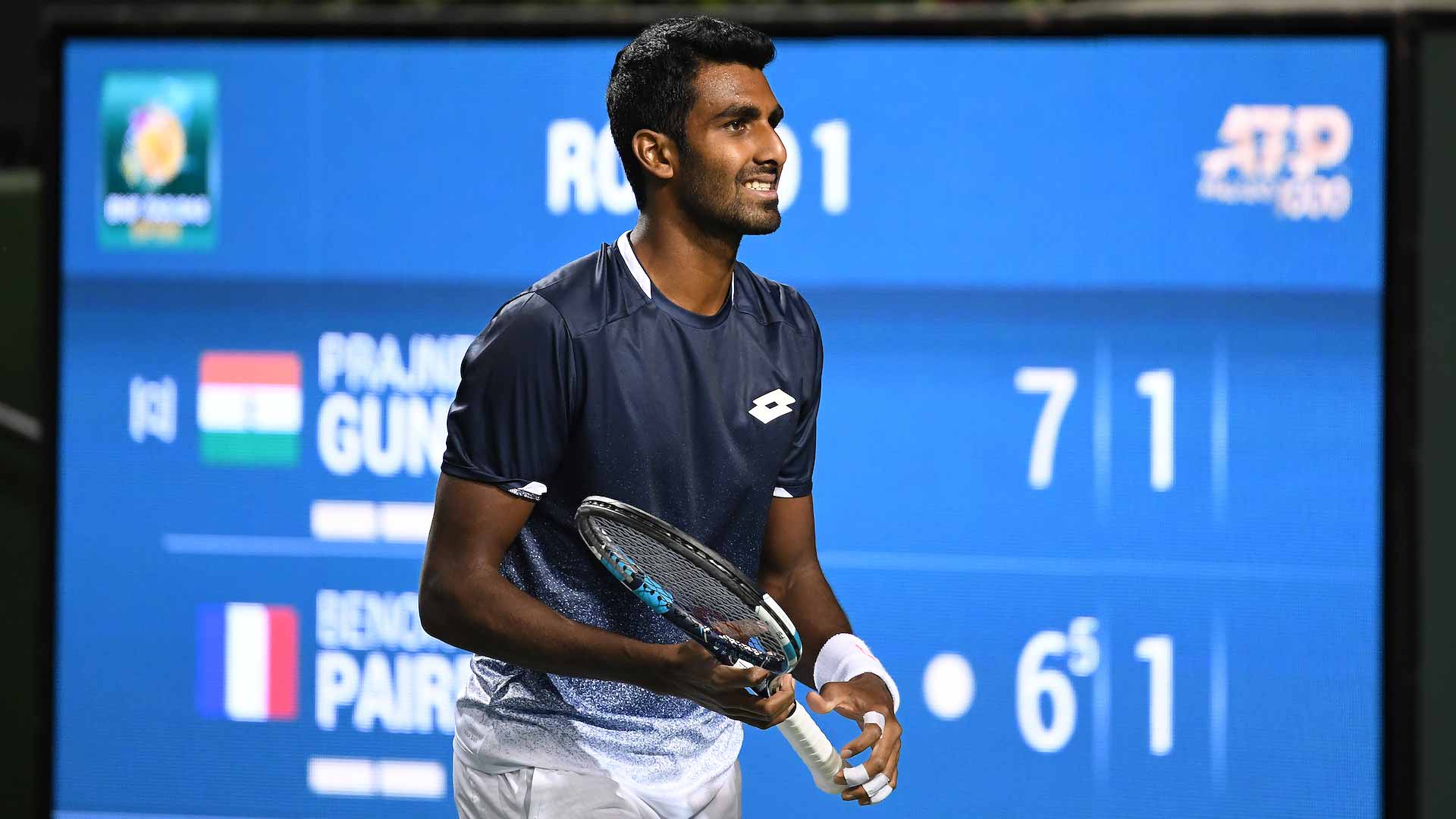 We joined the 18-year-old Canadian at his home in Indian Wells, where his mother showed off the secret sauce: maple syrup from Quebec. Read Match Report | Read Feature

40s Are The New 30s: By now, 40-year-old Ivo Karlovic is used to the "oldest to do" accomplishments on the ATP Tour. He's even embracing the label. "Every week I am the oldest at something, so I don't know. Next week it will be the oldest ever to walk without implants in his hip," he said, smiling.

Karlovic added another bullet point to that list in Indian Wells. Read Feature 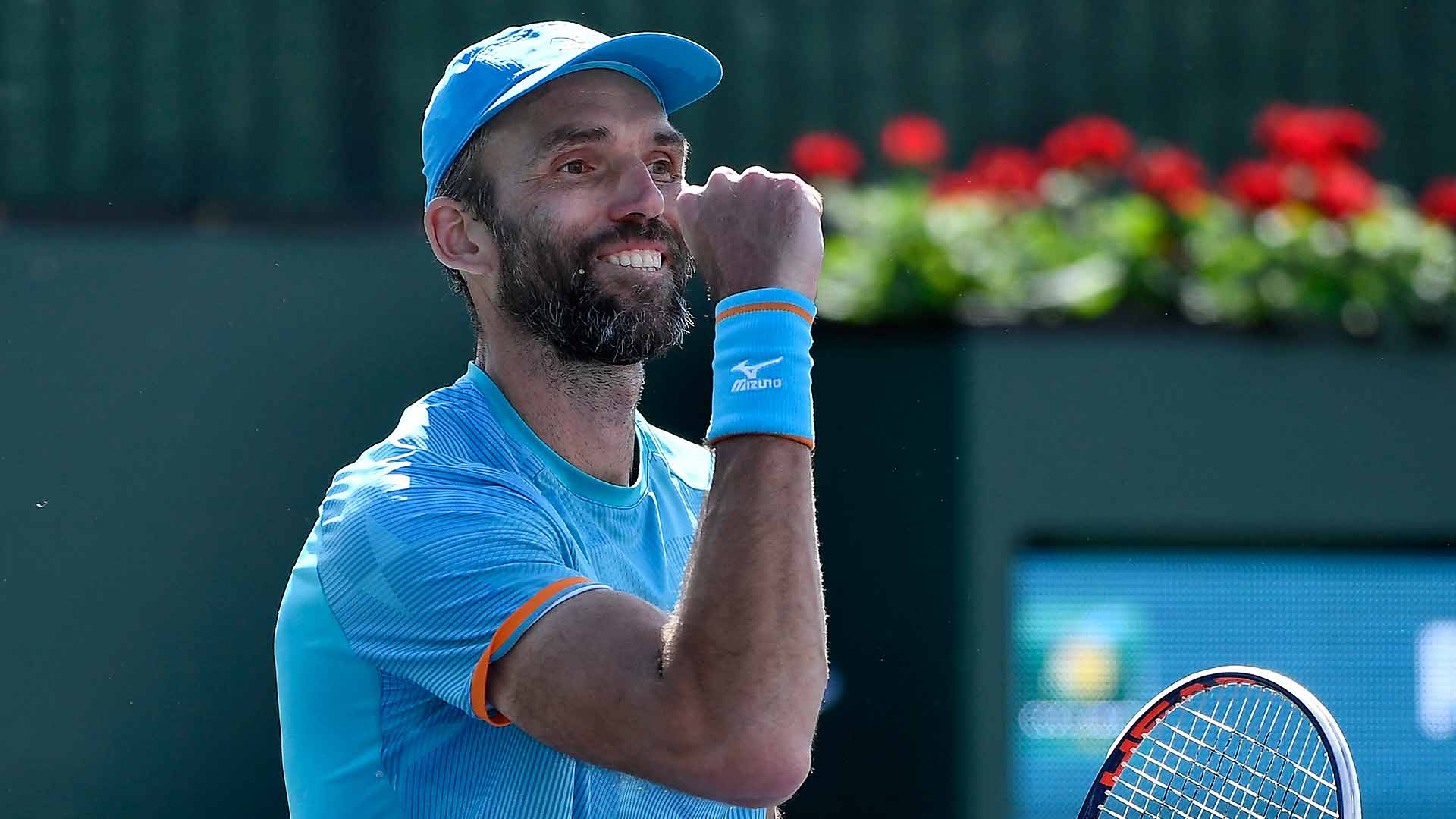 Honouring The Best: The BNP Paribas Open has been voted as the Masters 1000 Tournament of the Year for five straight seasons, and last week, celebrated its distinction in the 2018 ATP Awards with fans at the Indian Wells Tennis Garden. Read More 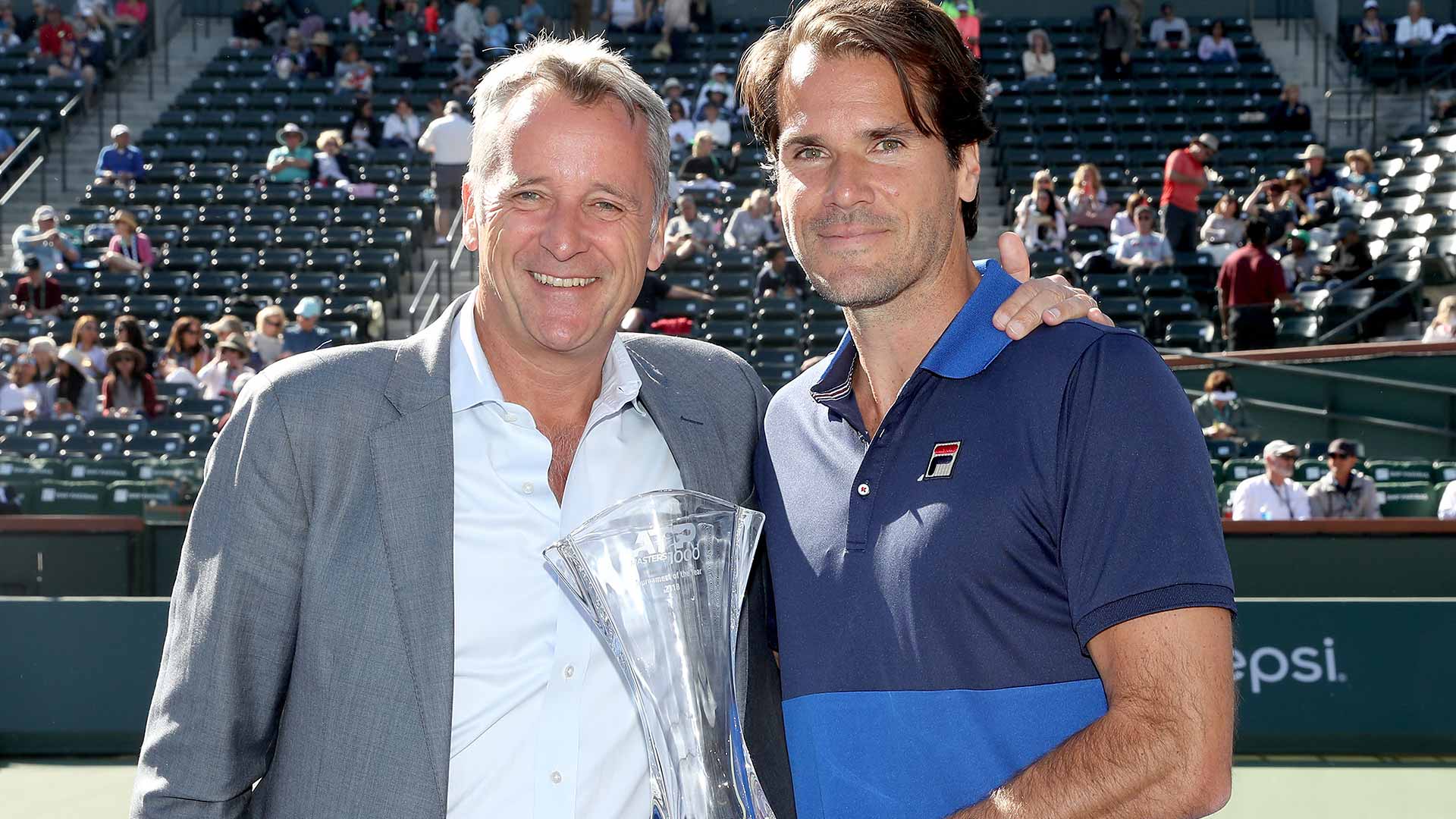