Relive the best of the best from the 2019 Western & Southern Open in Cincinnati. Watch live tennis streams at http://www.tennistv.com. Photo: Getty Images/ATP Tour.

ATP Staff
This article contains:
Relive the best moments from the seventh ATP Masters 1000 of the season

Medvedev Claims Maiden Masters 1000 Title: Twice Russian Daniil Medvedev had made ATP Tour finals during the North American hard-court swing, only to fall in the title matches at the Citi Open in Washington, D.C. (l. to Kyrgios), and at last week's Coupe Rogers in Montreal (l. to Nadal). But on Sunday, the 23-year-old, who beat Novak Djokovic in the semi-finals, didn't mess around, beating Belgian David Goffin 7-6(3), 6-4 for his first Masters 1000 crown.

The 6'6" right-hander is set to crack the Top 5 of the ATP Rankings on Monday for the first time and heads to the US Open as arguably the biggest threat to end the Big Three's reign at the season's final Grand Slam. Medvedev became the third first-time Masters 1000 titlist this year (Thiem, Indian Wells; Fognini, Monte-Carlo). This season marks the third consecutive year in which three players have won their first Masters 1000 title. 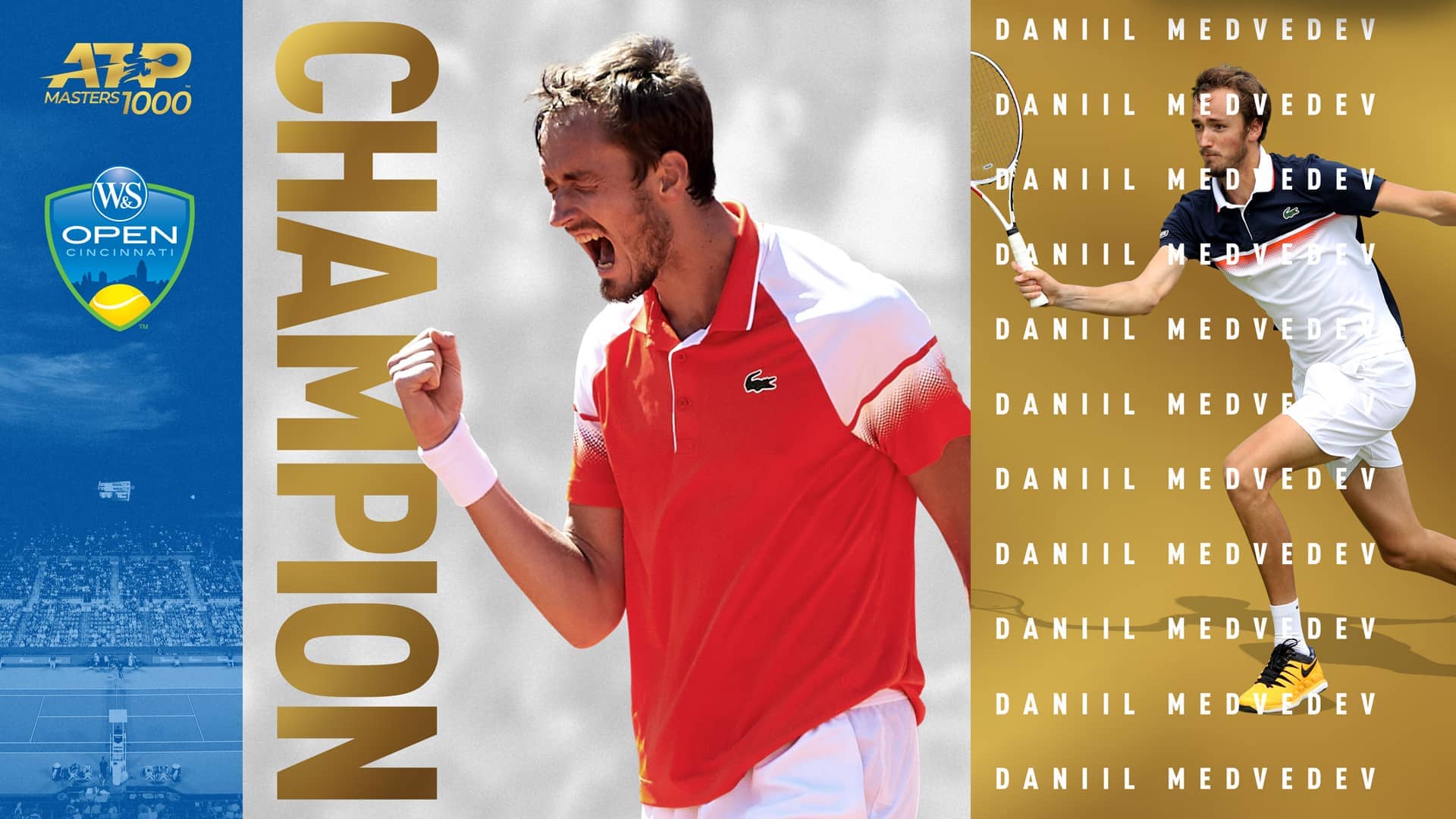 Dodig/Polasek Win First Masters 1000 Title: Ivan Dodig and Filip Polasek weren't playing Masters 1000 events together at the start of the year, but they've sure quickly learned how to play together. In just their fourth event as a team, Dodig/Polasek captured their first title together, defeating top seeds Juan Sebastian Cabal and Robert Farah 4-6, 6-4, 10-6 to win the Cincinnati doubles title.

Earlier in the week, Cabal/Farah became the first doubles team to secure their spot at the season-ending Nitto ATP Finals in London (see below), but Dodig/Polasek were the best team this week. The Slovakian-Croatian duo beat the Top 2 seeds in Cincy as well as legends Bob Bryan and Mike Bryan en route to the trophy. Read More 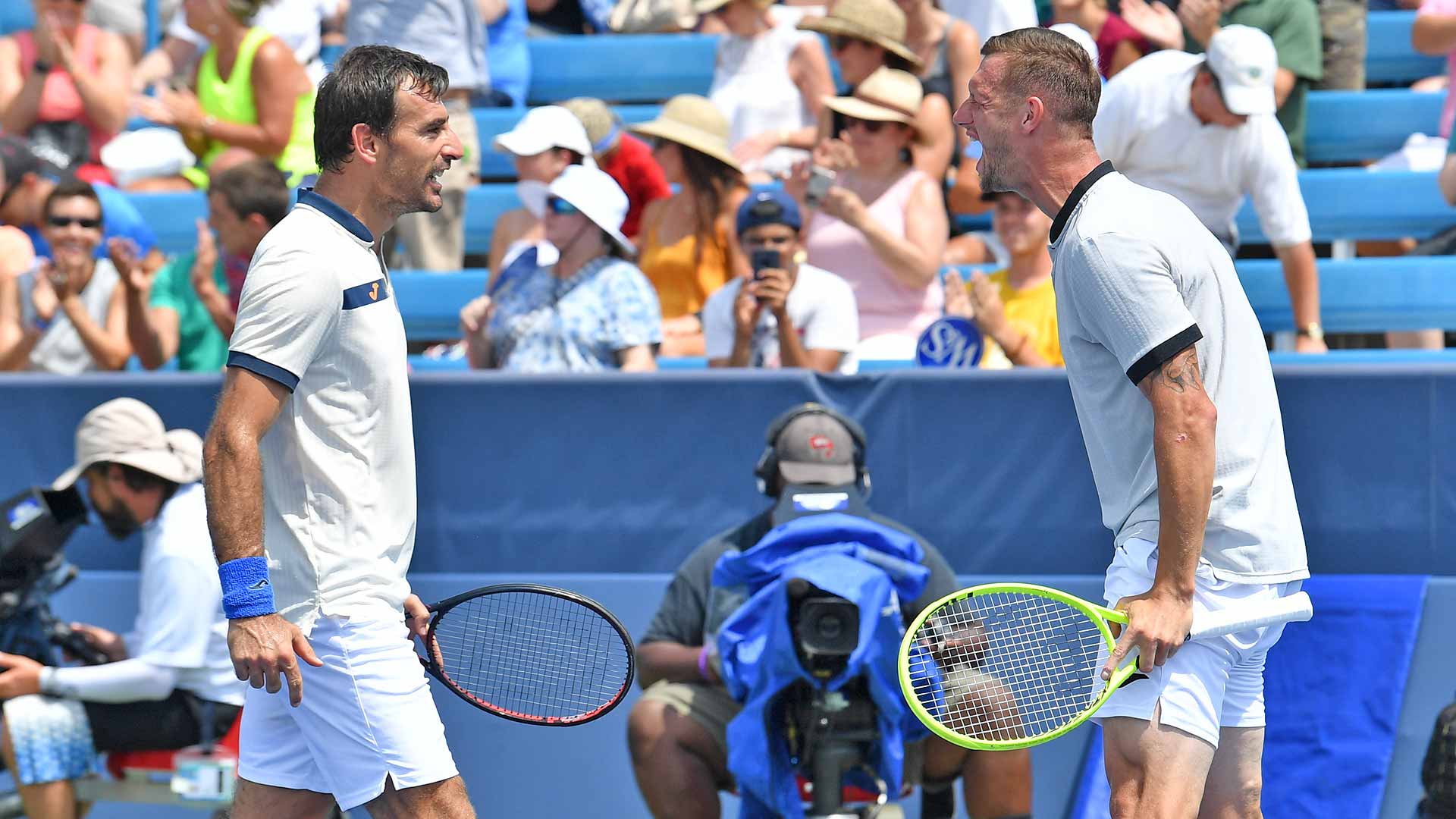 Goffin Makes Personal History: David Goffin had reached four Masters 1000 semi-finals before Cincinnati, but all four times, the hard-working Belgian had fallen short. This week, however, Goffin achieved personal history by making his first Masters 1000 title match. And although he lost to Medvedev, Goffin will take plenty of belief from reaching his second ATP Tour final of the season (Halle, l. to Federer). 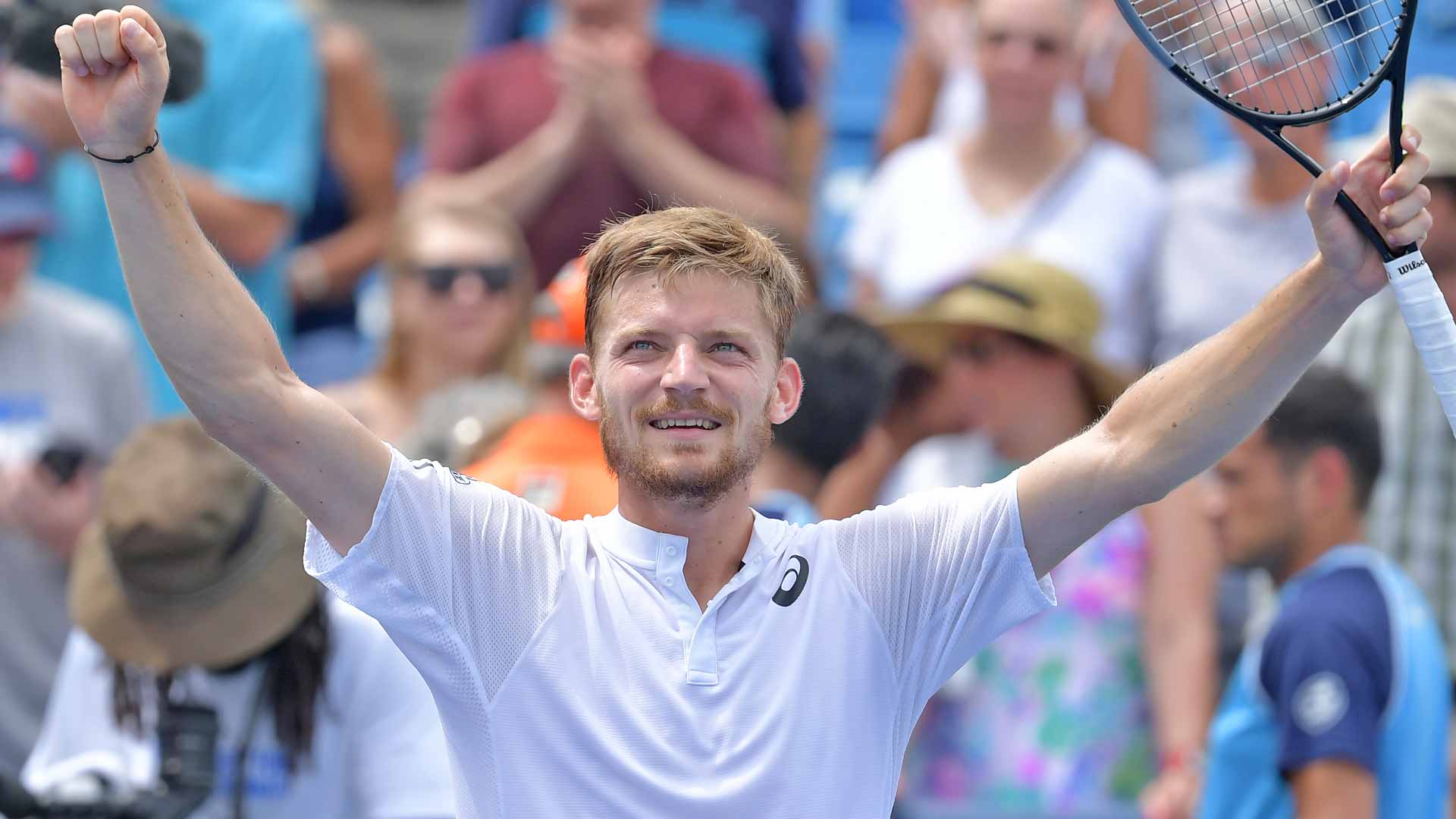 Gasquet Returns To Top Form: Richard Gasquet had reached only two tour-level semi-finals this year before heading to Cincinnati, and both had come at the ATP 250 level. But the 33-year-old Frenchman put together one of his best weeks of the season, making the last four before falling to Goffin. Gasquet started the week by spoiling Andy Murray's singles comeback in straight sets and made the semi-finals by grinding out a three-set victory against Spain's Roberto Bautista Agut. Read More 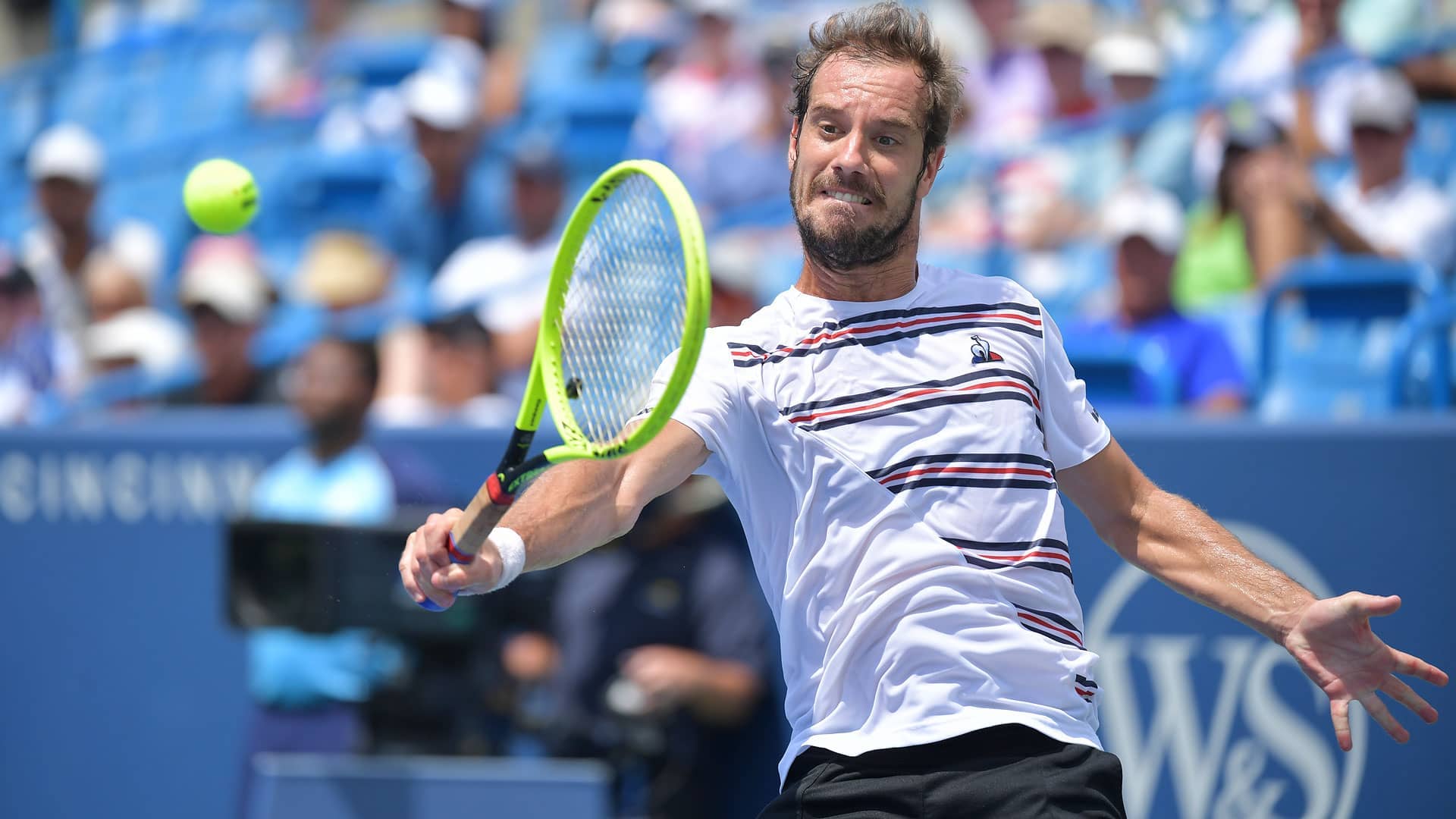 Djokovic Upset In SF: Novak Djokovic achieved the Career Golden Masters last year in Cincinnati, and the Serbian was looking to win another Cincy title to have won all nine Masters 1000 events at least two times. But it wasn't to be for the Serbian, who ran into the red-hot Medvedev and fell in three sets in the semi-final. Still, Djokovic heads to the US Open as the defending champion and, as he said, he likes his chances.

Djokovic: 'Medvedev Is One Of The Best Players In The World' 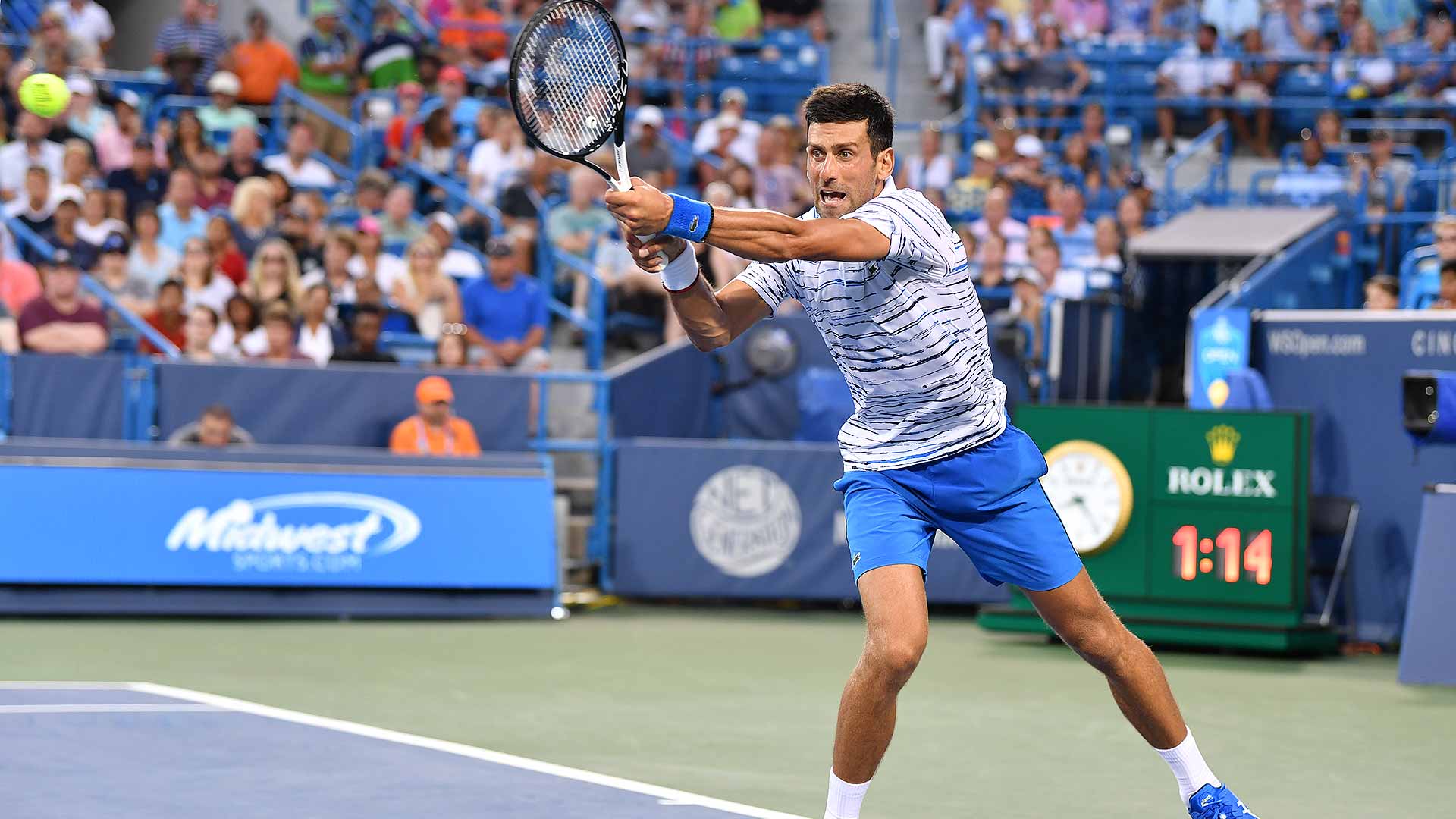 Colombians Clinch: Cabal/Farah became the first team to qualify for the 2019 Nitto ATP Finals, clinching their return to The O2 for a second straight year with a 7-6(3), 6-7(5), 10-8 win over Rohan Bopanna and Denis Shapovalov on Thursday, "It’s always nice to qualify to The O2 so early into the year," Farah said. "It means that we’ve done really well and that shows all the work we’ve put in. It’s a very good feeling." Cabal and Farah went on to reach their second Masters 1000 final of the season (l. to Dodig/Polasek). Read More 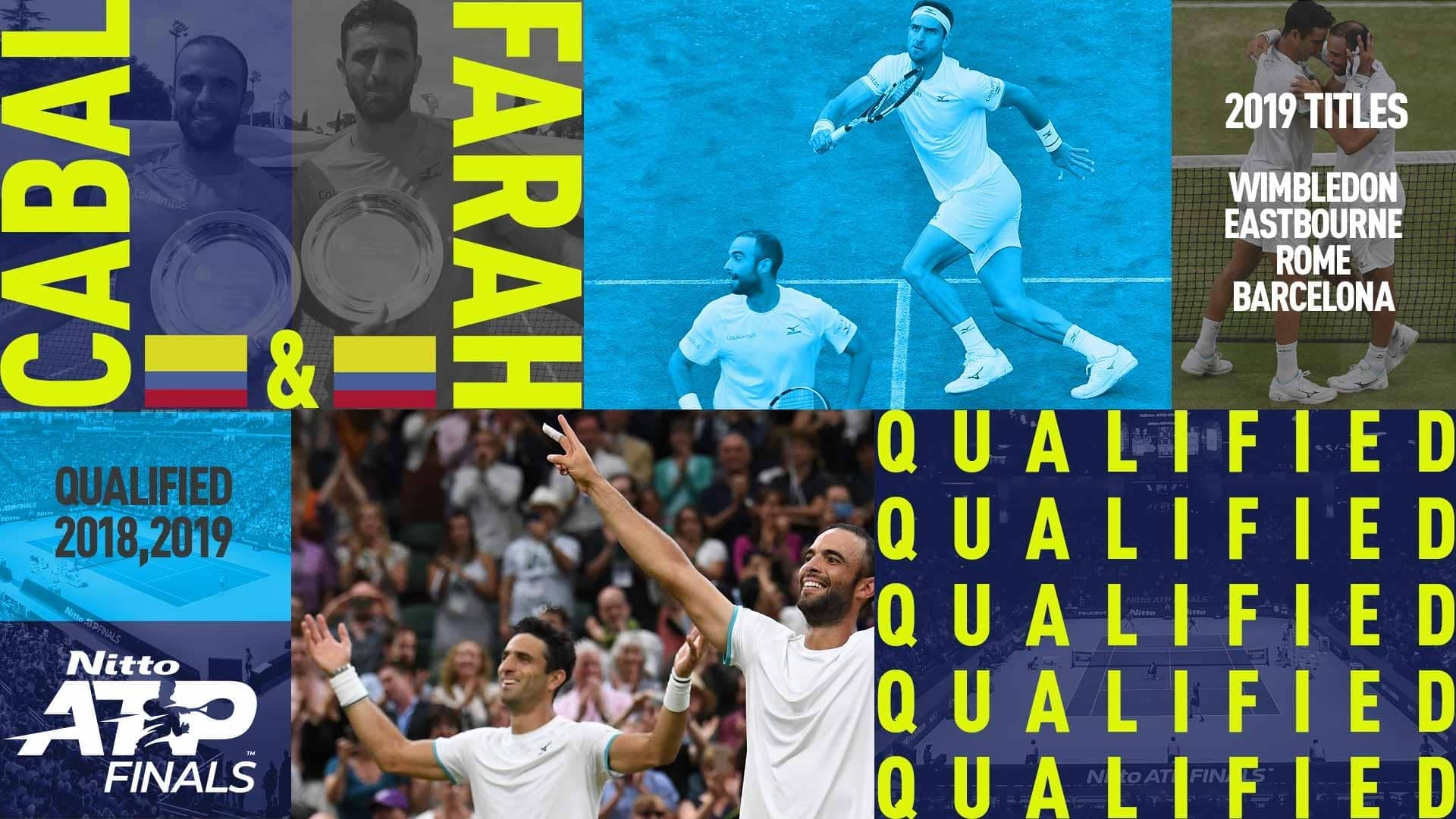 Rising To The Occasion: There were numerous upsets in Cincinnati, but none bigger than Andrey Rublev's decisive win over seven-time champion Roger Federer in the third round. Rublev nearly didn't get to play in Cincinnati. "I forgot to sign up for this tournament... And then I signed up for an alternate spot and I got in qualifying," he said. In the main draw, the 21-year-old knocked out Nikoloz Basilashvili and Stan Wawrinka before dismissing Federer in 62 minutes, Federer's fastest defeat in more than 16 years. "It’s my biggest and the most emotional win," Rublev said.

Read & Watch | Federer: 'He Was Everywhere' 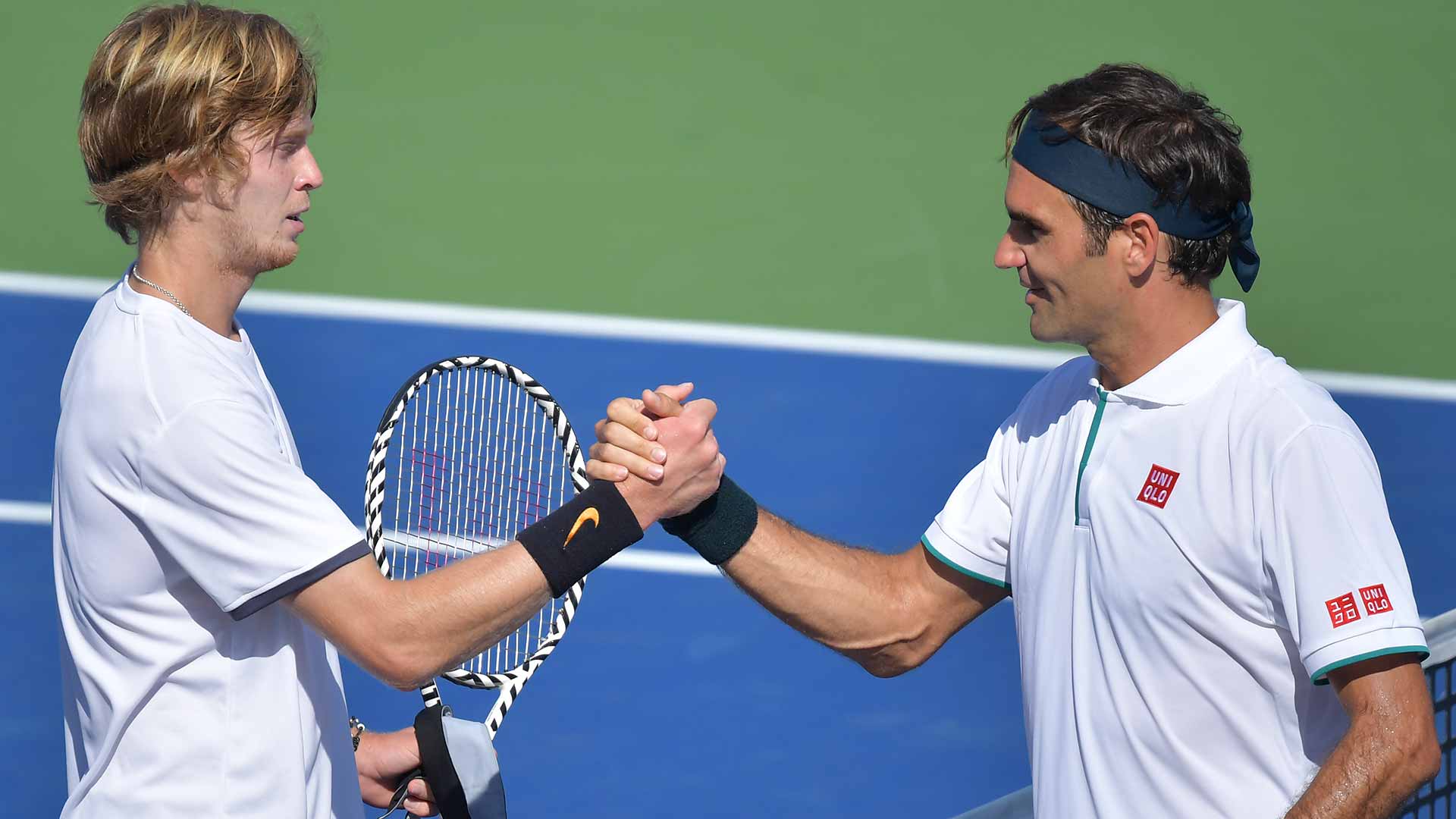 #NextGenATP Star Shines: Miomir Kecmanovic began his week in style by defeating #NextGenATP star Felix Auger-Aliassime, and backed up that victory with his first win over a Top 10 player. The 19-year-old Serbian, who reached his first Masters 1000 quarter-final in March at the BNP Paribas Open, defeated World No. 6 Alexander Zverev 6-7(4), 6-2, 6-4 to become one of four qualifiers (Carreno Busta, Nishioka, Rublev) to advance to the Round of 16 at a Masters 1000 event for only the third time in series history (since 1990). Read More 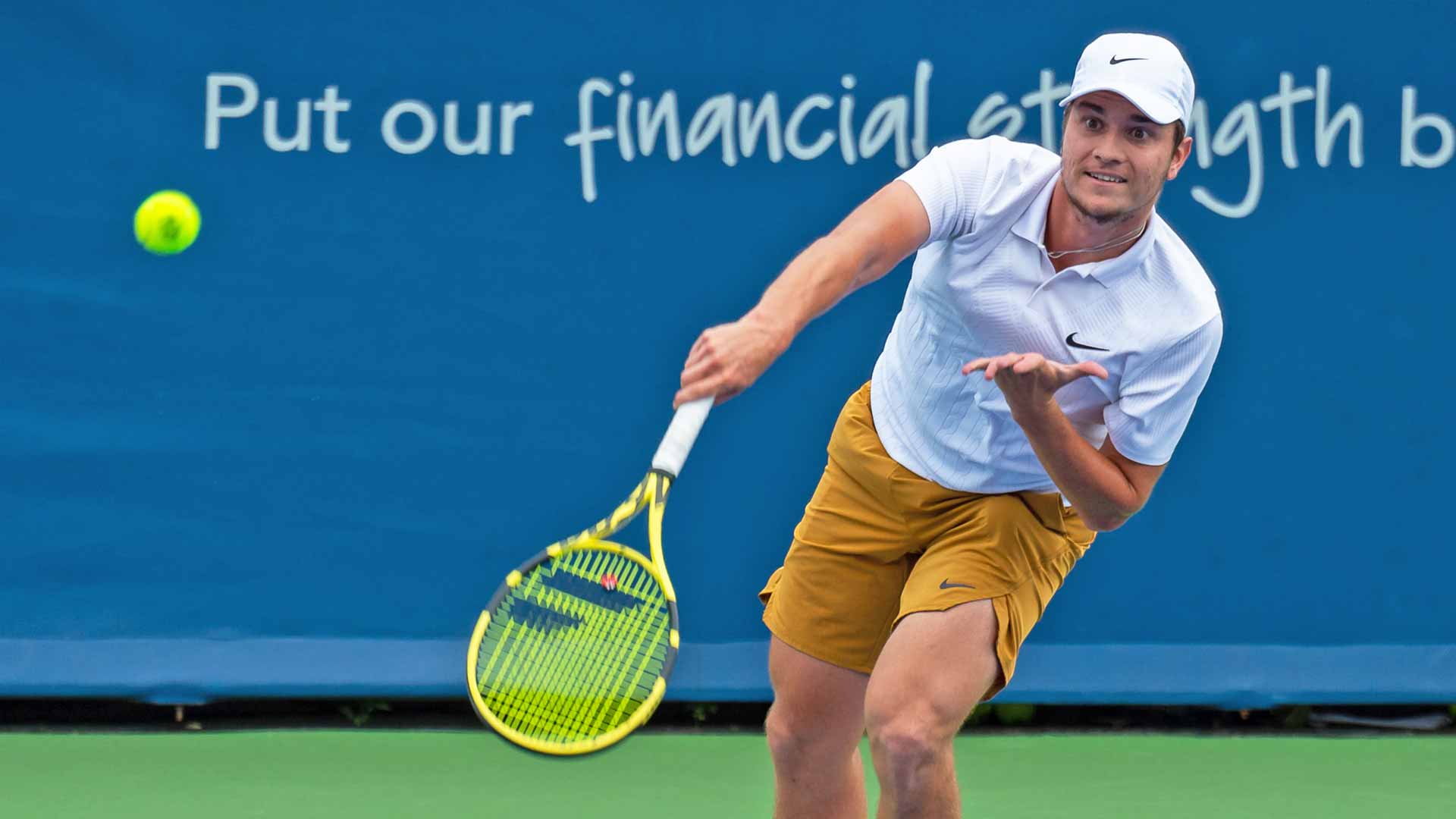 There Goes My Hero: Yoshihito Nishioka dreamt of this moment for years. When the draw came out, Nishioka knew with one win his hopes of playing the Japanese flagbearer, his practice partner and friend, would be realised. On Wednesday, the 23-year-old qualifier recorded the first Top 10 win of his career by defeating Kei Nishikori, who left Grandstand to the song, "My Hero". “I was so excited to play with him,” said Nishioka. “I was nervous at the beginning. But also, I could see he was nervous too. So I think we were both tight. Maybe, I was playing more aggressive than him.” 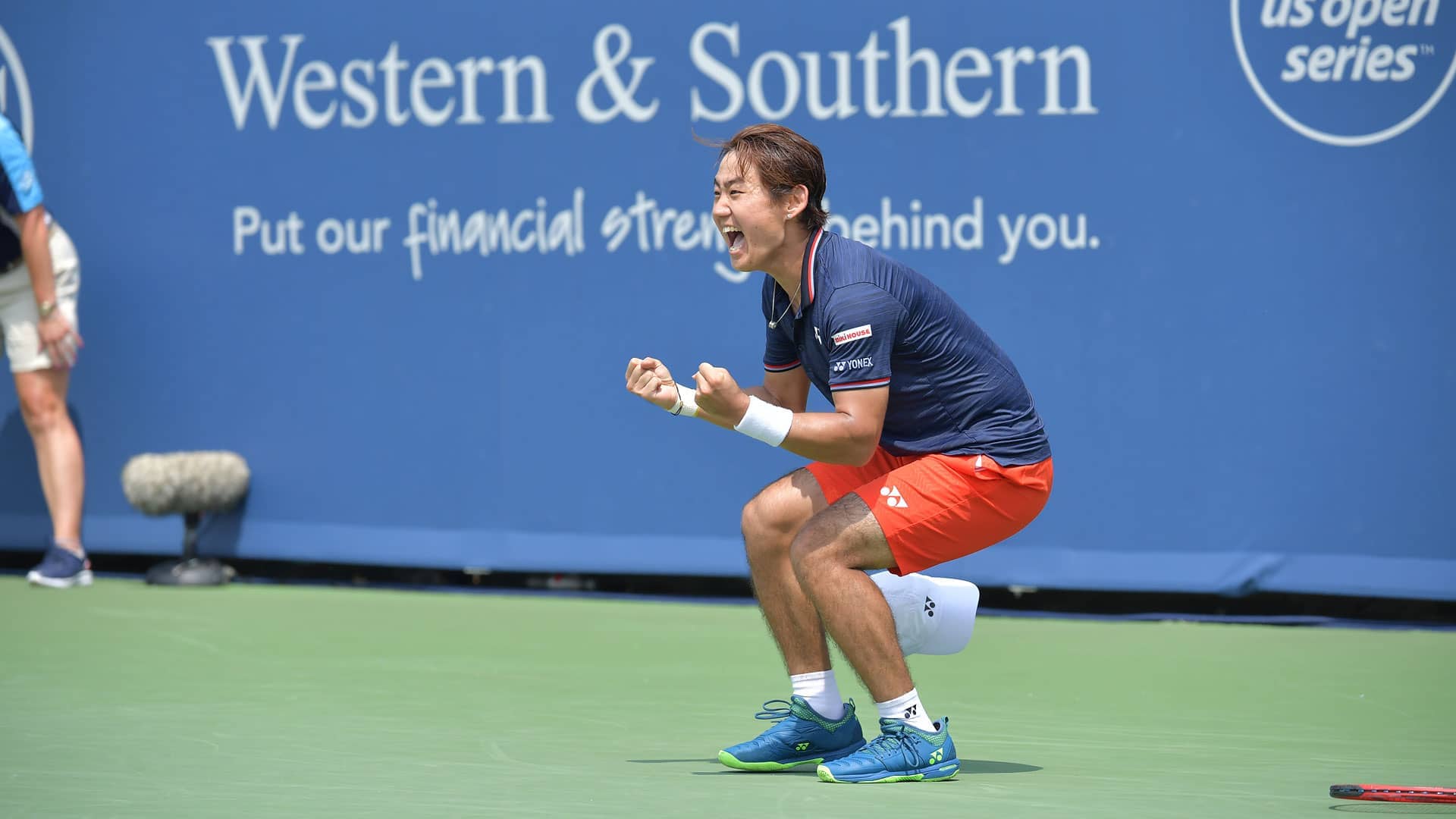 1,100 Wins & Counting: When Bob Bryan underwent right hip surgery last August, his hope was to make it back to the ATP Tour for one more match. Forty-nine matches later this season, he and Mike Bryan reached 1,100 tour-level doubles wins as a team by defeating Jeremy Chardy and Fabrice Martin. “It’s a staggering number when you look at it. We thought we’d be stuck on whatever number we were at last year. I was just trying to get back out there to play one more match,” said Bob. Read More 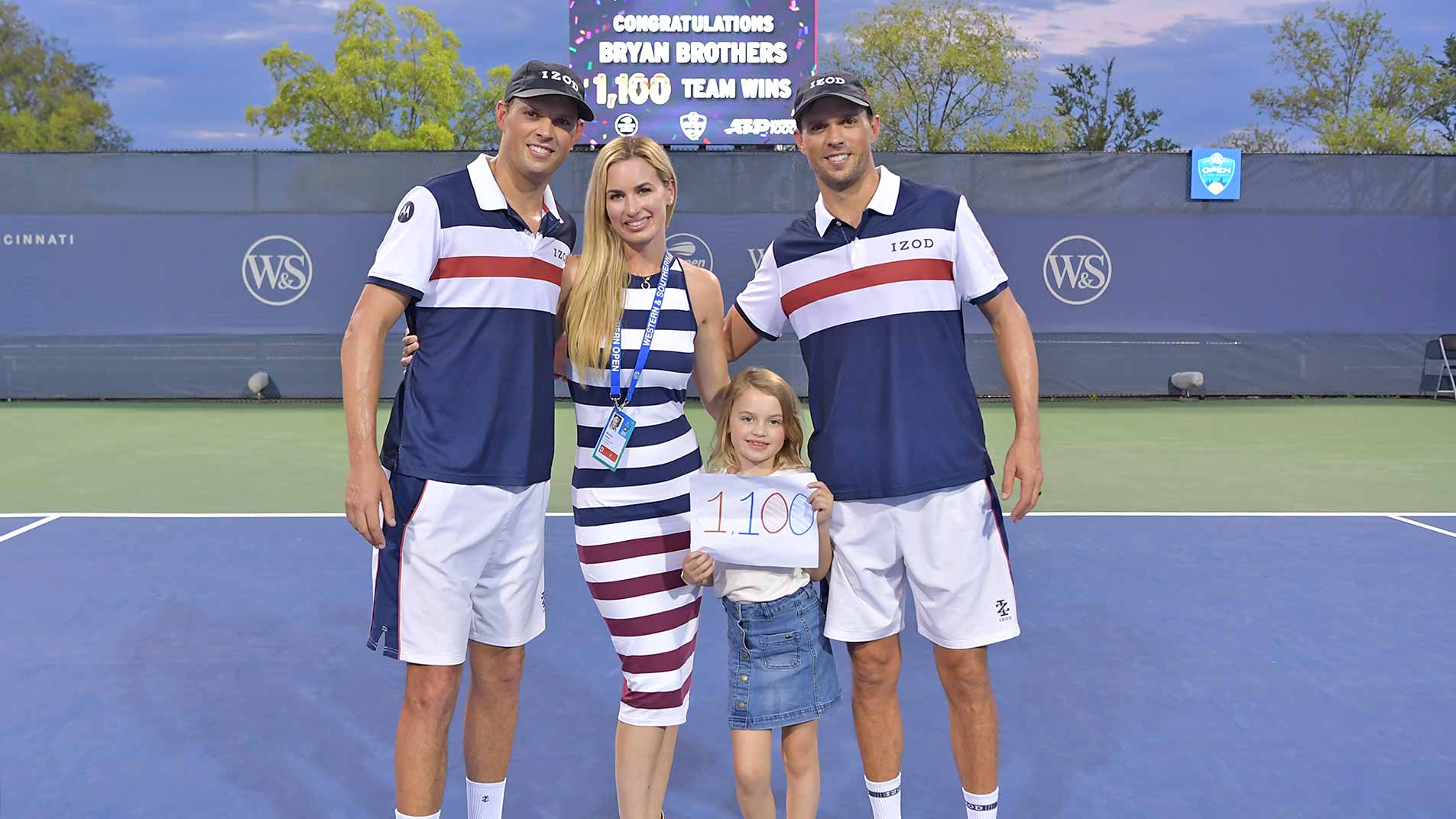 Step By Step: Andy Murray made a winning return to the ATP Tour two months ago at The Queen's Club, teaming up with Feliciano Lopez to win the Fever-Tree Championships in his first tournament since undergoing hip surgery. This week, the former World No. 1 took another step in his comeback, playing his first singles match in 210 days.

"I think I did okay," said Murray, following his defeat to Gasquet. "I think there were a lot of things I would like to have done better in the match, but you also have to be somewhat realistic, in terms of what you can expect." Read More