ATP Staff
This article contains:
Relive the best moments from the sixth ATP Masters 1000 of the season

It was another incredible ATP Masters 1000 week in Montreal, the third tournament at this level on hard courts this season. There were plenty of storylines to follow, from Canadians trying to make a deep run in front of their home crowd to new stars breaking through further than ever before, but once again it was Rafael Nadal who reigned supreme. The Spaniard claimed his fifth Coupe Rogers trophy, moving to within two crowns of Ivan Lend's record seven.

Relive the best moments of the 2019 Coupe Rogers.

Singles Champion... Nadal lost just one set this week, in the first set of his quarter-final against in-form Italian Fabio Fognini. But otherwise, Nadal was his dominant self, sprinting to his record-extending 35th Masters 1000 title with a 6-3, 6-0 triumph in the final against red-hot Russian Daniil Medvedev.

Nadal, also this year's Internazionali BNL d'Italia winner, has now won multiple Masters 1000 titles for three consecutive years, and he is the 13th player in the Open Era to clinch 20 tour-level hard-court trophies.

With his win over Guido Pella in the third round, Nadal also recorded his 379th ATP Masters 1000 match win - overtaking Roger Federer at the top of the leaderboard.

You May Also Like: Nadal Adds To All-Time Masters 1000 Titles Record 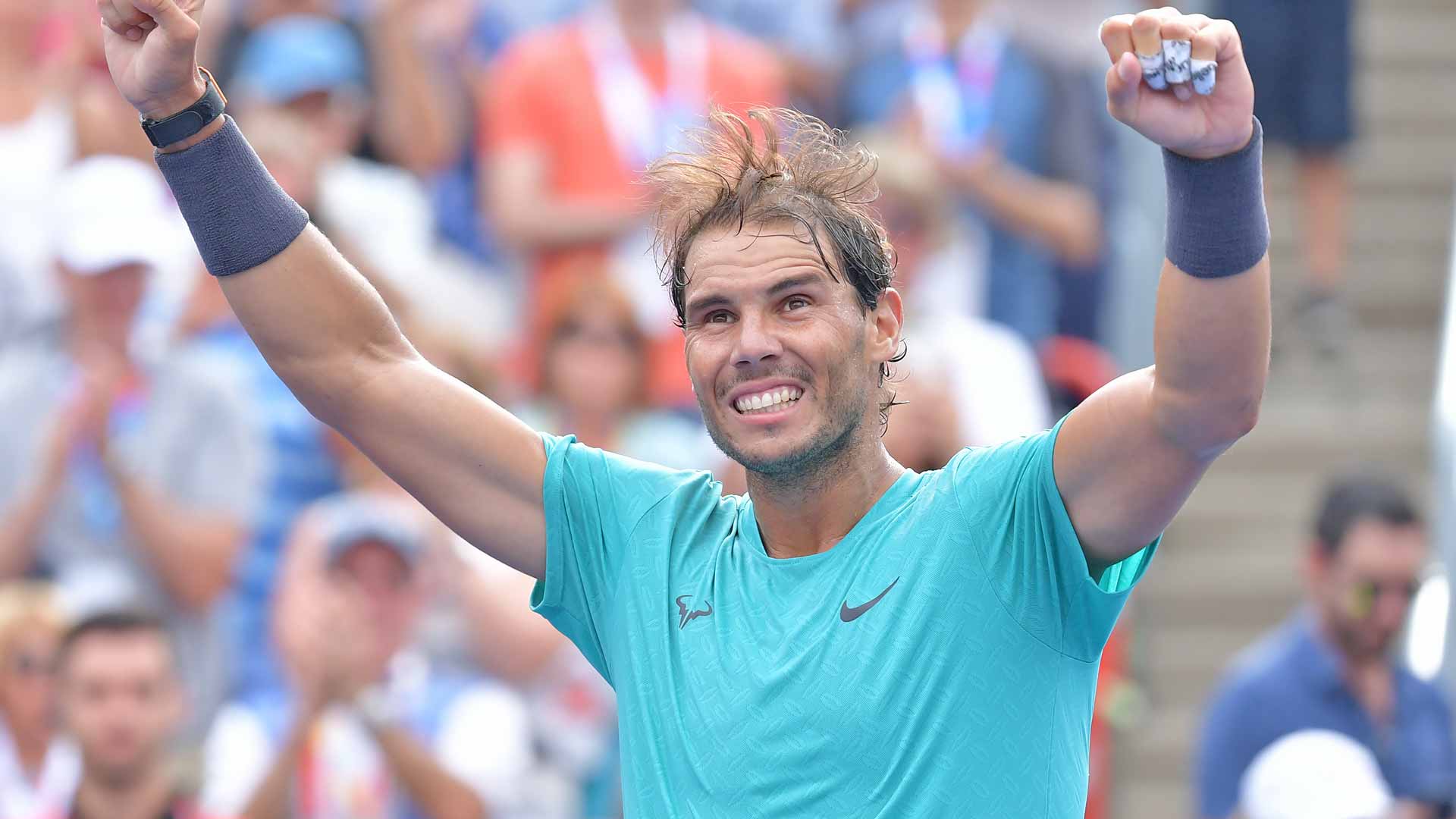 Doubles Champion... Marcel Granollers and Horacio Zeballos had never shared the same side of the court prior to arriving in Montreal. But they quickly found a rhythm in Canada, winning the title with a 7-5, 7-5 victory against Dutchmen Robin Haase and Wesley Koolhof in the final.

Both players had previously enjoyed Masters 1000 glory. But it was impressive how they gelled immediately against some of the best doubles teams in the world, and they did not drop a set in the final. Additionally, Zeballos is projected to become the first Argentine to crack the Top 10 of the ATP Doubles Rankings since they began in 1976. Read Report 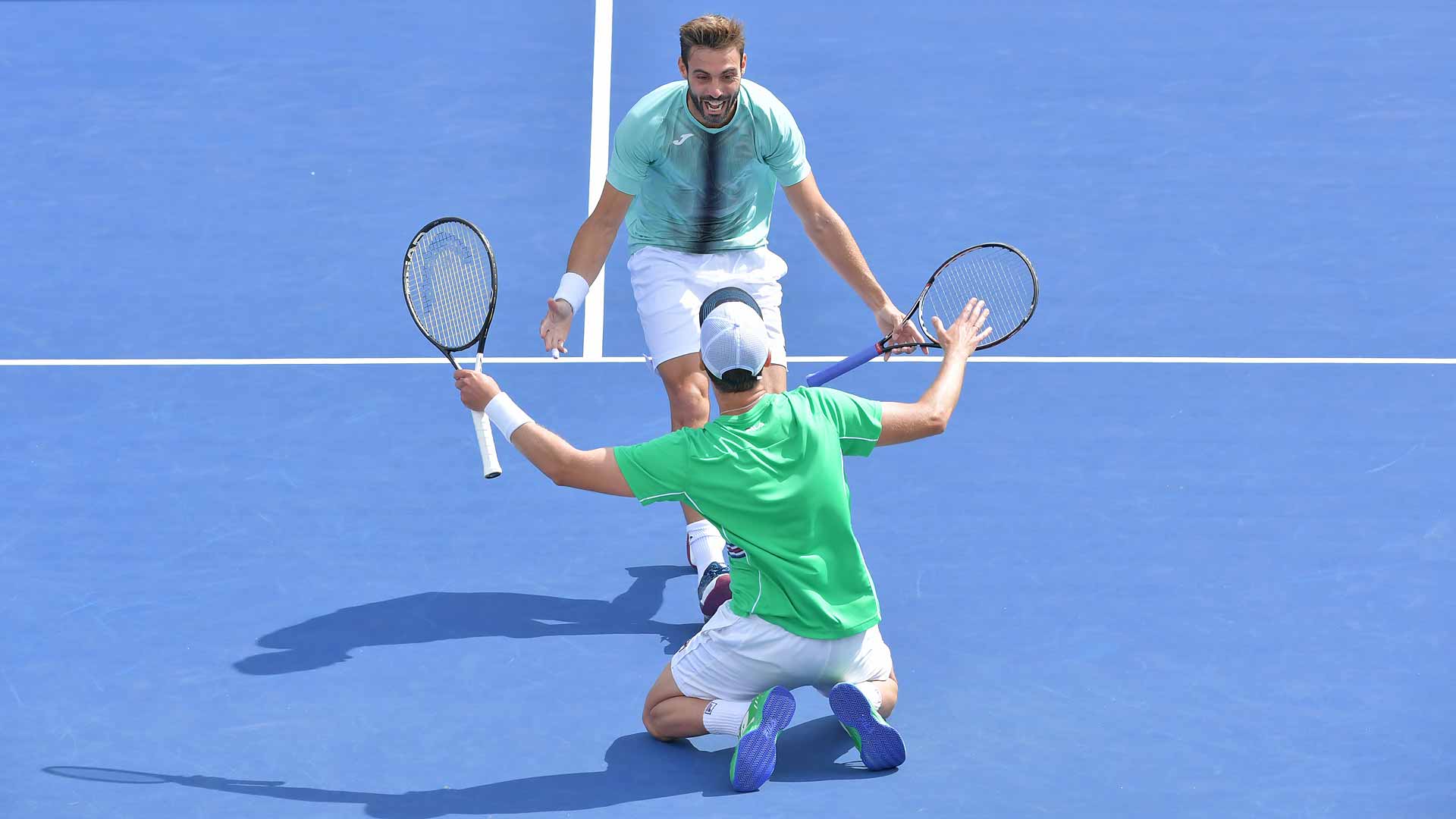 The Artist Keeps Winning... Daniil Medvedev advanced to his first ATP Masters 1000 final without dropping a set. Medvedev, who swept past second seed Dominic Thiem a day earlier, defeated Karen Khachanov in the first Masters 1000 semi-final between two Russians - a victory that ensured that Medvedev would become the top-ranked player from his country on Monday.

"I absolutely did not think about the times when we were young. But it is, of course, a very special match. Before the match, I hadn't thought about that, but I quickly understood it was going to be the match for me to become the top one in Russia," Medvedev said. "So it was a big match. Both of us, we don't like to play each other, so we were tense." 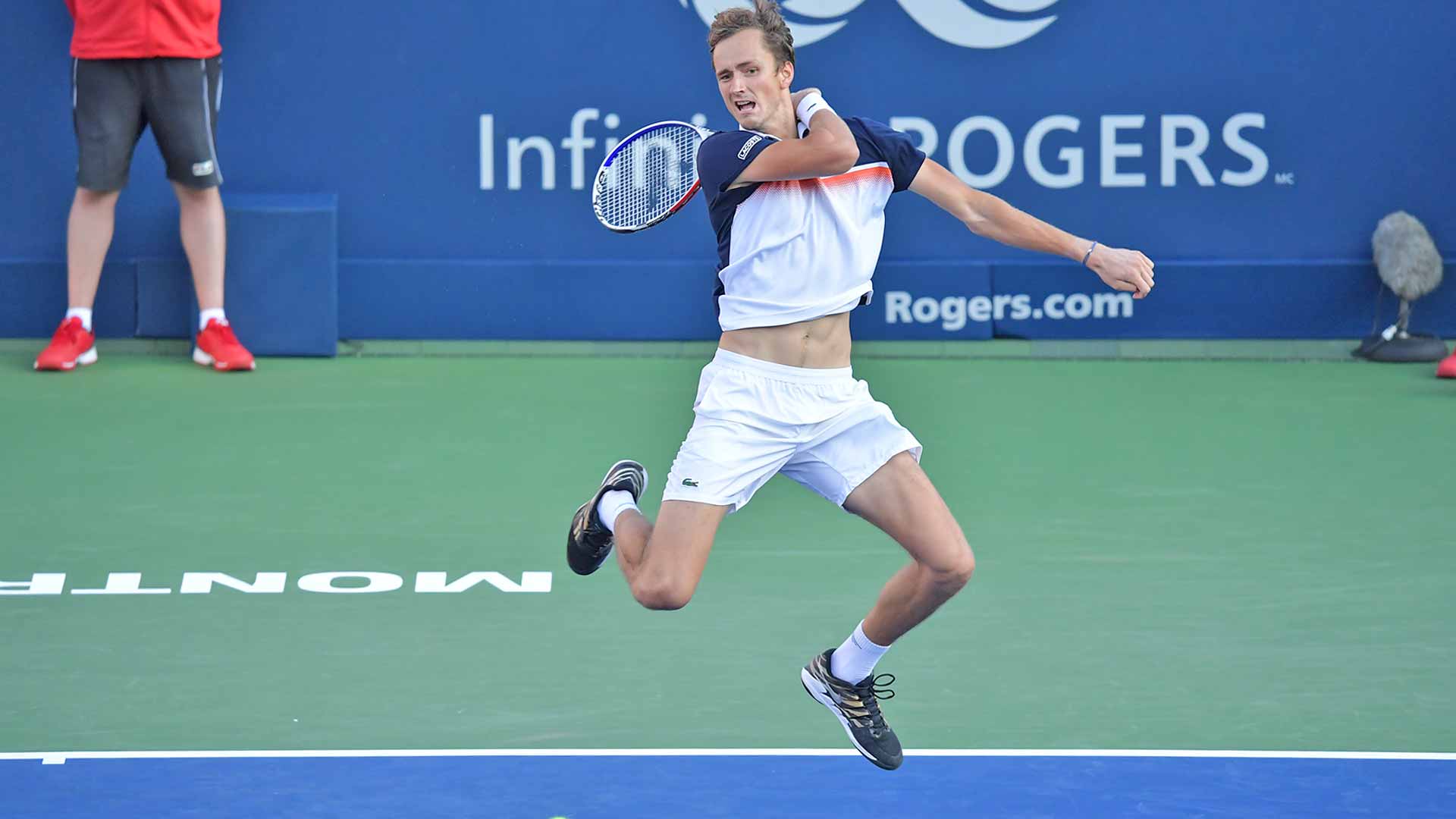 Magic Before Heartbreak... Gael Monfils produced a thrilling three-set victory in the quarter-finals on Saturday afternoon, defeating Roberto Bautista Agut 6-4, 3-6, 7-6(2). But the Frenchman was unable to take the court for the semi-finals against top seed Rafael Nadal, withdrawing due to an ankle sprain suffered in the second set of his match against Bautista Agut. Read More 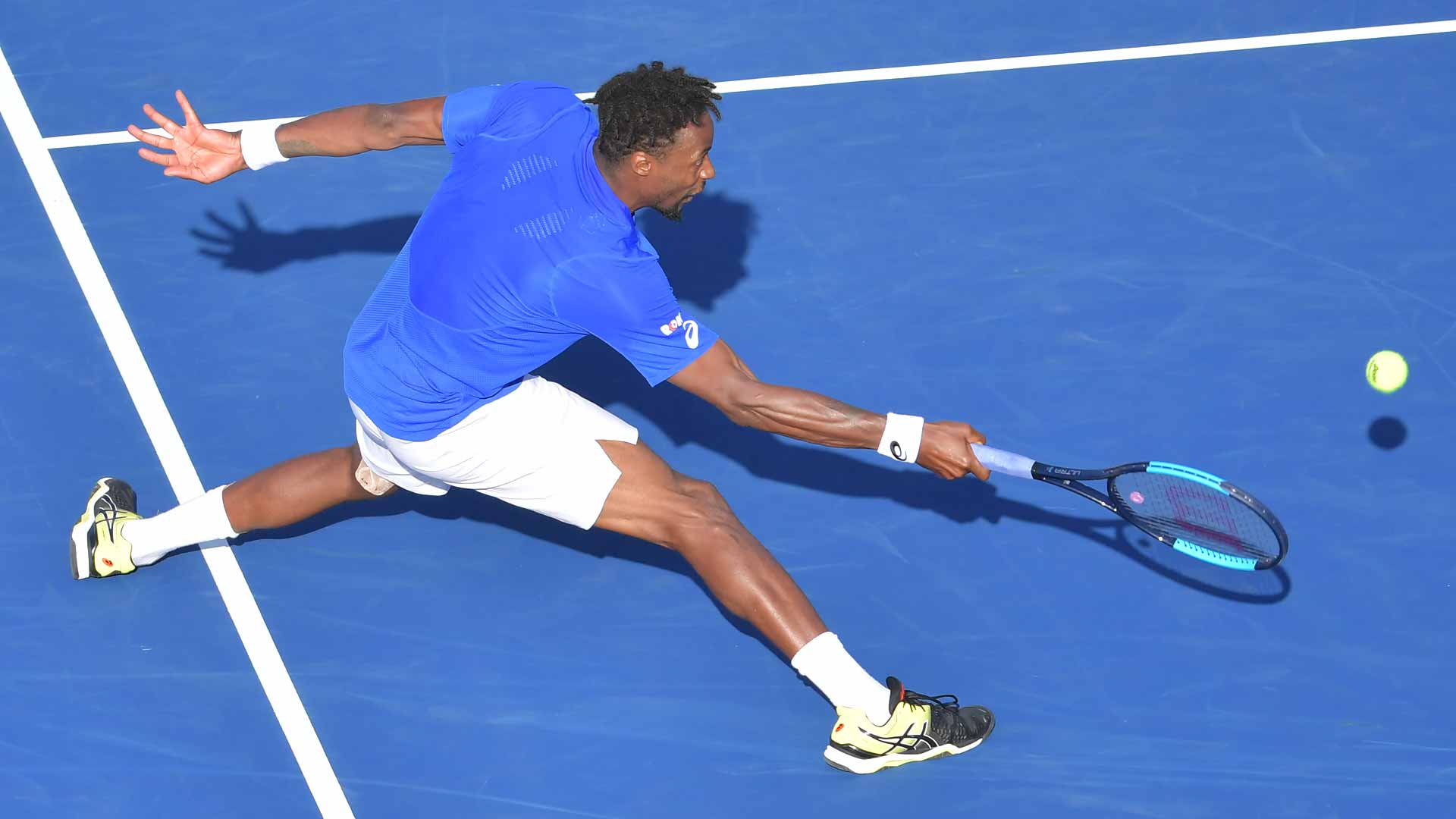 Khachanov K.O.s Zverev... Entering the Coupe Rogers, Karen Khachanov had not reached the semi-finals of an ATP Masters 1000 tournament since lifting his maiden title at this level at last year’s Rolex Paris Masters. But the Russian snapped that streak on Friday, ousting 2017 champion Alexander Zverev 6-3, 6-3 to make the last four. Read More 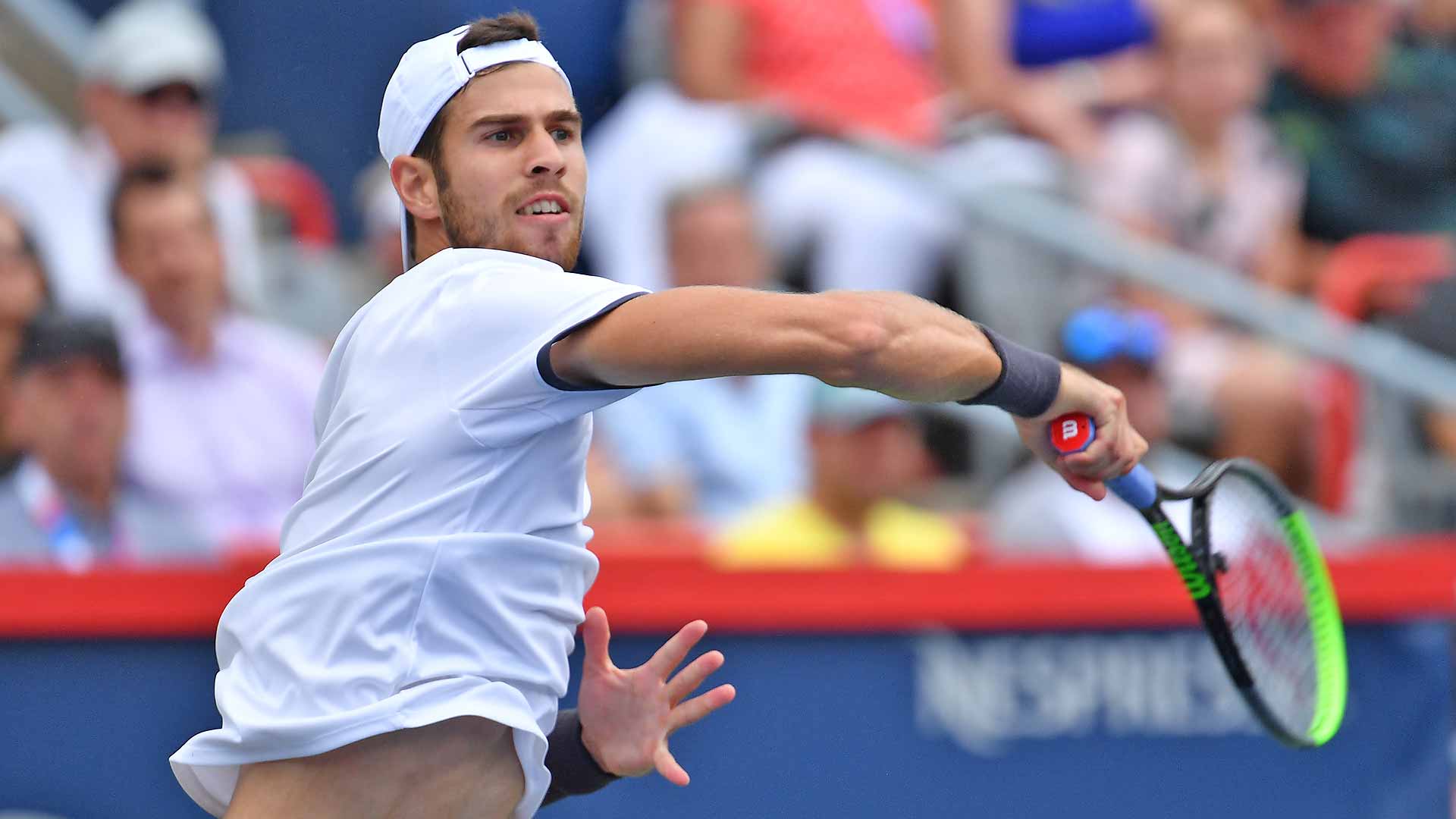 Bob Celebrates Milestone... Bob Bryan added another milestone moment to his legendary career on Thursday. Teaming with Mike Bryan, he joined his brother as the only players to win 1100 tour-level doubles matches by reaching the quarter-finals in Montreal over Austin Krajicek and Michael Venus 7-5, 7-6(6). Read More 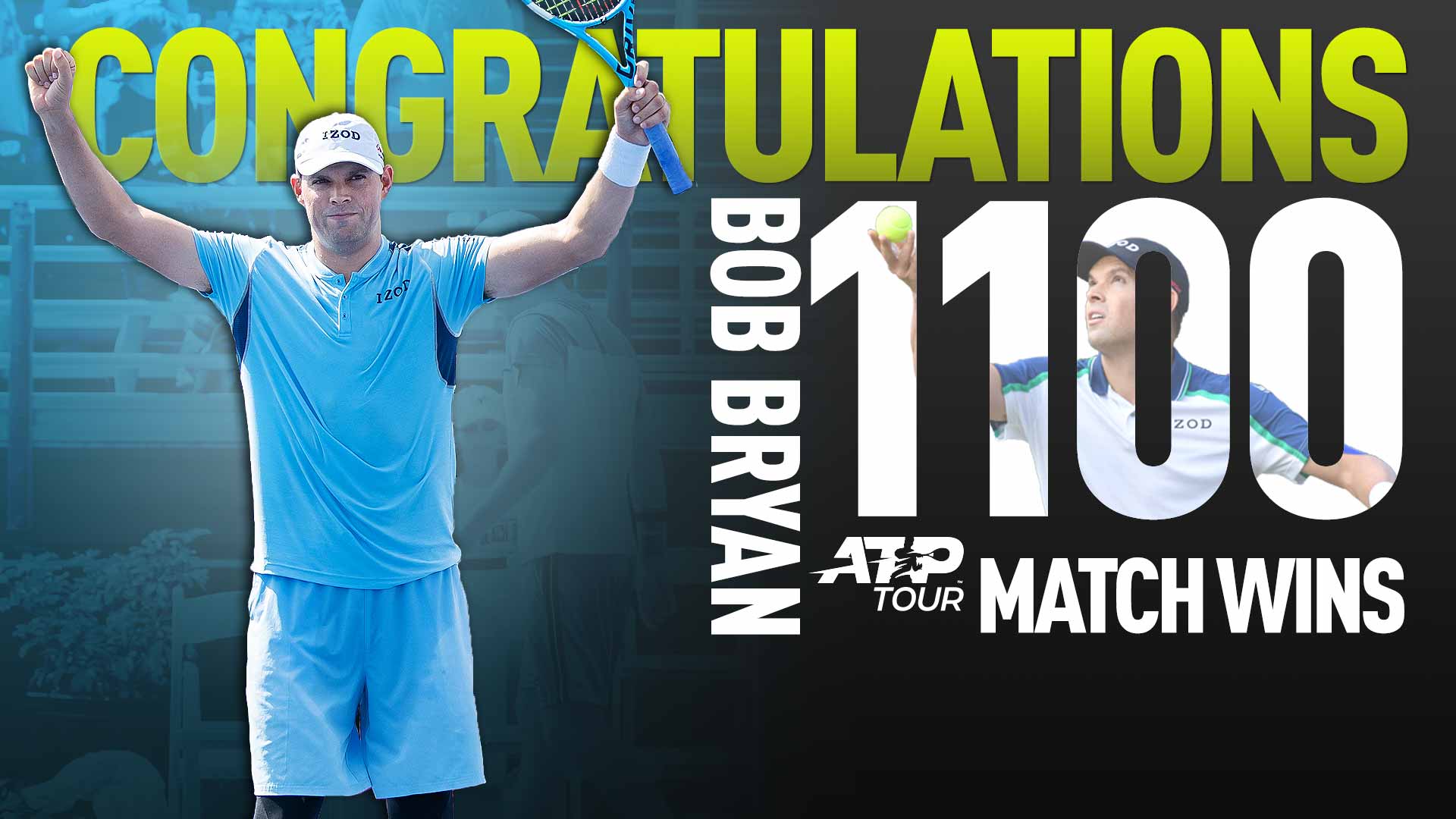 O Canada! Felix Auger-Aliassime faced tremendous pressure in his Montreal debut, but the #NextGenATP star rose to the occasion, advancing to the Round of 16.

It started with the draw, as Auger-Aliassime had to play good friend and countryman Vasek Pospisil, who found inspired tennis to force a third-set tie-break against the teenager. But Felix pushed through and then advanced to the third round when another Canadian, former World No. 3 Milos Raonic, had to retire after two sets of their match. Auger-Aliassime appeared poised to keep his dream run going in front of the home crowd, but eventual semi-finalist Karen Khachanov rallied to know him out in three sets.

Even still, it was a successful week for Auger-Aliassime, who had fans bursting at the seams to simply get a look at him from the moment he walked on court for his first practice, which was before qualifying began. 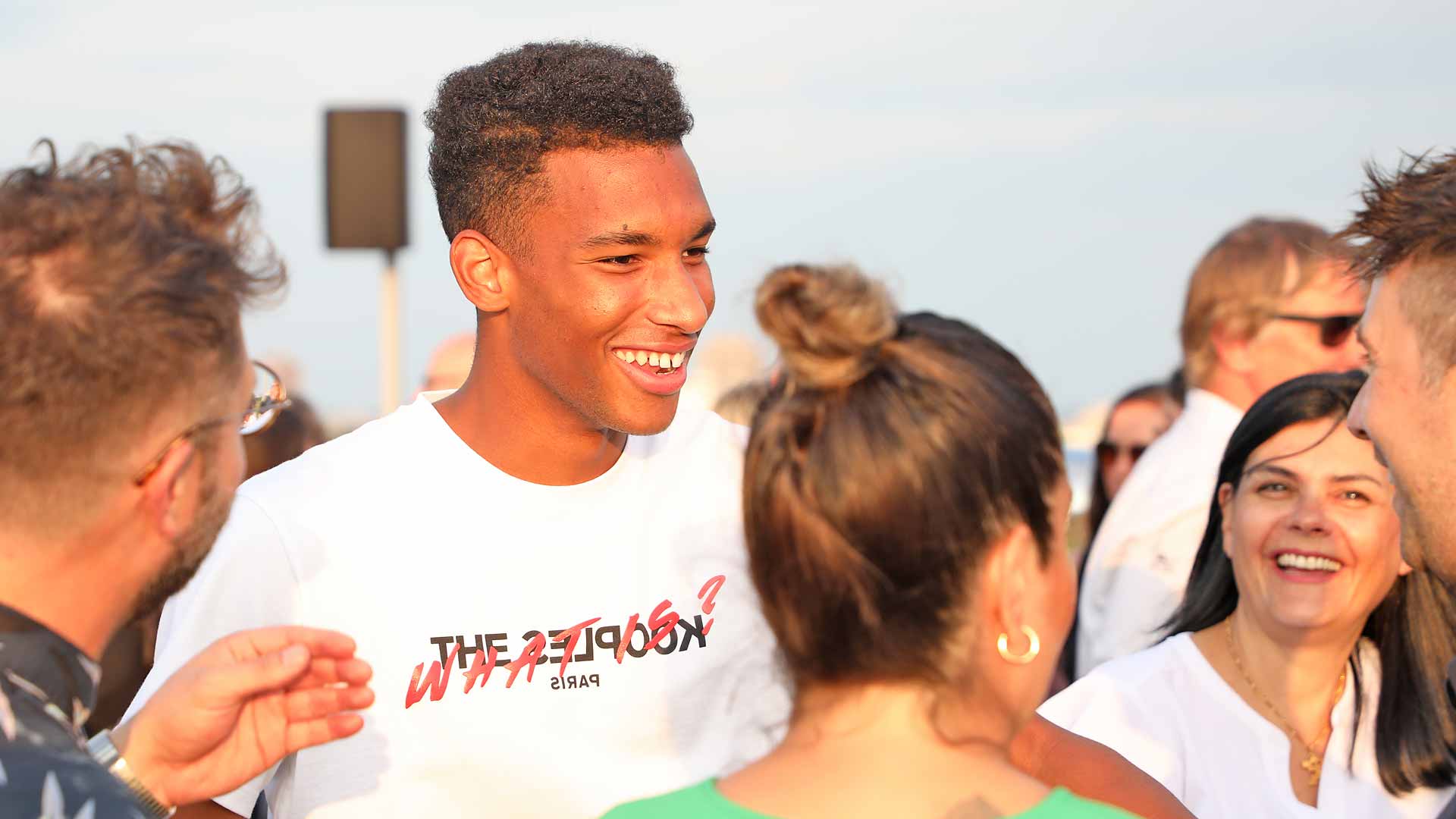 Silent Assassin Strikes Again... During the March Masters, Hubert Hurkacz ousted Kei Nishikori en route to the BNP Paribas Open quarter-finals and followed with an upset win over Indian Wells champion Dominic Thiem in Miami. At the Coupe Rogers, he earned another big victory in ATP Masters 1000 action as he knocked out 2018 finalist Stefanos Tsitsipas. Hurkacz was clutch under pressure against the fourth seed, saving nine of 10 break points, including all four in the third set.

"It's a huge win. Stefanos is an amazing player... I'm so happy that I won," Hurkacz said. "I think I served really well today, that helped me a lot." 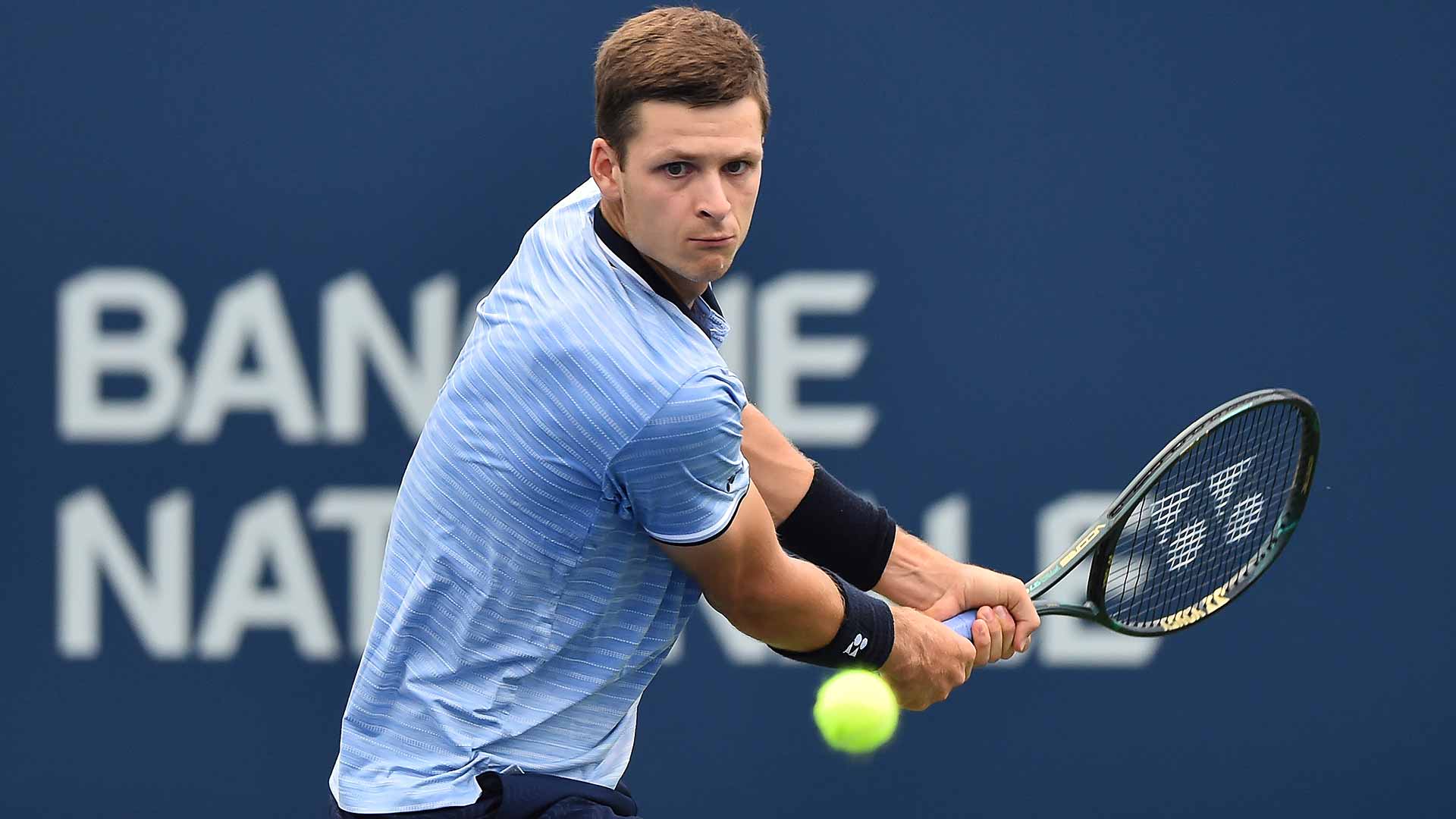 Shapovalov Turns Back The Clock... It was as if it was 2017 all over again. Denis Shapovalov had the Montreal crowd roaring again during his opener against Pierre-Hugues Herbert. The #NextGenATP Canadian, who made his breakthrough two years ago at the ATP Masters 1000 event, brought some of his best tennis to snap a five-match losing streak against the Frenchman, before ultimately succumbing in three sets against second seed Dominic Thiem.

"I was excited the whole week for this moment, regardless of win or lose, just to be able to play in front of everyone," he said. "It really brings a lot of joy for me. It's moments like this why I chose to pick up a racquet. Obviously two years ago it was a dream run for me. I couldn't wait to get back to this court, to this tournament."  Read & Watch 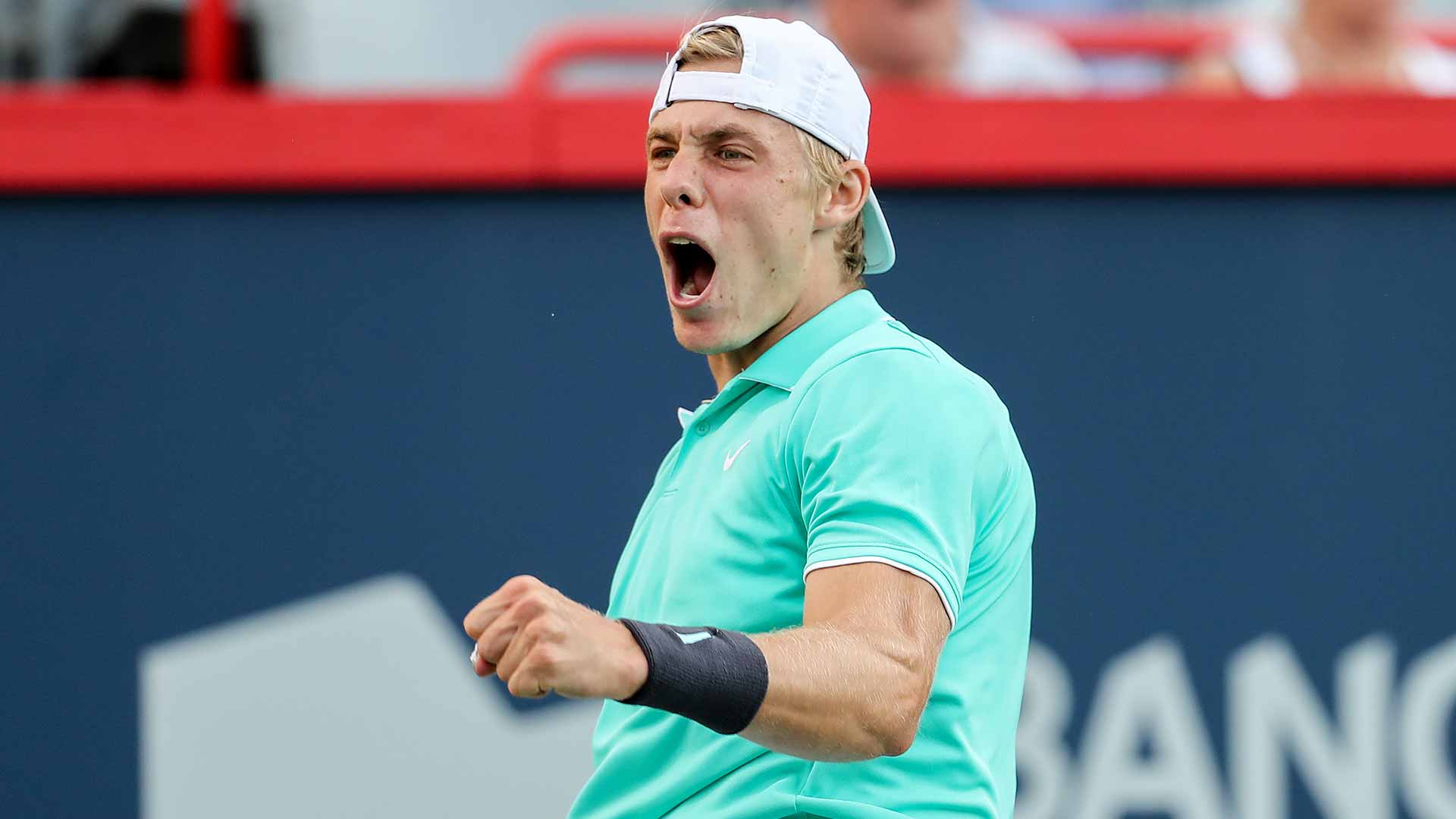 “They scored four goals very quickly, so we were happy to score two,” Melzer said. “In the end it’s not about winning, it’s about having fun.” Read More 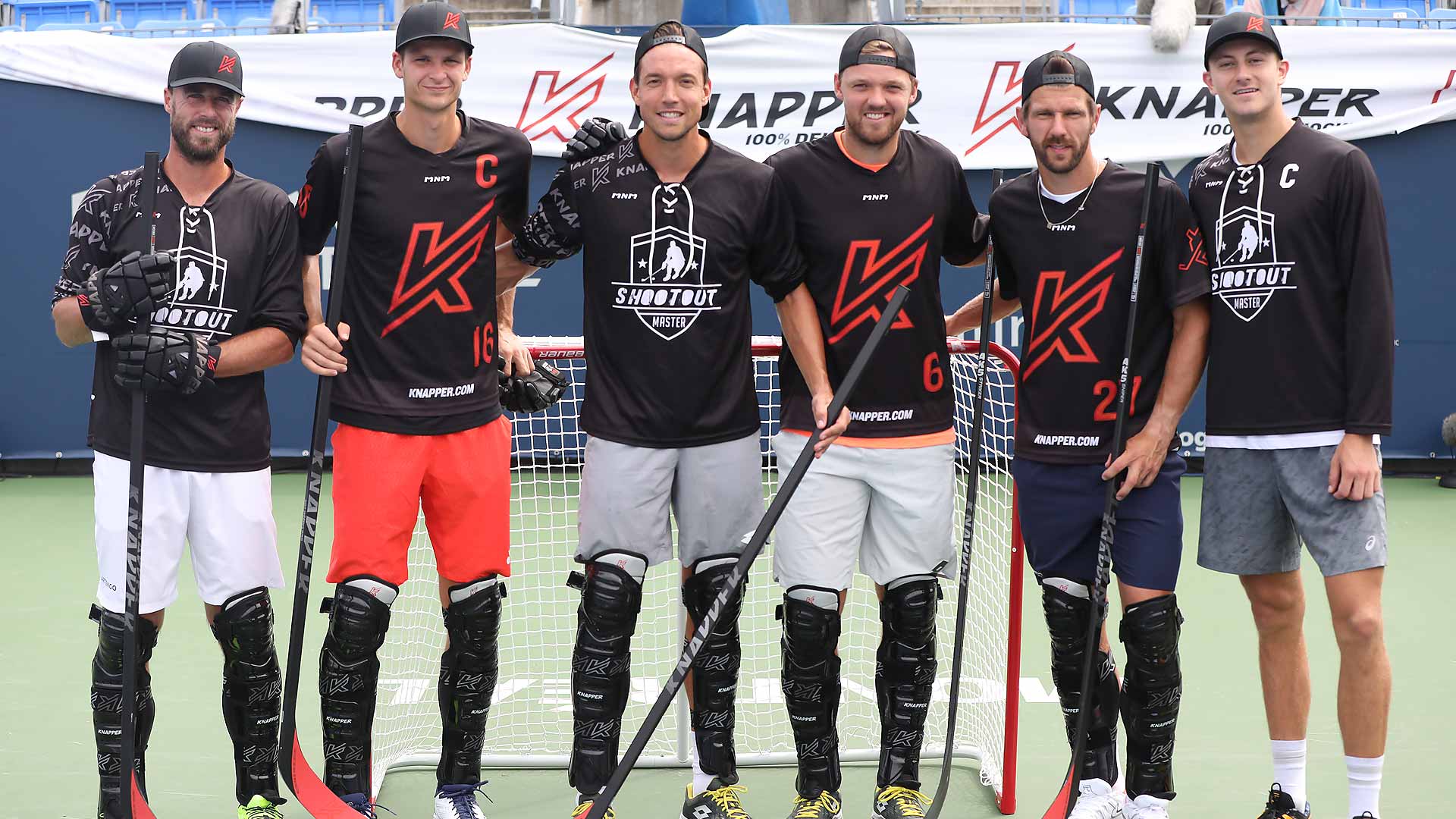