A Look Back At The 2019 Rolex Paris Masters

ATP Staff
This article contains:
Relive the best moments from the ninth ATP Masters 1000 of the season

From Novak Djokovic's flawless title run to home hopes thrilling the Bercy crowd throughout the week, relive the best moments of the 2019 Rolex Paris Masters.

1. Djokovic Maintains No. 1 Hopes: Djokovic arrived in Paris knowing he would lose his No. 1 ATP Ranking to Rafael Nadal on 4 November, and that, depending on this week's results, he'd lose his hopes of securing the year-end top spot for the sixth time, too. But the Serbian kept his year-end No. 1 dreams alive with a tremendous run at the season's final ATP Masters 1000 event, battling to the title without losing a set.

The top seed extended his record to five titles at this tournament, and he also tied John McEnroe for fifth all-time with 77 tour-level crowns. 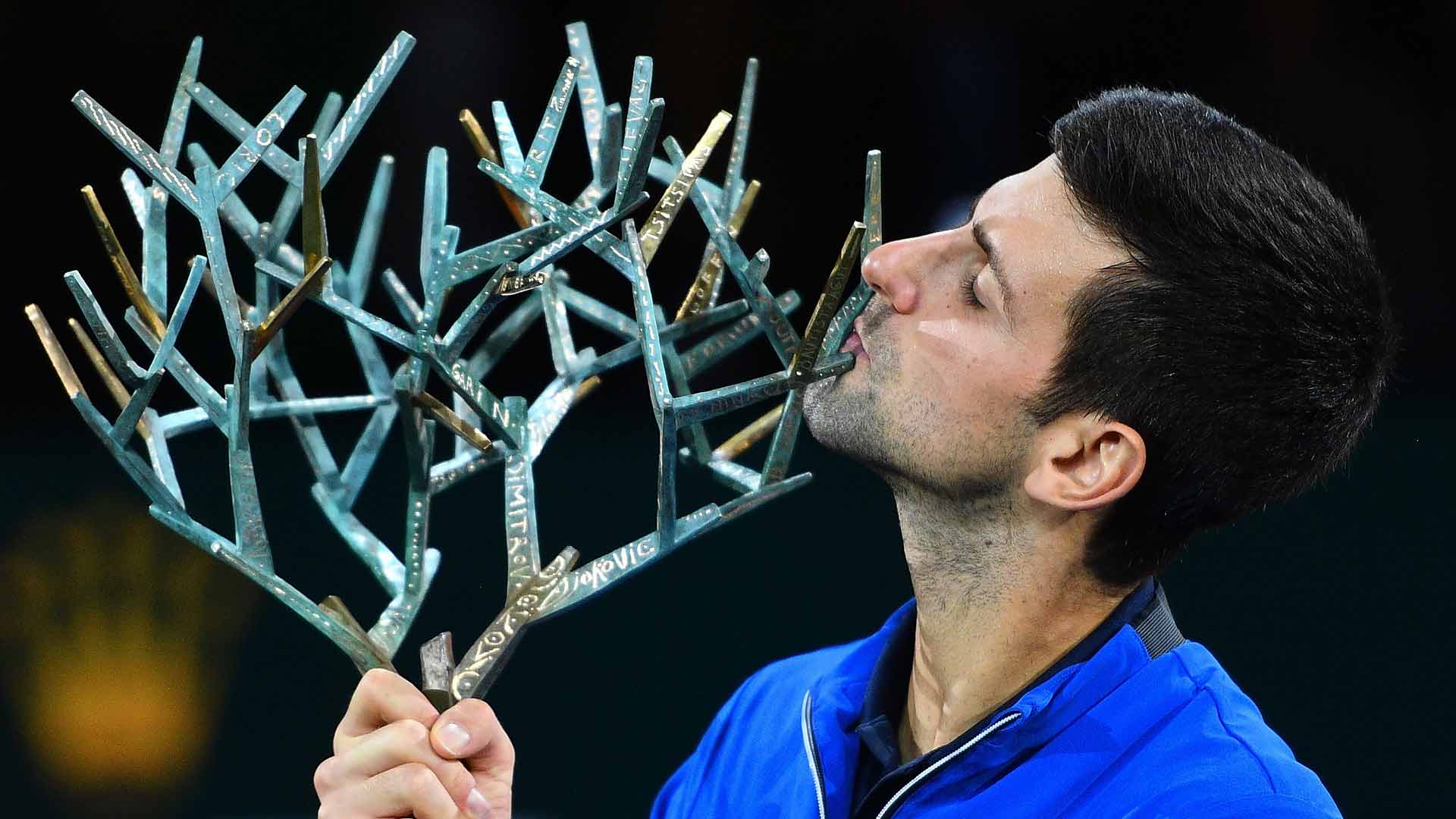 2. Doubles Champs: Nicolas Mahut and Pierre-Hugues Herbert became the first Frenchmen to win the doubles title in Bercy since Arnaud Clement and Michael Llodra in 2006. The home favourites did not lose a set, defeating Russian singles stars Karen Khachanov and Andrey Rublev in the final.

This year's Australian Open champions will now turn their attention to the Nitto ATP Finals, where they will compete together for the fifth consecutive year. 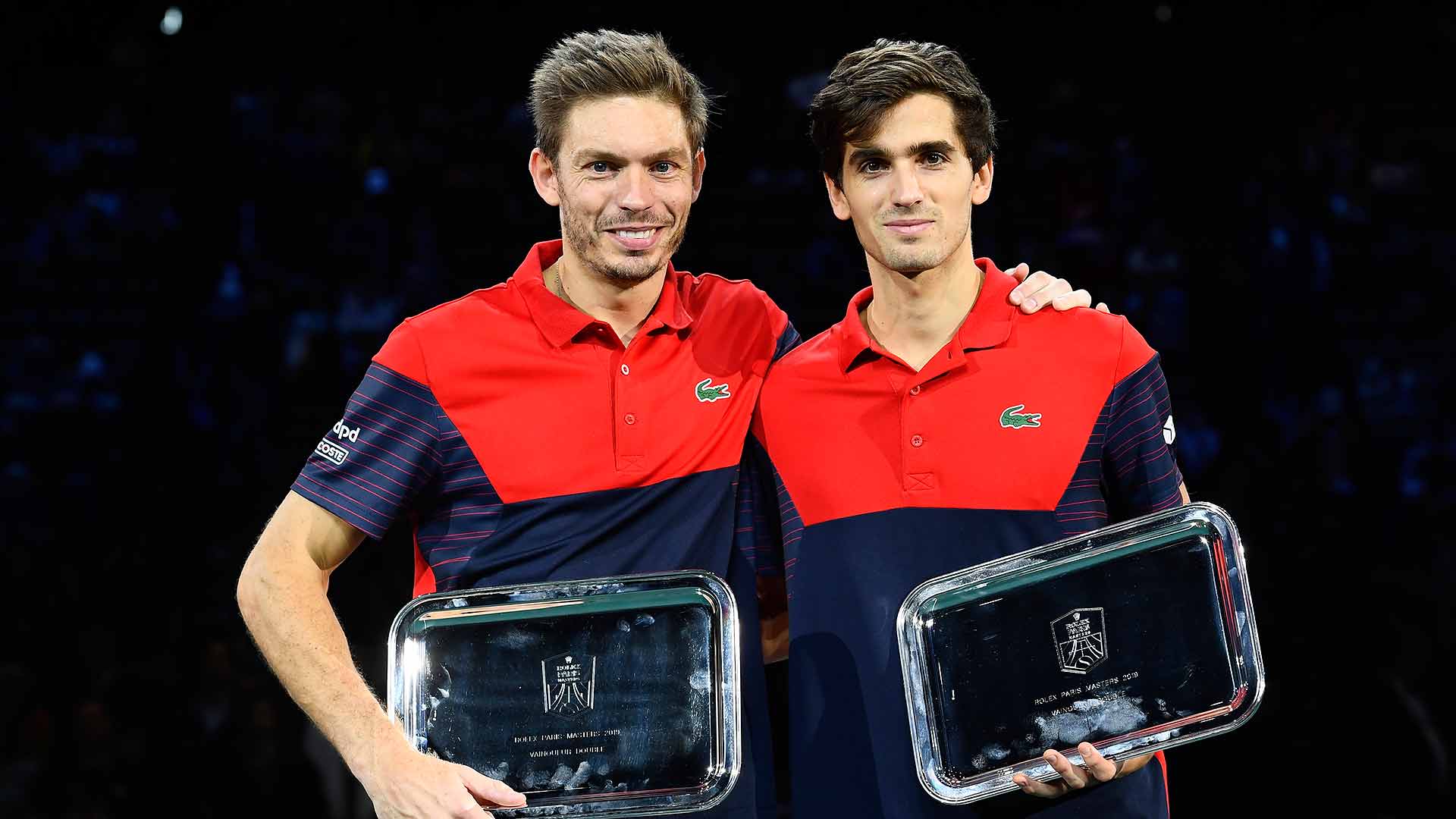 Following his loss to Novak Djokovic, Shapovalov ends the European indoor swing with an 8-2 record and will break the Top 15 in the ATP Rankings for the first time on Monday. Read More. 4. Final Battleground: With two singles and three doubles Nitto ATP Finals qualification positions up for grabs in Paris, the pressure was high for all London contenders. Alexander Zverev claimed the seventh singles spot after five contenders bowed out in second-round action Wednesday, and Italian Matteo Berrettini took his place in the field for the first time after Gael Monfils fell one win short of qualification in the quarter-finals against Denis Shapovalov. Read More 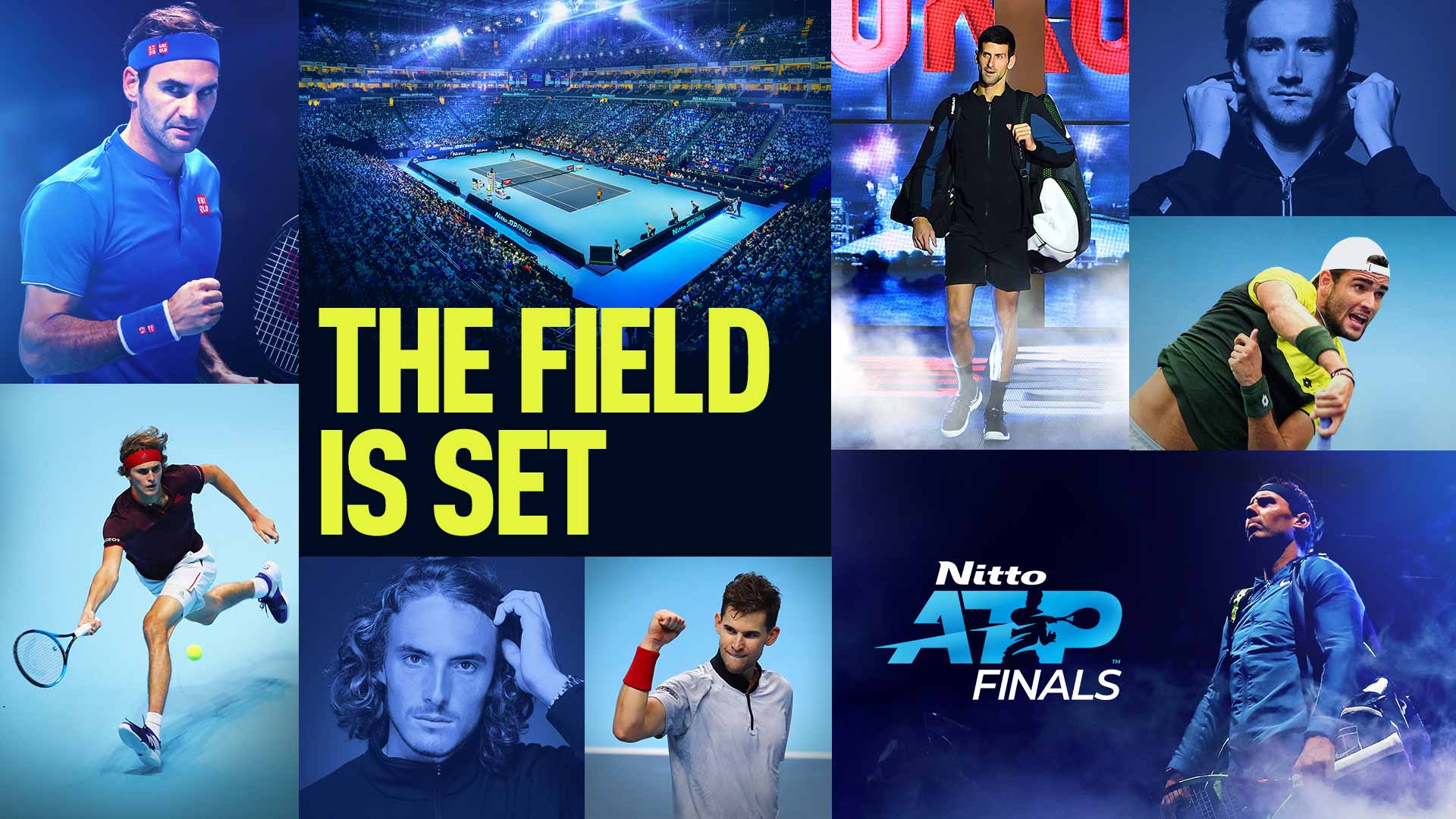 5. French Fever: For the first time since 2012, the crowd at the AccorHotels Arena saw two home players advance to the last eight. Home favourites Gael Monfils and Jo-Wilfried Tsonga provided hope of a first French champion since Tsonga’s triumph in 2008, before Denis Shapovalov and Rafael Nadal recorded straight-sets victories against the duo in Friday’s evening session.

Herbert and Mahut continued to thrill the home crowd all the way through the end of the tournament, becoming just the third all-French team to triumph at this event. 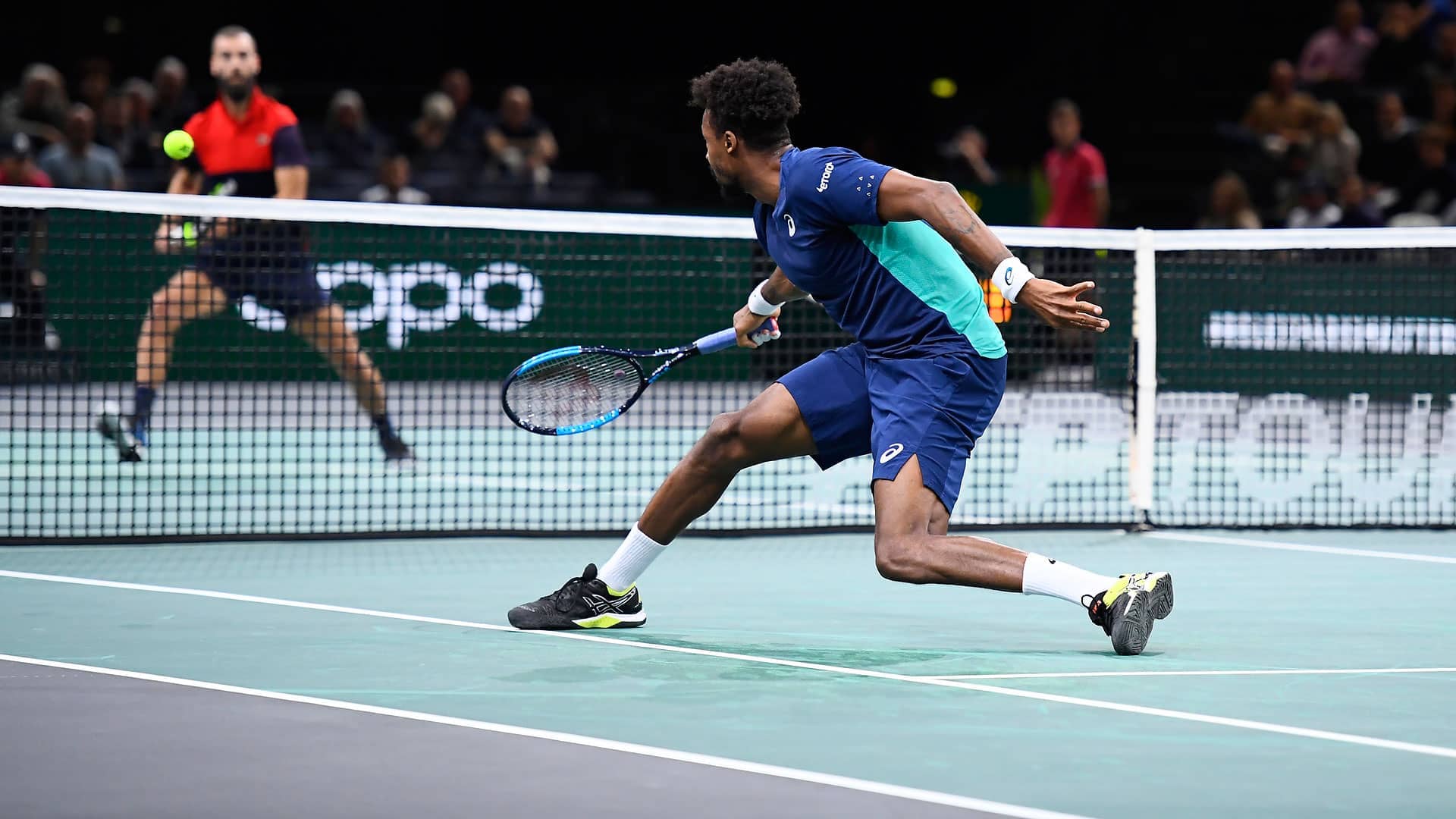 6. Halloween Triple Treat: The stars aligned for a spooky coincidence on Halloween as Djokovic, Nadal and Stefanos Tsitsipas all collected their 50th wins of the season on the same day. Tsitsipas, who reached the milestone for the first time, was the first to join Daniil Medvedev and Roger Federer in this year’s ’50 Club’ with a 6-3, 6-4 win over Australian Alex de Minaur. Djokovic followed next with a 7-6(7), 6-1 win over Briton Kyle Edmund and Nadal completed the hat trick following a 6-4, 6-4 win against Stan Wawrinka. Read More. 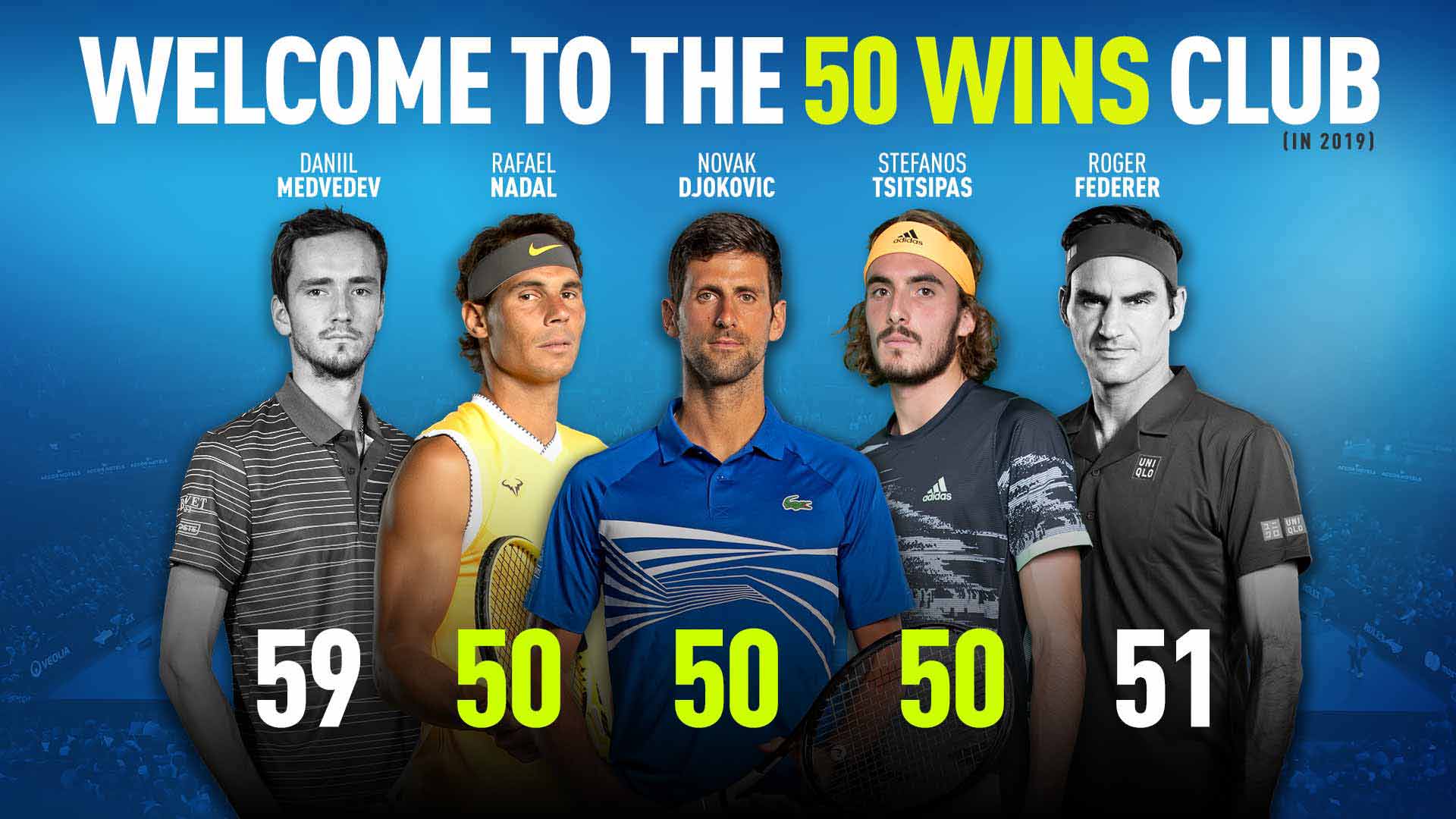 7. Chardy Snaps Multiple Medvedev Streaks (And One Of His Own): Jeremy Chardy upset Daniil Medvedev 4-6, 6-2, 6-4  in the second round to end the Russian’s 11-match Masters 1000 winning streak and run of six consecutive tour-level final appearances. The Frenchman saved 14 of 15 break points throughout the match to cut short Medvedev’s bid for a third straight Masters 1000 title.

Medvedev entered the match on a nine-match winning streak and had not lost any of the 18 sets he had contested since falling to Nadal in the US Open final. Chardy also broke a streak of his own, earning a first victory in his 11 most recent matches against Top 10 opposition. Read More

8. Struff Eliminates Defending Champ Khachanov: Jan-Lennard Struff beat defending champion Karen Khachanov 7-6(5), 3-6, 7-5 in the second round to earn the seventh Top 10 win of his career. The German fired 17 aces and won 84 per cent of first-serve points (48/57) to end Khachanov’s hopes of a spot at the Nitto ATP Finals after two hours. Read More

Khachanov bounced back to end his season on a positive note, advancing to the doubles final with Rublev, his countryman. It was their second Masters 1000 doubles final together, having finished runner-up last year in Miami. 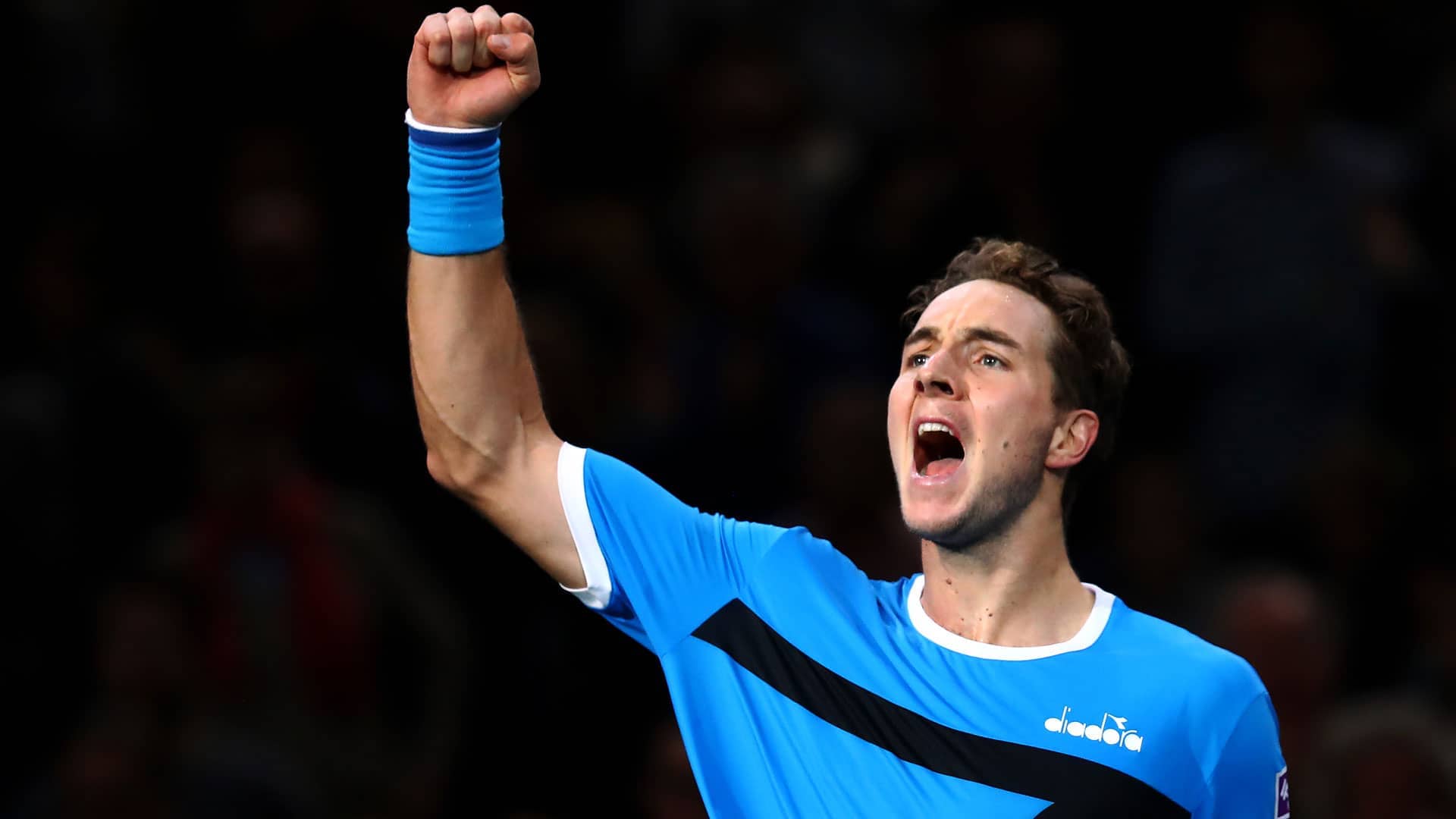 9. What Battle For No. 1? Although Novak Djokovic and Rafael Nadal came to the Rolex Paris Masters locked in a battle for year-end No. 1, it didn't stop the long-time rivals from practising together for the first time in 'years', according to Djokovic, ahead of the ATP Masters 1000 tournament.

"It was great. It was a lot of fun. It was very intense and competitive, as you can imagine, obviously, but in a very respectful way," Djokovic said. "We are rivals but that doesn't prevent us from being respectful and treating each other in the right way and our teams as well."  Read More 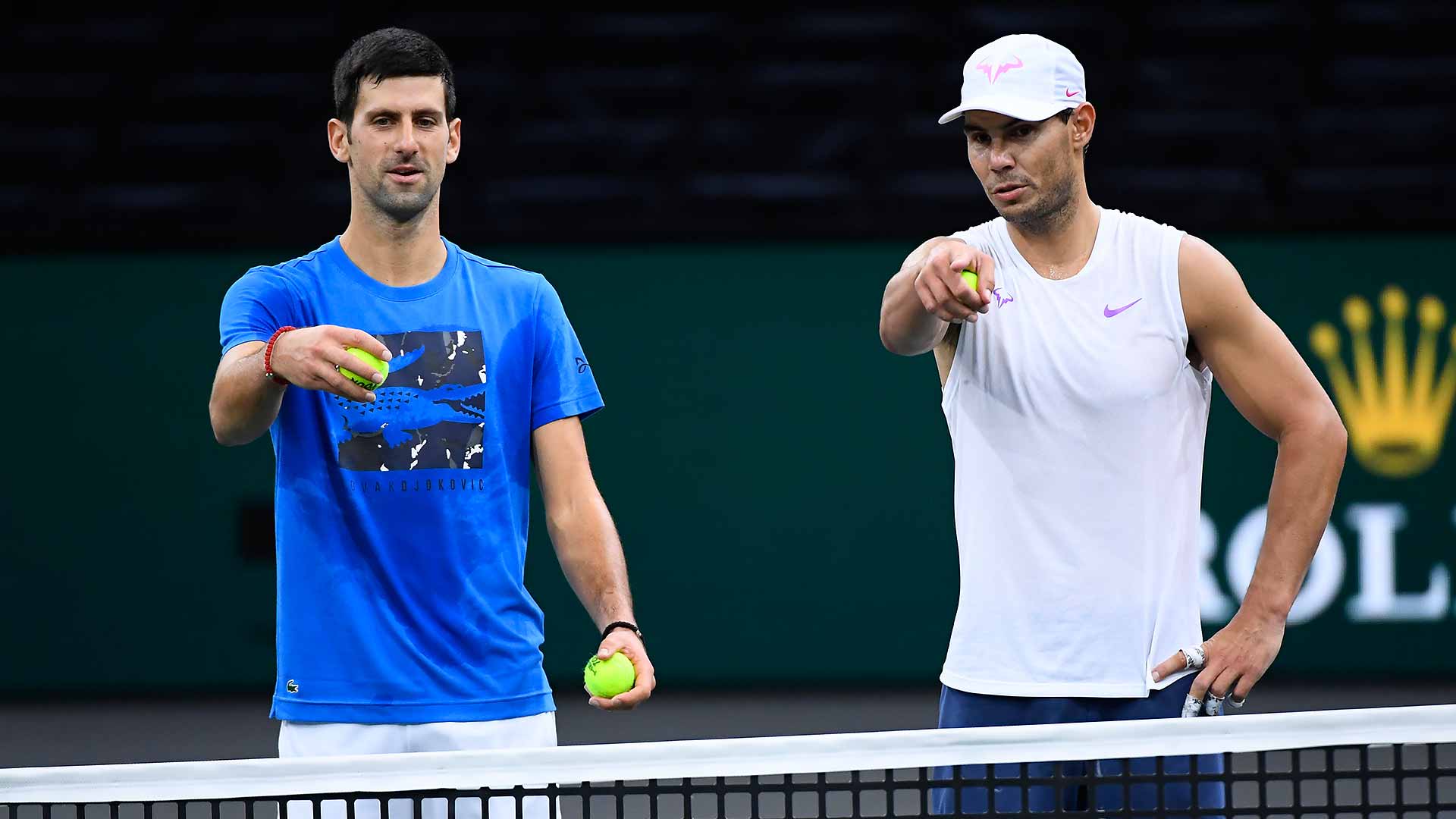 “The wedding had been a great day for me, for my wife, I think for the guests, too – for all the people that shared this special day with all of us,” said Nadal, ahead of his Paris opener. “Happy to be back here in Paris." Read More 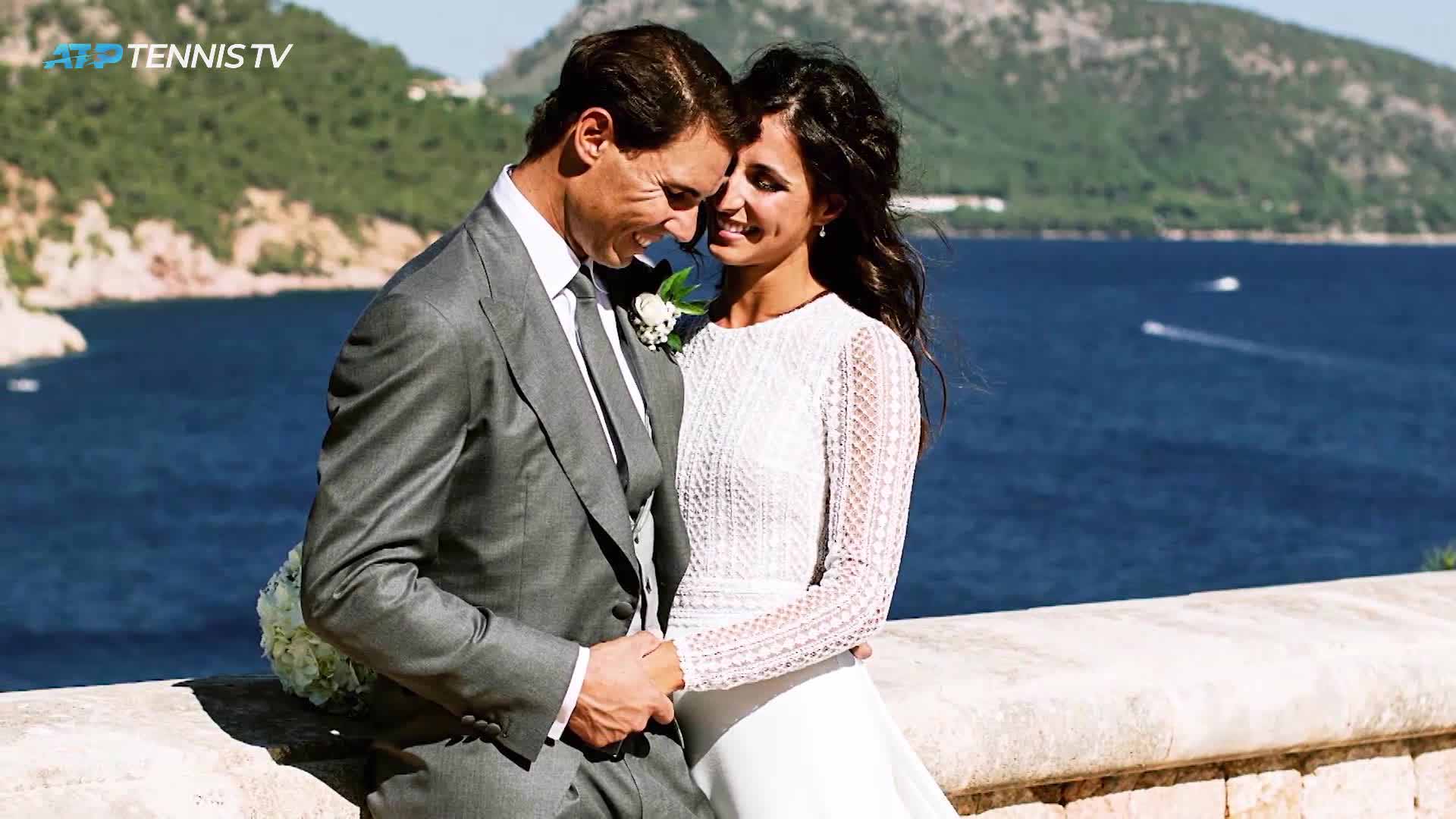