A Look Back At The 2019 Rolex Shanghai Masters

1. Medvedev Prevails In Shanghai: Can anyone stop this man? The Russian outclassed Alexander Zverev to take the title in Shanghai without dropping a set. Medvedev is on a nine-match winning streak, all of which have come in straight sets, and he has prevailed in 29 of his past 32 matches. The 23-year-old also has more match wins (59) than anyone else on Tour this year. Read More 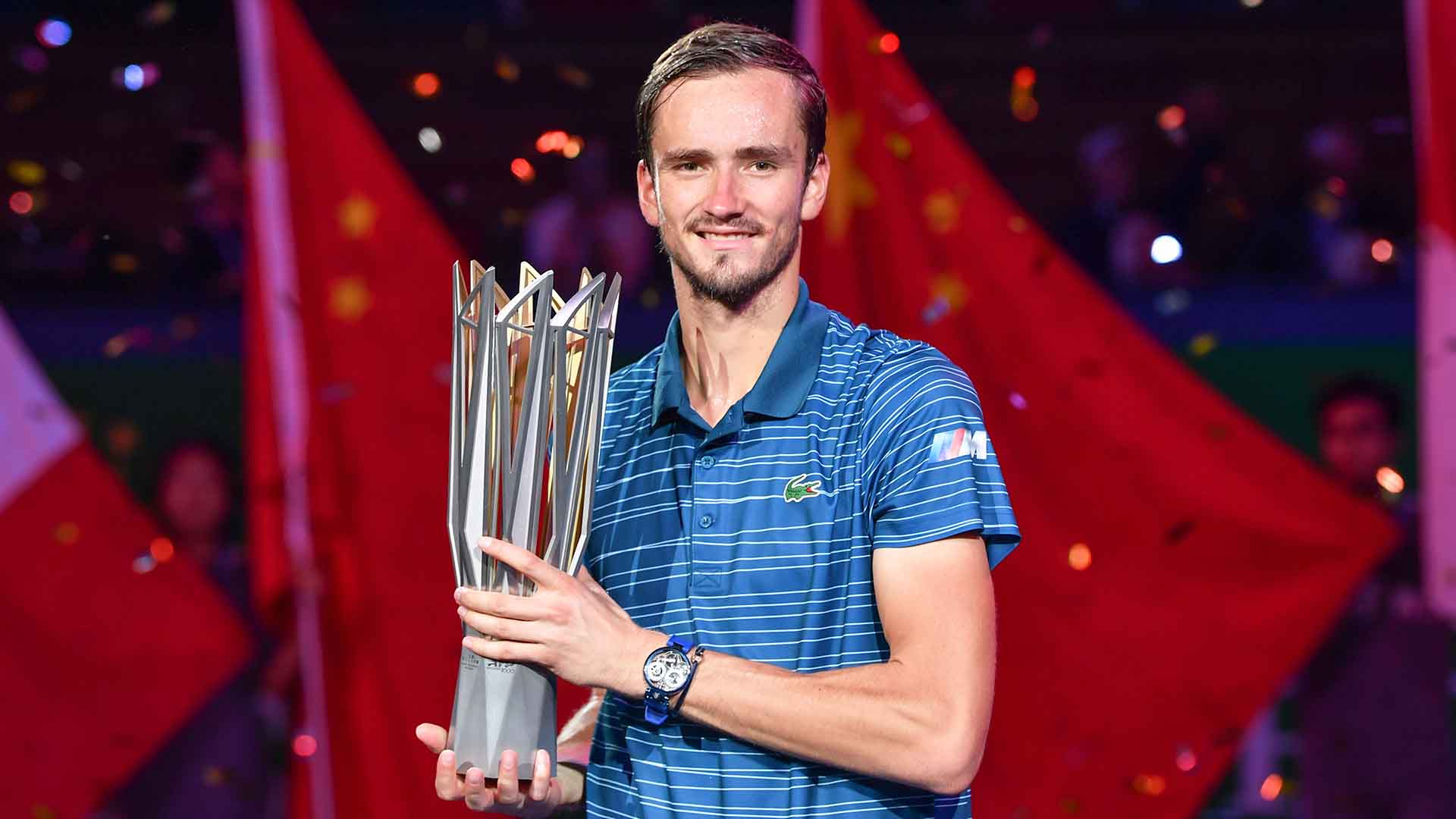 2. Pavic/Soares Come Alive In Shanghai: Mate Pavic and Bruno Soares hadn't reached a final in the first seven tournaments of their new partnership, but they found their footing and defeated Lukasz Kubot/Marcelo Melo to prevail in Shanghai without dropping a set. It's the fourth Masters 1000 title for Soares and the first for Pavic.

A first team title for @BrunoSoares82 and Mate Pavic. 🙌

3. Zverev Turns His Season Around: The German produced his best result of the year in Shanghai, defeating Roger Federer in the quarter-finals for his first Top 10 win of the season and then scoring a dominant semi-final victory over Berrettini. His week puts him in seventh place in the ATP Race to London as he looks to defend his title at the season-ending Nitto ATP Finals, held 10-17 November at The O2 in London. Read More 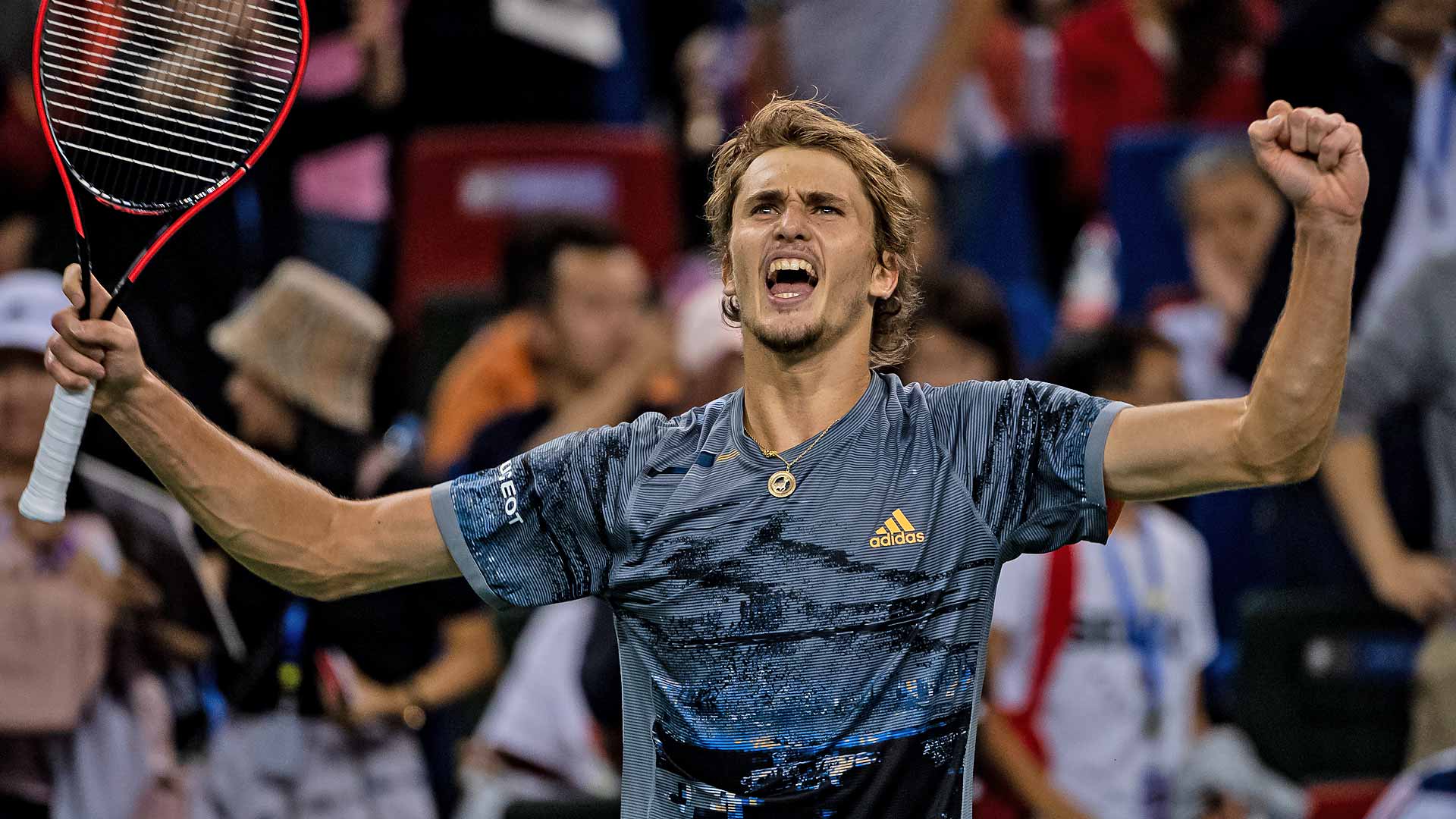 4. Double The Fun: Stefanos Tsitsipas enjoyed one of the best days of his young career on Friday. The reigning Next Gen ATP Finals champion defeated Novak Djokovic in the quarter-finals for his first win over a current World No. 1., then learned he had qualified for his maiden appearance at the Nitto ATP Finals. The sixth seed in Shanghai advanced to the semi-finals before falling to eventual champion Medvedev. Read More 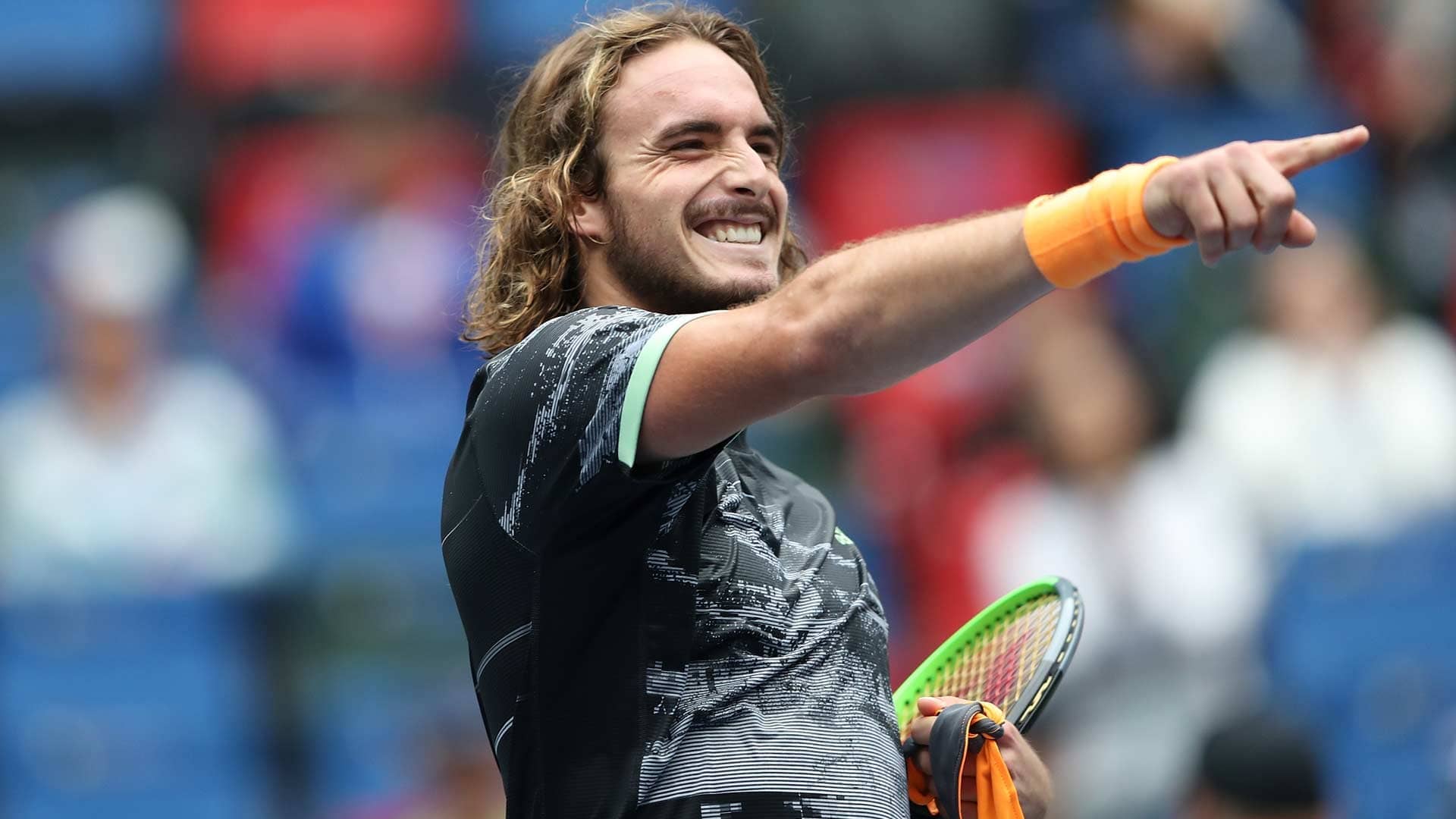 5. Youth Movement: Djokovic and Federer were a combined 13-0 in Rolex Shanghai Masters quarter-finals before Friday, but that was before the ATP Tour's youth movement took over. Tsitsipas (d. Djokovic), Zverev (d. Federer) and Matteo Berrettini (d. Thiem) all scored big upsets, while Medvedev continued his run by defeating Fabio Fognini in the quarter-finals. It marked the first time time in 20 years that all four semi-finalists at a Masters 1000 event were under the age of 24. Read More 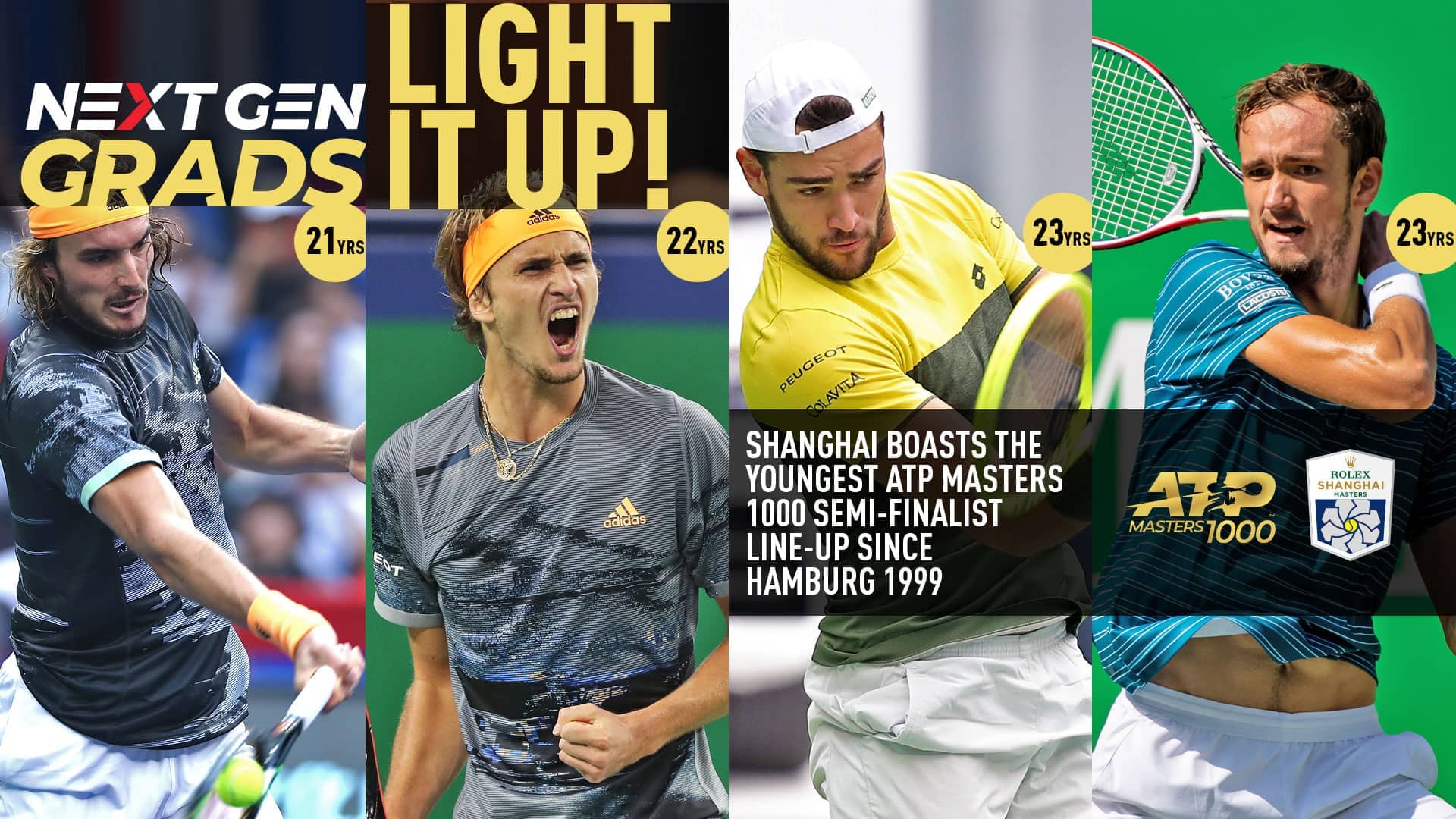 6. London Calling:  Kubot/Melo's quarter-final win in Shanghai over Ivan Dodig/Filip Polasek ensured they will return to the Nitto ATP Finals this year. Their season includes a title in Winston-Salem (d. Monroe/Sandgren) and runner-up showings at four events, including Shanghai (l. to Pavic/Soares) and the BNP Paribas Open (l. to Mektic/Zeballos). Read More 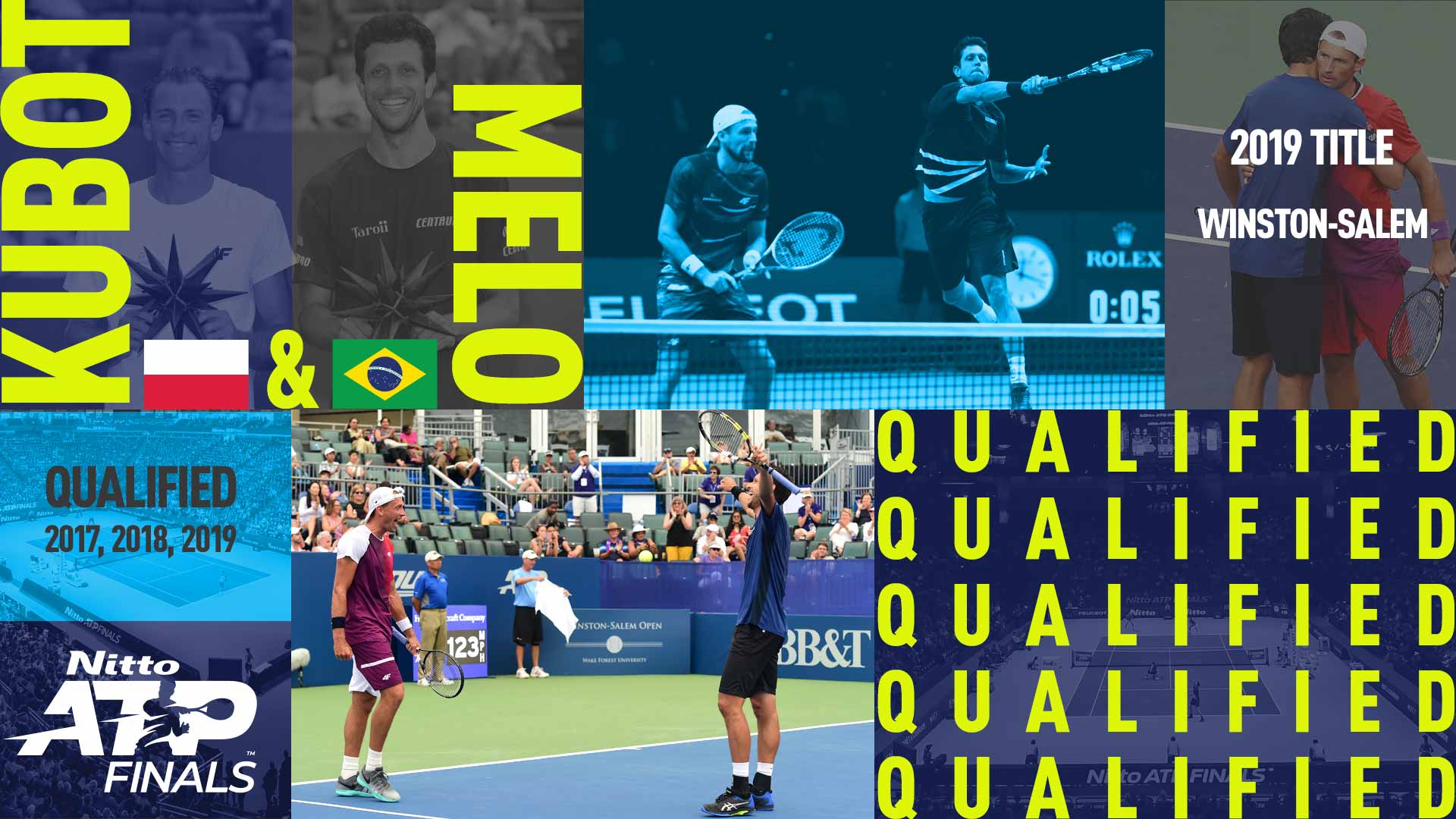 7. Pretty Please, Son: Federer's parents are not a regular fixture at his matches, but Robert and Lynette Federer both accompanied him to Shanghai this year. It was Lynette's third trip to the city, but Robert's first, and he was so enamoured that he already wants his son to put the eighth Masters 1000 event of the year on his schedule for 2020. Read Feature 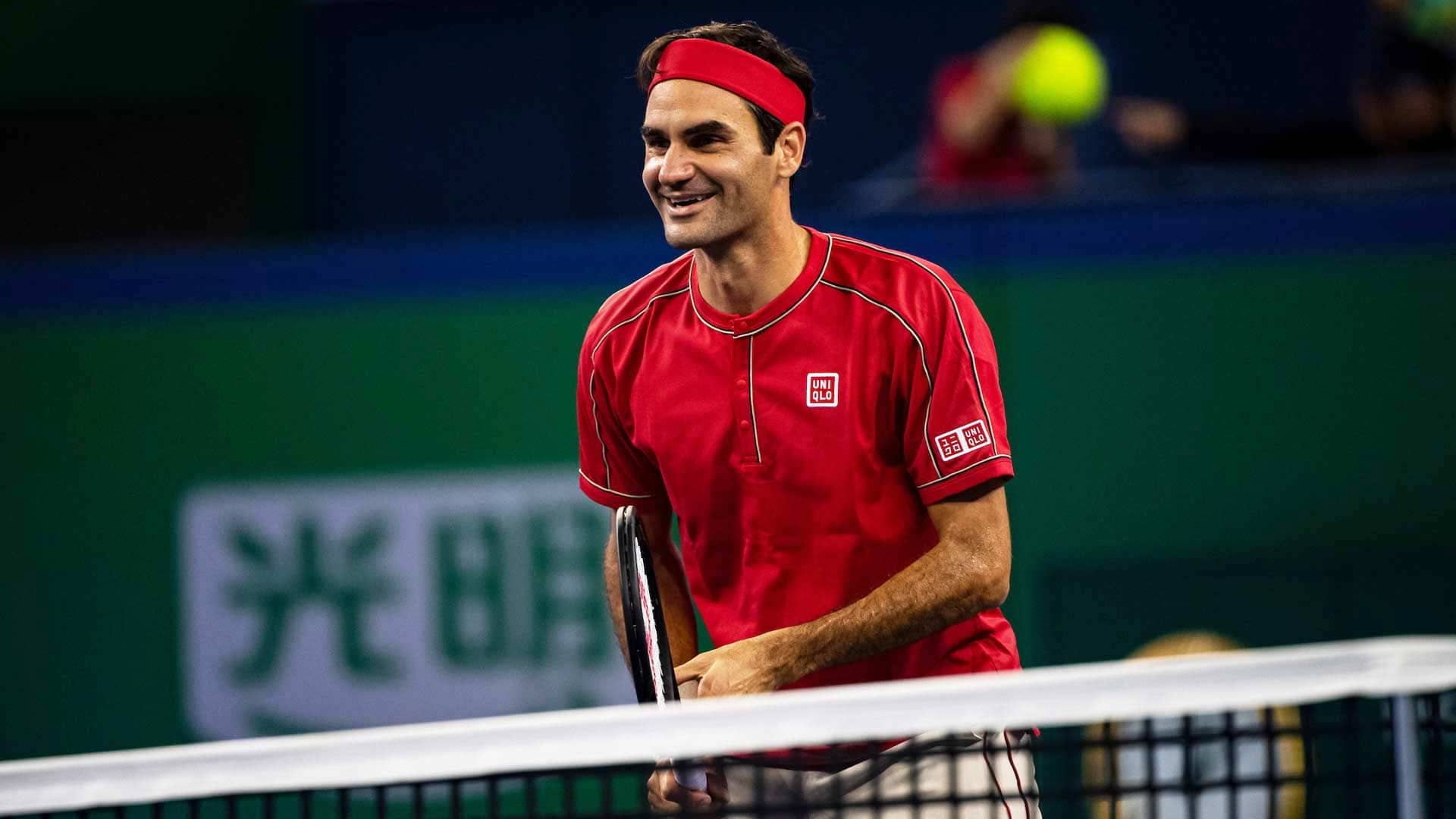 8. Rivalry Bingo: Dominic Thiem and Pablo Carreno Busta squared off for the first time at an ITF Futures event in Morocco in 2012. Their rivalry quickly progressed to the ATP Challenger Tour the following year and reached the ATP Tour in 2015 with a showdown in Gstaad. The Austrian won their latest battle in Shanghai to take a 6-0 lead in their FedEx ATP Head2Head rivalry, but it likely won't be the last time they meet. Read More

Today was a pretty unique match. It doesn’t happen often that two players compete against each other at Future, Challenger, ATP 250, ATP 500, ATP 1000, Grand Slam events and at the ATP Finals. It’s nice to have this rivalry with you @pablocarreno91 🎾💫 pic.twitter.com/JDBtXMIQOH

9. On Top Of The World: Juan Sebastian Cabal and Robert Farah clinched the year-end No. 1 ATP Doubles Team Ranking for the first time as a result of their second-round win over John Isner and Sam Querrey. They became the second all-South American doubles team to accomplish the feat since the ATP Doubles Team Rankings began in 1984. Cabal/Farah have won five-tour level titles this year, including their first two Grand Slam titles Wimbledon (d. Mahut/Roger-Vasselin) and the US Open (d. Mektic/Zeballos). Read More 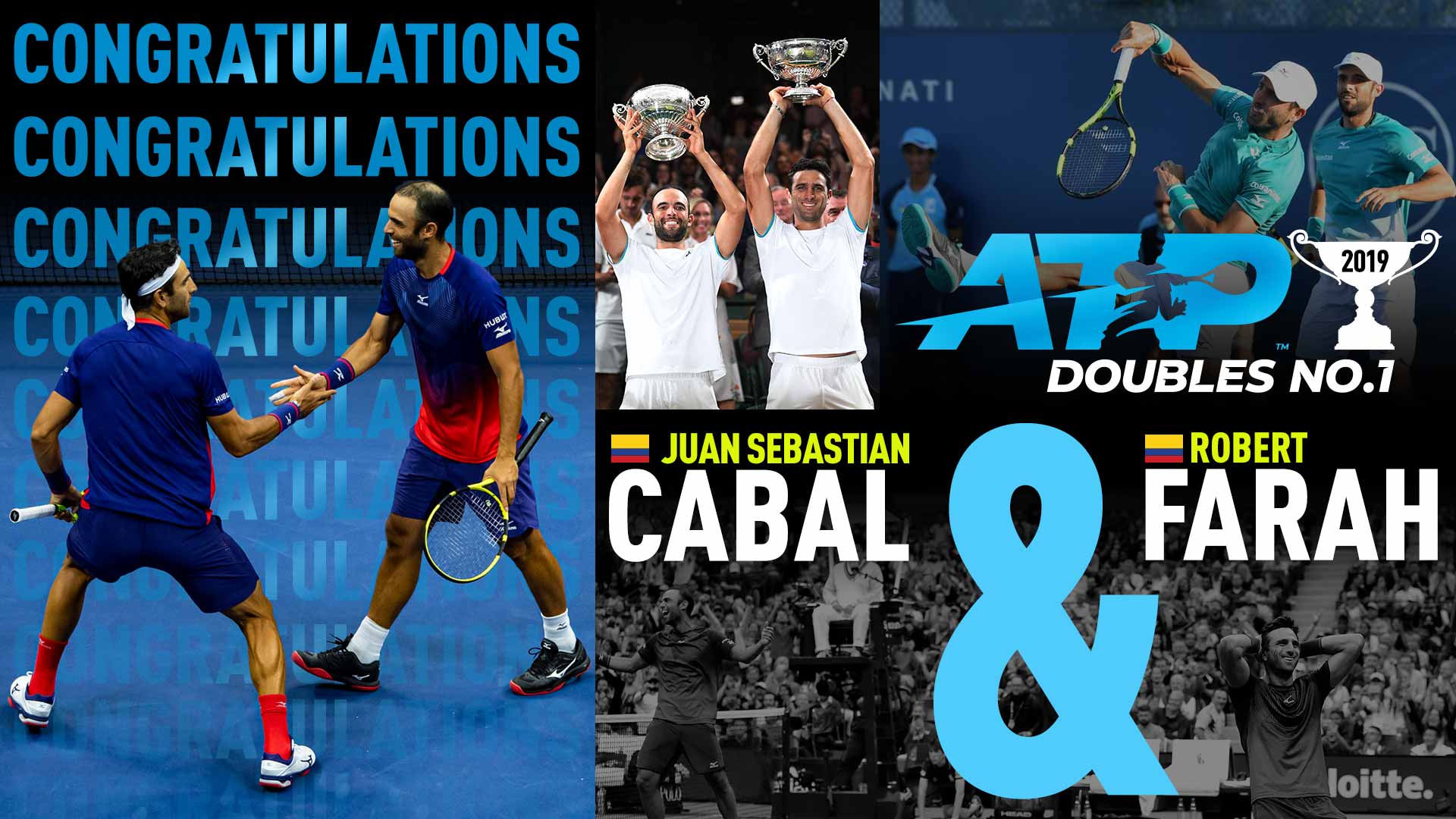 10. Roger Returns, On Twitter: By his own admission, Federer is not the most prolific tweeter and will take breaks from social media for months at a time. But the Swiss brushed off his Twitter account to answer fan questions and even ask for recommendations on what to see in Shanghai. With his next two tournaments coming up this month in Basel and Paris, its shouldn’t be long before we see Federer back on social media again. Read Feature