ATP Staff
This article contains:
Aussie to play Rinderknech for the trophy

Despite letting slip a 6/2 advantage in the final-set tie-break late Friday evening, the Australian saved two match points to defeat former World No. 3 Marin Cilic 6-2, 3-6, 7-6(10) in a two-hour, 39-minute thriller for a place in the Adelaide International 2 final.

"You guys are sick! Honestly it was unbelievable. Unbelievable! From the moment I walked out here, before the match had even started, I felt a buzz," Kokkinakis said. "It was crazy, best atmosphere I've played in in some time, maybe the best ever."

Kokkinakis had only made one ATP Tour semi-final before the start of the season, but he has now made two in as many weeks in Adelaide. The wild card will play Frenchman Arthur Rinderknech for the trophy on Saturday.

The opportunity appeared lost when Kokkinakis got tight and let slip his big advantage in the final-set tie-break. But the Australian crushed a backhand up the line at 6/7 and hit an ace at 7/8 to get out of trouble before eventually converting his seventh match point against the Croatian.

"I played a great breaker up until 6/2 and then I tightened up like nothing else," Kokkinakis said. "He got a match point and I was like, 'I don't know, I can either go into my shell or I can die wondering' and I just tried to tee off on a backhand line, pulled it off, hit some big serves and I don't know, I was just playing on adrenaline. You guys got me through, honestly." 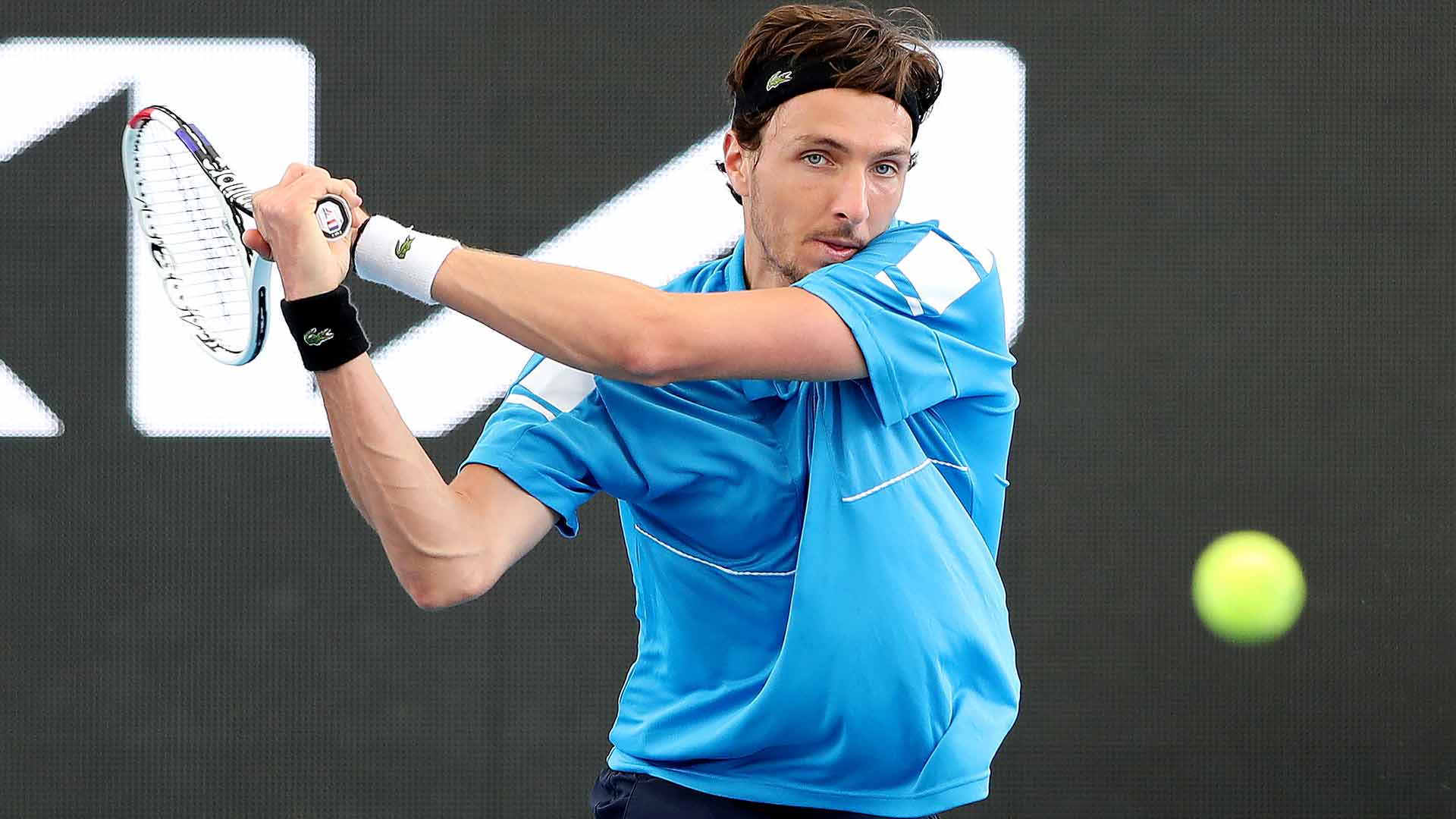 Photo Credit: Getty Images
Frenchman Rinderknech produced a dominant performance on serve and return against countryman Corentin Moutet to power into the final earlier in the day.

The World No. 58 dropped just three points on his first serve and won more than half of his return points to claim a convincing 6-1, 6-3 win in one hour and 16 minutes. Already sitting at a career-high ATP Ranking, the 6' 5" 26-year-old will compete in his first ATP Tour final.

"It was a tough match inside our heads. I'm sure everybody knows what a home-country duel match is about," Rinderknech said. "There was a little bit of tension but happy to get the win with a pretty short time on court.

"It's a great achievement. I'm really happy to be in the final. It's a new step again. I made the semi-finals in Kitzbuehel last summer. Now the final here for my first tournament of the year.”