Radu Albot and his girlfriend, Doina, became parents on 19 April.

Becoming A Father: The New Role In Radu Albot’s Life

Since the suspension of the ATP Tour in March, Radu Albot has experienced a significant change in his life.

Just over a month after flying back to his home country, the Moldovan No. 1 welcomed the birth of his first child on 19 April. Due to tightened COVID-19 security measures, the Chisinau native could not join his girlfriend, Doina, in hospital for the birth of his daughter. Instead, Albot discovered the exciting news during a phone call.

“I was at home. The birth was at 7:03am and Doina was not answering my messages or phone calls, so I didn’t know,” said Albot. “I started calling [from 10pm to 3am] but there was no answer. I went to bed and wrote her a message so, when she could, she could read. I put the phone on full volume next to my bed and she called at 8 or 9am, that was when I learned for the first time that she was born.”

One of the first decisions that faced Albot and his girlfriend was the naming of their daughter. The pair had created a shortlist of options prior to the birth and soon selected the name, Adeline.

“We just liked the name. We didn’t decide before, we gave it after the birth,” said Albot. “We had a list of four or five names and we decided to use this one. I think it is a very beautiful name. It sounds very nice and when I say the name, everybody likes it.” 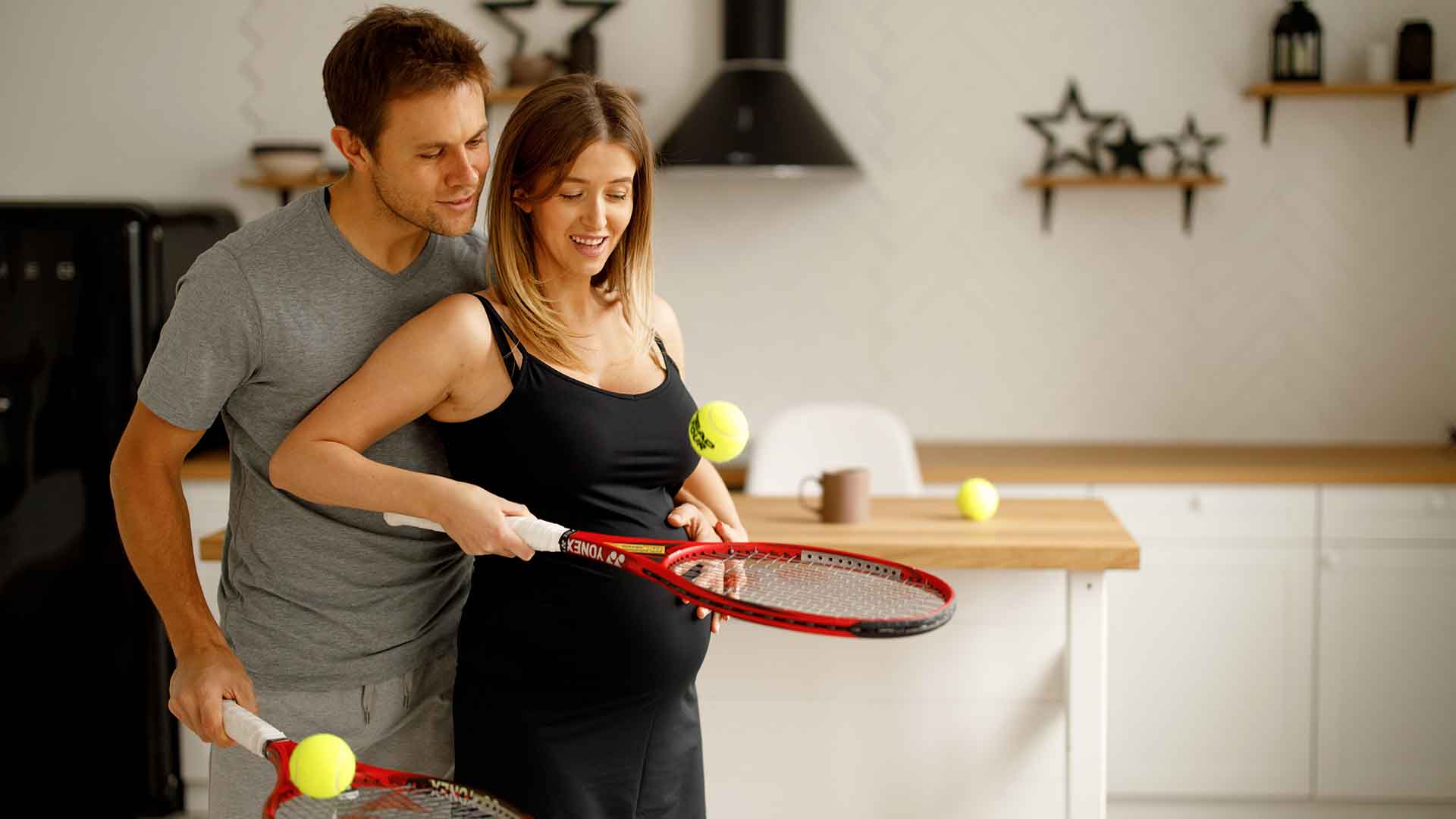 While the pandemic stopped Albot attending Adeline’s birth, it has gifted the 30-year-old extra time to enjoy his new role as a father. During this period of the year, the Moldovan would usually be competing at clay-court events across Europe.

“It is a good time for me [to become a father], because I can be home full-time with the family,” said Albot. “I can help and I can see how the baby is growing. She is doing some new stuff every day.

“She is starting to laugh back and kind of talk to you, so this is an interesting experience. I would not experience this if I were travelling at this moment. This is very good timing, in a way, for me.”

Despite suffering from a lack of sleep, Albot is enjoying the responsibility that comes with his duties as a father. The World No. 67 has learned to take each day in his stride, as he adapts to his new role.

“You have to take care, full-time, of another little person. You want to give the best for that person because they are a part of you. It is your baby,” said Albot. “It is a new life. Every day we are learning something new. We are exploring how it is to be with a baby and we both like it. We are doing a pretty good job.”

Albot may have been ready to compete in Indian Wells in March, but the current ATP Tour suspension has given last year’s Delray Beach champion some added time to fully recover from a pectoral muscle tear he sustained at the start of this year. Now playing pain-free, Albot appears to have already struck a healthy balance between his roles as both an ATP Tour player and a father.

“[Just before the birth], I was doing fitness and tennis. I was practising three or four hours a day,” said Albot. “I didn’t want to break the rhythm of what I was doing before… I still do my routines, my practices and, when I am at home, I can be full-time with the baby.”