A #NextGenATP Mix In Kitzbühel: Rune Rises As Alcaraz Falls

Rune advanced to the second round of an ATP Tour main draw for the third time with a 6-3, 6-4 victory against Italian Stefano Travaglia. The 18-year-old from Denmark won 75 per cent of his second-serve return points to triumph after one hour and 21 minutes.

“It was a great match,” Rune said in his on-court interview. “Coming through the qualifying was great. I played two very solid matches, played a lot of tennis on the centre court, so I’m very happy with the win today.”

The teen has not lost any of his six sets in Austria since beginning his run in qualifying. Rune will try to reach his second tour-level quarter-final when he plays Frenchman Arthur Rinderknech, who eliminated fifth seed Federico Delbonis 6-2, 6-4. 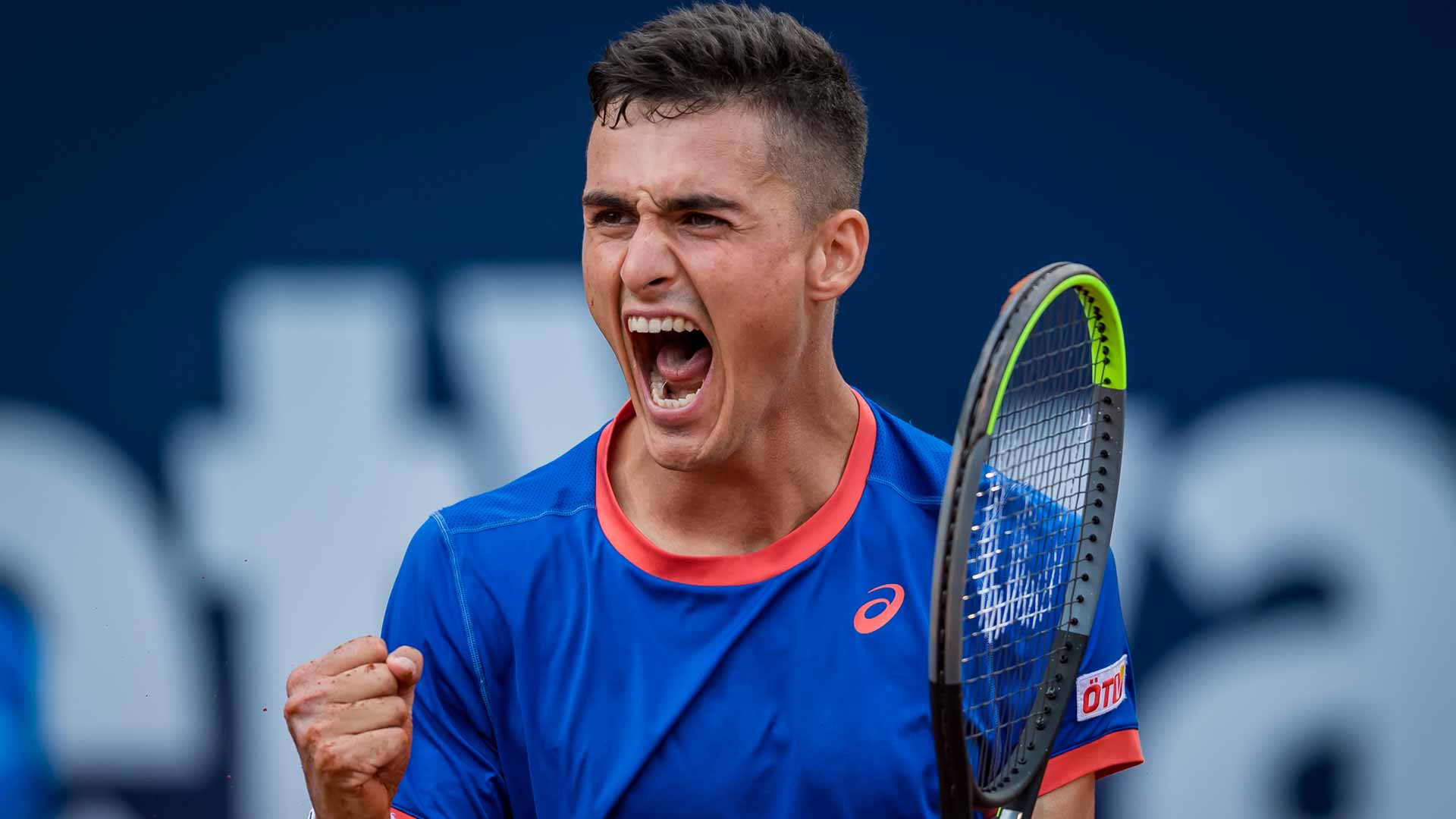 Photo Credit: Generali Open/Alexander Scheuber
“It is definitely [the best day of my career],” Erler said in his on-court interview. “Now at the moment I am a little bit speechless. I am just so happy. Thanks to my team and [I’m] ready for the second round.”

Erler will attempt to carry this momentum into his second-round clash against Sweden’s Mikael Ymer, who advanced on Monday. Two other Austrians, Lukas Neumayer and Dennis Novak, were unable to move on. Spanish lucky loser Mario Vilella Martinez ousted Neumayer 6-7(4), 7-5, 6-4 and Italian Gianluca Mager dismissed Novak 6-4, 6-0.