Ferrero On Alcaraz's Ascent: "I Had A Good Career, But He Can Be Even Better."

The results confirm Juan Carlos Ferrero's intuition. It was just a matter of time.

Two years ago, the former World No. 1 declined the option of coaching an established player on the ATP Tour, in favour of a relatively unknown teenager from his native Spain. Carlos Alcaraz was first plotting his ascent, but it did not take long for Ferrero to recognise his potential.

Now, two years later, the work of legend and prodigy is paying dividends. Last month, the 17-year-old Alcaraz etched his name in the history books with a maiden ATP Challenger Tour title in Trieste, Italy. The Murcia native joined Felix Auger-Aliassime and Alexander Zverev as the youngest winners in the past decade, while also becoming the youngest Spanish champion since Rafael Nadal in 2003.

"I went all in with Carlos because I really like how well he plays," Ferrero told ATPTour.com. "I was motivated by the opportunity to train a young player, that I could work with and mold from an early age and teach him many things."

Alcaraz did not stop there. Last week, he won his 11th match in 16 days to reach the final in nearby Cordenons. He became the second-youngest player in Challenger history to appear in finals in consecutive weeks. As Ferrero says, these achievements are nice, but they are a small part of the larger, long-term vision. Cutting his teeth on the ATP Challenger Tour is a critical first step, as Alcaraz continues to develop his game against strong competition. 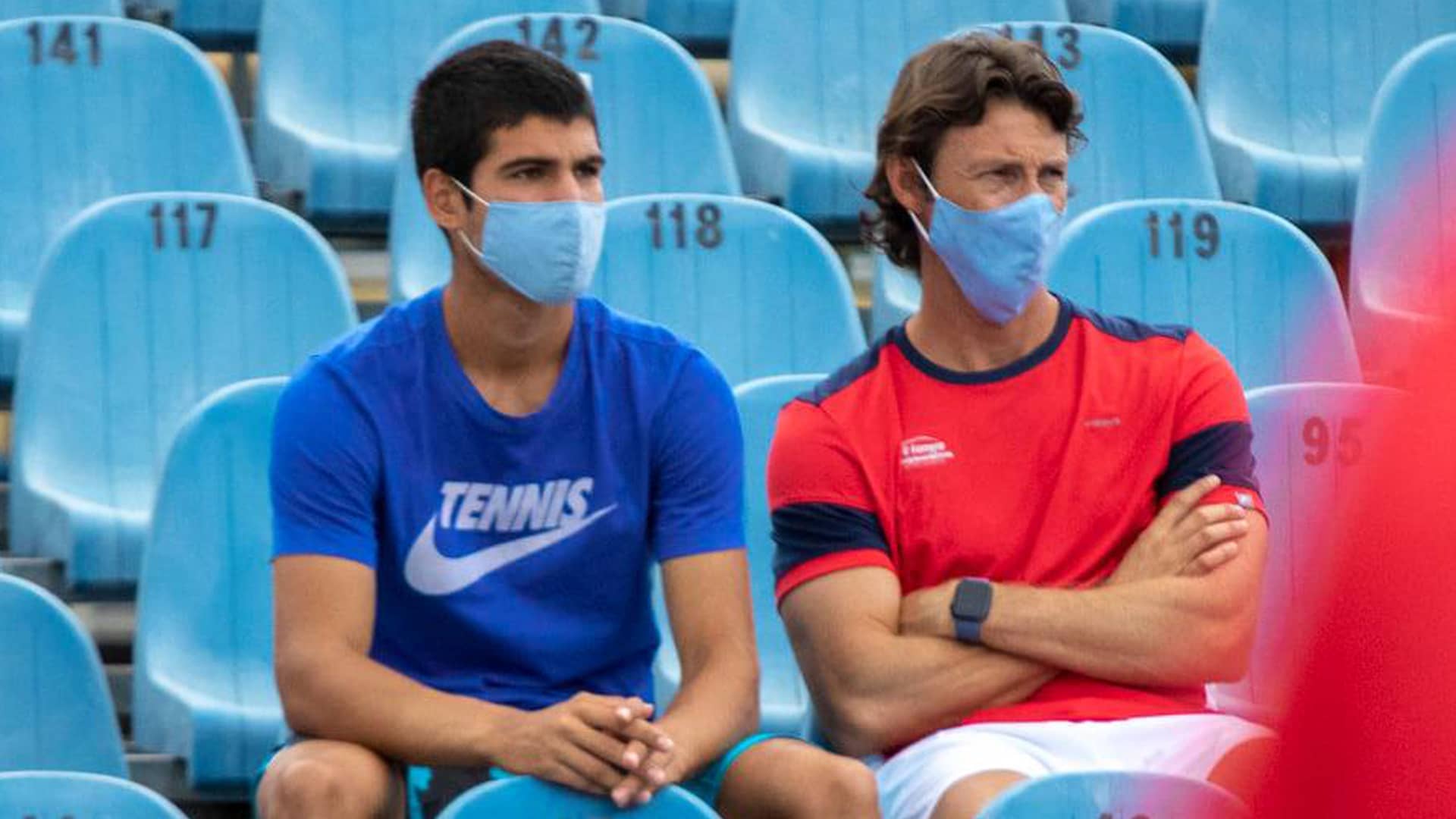 "Carlos is gaining more experience in these types of tournaments," Ferrero added. "He is getting to know these players better and trusts his game more and more at this level. From the beginning of the year, I knew that he had the game to compete at the Challenger level.

"He has felt good against these players and, in the end, when you pass through all these rounds, you become even more motivated. Also, he has felt good physically and mentally. All these circumstances have given him the opportunity to compete at his best."

From just inside the Top 500 of the FedEx ATP Rankings to open the 2020 season, Alcaraz is projected to rise to a career-high No. 185 on Monday. Despite the shortened season, due to the COVID-19 pandemic, it has been a staggering ascent for the Spaniard.

"At 17, you are still very young. Carlos has little experience in these types of tournaments, but is a player who is still building his game and physical level. He deserves a lot of credit that he is playing at such a high level for a 17-year-old."

You May Also Like: Alcaraz, 17, Joins Nadal As Youngest Spanish Challenger Champions

Where Ferrero has provided arguably the greatest value is keeping Alcaraz grounded. With great achievements at such a young age, and seemingly limitless potential, the hype surrounding his pupil can be overwhelming. And while the comparisons to Spanish greats are inevitable, they are detrimental to a player's growth and development. That is where the former World No. 1's experience has been crucial, as he helps the teen navigate through these early stages of his career.

"I think my career was very similar when I was his age," Ferrero reflected. "At 18 or 19 years, in my case, or 17 years in his, we lived at this stage: the Challengers. He has played a few tournaments already and has a title, so in a way we are having similar careers in these early stages. I hope that he can continue on this trajectory. He has to be ambitious and never settle. I had a good career, but he can do even better."

"Carlos knows perfectly that each week can be different and that you have to put in the work every day. He won his first title in Trieste, but that does not mean that the next tournaments will be the same. You have to work for it every day. He knows that the road is long. And in terms of his ranking, he also knows that he still has to climb a long way to get to where he wants to be. Keep growing, working and never be satisfied, because there is still a lot to do."