#NextGenATP Spaniard Carlos Alcaraz will be aiming to lift his fourth tour-level trophy of the season when he competes on home soil at the Mutua Madrid Open this week.

However, before turning his attention to match action at the ATP Masters 1000 event, the World No. 9 joined two-time Madrid titlist Andy Murray and WTA stars Paula Badosa and Simona Halep at the Palacio de Cibeles Friday, where the foursome hit balls and entertained with flashy shotmaking.

“I arrive here with plenty of energy. I broke into the Top 10 by playing at a very high level and I am full of confidence,” Alcaraz said at the presentation. “Coming to Madrid is always special, playing in front of your fans. The Spanish crowd always gives me energy and motivation.

“Madrid was the first tournament I attended as a child. I came here when I was five or six years old, so to be back here playing the tournament is special. I am going to give my best so that the Spanish crowd is proud of me.” 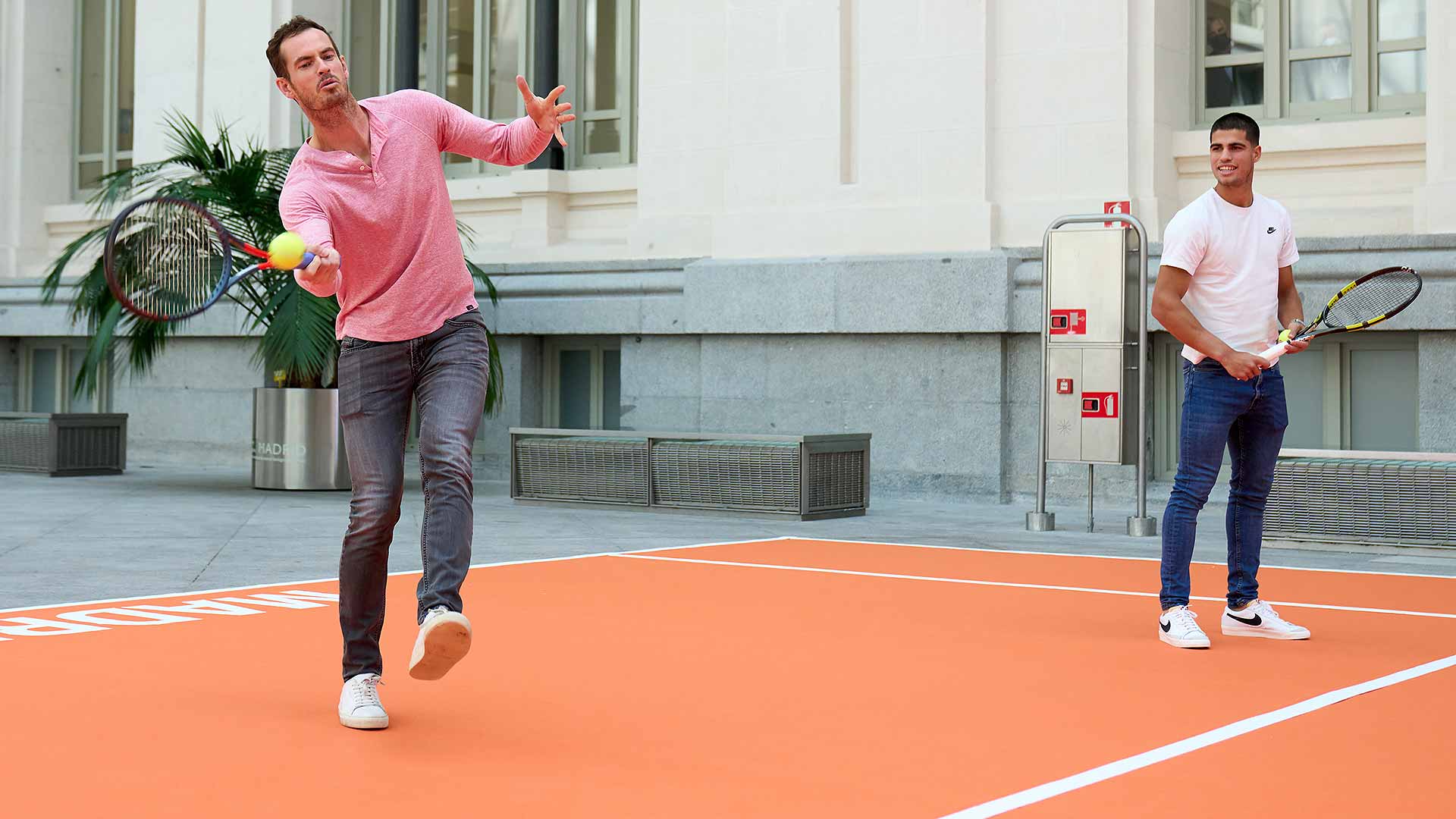 The event was based in the Crystal Gallery of the Palacio de Cibeles and was hosted by tournament director Feliciano Lopez and the Mayor of Madrid Jose Luis Martinez-Almeida.

“The people of the sport always come out and support the tournament really well and they are very knowledgeable about the game. I am thankful for the opportunity Feliciano [Lopez] and his team gave me to come here and compete again," wild card Murray said when looking ahead to the event. "I had a nice crowd for my practice and I love coming back to play in Spain.”

Alcaraz and Murray teamed against Badosa and Halep in an entertaining mini-match to help celebrate the 20th anniversary of the Mutua Madrid Open.

Former WTA Singles World No. 1 Halep, who won the title in Madrid in 2016 and 2017, is preparing to make her 11th appearance at the clay-court tournament this week.

“It is a big tournament and the organisation is always great,” Halep said. “I am really happy that I have been able to lift this trophy twice and compete with top players. It will always be a special place to come.”

Murray will be competing in his first tour-level event since he reached the second round in Miami in March and opens against Dominic Thiem, while Alcaraz arrives off the back of triumphing on the clay in Barcelona earlier in April. The Spaniard could face countryman Rafael Nadal in the quarter-finals.