ATP Staff
This article contains:
Spaniard climbed to World No. 1 on Monday

Carlos Alcaraz made history on Sunday when he won the US Open. On Monday, the Spaniard celebrated in style.

After speaking to the assembled media and doing 14 television interviews on Sunday night, Alcaraz woke up ready for more on Monday. Officially the youngest World No. 1 in Pepperstone ATP Rankings history, the 19-year-old's media circuit began at 11 a.m., when he was picked up at his hotel.

The teen did an interview on his way to Times Square, one of the most iconic locations in New York. With folks walking in the square, where countless celebrities have been before, Alcaraz, lifted his trophy high for some photos. Several stars have done a similar photoshoot in the same location over the years, from Andy Roddick and Kim Clijsters to Roger Federer, Rafael Nadal and Serena Williams. 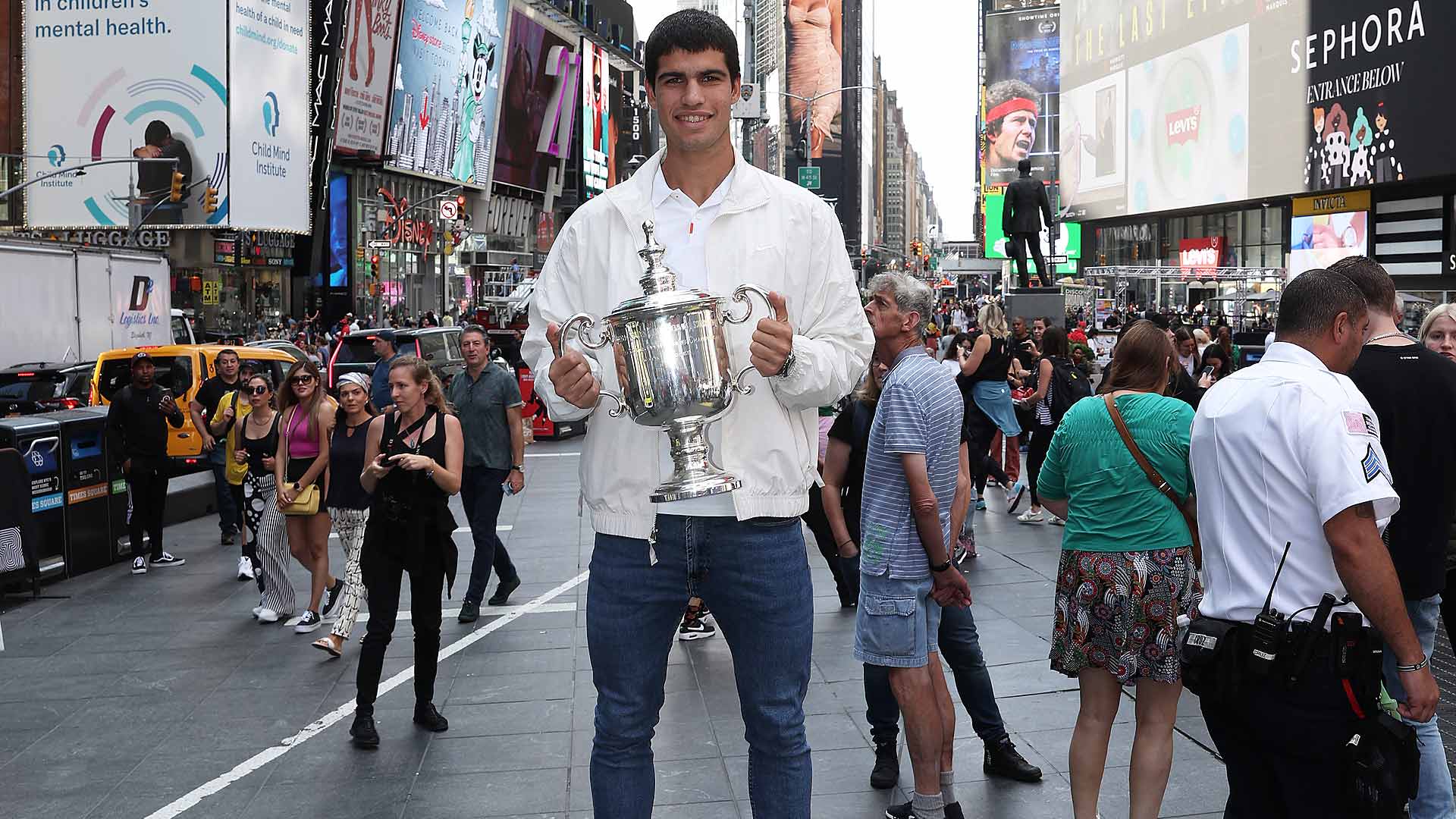 Photo Credit: Julian Finney/Getty Images
After Alcaraz's visit to Times Square, he returned to his hotel for more interviews, bringing his total for the day to more than 10.

For a player who became just the second male teenager in the Open Era to win the US Open, joining Pete Sampras, there was a lot to talk about. He is also first in the Pepperstone ATP Race To Turin, putting him in pole position to finish year-end No. 1.

But at 2 p.m., it was time for Alcaraz to continue his journey and fly to Spain for Davis Cup action.