Steve Johnson wins 85 per cent of his first-serve points en route to a five-set victory against John Isner in the first round.

"You can't get frustrated when John's hitting aces. If that's the case then you're in for a long day. He's got the best serve in the history of tennis. You know he's going to hit a lot of aces," Johnson said. "I guessed right a lot and they still got by me. It's just the way it is. You just have to laugh it off. I've played John enough to know it's just trying to get your racquet on it, any return you make is a good one and you move on."

The World No. 64 was the only player to break serve in the match and he moved on after three hours and 50 minutes inside Louis Armstrong Stadium. In 10 ATP Head2Head meetings (Johnson leads 6-4), five of them have gone to a final-set tie-break. Johnson has won four of those five matches.

The American had a strong service evening of his own, striking 22 aces and winning 85 per cent of his first-serve points. Johnson will next play Lithuania's Ricardas Berankis, who beat Italian Federico Gaio 7-6(3), 4-6, 6-4, 6-4. Johnson will try to reach the third round at Flushing Meadows for the first time since 2012. 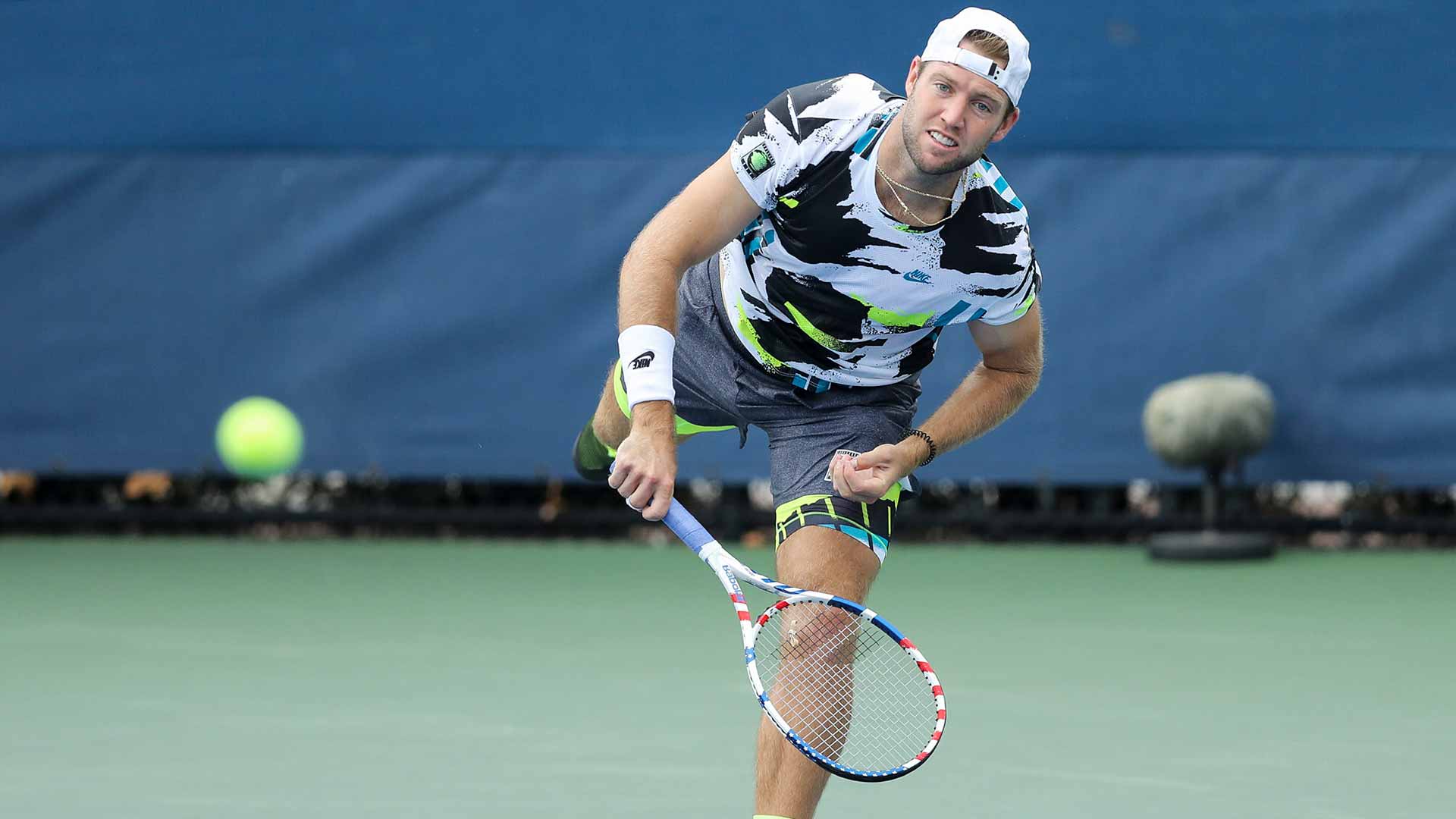 Former World No. 8 Jack Sock battled hard to win his first Grand Slam singles match since the 2018 US Open on Monday, defeating Uruguayan shotmaker Pablo Cuevas 3-6, 6-4, 6-2, 4-6, 7-6(2) to reach the second round at the USTA Billie Jean King National Tennis Center.

Entering this year’s Delray Beach Open by VITACOST.com, Sock had lost 10 of 11 matches at all levels and he did not own a FedEx ATP Ranking. But in Florida he ousted defending champion Radu Albot in a final-set tie-break. Just weeks later he reached the final of the ATP Challenger Tour event held at Indian Wells.

The COVID-19 pandemic stopped the 27-year-old’s momentum as play was suspended for more than five months. But World No. 389 Sock hit 51 winners in his three-hour, 15-minute victory against the Uruguayan.

Cuevas had won the pair’s two previous ATP Head2Head meetings, including a straight-sets win at last year’s US Open. But Sock capitalised on four of his six break points to advance. He will next play 32nd seed Adrian Mannarino, against whom he has won four of five matches. 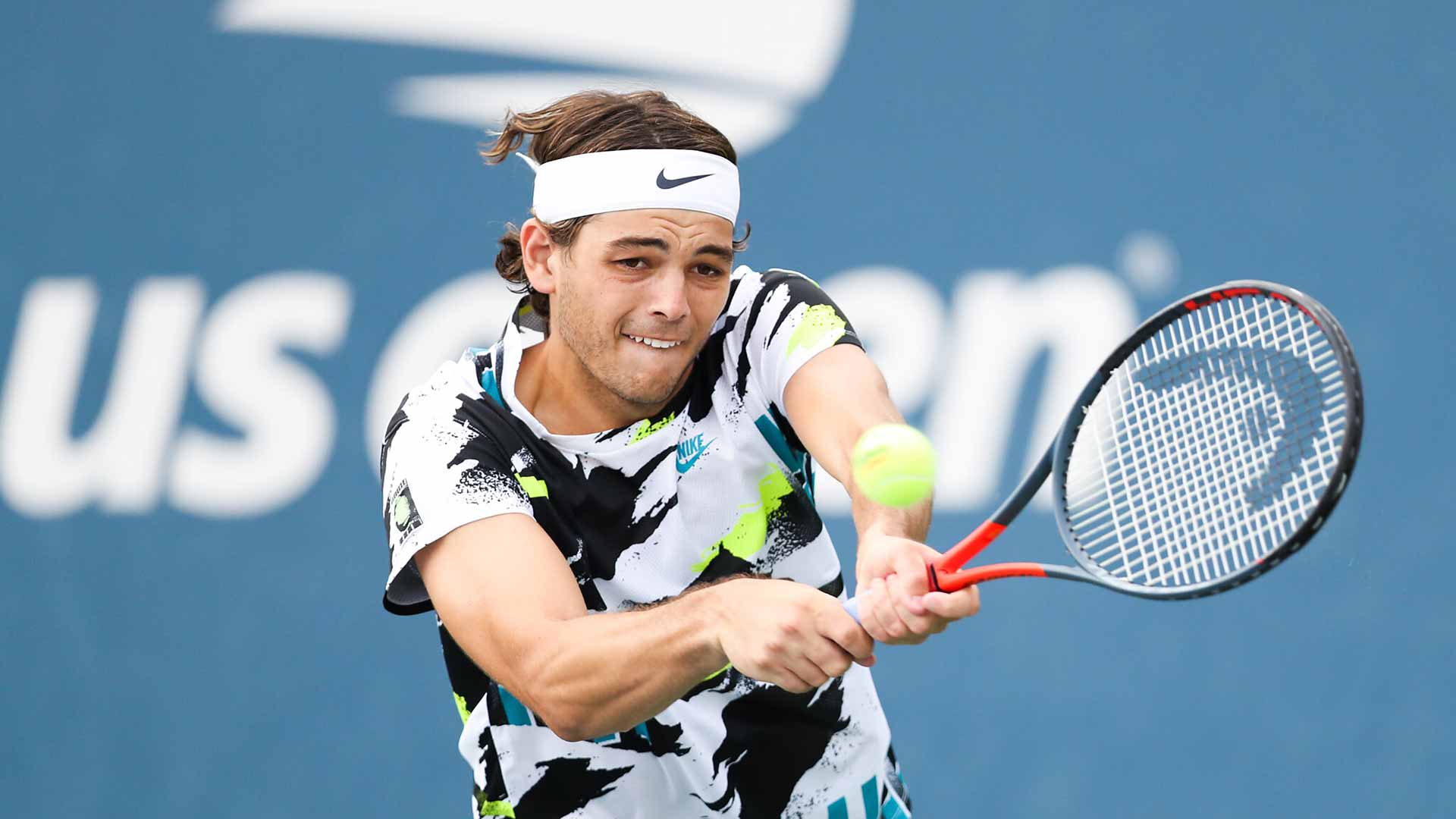 Another American who advanced on the first day of the year’s second Grand Slam was Taylor Fritz. The 19th seed rallied past German Dominik Koepfer, who made the fourth round at Flushing Meadows last year, 6-7(7), 6-3, 6-2, 6-4.

Fritz has now won his opening match at seven of the past eight majors. He will try to reach the third round in New York for the second time when he faces former World No. 6 Gilles Simon. The Frenchman eased past Egyptian Mohamed Safwat 6-1, 6-4, 6-4.

“It feels great. Definitely been waiting for this to happen,” Nakashima said. “I think I played a really good match today and it was great to get my first Grand Slam win.”