Go behind the scenes at Kevin Anderson's Grand Slam Cause for the Paws, which raised more than $100,000 for charity. Photo Credit: Ben Blankenburg.

ATP Staff
This article contains:
Bryan brothers, Sandgren and Grosjean among ATP players who pitched in

The idea came about in January 2017, when Anderson had to miss the Australian swing due to injury. The South African and wife, Kelsey Anderson, were eating lunch one day in Florida just after practice when Kelsey saw a dog that caught her attention.

“A few weeks later, we adopted her, and since then we’ve really gotten close with the rescue,” said Anderson of ‘Lady Kady’, the dog the Andersons adopted from Dezzy’s Second Chance. “That’s why a weekend like this so exciting for us.”

On Saturday, former player and comedian Michael Kosta hosted a question-and-answer session, and there was also a live auction. Former ATP star Sebastien Grosjean and WTA players Eugenie Bouchard and Shelby Rogers also attended. Rain delayed the tennis portion of the event, but there was plenty of action on Sunday at the Boca Grove Plantation Tennis Center, as Anderson and American Tennys Sandgren faced Bob Bryan and Mike Bryan. 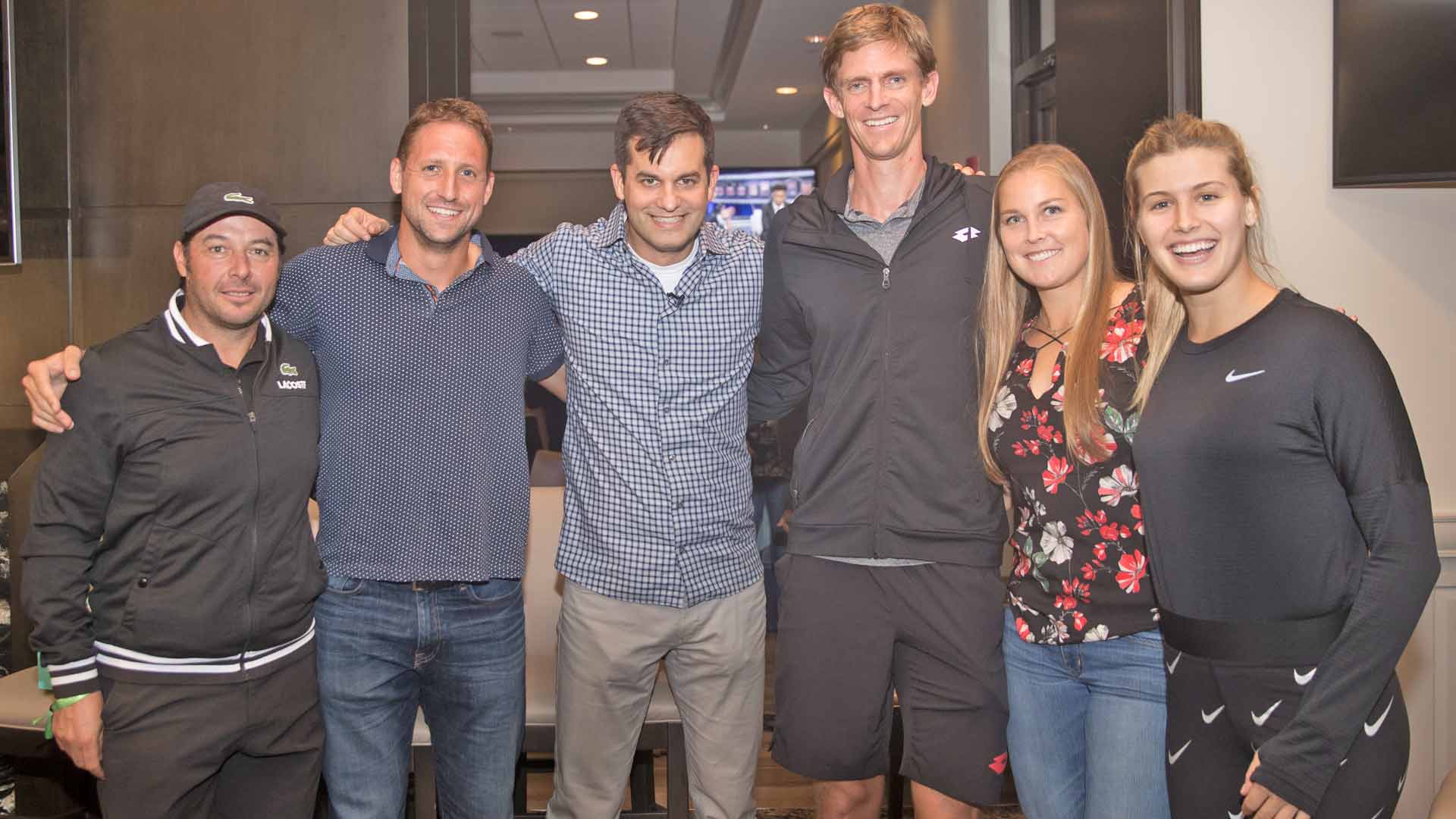 Sebastien Grosjean, Tennys Sandgren, Michael Kosta, Kevin Anderson, Shelby Rogers and Eugenie Bouchard.
“This was a great event,” Mike Bryan said. “It had a great turnout, raising a lot of money for some unbelievable causes. He helped us out with our event a few days ago and we’re happy to help him. He’s one of the nicest guys on Tour, does a lot for charity, so it was a pleasure playing him in the exhibition.”

Everyone involved backed the special causes. Anderson has posted on social media about the importance of reducing single-use plastics, reusing safe plastics and recycling.

You May Also Like: ATP Unveils New Sustainability Efforts At Nitto ATP Finals

“Hats off for what they’re doing,” Bob Bryan said. “We’re happy to support whenever we can. He’s done so much for us, he’s a great friend of ours and we’ll be doing this event for a lot of years.”

Sandgren gave credit to the effort the Andersons put into the event, and was happy to do whatever he could to offer his support.

“Kevin and Kelsey are awesome people and they do a lot of great work, and they’ve worked so hard to get this charity event running. So when he asked me to participate, I didn’t even think twice about it,” Sandgren said. “The fact that there are two great causes that we’re fighting for here — for dogs getting a second chance and for the ocean’s health and renewable plastics — I think it’s fantastic. I think both of these causes are great and I’m excited to be helping out.”

While the event is over, there are still time left in and online auction in which fans can bid on items signed by the likes of Roger Federer, Rafael Nadal and Novak Djokovic, and more, with all proceeds going to charity.