Raonic runs through Opelka in third round

Guido Pella is making a habit of big-name upsets at The Championships, beating 2018 runner-up Kevin Anderson 6-4, 6-3, 7-6(4) on Centre Court on Friday afternoon. Twelve months ago, the Argentine had never won a grass-court match in his career, but edged past 2017 finalist Marin Cilic on No. 1 Court en route to the third round.

Pella, whose fastest serve clocked 124 miles per hour in comparison to 136 from Anderson, played with great variety and kept his fourth-seeded South African opponent on the move for victory in two hours and 34 minutes. Through to the fourth round of a Grand Slam championship for the first time, Pella will play 2016 finalist Milos Raonic, the No. 15 seed from Canada, on Monday.

"I haven't played him," said Raonic. "It's going to be tough. He played well here last year, beating Marin, obviously getting a good win today, and even in his last match over [Andreas] Seppi, who has always played well on grass.... He's been on tour for a long time, and I don't know if he's been to this stage of a Grand Slam. But to beat Kevin here, that's a job very well done."

You May Also Like: Pella's Biweekly Sessions Open Up ATP Success

The 29-year-old Pella twice came within one point of a set and 4-1 lead, before Anderson worked his way back to 3-3 in the second set. But Anderson, contesting just his fourth tournament of 2019 as a result of a right elbow injury, struggled on second serve and in controlling his backhand.

Pella clinched the first set with a break when Anderson hit a forehand into the net; the second set turned once more in his favour when Anderson failed to cleanly run down and strike back a well placed lob, while clinical play in the third set tie-break sent Pella on his way to a 26th match win this season.

Anderson: 'I Don't Feel My Best Form Is Very Far Away'

In the penultimate point of the pair’s first FedEx ATP Head2Head meeting, No. 26 seed Pella dropped to the floor fist-pumping after winning a 17-stroke rally at close quarters with a forehand volley. The same shot, coupled with good anticipation, helped him seconds later to a memorable victory.

Both players have won ATP Tour titles this year: Anderson at the Tata Open Maharashtra in Pune (d. Karlovic) and Pella at the Brasil Open in Sao Paulo (d. Garin). Anderson returned from his injury at the Fever-Tree Championships last month for the first time since Miami. Pella is tied with Rafael Nadal for most clay-court match wins this year (21). 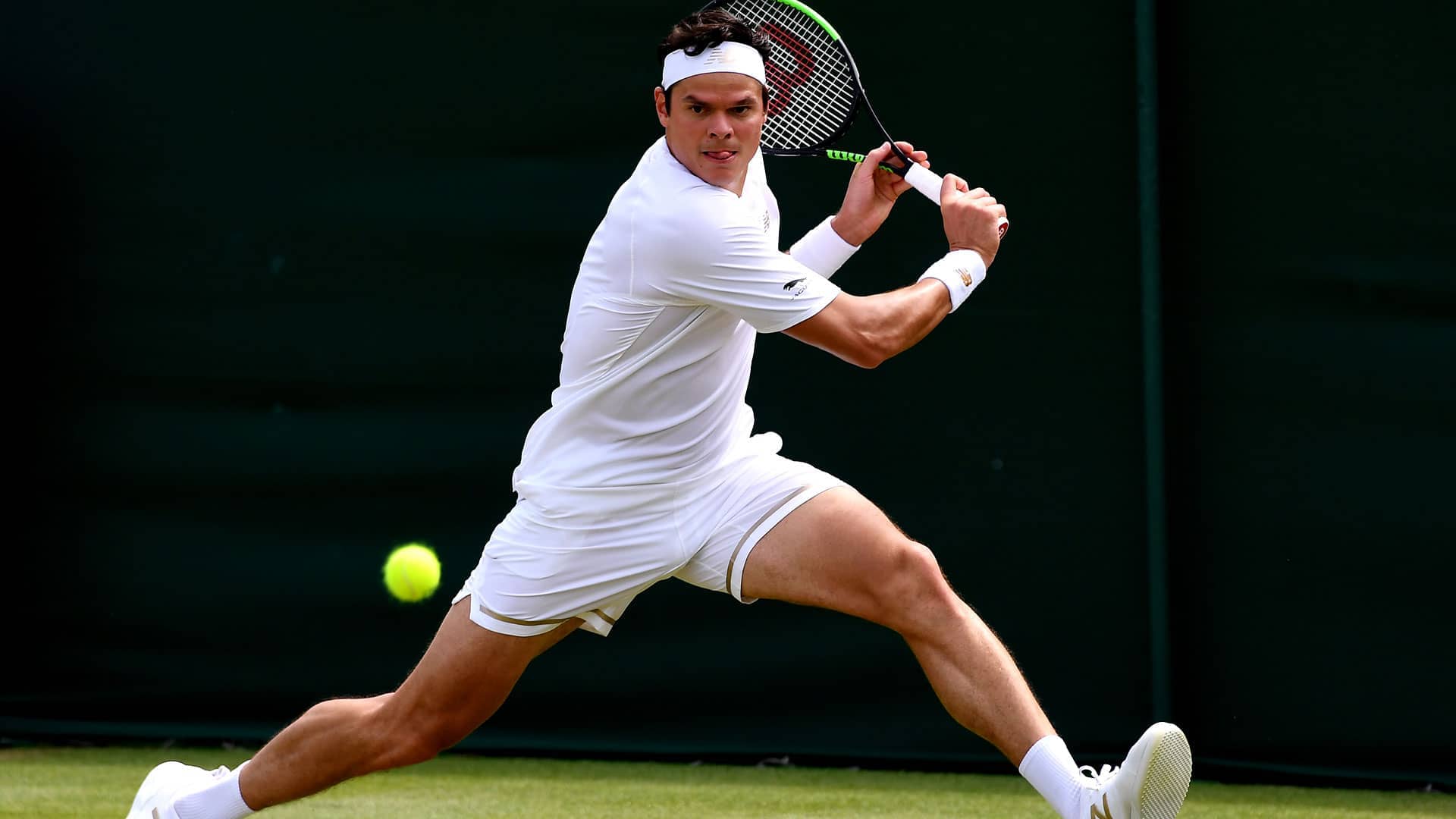 Earlier in the day, Raonic experienced few problems as he booked his place in the fourth round with a 7-6(1), 6-2, 6-1 victory over American Reilly Opelka in one hour and 42 minutes.

The Canadian, who missed the spring clay-court swing due to a right knee injury, won 51 of 55 first-service points and hit 13 aces. World No. 63 Opelka, who had beaten No. 22 seed and two-time former quarter-finalist Stan Wawrinka in the second round, struck his 13 aces in the first set.

Opelka saved eight break points to Raonic’s three prior to the first set tie-break, which the Canadian wrapped up when Opelka made a forehand error. Opelka’s challenge quickly faltered. He hit three double faults at 2-3 in the second set, then committed three groundstroke errors at 2-5 to hand Raonic a commanding lead. Opelka won just six points in the third set.

"I thought it was good. I did the things I wanted to do. When it was important, I played as well as I could have," said Raonic. "All the break points I had in the first set, he did his part in making sure I had really no chance other than one. Maybe I would have taken back that attempt of a lob and tried to go through him, but other than that I don't think I hesitated much or made many poor decisions out there."