Kevin Anderson defeats #NextGenATP Canadian Denis Shapovalov to reach the US Open Round of 16 on Friday.

The South African, who reached his maiden Grand Slam final last year in Flushing Meadows, extended his winning streak in New York to seven matches after three hours and 42 minutes. In February, Anderson won four consecutive three-set matches to lift his fourth tour-level crown at the inaugural New York Open on Long Island. Anderson has won 13 of his past 14 matches in the New York.

"Definitely tricky playing somebody who you haven't played before," said Anderson. "Obviously I watched him playing a lot. Actually practised with him a few weeks ago in Toronto. The match is always different, but you have a sense of what's going on.

"It was really important for me to obviously get that break in the second and turn things around a little bit. I think that sort of put the match with me in control. But, of course, it ended up being really close at the end with him coming back in the fourth. I thought it was great tennis throughout. It was an incredible atmosphere. Really had to dig deep to get through that one."

You May Also Like: Nadal Survives Khachanov Onslaught In 3R Epic

Despite requiring attention to his upper right leg at the conclusion of the first set, Anderson recovered well to book his place in the last 16 for the third time in four years. The two-time Grand Slam finalist saved seven of nine break points to overcome the #NextGenATP Canadian in the first match played under the roof of the newly-built Louis Armstrong Stadium.

"It was unbelievable to play there, on Louis Armstrong. It was great," said Shapovalov. "By the fifth set, the stands got packed. The fans were so with me. Obviously I love the fans here in New York. They seem to always be on my side. They've been supporting me through juniors. It was a great feeling being out there, playing that match."

Shapovalov was bidding to return to the fourth round in Flushing Meadows after reaching the same stage on his debut last year. The 21-year-old, who defeated Andreas Seppi in five sets on Wednesday, is currently third in the ATP Race to Milan.

"I think so far my season has been better than I expected," added Shapovalov. "I've been playing unbelievably well throughout the season... To be honest, my main goal this season was to improve my game, and I feel like I've come back here [one year later] and I feel like such a different player.

"I feel like I've improved so much in my game, mentally. I just feel like I belong out there this year. I'm able to compete with anyone out there, as I showed today. I feel like my game is at a different level." 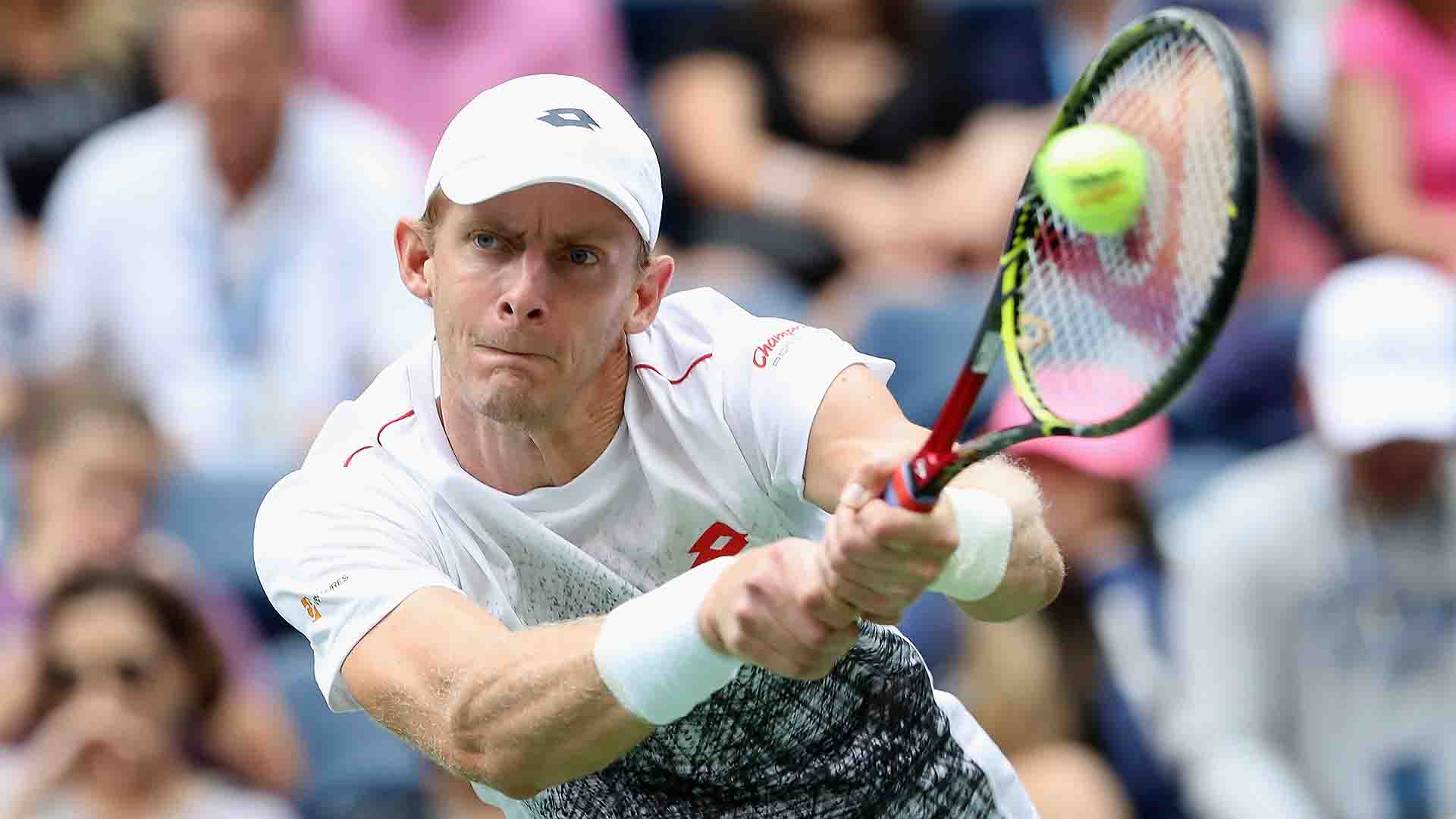 After trading the opening two sets, Anderson made the decisive move in the third set at 3-3 as Shapovalov misfired on multiple forehands. As was the case in the first two sets, that point proved to be the only break opportunity as the World No. 5 moved one set from victory by converting his first set point three games later.

The fourth set appeared to be heading towards a tie-break, with neither man able to make inroads in their return games. But Shapovalov struck late in the 10th game, with aggressive returning and court coverage, to force the match to a deciding set.

Anderson struck early in the fifth set, extracting a crucial error from his opponent after firing a deep backhand return within inches of the baseline. After saving five break points throughout the set, Anderson earned four match points on his opponent's serve in the ninth game.

But Shapovalov held firm, producing his best level under pressure, much to the delight of the crowd, to force his 6'8" opponent to serve out the match. Anderson accepted the challenge, closing the match out to love to end an instant classic.

"Another crazy match for me," said Shapovalov. "It's great being on the court there against Kevin. He's proven that he's a Top 10, Top 5 player. He's been playing unbelievable this year. Last year as well. He's defending a lot of points here. But he's shown that he's capable of playing really good tennis. Today was another day.

"I'm really happy I was able to compete out there with him. It was a really fun match to be a part of. Obviously a lot of ups and downs. It was a battle out there. I gave it all I had. Nothing to regret from it."

Anderson will face ninth seed Dominic Thiem for a place in the quarter-finals. Anderson leads Thiem 6-1 in their FedEx ATP Head2Head series, but it was Thiem who emerged victorious in their most recent meeting in Madrid three months ago. 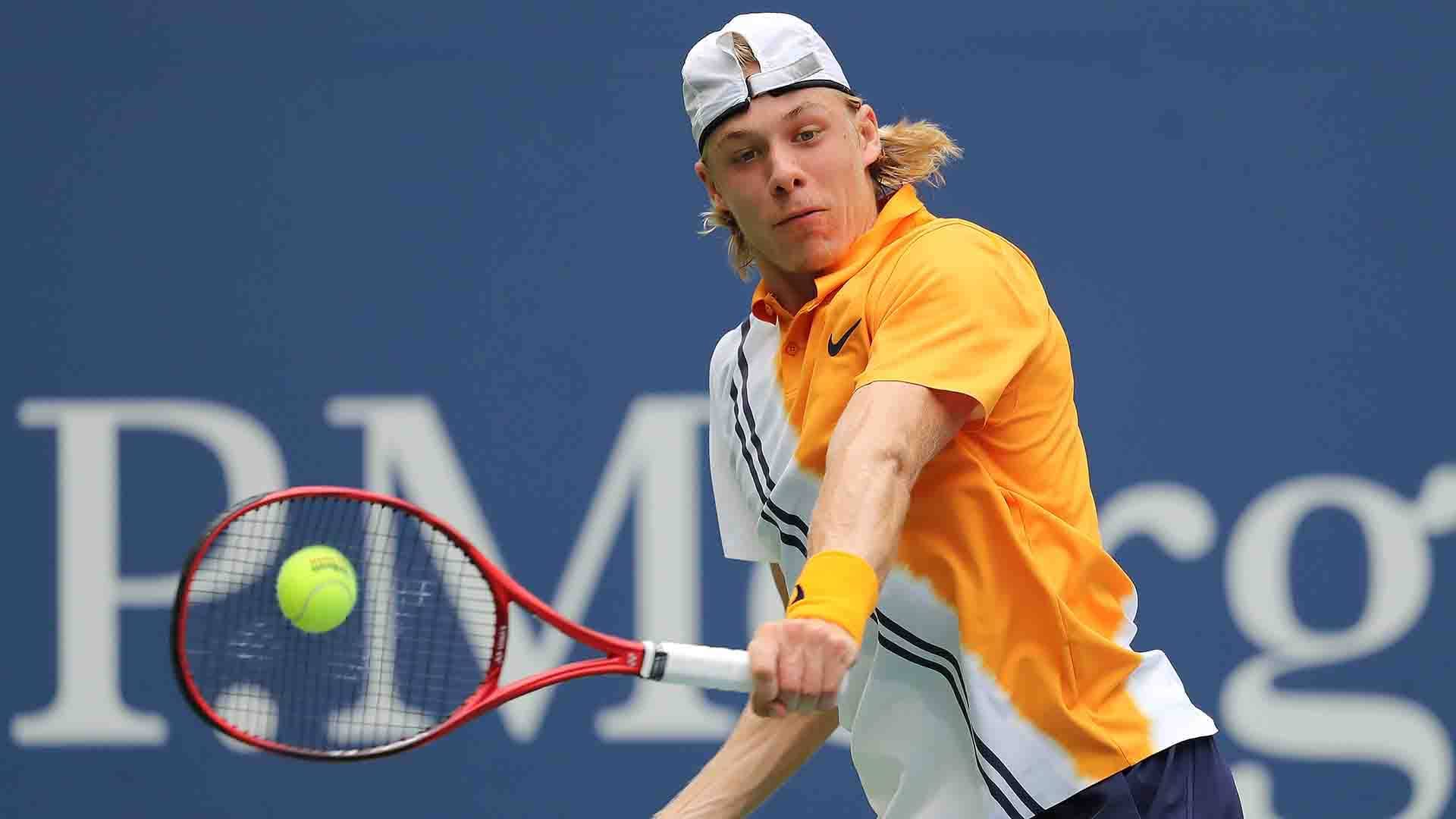 "It was a really tough match. He played very well," said Thiem. "I mean, already last year was a close match against him in the second round. Obviously we hopefully improved in this one year. I expected a tough and close one again, which it was at the end."

Thiem, who has now reached the Round of 16 on four occasions at the USTA Billie Jean King National Tennis Center, will bid to progress to the quarter-finals for the first time in New York. The Austrian led Juan Martin del Potro 6-1, 6-2 in the fourth round last year and held two match points, before falling in a five-set classic.

"I didn't have any good experiences yet in the fourth round, so I don't rely on them," joked Thiem. "It's always something special for me to reach the second round of a Slam... I will give everything to maybe make the first quarter-final here."

After splitting the opening two sets, Fritz charged into a 4-2 lead in the third set. But Thiem responded in emphatic fashion, winning five of the next seven games to move ahead in a tight third-set tie-break.

With a break in the sixth game, Thiem appeared to be closing in on victory before rain began to fall at 5-3. After a brief interruption, the 24-year-old failed to serve out the match, but broke in the very next game to confirm the win as Fritz misfired on his forehand side.

"[Kevin] is one of the hottest players on Tour right now," said Thiem. "Last four Slams, he made two finals. Out of the big servers, he's the one with the best baseline game and with the best return. You are under pressure basically the whole match. There's a reason why he's No. 5 now. Why he has so much success, because he's just playing amazing."

Fritz was bidding to reach the Round of 16 at a Grand Slam for the first time in his third-round debut. The American currently occupies the seventh and final automatic qualification spot in the ATP Race to Milan.

Did You Know?
Kevin Anderson defeated Dominic Thiem in three sets at the 2015 US Open. The South African navigated two tie-break sets to overcome the Austrian 6-3, 7-6(3), 7-6(3) en route to the quarter-finals.