Pablo Andujar is the champion in Marbella, claiming his fifth title since returning from elbow surgery.

A LOOK BACK
Casino Admiral Trophy (Marbella, Spain): In 2018, the comeback quest of Pablo Andujar was well-documented. It was one of the most captivating storylines of the year, as the former World No. 32 battled back from three elbow surgeries to compete at the highest level once again. The Spaniard capped a resurgent campaign in extraordinary fashion, rising a total of 1,619 spots to No. 82 in the year-end ATP Rankings. It was the biggest jump among players to finish in the Top 100 since 2004, as Andujar reaped the rewards of three ATP Challenger Tour titles and an ATP Tour crown in Marrakesh.

He wasn't done there. The 33-year-old continues to make great strides in 2019, and on Sunday he notched yet another title with his victory on home soil in Marbella. Andujar produced one of the greatest comebacks of the year in the final, rallying from a set and a break down to defeat World No. 67 Benoit Paire 4-6, 7-6(6), 6-4 in two hours and 25 minutes.

Not only did Andujar find his back against the wall at 4-6, 2-5, but the home favourite was forced to save a match point while serving to stay in the championship. The match was a microcosm of the guile, grit and determination that Andujar has displayed throughout his year-long comeback. Now 5-0 in finals upon returning to the tour, he adds to Challenger victories in Alicante, Florence and Buenos Aires and an ATP Tour crown at the Grand Prix Hassan II.

Having sat outside the Top 1,700 less than 14 months ago, Andujar has risen to No. 70 in the ATP Rankings with his triumph in Marbella.

"This victory is very important for me given that I barely competed in February due to my son's birth," said Andujar. "Also, during the Australian swing I didn't win a match and I needed that to get my confidence back and find my game. It is very special to do it at home and this will help me for the upcoming tournaments. Now I have to try and defend a lot of points.

"This part of my career is an extra. A moment that wasn't in my mind after being sidelined for so long because of my elbow and I'm trying to enjoy every minute to the limit. Having my family by my side makes me very, very happy. If I'm able to enjoy tennis as well, what else can I ask for?"

Meanwhile, on the doubles court, New York Open champions Kevin Krawietz and Andreas Mies added yet another crown as a team. In fact, Krawietz has been a force in the past year, claiming a total of 10 titles with three different partners. Seven of those victories have come with Mies.

Open Harmonie Mutuelle (Saint-Brieuc, France): Kamil Majchrzak became the 12th first-time winner of the 2019 season, streaking to the title in Saint-Brieuc. The 23-year-old Pole found his game on the indoor hard courts of the Tennis Club Saint Brieuc, ousting a red-hot Gregoire Barrere in the quarter-finals, defending champion Ricardas Berankis in the semis and home hope Maxime Janvier for the title. He down the Frenchman 6-3, 7-6(1) on Sunday afternoon.

Majchrzak, who rises 24 spots to a career-high No. 130, was competing in his fourth Challenger final. He previously fell in Mohammedia, Morocco in 2015, and twice in Tashkent, Uzbekistan, finishing runner-up in 2017 and 2018.

Poland is on the rise in 2019, with Majchrzak and Hubert Hurkacz the only players from the European nation in the Top 500 of the ATP Rankings. Hurkacz is coming off a quarter-final result at the ATP Masters 1000 event in Indian Wells and signature win over Dominic Thiem in Miami. 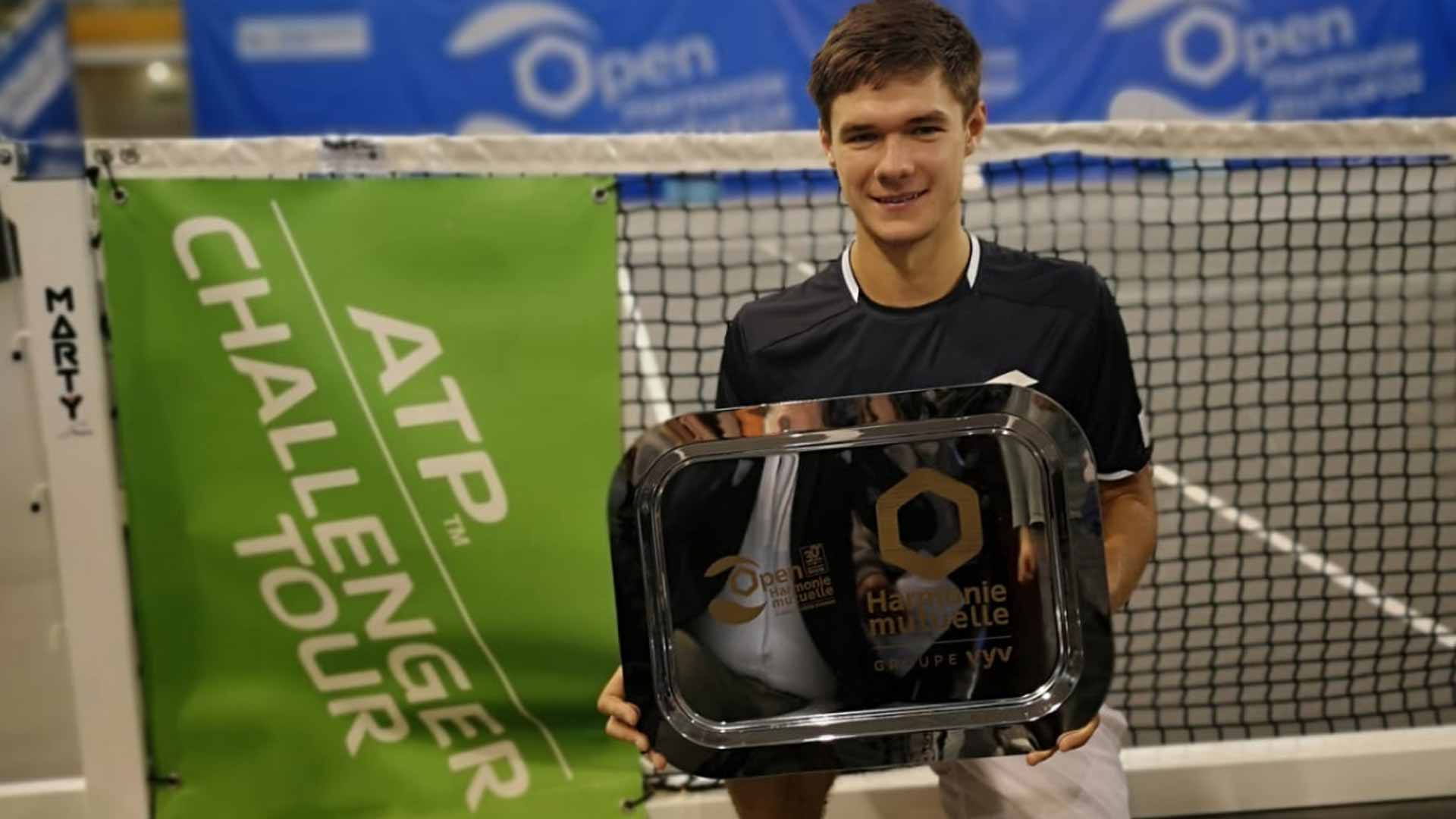 A LOOK AHEAD
The Mexican swing kicks off with the Abierto GNP Seguros, which took home Tournament of the Year honours in 2015. It is one of two combined ATP Challenger and WTA events on the calendar, along with the grass-court stop in Nottingham. Tennys Sandgren and Bradley Klahn lead the pack, with Feliciano Lopez and Casper Ruud seeded third and fourth. Ernesto Escobedo, champion in 2015, is an unseeded threat.

After a one-year hiatus, the circuit returns to the Mouratoglou Tennis Academy in Sophia Antipolis, France. Home hope Pierre-Hugues Herbert is the top seed and is accompanied by fellow Top 100 players Robin Haase, Benoit Paire and Albert Ramos-Vinolas.

And at the second edition of Juan Carlos Ferrero's tournament in Alicante, Spain, it will be Andujar looking to retain his title. The top seed took the first step in his comeback here last year, lifting the trophy as an unseeded wild card.