Pablo Andujar claims his first victory over a Top 5 player in the FedEx ATP Rankings against Dominic Thiem at Roland Garros.

Christmas Came Early For Andujar In Paris: ‘These Victories Are A Gift’

Down two sets to love against a player that he has never even taken a set from on three previous occasions, Pablo Andujar took some racquets out of his bag and sent them off to the stringers. He was in for the long haul.

“These are gifts that tennis brings you,” said 35-year-old Andujar, grinning in his post-match press conference. “I’m a guy who has never really been on the front covers or in the spotlight, and for me, these two victories are like Father Christmas came early.

“For me, this is like Father Christmas came and gave me two victories that I could never have dreamed that I could achieve in my career.”

You May Also Like: Andujar Upsets Thiem In Five Sets At Roland Garros

It’s the second time in the past month that Andujar has gone the distance against one of the game’s best, after facing Roger Federer at his home event in Geneva. Both times, Andujar refused to yield. In Geneva, he claimed a ‘dream’ victory over Federer, and on Sunday at Roland Garros, he took down Thiem for his first Top 5 victory.

Andujar, a four-time ATP Tour titlist, said he had the win over Federer in mind throughout his four-hour and 28-minute first-round battle on Court Philippe Chatrier. Even as Thiem broke serve and seemed set for a comeback in the fifth set, the Spaniard stayed calm to edge back in front and close out the win.

“I think it’s true that the victory over Roger has made me believe today,” Andujar said. “Maybe in another moment, I wouldn’t have kept fighting in that third set or believing that I could turn it around.” 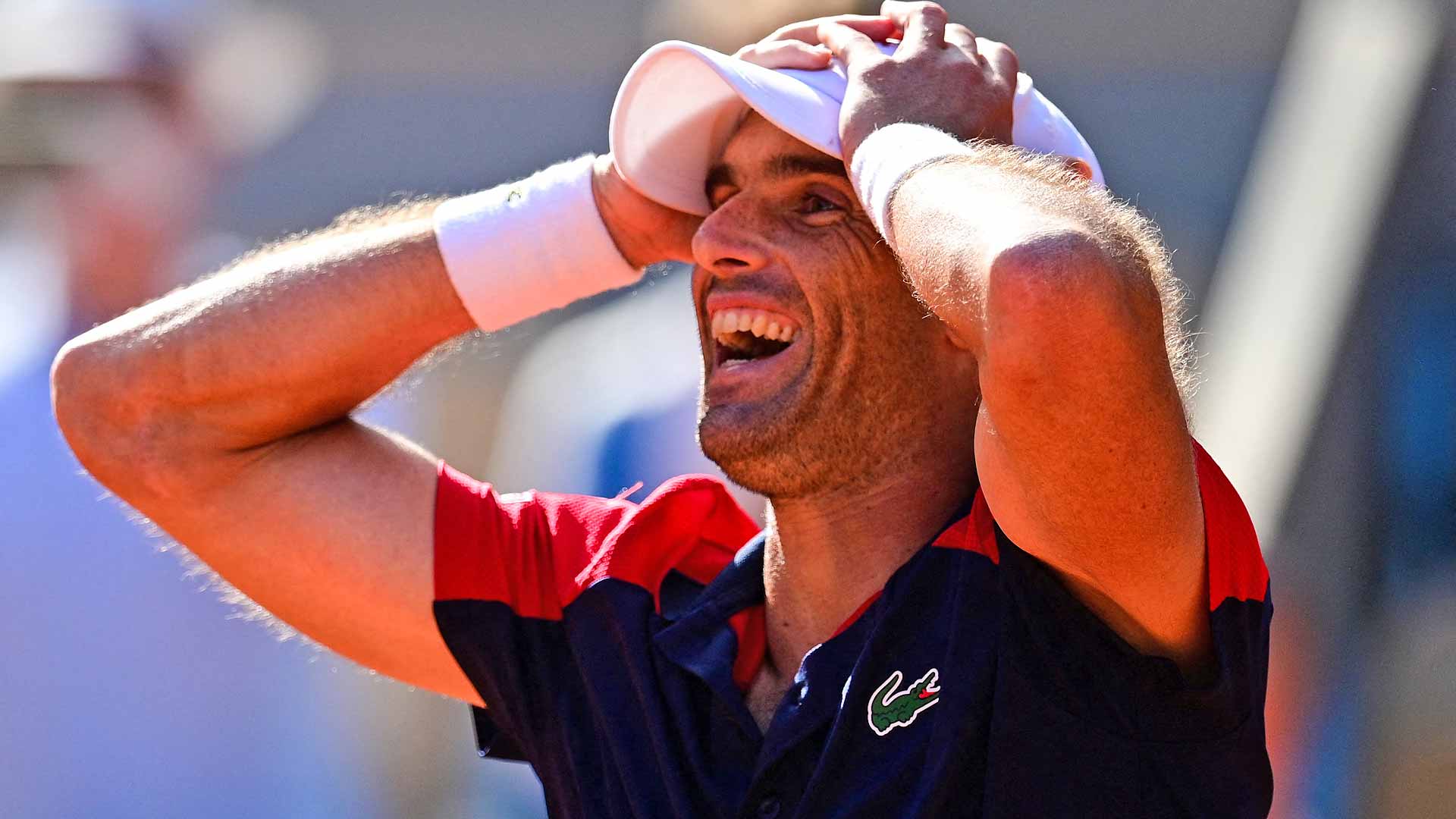 After the match, Andujar took a moment at the net to commiserate with Thiem. The fourth-seeded Austrian arrived in Paris struggling to find his best tennis, after taking almost two months away from the sport following last year’s US Open victory.

It’s a feeling that Andujar knows all too well. The Spaniard underwent right elbow surgeries in March 2016, November 2016 and April 2017 – all with different doctors – after achieving his career-high World No. 32 ranking in July 2015.

“I told him, ‘tough luck’. It’s what I always tell my opponents when I win, and he told me ‘great match and best of luck,’” Andujar revealed. “In the end, it’s not that it felt bittersweet, but it kind of did. Because unfortunately, I know what it feels like. I know that feeling more than winning.

“So always, making sure your rival is okay – because at the end of the day, we’re all peers here – is important and that’s what I was trying to do with Dominic. And besides, he’s a great guy.”

Into the second round in Paris for the seventh time, Andujar will try to reset and find a way to come back down to earth as he awaits the winner of Radu Albot and Federico Delbonis. He won’t aim to do anything out of the ordinary – instead, he’ll approach his next match the same way he does every match, whether it’s an ATP 250 like Geneva or a Grand Slam clash in Paris.

“I’ve always said that the bad part of my injury was that I had to stop for such a long time, but the good side is that I’ve learned to enjoy all of the tournaments that I play,” Andujar said. “I enjoy every match now.

“Of course, it’s easier to say this after a win, but it has been a great moment, playing against Dominic Thiem on Philippe Chatrier. This, to me, is a gift and this always helps keep me calm.”