Andrew Eichenholz
This article contains:
Annacone has coached Federer, Sampras, Henman and Fritz among others

Paul Annacone has coached the two men who have won more Wimbledon titles than anyone else: Roger Federer (8) and Pete Sampras (7). According to the former World No. 12, there are differences between what makes them great on grass.

“Pete’s is obviously his serve. To me, he’s probably the best clutch server or serve-game holder that I’ve ever seen,” Annacone told ATPTour.com. “I think that Roger is a little bit different because his serve is unbelievable, but the rest of his grass-court game in terms of his ability to take the ball early and just rush you so well, that is very different from most people. I think that’s probably the difference. Roger rushes you from the back of the court by good court position and first-strike tennis. Pete overwhelms you with his serve.”

“They were the two best grass-court players of their own eras and the grass courts played very differently in those times,” Annacone said. “Ultimately, they were incredibly confident and clear in big moments under pressure. In grass-court tennis, when you have such little time to adjust, both players were really good at thinking on their feet, and they ultimately trusted their games in the big moments.” 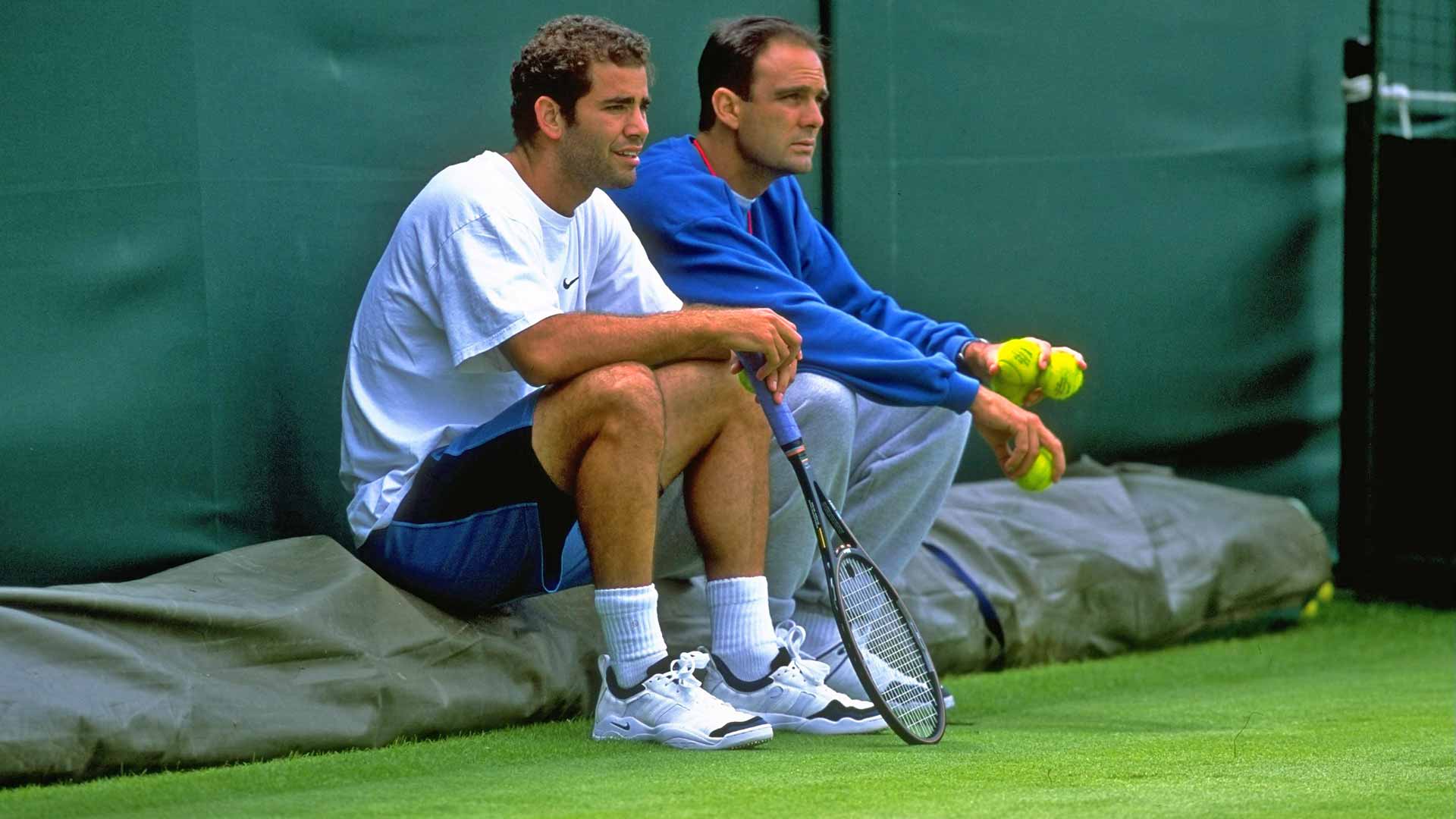 “You better be good from the get-go and be able to really set your tone about what your game plan and style is very early,” Annacone said. “Both of those guys were amazing at that.”

In recent years, players have been able to successfully adapt their games to grass. World No. 1 Novak Djokovic, who is not best known for his serve or first-strike tennis, has won five of the past 10 Wimbledon titles.

You May Also Like: Bid On VIP Annacone Lesson To Support Coaches In Need

“You can play your own style on all the different surfaces and you couldn’t do that years ago with the same kind of success,” Annacone said. “Back in the day when Pete was doing it, it was more bang-bang tennis, and so I think things change and the evolution happens, but the best players learn to adapt.”

Would Federer dominate on grass during Sampras’ era and vice versa? According to Annacone, it's not so much about the era, but the player.