Diego Schwartzman secured a second-place Group D finish for Argentina on Saturday with a 6-1, 6-7(4), 6-0 win against Kei Nishikori at the ATP Cup.

The World No. 9 won 64 per cent of second-serve return points (18/28) to break serve on seven occasions. Schwartzman entered the No. 1 singles match with a 1-3 ATP Head2Head record against Nishikori, but he raced to victory in the decider to improve his nation’s record at this year’s tournament to 1-1.

Russia had already clinched top spot in Group D with a 2-0 record, but that did not stop Schwartzman and his Argentina teammates from showing their fighting spirit. After the match, Schwartzman thanked Argentina fans in the crowd and discussed the importance of battling for national pride on Rod Laver Arena. 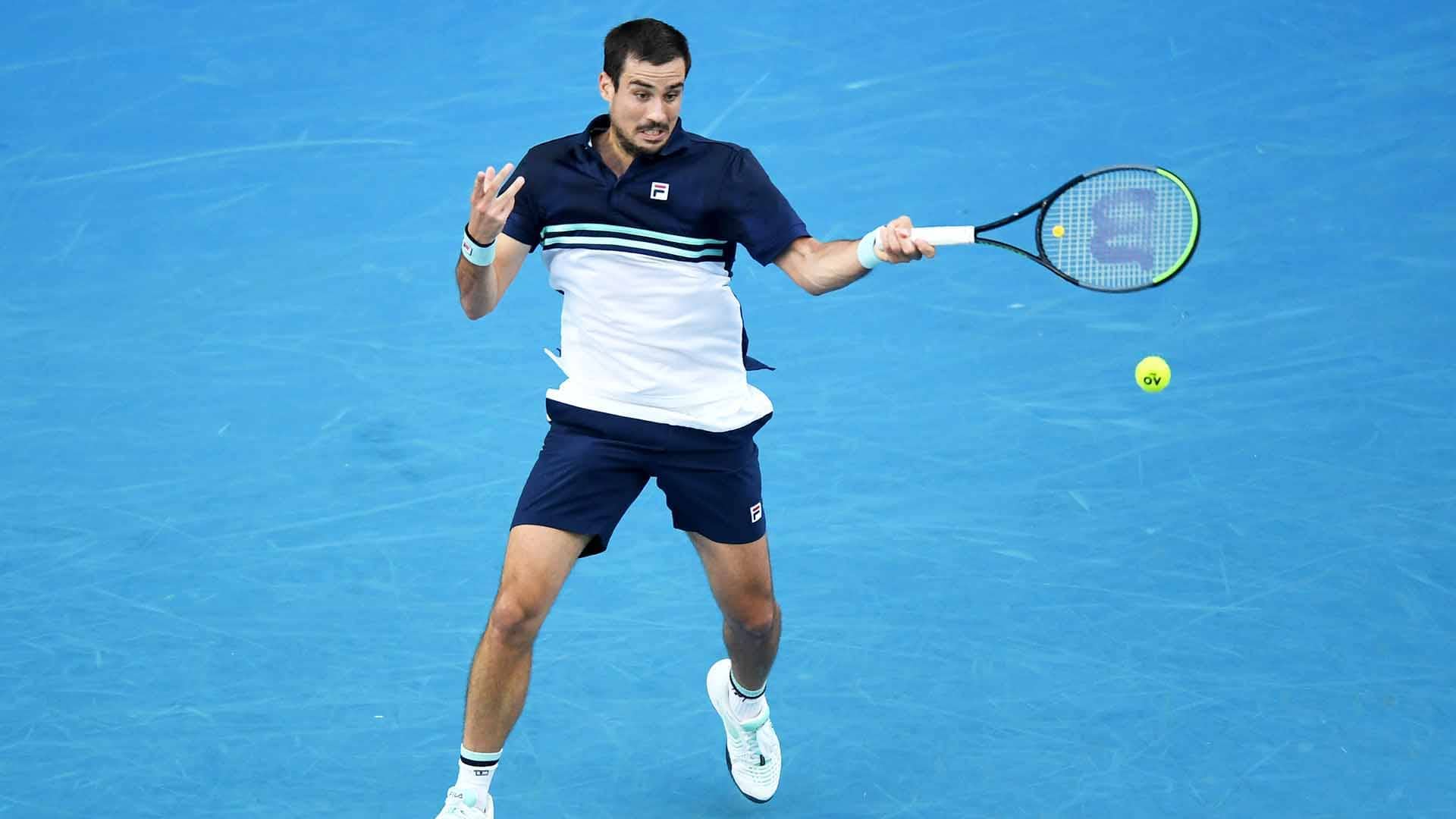 Earlier in the day, Guido Pella earned his first victory of the year, as he defeated Yoshihito Nishioka 6-3, 7-6(4) The 30-year-old won 11 of 15 net points and struck 24 winners to improve to 1-1 in this year’s tournament.

Pella is unbeaten in two ATP Head2Head matches against Nishioka. The World No. 44 also beat the Japanese 6-3, 6-0 win at last year’s Generali Open in Kitzbühel.

Maximo Gonzalez and Horacio Zeballos completed a 3-0 sweep for Argentina with a 6-2, 6-2 victory against Ben McLachlan and Toshihide Matsui. Gonzalez and Zeballos, who also defeated Aslan Karatsev and Andrey Rublev 6-4, 7-6(4) on Day 1, finish the tournament with a 2-0 record.