Stephanie Livaudais
This article contains:
Nominees guided their players to a higher level of performance in 2020

The 2020 ATP Coach of the Year award goes to the coach who helped guide his players to a higher level of performance during the year. This year’s nominees are Gilles Cervara, Juan Ignacio Chela, Nicolas Massu, Riccardo Piatti and Fernando Vicente. The winner, as selected by fellow ATP coach members, will be announced later this month.

Learn more about all the nominated coaches and their seasons as they speak exclusively to ATPTour.com. 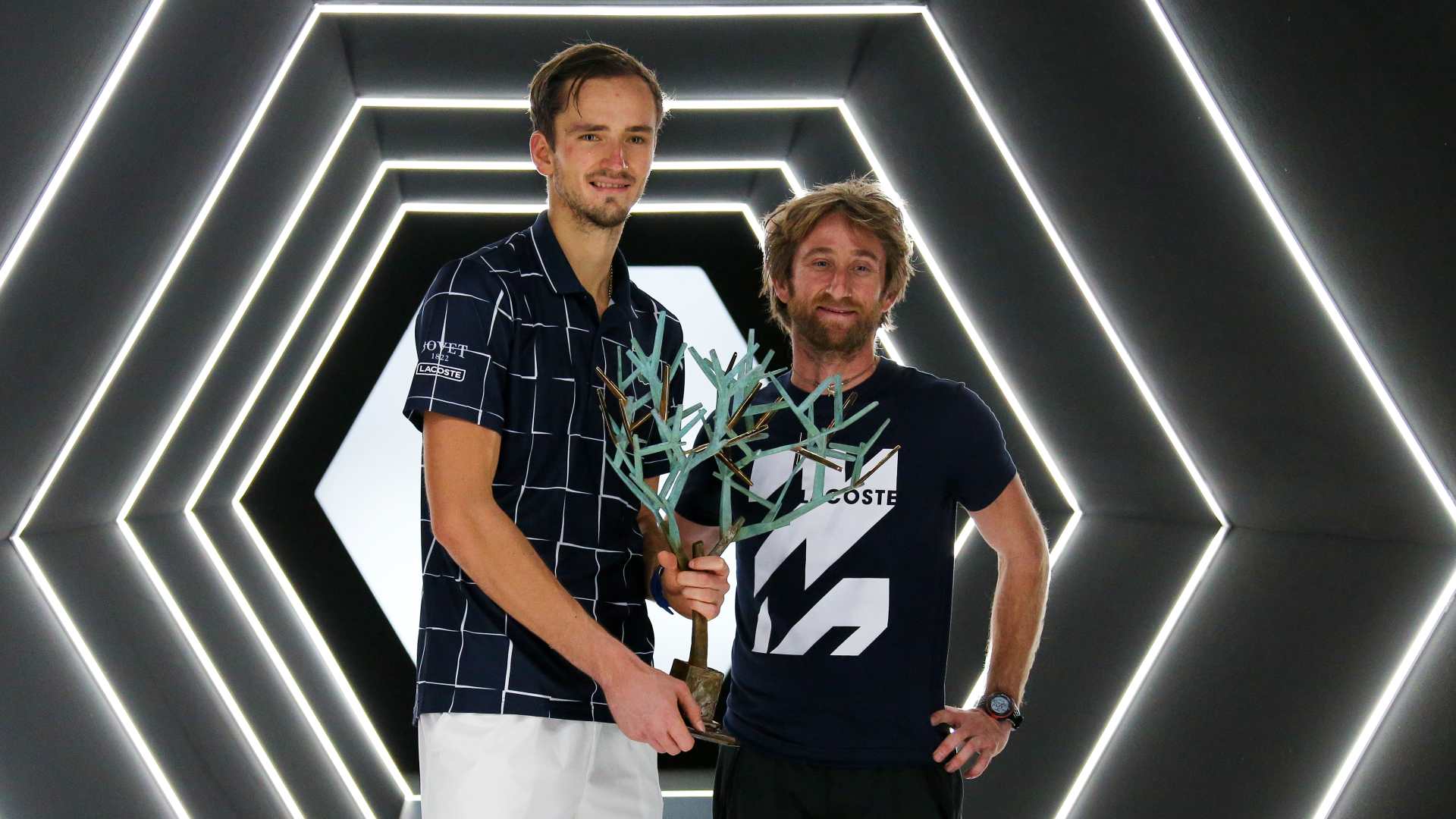 Q: What makes your partnership with your player a success, both on a personal and professional level?
Cervara: "This question is difficult, because there are so many points to explain why our partnership is a success. I would say the main point is the good connection we have together. This connection is a mix between many things: I think I understand Daniil, the way he thinks, the way he works. I think our connection is a good one to make him be at his optimal level all the time. To find the best way he can work, the best way he can play, and to put him in the best conditions to prove his quality – I think that’s a part of my coaching, to make him succeed. I think that’s the main point, the relationship and the work… giving him the space that he needs to work and to play at his best."

Q: What were you most pleased to achieve in 2020?
Cervara: "I will say maybe to finish the year like this [winning the Nitto ATP Finals]. Because when you finish with victories like this, it gives you confidence to start the new season with a lot of hope and confidence. Also, it gives us confidence in the work that we did. Even if sometimes you don’t win for a few weeks, you still have to work and still believe in the work you do. So then when you win, you realize that the work you did, even in difficult moments, means that you were going in a good direction. That’s what makes me the most pleased this year."

Q: What makes your partnership with your player a success, both on a personal and professional level?
Chela: "Diego and I have a great relationship both on and off the tennis court. We are both professionals, and we know how to differentiate between the time to work and the time to relax. We both have similar personalities, and we like to decompress from the hard situations of the tour and the competition. When it comes to work, we like to have clear objectives and work hard to achieve them."

Q: What were you most pleased to achieve in 2020?
Chela: "This year, despite all the difficulties, we are very happy because we have accomplished many goals and new achievements. The highlights and the ones we worked the hardest for were reaching the Top 10, reaching the first ATP Masters 1000 final [in Rome] and the semi-finals at Roland Garros." 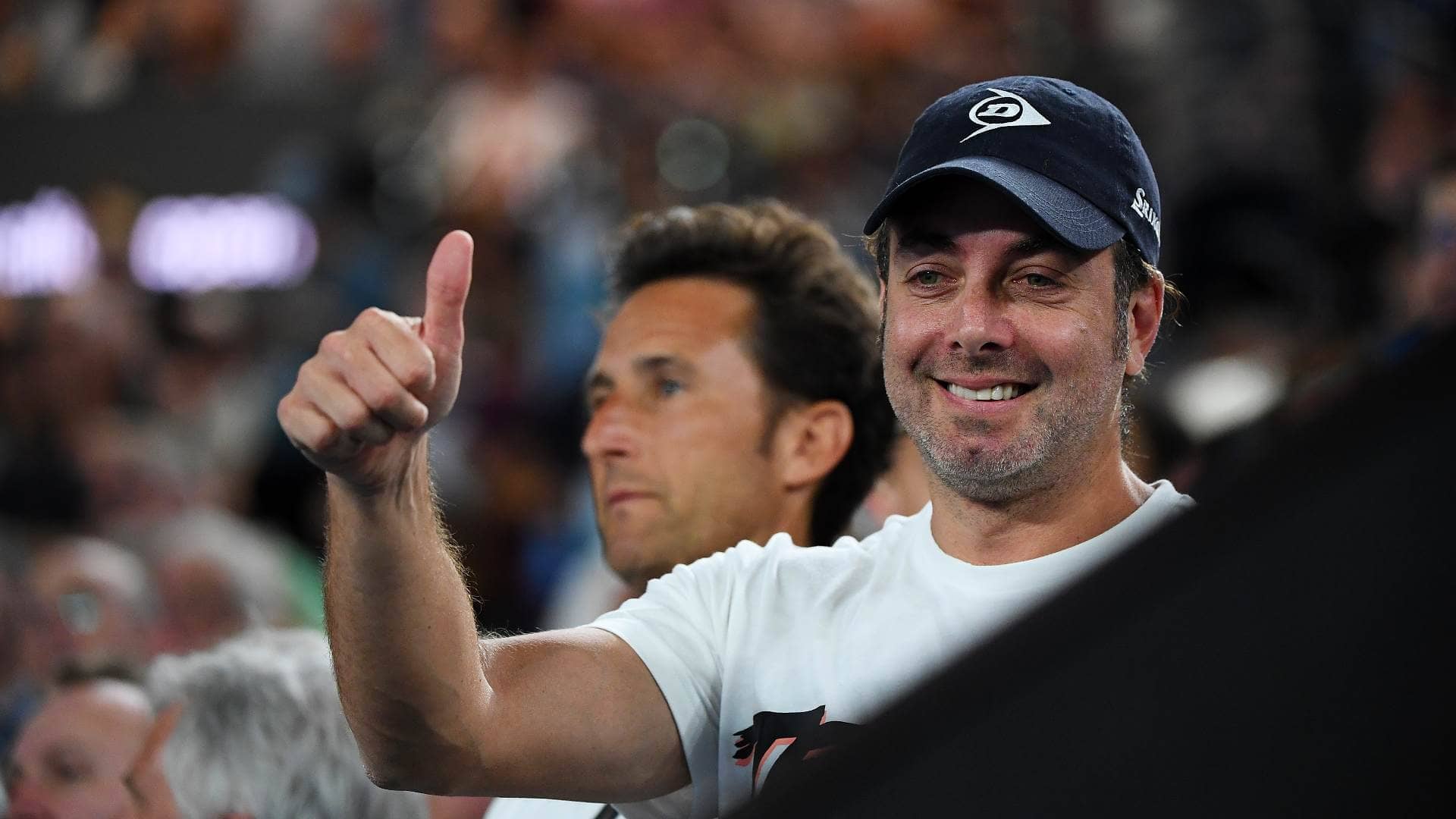 Q: What makes your partnership with your player a success, both on a personal and professional level?
Massu: "I think that we understand each other very well on both a personal and professional level. We have great communication, a lot of respect and a willingness to improve every day. I’m about to celebrate two years working with Dominic, and I think the results have been incredible. There is a lot of motivation from both parties. The way we work, we’re both trying to bring our 100% every day.

"We’re from different cultures; I’m South American, he’s European. But I think that strengthens us, because we have different personalities but share the same passion for being our best every day. We don’t have a big age difference either, and that helps us have a great energy on and off the tennis court.

"Also, I retired seven years ago from tennis, and that’s not too long ago. So I believe that a lot of the things I experienced as a tennis player, I can pass on to him. On a personal level I think we’re getting to know each other more and building up trust every day."

You May Also Like: Djokovic-Thiem Epic Tops ATP Tour Matches Of 2020

Q: What makes your partnership with your player a success, both on a personal and professional level?
Piatti: "For me, it’s really important to educate the player more than coaching him. With all my players I’ve always tried to deal with their existing talent. These players are all very good, what we need to do, or at least what I like to do, is to give them order, to bring out what is already in them.

"Jannik was very young when he came to me and he still had to learn a lot from every point of view. But the more they improve the more they need someone who’s there to educate them to this game, and I think this is what I’m doing with him."

Q: What were you most pleased to achieve in 2020?
Piatti: "Well, 2020 has been a very difficult year for everyone, but I would say Paris. Roland Garros was very good despite the temperature, and of course when he won Sofia – although for me the important moments are the ones when there is a difficulty to overcome. In New York, he started cramping against [Karen] Khachanov but managed to finish the match even if he lost it. In Rome, he played two very important matches against [Stefanos] Tsitsipas and [Grigor] Dimitrov. Normally the matches he loses are the ones he learns the most from."

Q: What makes your partnership with your player a success, both on a personal and professional level?
Vicente: "Honestly, we’ve been working together for four years now and both the way we work together and the way we coexist is really great. We know how to respect each other’s spaces off the court. And in addition to that, I think that we’re both very passionate about tennis, so we can spend lots of hours on the court working to improve many aspects of his game.

"I would say Andrey has made me a better coach. I’ve learned and continue to learn a lot with him. I think that on my end, he understands what I’m trying to impart on him and there’s a very good personal connection, too. If not, it would be impossible to stay together so long.

"We’ve been through very tough moments and now we’ve had a great year. The key is to keep working with passion and the work will bear fruit. So we have to keep going and not be satisfied, there is a lot to improve if we want to stay at this level!"

Q: What were you most pleased to achieve in 2020?
Vicente: "What I’ve been most pleased to see was Andrey’s steady mentality during the weeks where our objective was to reach the Nitto ATP Finals. Those were weeks with so much tension, and he managed to compete at a very high level. Of course, I’m pleased with almost everything. It was his best year in terms of ranking, he won the five finals he played and in general his entire game improved a lot. I would give him an ‘outstanding’ on the season.

"During the time that we couldn’t compete, Andrey worked like an animal and I was really pleased about that. I liked to see that look in his eye during his practices, and see that he wanted to become a better player in the future. That motivates me a lot!"