Luca Nardi celebrates winning a point at the 2022 Mallorca Challenger.

Just over a month from now the world’s Top-8 21-and-under players will compete at the coveted Intesa Sanpaolo Next Gen ATP Finals. Held in Milan, Italy, players dream of using the tournament as a launching pad for their career and this year is proving to be a close battle on who will qualify.

Just under 150 points separate 10th and 20th in the Pepperstone ATP Live Race To Milan, leaving the margins slim as players dash to collect the maximum points in the coming weeks. ATPTour.com looks at five Challenger Tour players to watch in October as they strengthen their hopes of being in Milan.

Ben Shelton (USA)
The lefty has been building upon his NCAA singles title in May, reaching four semi-finals of the five Challenger Tour events in which he has competed. Shelton, 19, finished runner-up at the ATP Challenger 80 events this summer in Rome, Georgia and Chicago, Illinois.

In July, the teenager cruised to victory for his maiden Tour-level win in Atlanta, defeating Ramkumar Ramanthan before pushing countryman John Isner to a third-set tie-break. Shelton was given a wild card into the ATP Masters 1000 event in Cincinnati, Ohio, where he upset then-World No. 5 Casper Ruud in straight sets.

Boasting a 14-5 Challenger match record in 2022, Shelton is due to play the next two weeks at the ATP Challenger 80 tournaments in California: Tiburon and Fairfield. The American is 16th in the Pepperstone ATP Live Race To Milan. 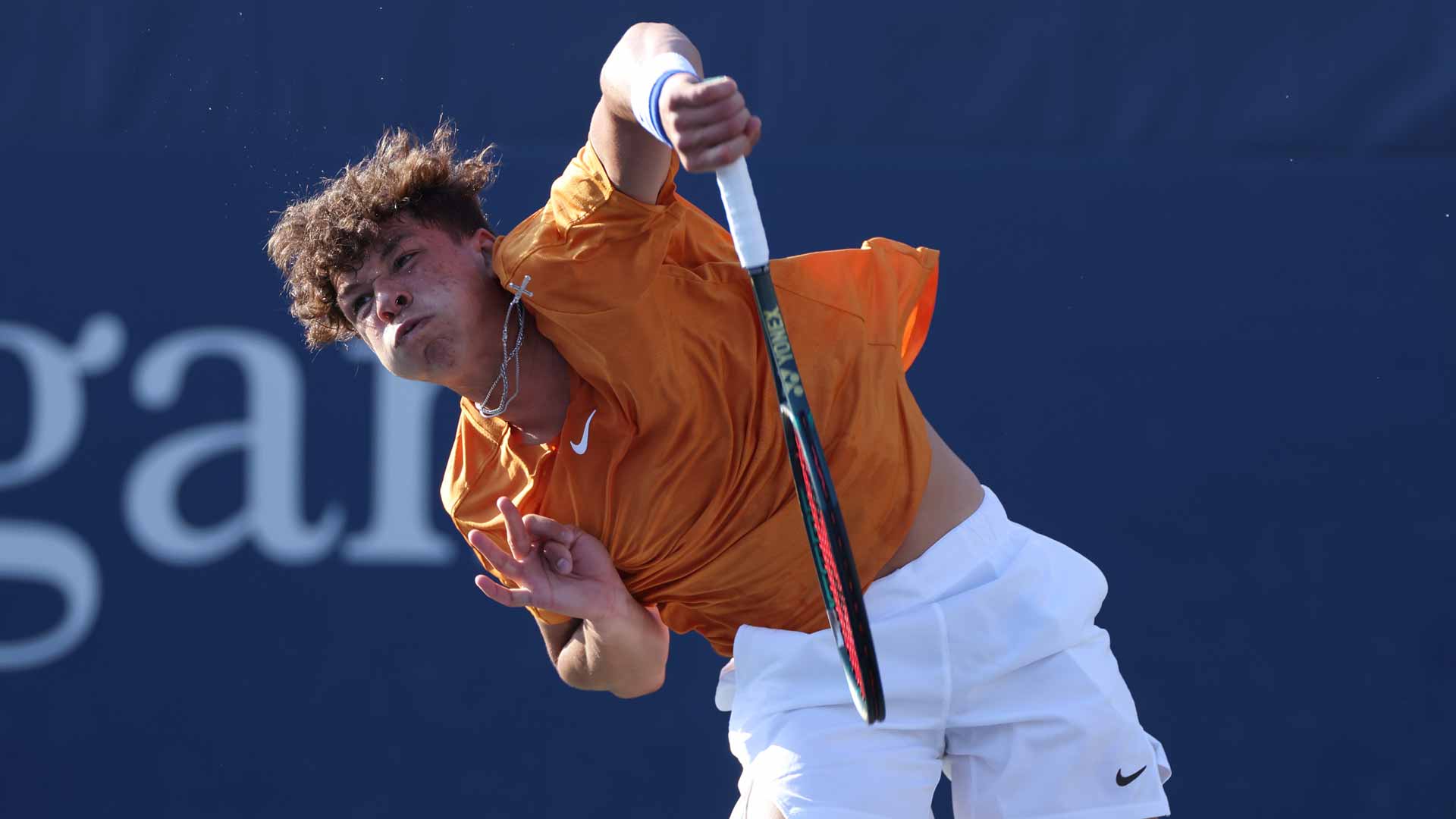 Ben Shelton delivers a serve at the 2022 US Open. Credit: Al Bello/Getty Images

Luca Nardi (ITA)
The 19-year-old is the only #NextGenATP star with three or more Challenger titles this season: Forli-1, Lugano, and Mallorca. Nardi, who climbed to a career-high No. 142 in August, is the youngest (19 years, one month) of the 18 Italians ranked within the Top 200 of the Pepperstone ATP Rankings. At the beginning of the year, Nardi made new commitments to himself, which have helped him achieve success this season.

“I started training harder and with more intensity. I also started a diet and eating better,” Nardi told ATPTour.com in May. “Everything is going better from that. I'm trying to be as professional as I can. In general, it is the same training, with maybe some extra work on the forehand and backhand, but the intensity is much different. That is the difference.”

Nardi, who is 13th in the Pepperstone ATP Live Race To Milan, this weekend will attempt to qualify for the ATP 500 event in Astana, Kazakhstan. 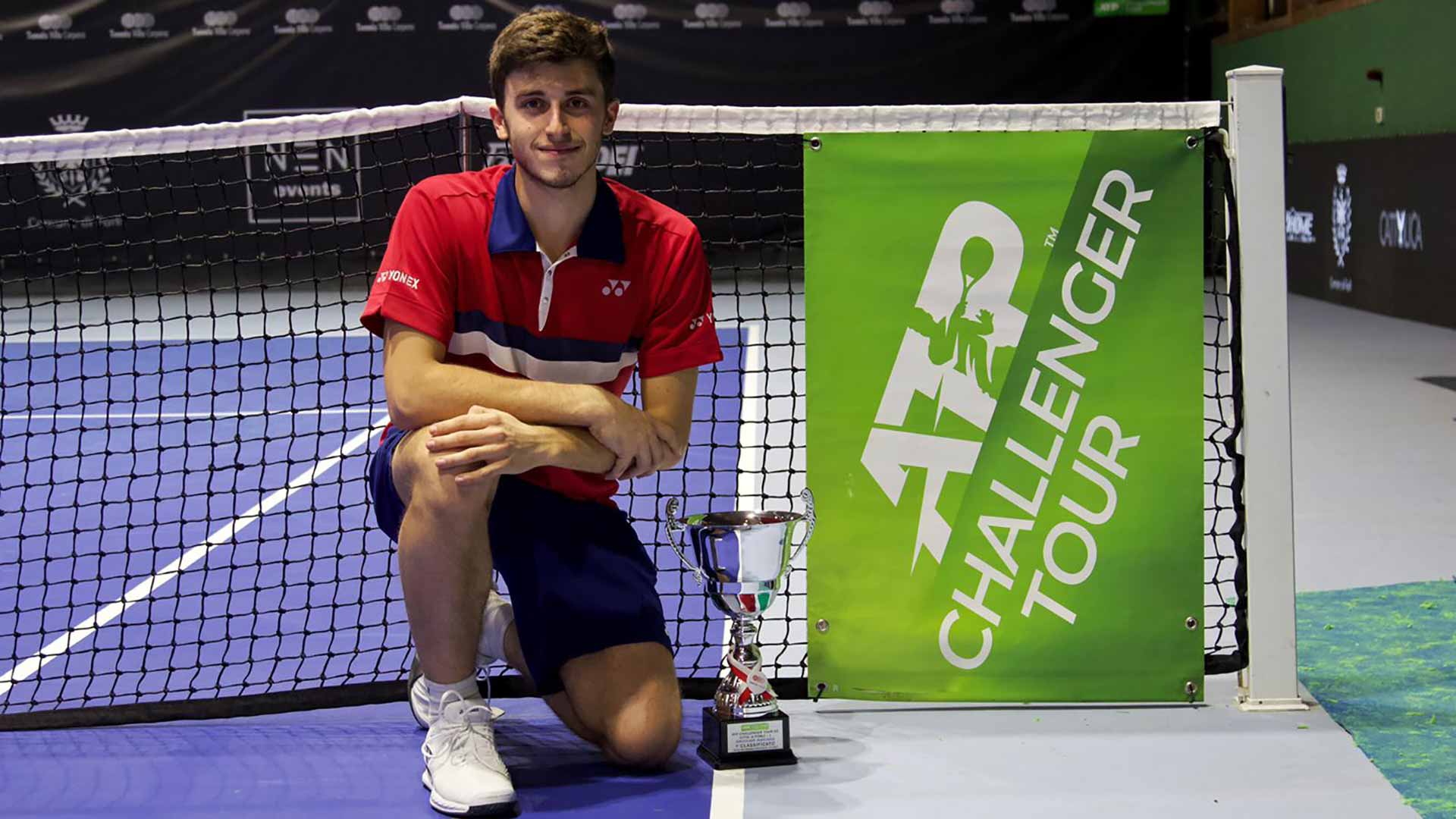 Matteo Arnaldi (ITA)
The 21-year-old has reached two Challenger finals this season, including in Francavilla al Mare, where he claimed his maiden Challenger title. At the San Marino Challenger in August, the World No. 157 didn’t drop a set until the final, falling short to Pavel Kotov. Arnaldi also reached the semi-finals at the Split and Como Challengers.

Arnaldi is one of six Italian #NextGenATP youngsters who have claimed a Challenger title in 2022: Nardi, Lorenzo Musetti, Flavio Cobolli, Francesco Maestrelli, and Francesco Passaro have also triumphed this season. Now inching closer to his 2022 goal of being ranked in the Top 150, Arnaldi is aiming to play in front of a home crowd in Milan.

“The Next Gen Finals is my goal for the rest of the year,” Arnaldi told ATPTour.com. “But I don’t like to check the points every week. I just like to play and do my best.”

The Sanremo native, who is 14th in the Pepperstone ATP Live Race To Milan, will next play the Alicante and Saint-Tropez Challengers. 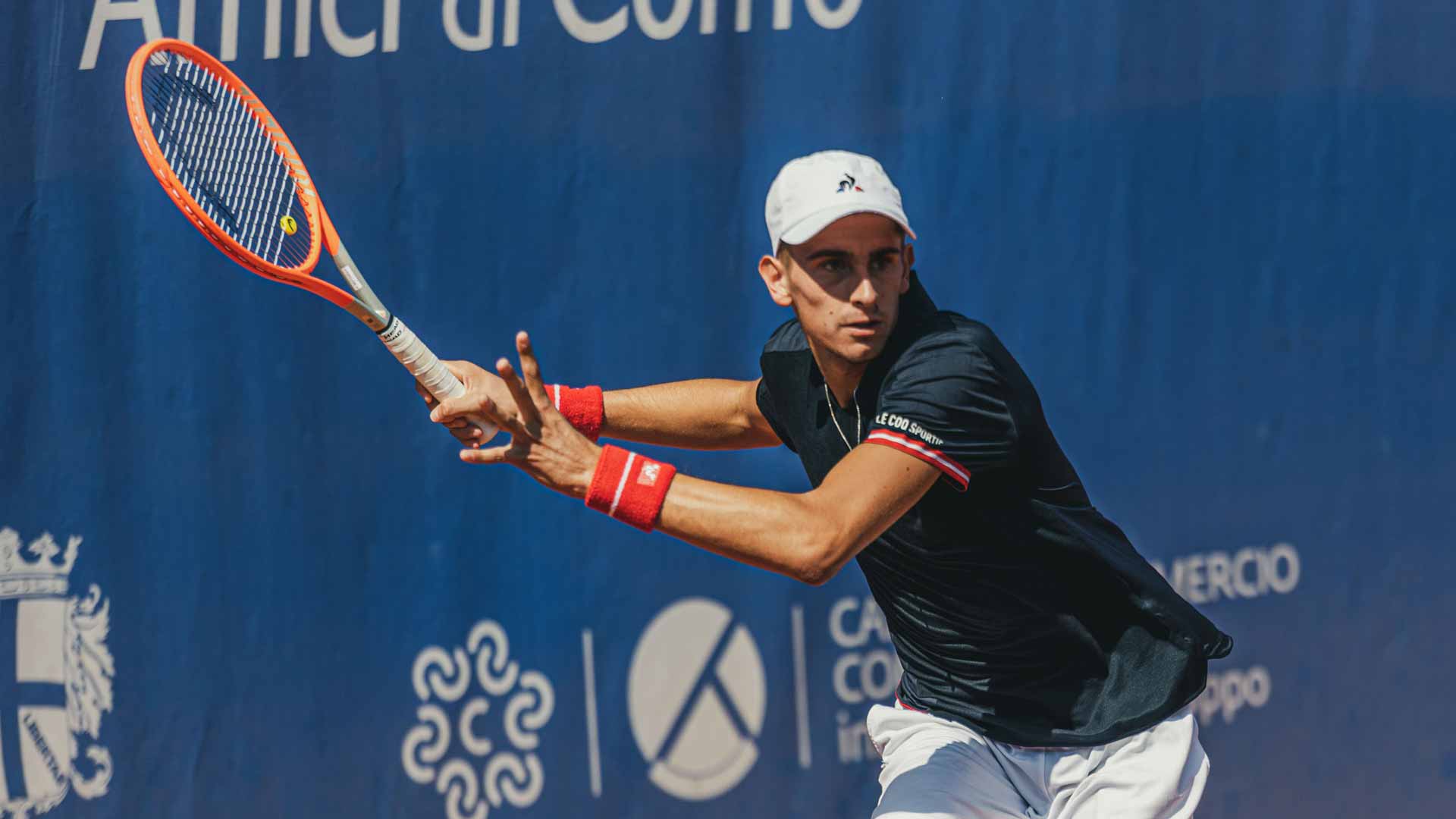 Shang Juncheng (CHN)
In August, the Beijing native became the youngest Chinese champion in Challenger Tour history. During a nine-match winning streak, the 17-year-old triumphed at the Lexington Challenger and finished runner-up in Granby, Canada (l. Diallo). He is the youngest player to win a Challenger title since Carlos Alcaraz at Alicante in 2020.

Shang is one of three Chinese players ranked inside the Top 200, alongside Wu Yibing and Zhang Zhizhen.

Shang, 13-8 at the Challenger level this year, is 22nd in the Pepperstone ATP Live Race To Milan. The teenager will join fellow lefty Shelton at the Tiburon and Fairfield Challengers as he looks to qualify for Milan. 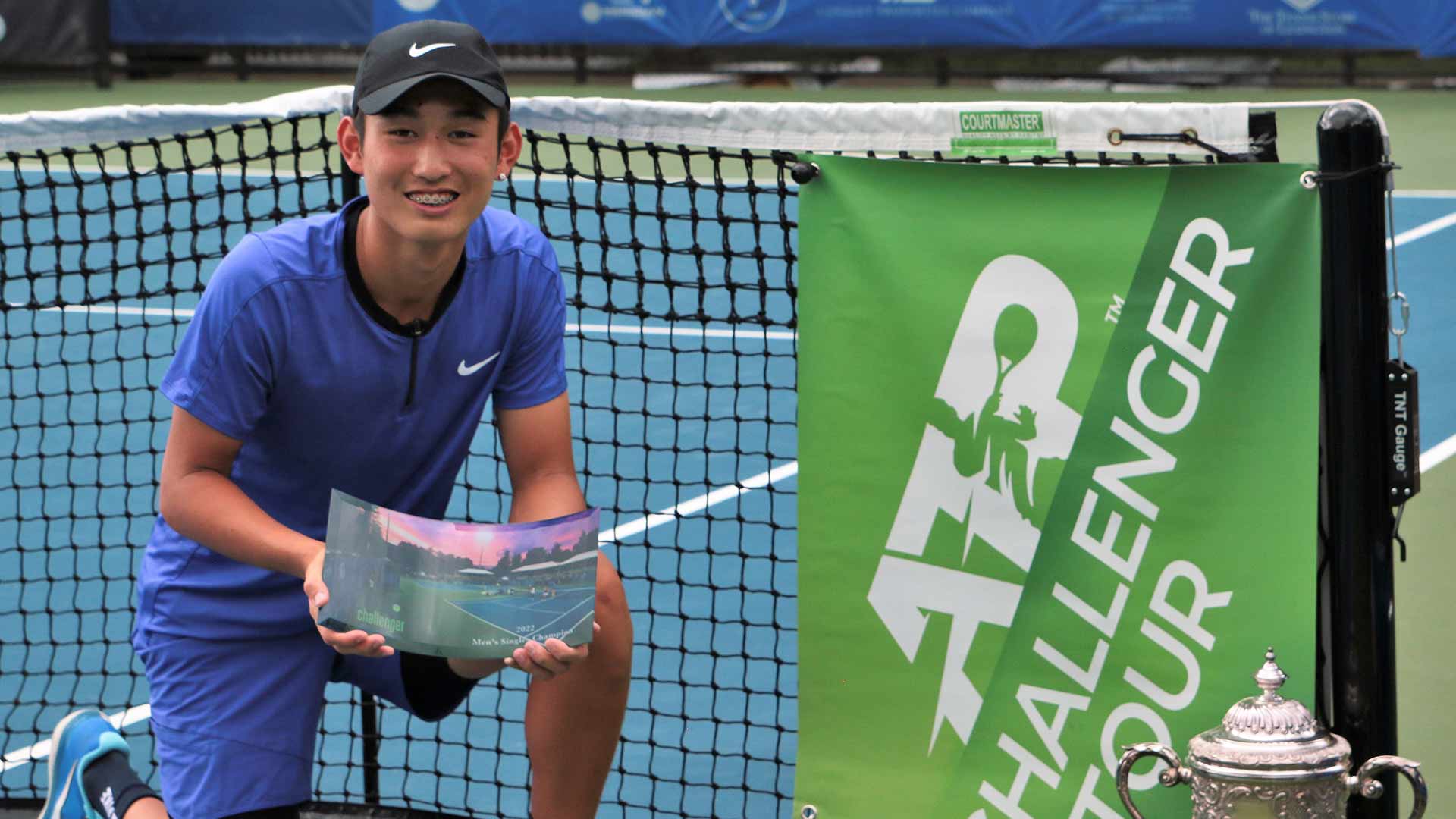 Filip Misolic (AUT)
The Austrian, who is 11th in the Pepperstone ATP Live Race To Milan, surged onto the Challenger scene in May, when he advanced through qualifying en route to capturing the Zagreb Challenger title. The next week, Misolic continued his hot streak as he reached the semi-finals at the Tunis Challenger (l. Brouwer).

In July, the 21-year-old made the best possible use of a wild card at the ATP 250 event in Kitzbuehel. Competing in his first Tour-level event, Misolic made a run to the final on home soil, falling short to Spaniard Roberto Bautista Agut.

Misolic, who began the season ranked outside the Top 350, reached a career-high No. 136 in August. He is set to compete the next two weeks at the Parma and Saint-Tropez Challengers. 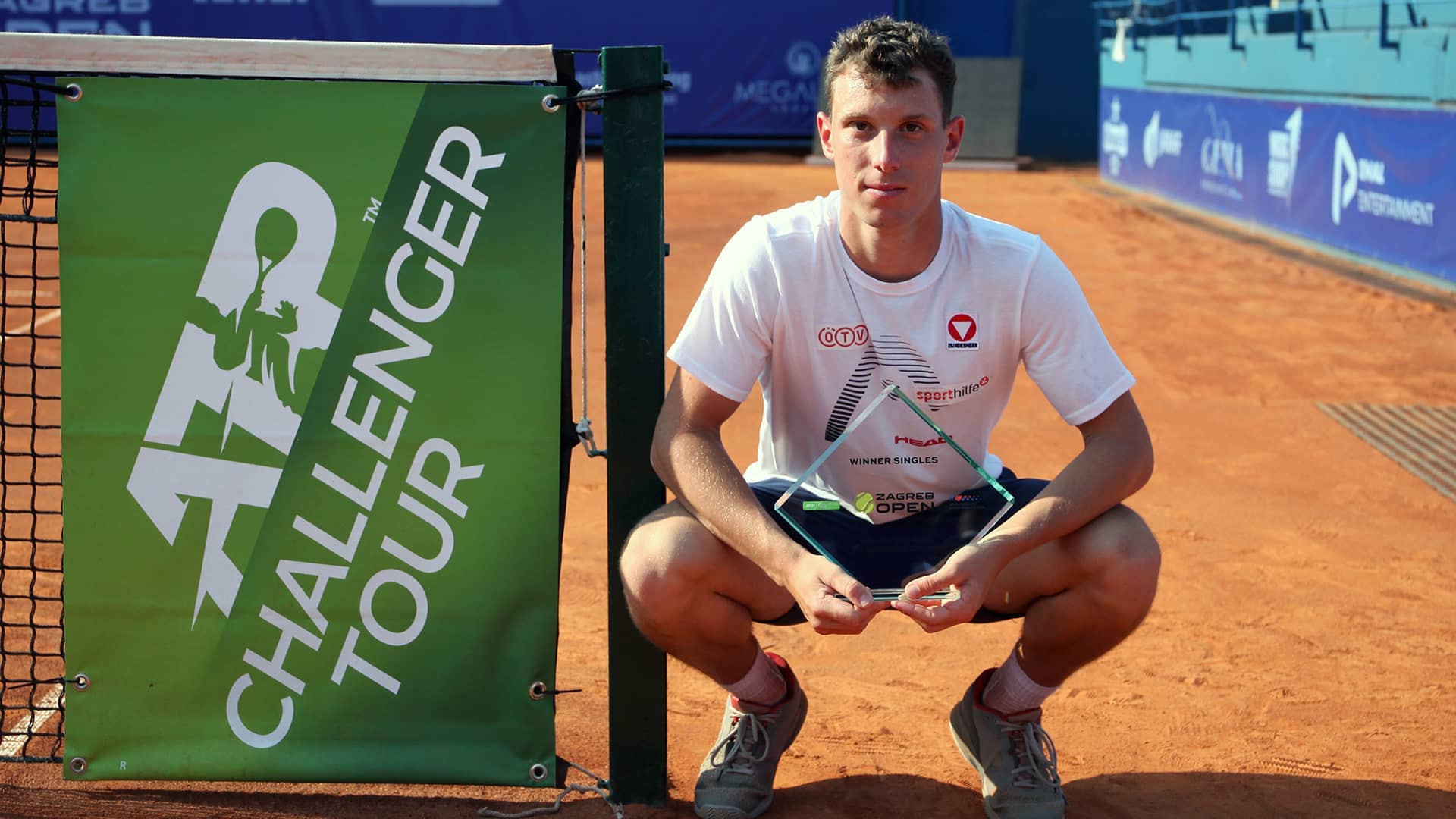 Filip Misolic triumphed at the Zagreb Challenger in May. Credit: Inga Cuzic/Zagreb Open