After watching Carreno Busta twice needing to dig himself out of deep holes in the No. 2 singles against Alejandro Tabilo, 33-year-old RBA was having nothing of that himself as he made an explosive start against Cristian Garin.

The World No. 19 claimed nine of the first 10 games of the match, serving up a bagel to No. 17 Garin in the first set with depth and precision of shot. Garin broke back for 2-3 in the second set but immediately surrendered his serve, and Bautista Agut soon after closed out his victory 6-0, 6-3.

“Today was a good start for me. I played very solid and I’m very happy to get the win,” Bautista Agut said. “I like the conditions and this court. Sydney is a great city, so it’s very good to start the year playing ATP Cup.”

Bautista Agut’s impressive returning anchored his victory as he won 44 per cent of first-serve returns and 65 per cent of second-serve returns. He was also efficient in converting five of seven break point opportunities.

With an 8-2 record at the ATP Cup — including a perfect 6-0 mark as Spain's No. 2 player in 2020 — Bautista Agut is one of the most successful players in tournament history. 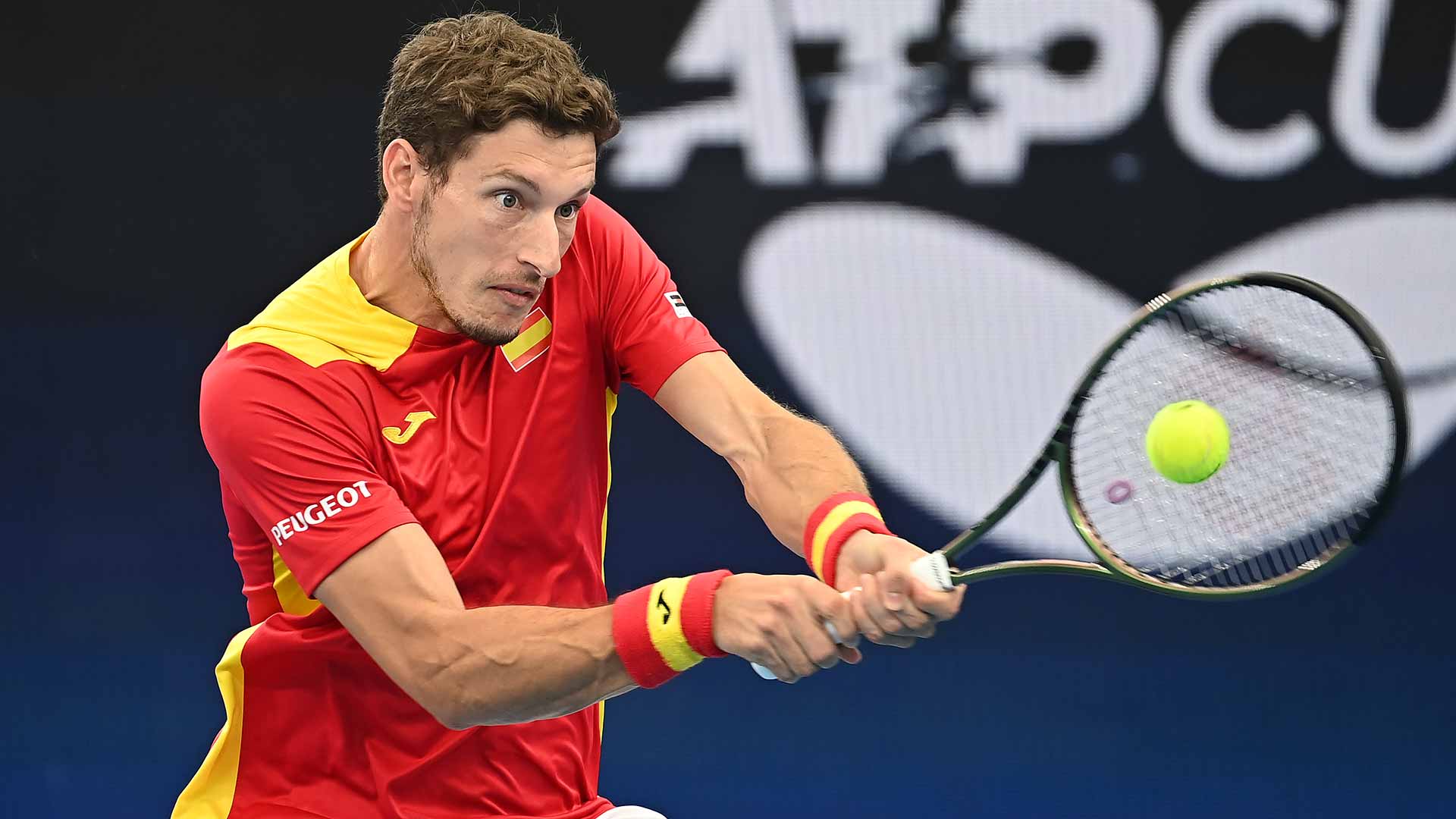 Photo Credit: Peter Staples/ATP Tour
In the first match of the tie, Carreno Busta rallied from sluggish starts in both sets against Tabilo to give Spain an early 1-0 lead. The former Top 10 Spaniard used his experience to rally from 0-3 in both sets to claim a 6-4, 7-6(4) win over the left-handed World No. 139 Tabilo, who last year played just six tour-level matches (2-4 record).

"It was very difficult at the beginning of the match because he was playing unbelievable," Carreno Busta said. "I was fighting all the time... and I ended up playing much better than I started."

Spain completed a 3-0 sweep of the tie when Alejandro Davidovich Fokina and Pedro Martinez toughed out a 7-6(3), 4-6, 10-7 win over Tomas Barrios Vera and Alejandro Tabilo.

The ATP Cup format sees the No. 2 singles played first, followed by the No. 1 singles and doubles.