Daniil Medvedev has been practising hard for Russia's bid to retain the ATP Cup title.

ATP Staff
This article contains:
Group B and C ties get underway in Sydney

Defending champion Russia, last year’s finalist Italy and host nation Australia all open their ATP Cup campaigns on Tuesday in Sydney. Four players — Daniil Medvedev, Alexander Zverev, Matteo Berrettini and Jannik Sinner — in the Top 10 of the ATP Rankings will be in action.

Here are the five things that matter most ahead of Day 2 at the 2022 ATP Cup.

Medvedev Confident
Twelve months ago, Daniil Medvedev continued his rich form to win four singles matches against Diego Schwartzman, Kei Nishikori, Zverev and Berrettini to help Team Russia capture the ATP Cup crown. While the late withdrawals of Andrey Rublev and Aslan Karatsev — last year’s "secret weapon" — have dealt Russia a blow, Medvedev is confident of success ahead of the team’s first Group B tie against France. “Last year was amazing for Russian tennis in general…and I think that's what can, again, help us a lot this week because everybody is expecting us to do well," said Medvedev, who has an 8-1 record in ATP Cup singles matches. "Usually, I like this kind of pressure. It makes you play better.”

In the No. 1 singles match, the World No. 2, who won four ATP Tour titles in a career-best 2021 season, will be looking to avenge his 6-4, 6-3 loss to France’s Ugo Humbert at Hamburg in July 2020. Humbert will be making his ATP Cup debut for France, which boasts Arthur Rinderknech, Edouard Roger-Vasselin and Fabrice Martin. “I'm super happy to be with these guys,” said Humbert, ahead of his first match on Ken Rosewall Arena. “I saw the past editions of the ATP Cup. I really like the atmosphere of the competition.”

Zverev, Norrie Look For Immediate Impact
Zverev finished the 2021 season in style by winning 12 of his last 14 matches, including titles at the Erste Bank Open in Vienna and the Nitto ATP Finals, but on Day 2, the German comes up against another player who enjoyed a stellar year. Cameron Norrie, who rose to a career-high No. 12 in the ATP Rankings with two ATP Tour trophies from five finals, will be hoping to avenge his two losses to Zverev at Acapulco and Montreal in 2019 when Great Britain challenges Germany in Group C during the night session on the Qudos Bank Arena.

“A lot of the time last year, I was being the underdog, going out and hunting those guys,” said Norrie on Thursday. “Whereas now, I think, some of the time, it's going to be people hunting me. The pressure only gets more, but I'm looking forward to it. [I] feel good physically and [I'm] excited to kick off the year in such a great team event.”

Zverev, who has a 4-2 record at the ATP Cup and helped Germany to the 2021 semi-finals, admitted, “The matches are difficult. I'm playing Cameron Norrie… to start the year off against the World No. 12, it can only be in this event for me. It is a great challenge. I will know exactly where I am at after the first few matches.”

Briton Daniel Evans will look to extend his perfect 2-0 ATP Head2Head record against Jan-Lennard Struff in the No. 2 singles match. 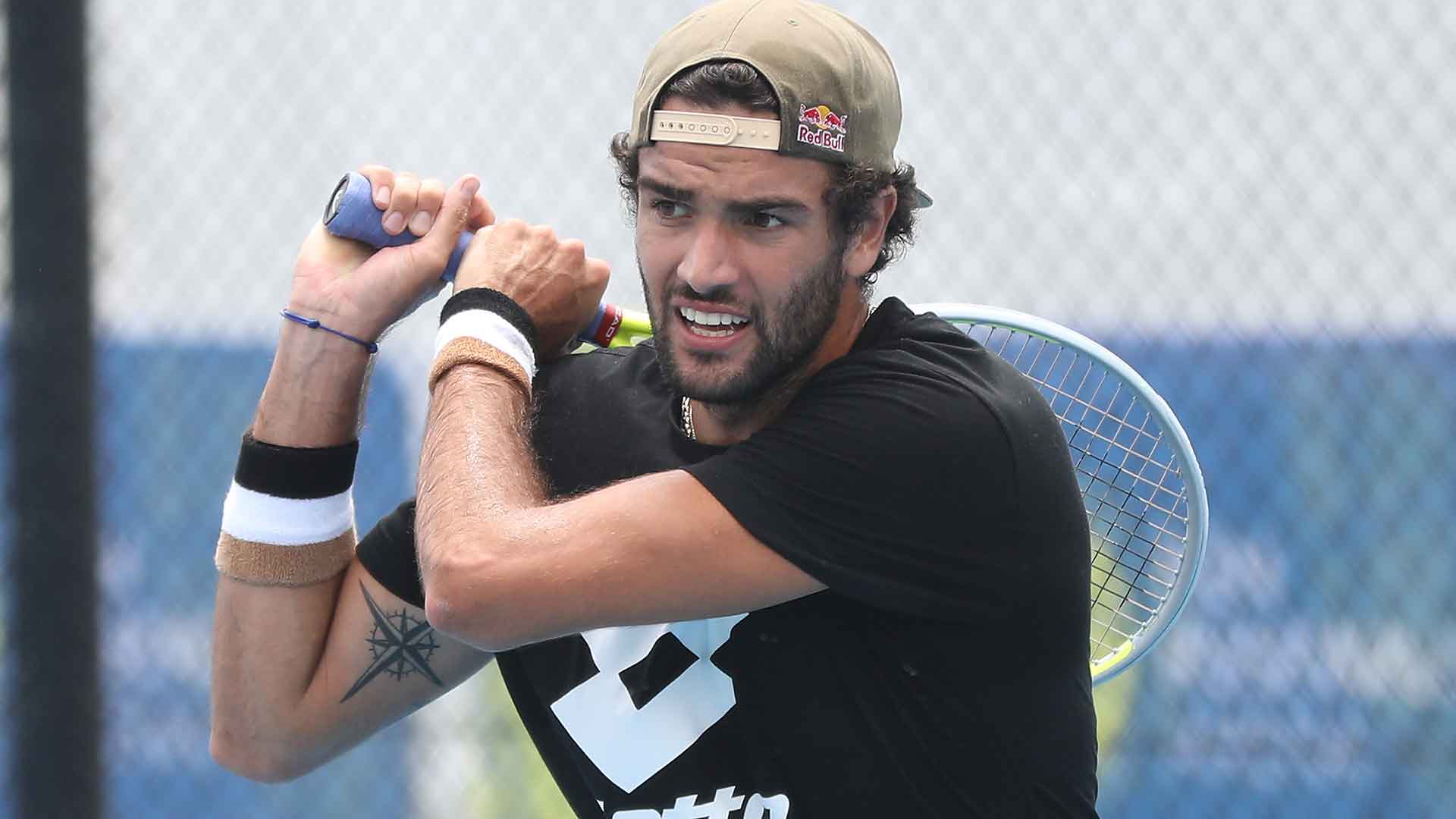 Italian Firepower
With two players in the Top 10 – Berrettini and Sinner – plus Simone Bolelli and Fabio Fognini, a doubles team that won the 2015 Australian Open trophy, it’s safe to say that Italy’s captain Vincenzo Santopadre has some serious firepower at his disposal. “Our aim is to win the title,” said Berrettini, who won three of his four singles matches to help Italy advance to the 2021 ATP Cup final. “It's our goal to always do better than the previous experience,” said Santopadre. “So of course, we don't have to be shy to say that we are here trying to win.”

Berrettini won’t be fazed when he plays Australia’s Alex de Minaur in Group B, during the night session. “Alex is a really tricky player, especially here in Sydney, in his home country,” said Berrettini, who beat De Minaur 6-4, 6-4 in the Cinch Championships semi-finals in June 2021. “He's been playing his best tennis here. I think this atmosphere brings him to play his best tennis, so it's going to be very tough match. But I like it when the atmosphere is like that. I like [when] stadiums are packed, and people are cheering for you or against you. I'm really looking forward to that match.”

Sinner, a winner of four ATP Tour titles last year, opens the tie against Australia’s James Duckworth. The pair split their two 2021 meetings, with Duckworth winning 6-3, 6-3 in Toronto and Sinner prevailing 7-6(4), 6-4 in Sofia.

Neighbours To Clash
Canada plays United States during the day session on Ken Rosewall Arena that neither team will want to lose. Felix Auger-Aliassime is not only the Canadian captain this week, but the World No. 11 will also shoulder the responsibility of facing Taylor Fritz in the No. 1 singles match. Denis Shapovalov, currently No. 14 in the ATP Rankings, will also have a first-time meeting against American John Isner.

United States captain Michael Russell, who is Fritz's full-time coach, said, "We're excited. We finished last year pretty strong, and we're looking to come up against Canada Sunday and we feel good about our team. Everybody's fired up."

Neighbours To Clash
Canada plays United States during the day session on Ken Rosewall Arena that neither team will want to lose. Felix Auger-Aliassime is not only the Canadian captain this week, but the World No. 11 will also shoulder the responsibility of facing Taylor Fritz in the No. 1 singles match. Denis Shapovalov, currently No. 14 in the ATP Rankings, will also have a first-time meeting against American John Isner.

Doubles Deciders
The final tie on Saturday went down to the wire with Serbia’s Nikola Cacic and Filip Krajinovic beating Norwegians Viktor Durasovic and Casper Ruud 7-6(3), 6-3. On Sunday, some of the world’s best doubles players could feature. Jamie Murray and Joe Salisbury are slated to take on Kevin Krawietz and Tim Puetz when Great Britain meets Germany, while Australia’s John Peers and Luke Saville are scheduled to face Bolelli and Fognini of Italy. Throw into the mix, Rajeev Ram for the United States, which has plenty of options. Isner believes the United States has several partnership options at its disposal for the doubles match. As Isner admitted, “I think any of us [with] Raj obviously the staple, can play doubles. Physically, I don't think it's an issue.” Currently Fritz and Isner are down to play Auger-Aliassime and Shapovalov, but Ram and Brandon Nakashima are also available for the Americans.