Alejandro Tablio and Tomas Barrios Vera gave Chile its second win of the ATP Cup Wednesday against Norway, but the bigger winner was Spain, which now has a stronger chance of qualifying for the semi-finals.

The Chileans won the deciding doubles rubber 6-0, 6-4 against Leyton Rivera and Andreja Petrovic.

Had Norway won the tie, Serbia would have qualified for the knockout stage with a 2-1 victorv tonight over Spain. But the Chilean victory means that Serbia must now win 3-0 to emerge from the group at Spain's expense.

"We were close in all the [ties], so we're pretty happy about that. Especially being able to win two ties is incredible," Tabilo said. "I think we're all very happy with how we are playing."

Casper Ruud had claimed his second No. 1 singles win of ATP Cup when he defeated Cristian Garin to level the Group A tie. The World No. 8 backed up an earlier group win over Serbia’s Dusan Lajovic with a 6-4, 6-1 victory over Garin, in which he won 82 percent of first-serve points and saved the three break points he faced against the World No. 17.

“It was a tough match and sometimes the score lies and it’s much tougher than it seems,” Ruud said. “There were some close games at the beginning of the second set that probably decided the set. When you play long games and lose you feel like you have a mountain to climb. When you win them you feel like you are on the downhill again. 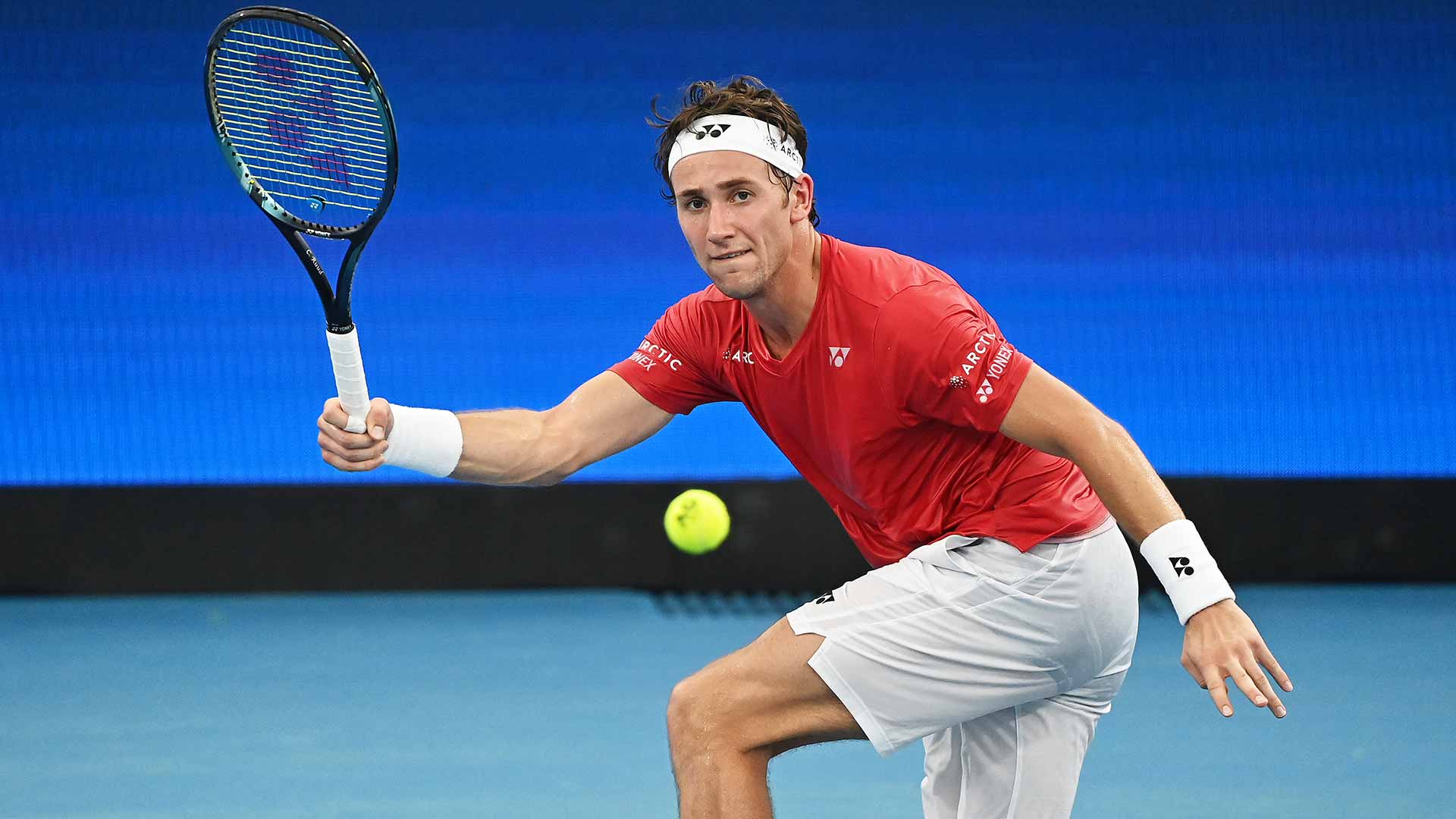 The 24-year-old won nine of the first 11 games of the match to seemingly be on the verge of victory at a set and 3-1 up before Viktor Durasovic rallied to take the second set in a tie-break. But the Toronto-born Chilean finished strong to close out a 6-1, 6-7(5), 6-1.

“Nerves got to me,” Tabilo admitted after the match. “Things started off pretty comfortably and I was playing loose, but I was looking for my first win of the year and I put pressure on myself and it showed. Viktor started to play very well but I was able to talk to my team, which helped a lot, and I was able to refocus.

“I had a little taste of playing doubles at the first ATP Cup and now playing No. 2 singles is an honour.”

Neither Norway nor Chile can reach the semi-finals.

ATP Cup format sees the No. 2 singles played first, followed by the No. 1 singles and the doubles. Doubles uses no-ad scoring and a Match Tie-break in place of a third set.

Each country plays three matches in group play from 1-6 January across Ken Rosewall Arena and Qudos Bank Arena at Sydney Olympic Park. One team emerges from each of the four groups to contest the two semi-finals, which will be split over two days (7-8 January), with the final played 9 January.