Jonathon Braden
This article contains:
Inaugural event heads to Sydney on Thursday for the Final Eight

South Africa's Khololwam Montsi hasn't played a single match so far at the inaugural ATP Cup in Brisbane. Yet he couldn't be more pleased with his experience.

Montsi, who turned 17 in November, is the youngest player at the 24-team tournament being played in Brisbane, Perth and Sydney. He was eligible to join former World No. 5 Anderson, Lloyd Harris, Ruan Roelofse and 16-time ATP Tour doubles champion Raven Klaasen on the South Africa team because he's the country's fifth-highest ranked player in singles or doubles.

But Montsi could have chosen to play elsewhere in order to prepare for the junior Australian Open. The teenager, however, decided on the ATP Cup so he could learn from his more successful countrymen and be around some of the game's best players, including Djokovic, Felix Auger-Aliassime and Nick Kyrgios, Montsi's “idol”.

Dozens of players have savoured being able to represent their countries at the ATP Cup, which moves exclusively to Sydney on Thursday for the Final Eight. But another benefit of the team competition has been its ability to bring together generations of players from the same country.

The youngest among the group learn from their more experienced teammates, and the veterans on the squad serve as mentors, paying forward what others did for them years ago. Together, they work to ensure top-level tennis in their country remains for years to come.

“I've learned a lot of things, especially the small things. They've told me a lot, they've showed me a lot and they've given me the best advice,” Montsi said. “I'm really grateful to have them around me.”

The question-and-answer sessions have come at an opportune time for the teenager, who, at 5'1”, 123 pounds, has yet to fully develop and is still deciding his next steps. The World No. 12 in the junior rankings is mulling over whether or not he'll play collegiate tennis in the U.S. or turn professional, and if he does opt for college, where he'll attend.

He has some time to decide. Montsi plans to graduate from the online Laurel Springs School in December, and if he does attend college, wait until August 2021. In the meantime, he's been observing Anderson and others and soaking up all the information he can.

“I'm getting advice from a lot of people,” he said. 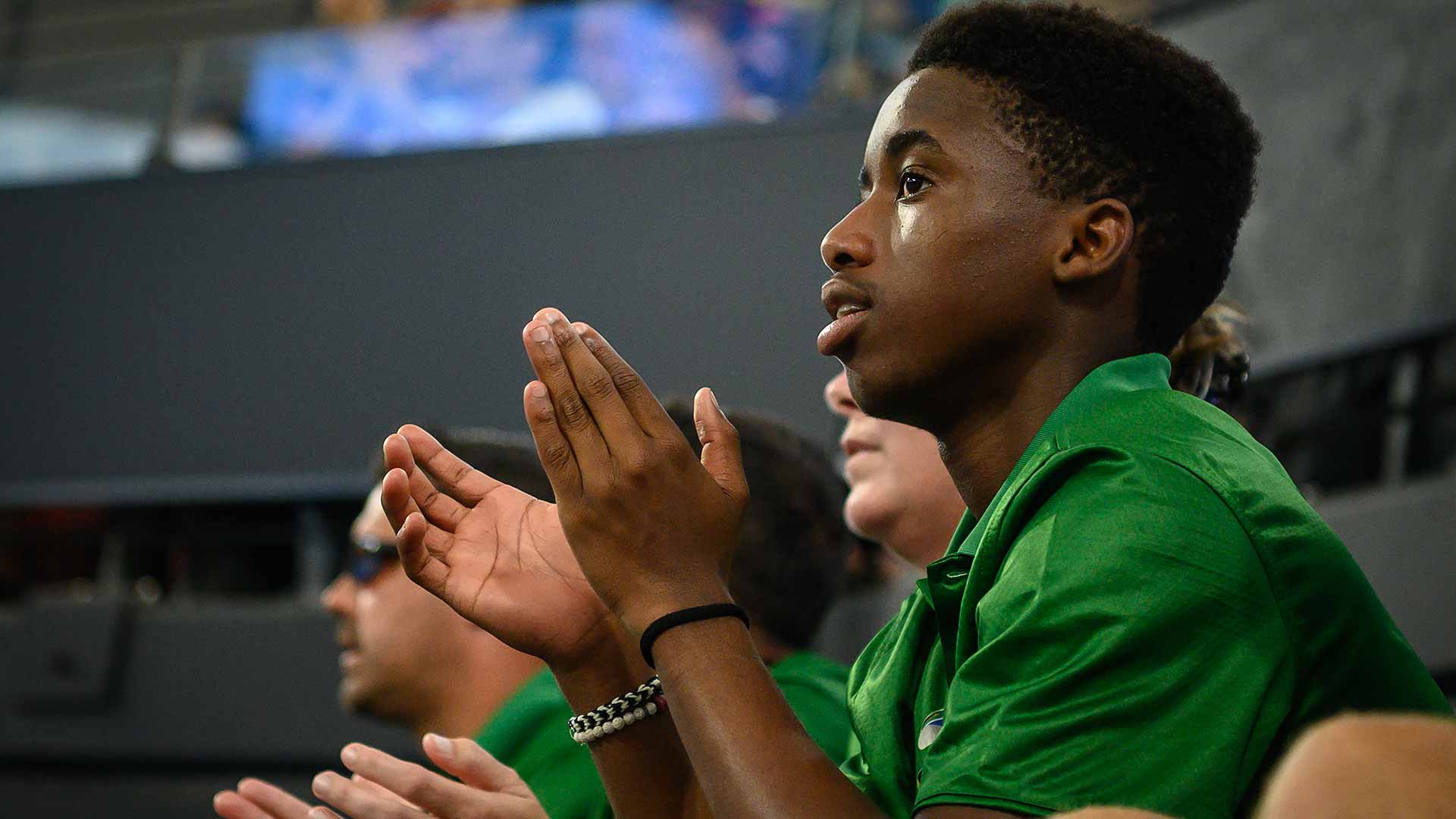 That list includes Auger-Aliassime, who introduced himself to Montsi in the locker room and reminded the 17-year-old that he was in a similar position just one year ago as a teenager trying to adjust to the ATP Tour.

Kyrgios also said hello to Montsi and welcomed him on Tour. “Knowing that my idol literally just came up to me, greeted me, it's amazing,” Montsi said.

He's learned from his countrymen as well, through practices and team dinners. Anderson asked Montsi about where wants to go to college and educated him on how playing collegiate tennis might help him and his career.

The 6'8” right-hander, along with No. 1 American John Isner, played collegiate tennis before going onto reach the Top 10 of the FedEx ATP Rankings and win ATP Tour titles.

Klaasen has particularly taken an interest to mentoring Montsi at times, including during the team's first ATP Cup match against Serbia as Djokovic and Anderson played the No. 1 singles match.

The two sat next to each other in the South Africa Team Zone, which is along the baseline and was a prime viewing location for the two to marvel at Djokovic's ability to absorb Anderson's pace.

Klaasen turned to Montsi and pointed out how Djokovic maintains his balance along the baseline and returns a deep ball, despite Anderson's heavy hitting.

“We were having a look at the best version of what a baseline player looks like. It was a very nice view to isolate things,” Klaasen said.

The 37-year-old, who played in the 2019 Nitto ATP Finals doubles title match (with Venus), has appreciated serving in the mentor/coach role for Montsi, except for the part where he is reminded about his age.

“When were you born?” Klaasen quizzed Montsi the other day in Brisbane.

His tennis mortality aside, the doubles World No. 8 has enjoyed trying to do for Montsi what others did for him. When Klaasen was younger, other South Africans, including Wayne Ferreira, guided his journey.

“I've known about him for a while but we haven't really seen each other. So to actually have an event that brings us together is a good opportunity for me to get to see what's coming through, and hopefully he's looking my way, 'Oh, let me learn something from this old guy',” Klaasen said.

South Africa captain Jeff Coetzee, who won six ATP Tour doubles titles as a player, also leaned on his wiser countrymen, including Ferreira, Johan Kriek and Brent Haygarth, when he was rising the FedEx ATP Rankings, and is glad Montsi has brought the right attitude to the ATP Cup.

“He's practised a bunch now with Kevin. The other day, when we played Serbia, he warmed up Kevin, and Djokovic was in the same court. Where do you buy experience like that?” Coetzee said.

Fortunately for Montsi, he hasn't had to worry about that; he's just learned everything he can to educate his own career.

"I feel like it is a good preparation for my upcoming tournaments, just to see," Montsi said. "I never know if I can get this opportunity again to be with the pros again."