Australian legend Ken Rosewall was joined by ATP stars Borna Coric, Grigor Dimitrov, David Goffin and Jamie Murray on Monday in Sydney to unveil the upgrades to Ken Rosewall Arena at Sydney Olympic Park Tennis Centre ahead of the start of the ATP Cup on 3 January.

“I think it’s pretty exciting,” Rosewall said at the ceremony. “I think that it’s going to be some of the best tennis that we’ve seen here at the stadium and I think with the new facility here, with the new seats and the new roof, it’s going to be exciting for the spectators as well. I know that there will be a lot of great matches.”

The spectacular $50.5 million upgrade to the Sydney Olympic Park Tennis Centre has included the transformation of Ken Rosewall Arena into a multi-purpose outdoor covered arena with upsized in-stadia videoboards and new seating. The players even aimed their phone cameras towards the sky to capture the centerpiece of the transformation — an all-weather canopy roof.

"It’s the first thing I noticed when I walked into the court. I have a lot of memories out here,” said Dimitrov, who reached the final of the Sydney ATP 250 in 2016. “I’m so excited to be here." 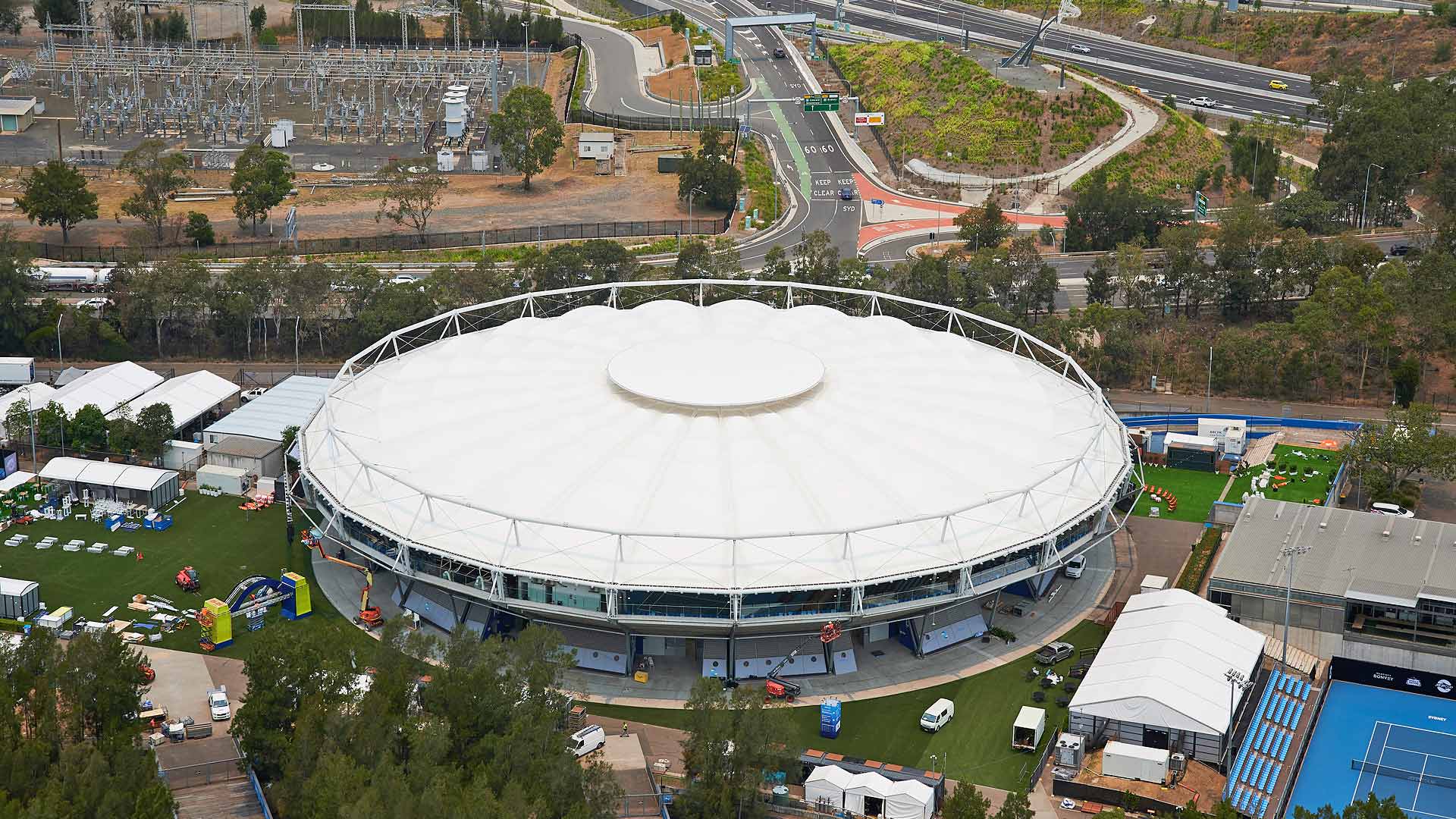 “It’s fantastic to see in this wonderful city of Sydney the global launch of the tennis season with the talent we have here today, taking place here in just four days,” Larner said.

Having completed a tour of Brisbane and Perth, the ATP Cup trophy has also arrived in Sydney. Its bespoke design is both a tribute to tennis’ past and a celebration of its future.

Made from sterling silver, the trophy's symmetrical design consists of 24 shards, with each representing one of the 24 countries in the competition. The shards support a silver stem adorned with a hand-blown glass silver sphere, replicating both a traditional tennis ball and the hemisphere logo of the ATP Cup.

The trophy’s base is handcrafted from native Banksia hardwood and is finished with a silver plaque, which awaits the engraving of the first ATP Cup champion team.

The first match in Sydney will pit Belgium against Moldova on Friday at 10am local time.