ATPWorldTour.com talks exclusively to Mirnyi on the 15th anniversary of meeting a young Federer en route to his lone ATP World Tour singles title at 2003 Rotterdam

The ‘Beast’ is largely remembered these days, in his 25th season as a professional, as one of the finest doubles players of his generation, capable of aggressive, tactically adept play both from the baseline and at the net. But just like every player who aspires to make a living from the sport, you begin your life as a singles player. Max Mirnyi, initially, competed in both singles and doubles competition, his appetite whetted at Nick Bollettieri’s Tennis Academy in Bradenton, Florida, with the likes of Tommy Haas and Andre Sa on tennis and basketball courts.

“My singles career and wins I earned, got me to a combined 1,000 match wins recently,” Mirnyi told ATPWorldTour.com. “A big reason why I was the player I am in doubles, is because I played a lot of both disciplines early in my tennis development. I enjoyed it and I don’t look back, thinking if I hadn’t had played more doubles, then I could have done a bit better in singles.”

Fifteen years ago, Mirnyi arrived at the Rotterdam Ahoy unsure of his chances in a loaded singles draw, fatigued and hoping to figure out a way to work himself into form. “I really had no expectations coming in, so remember thinking I’d take it one match at a time,” said Mirnyi, reflecting on the 2003 ABN AMRO World Tennis Tournament.

For one glorious week, his serve and volley, attacking tennis, fluent movement and positive intent guaranteed the Belarusian one of his most memorable periods of his career as he came through a who’s who of ATP World Tour stars for the Rotterdam title.

“The memories are so fresh, as it was the only singles title I could win,” said Mirnyi. “Fifteen years later, it is so vivid and I’m incredibly proud of it. It’s definitely one of the better tournaments on the circuit and being indoors and where it’s played, makes it an historic arena. It’s great to be part of the group that has won in Rotterdam.”

Before Mirnyi in February 2003, stood two future Top 10 stars in Mario Ancic and Ivan Ljubicic, a former World No. 1 in Yevgeny Kafelnikov and a future global leader of the sport, Roger Federer, who was then ranked No. 5 in the ATP Rankings.

“I believe I played Mario Ancic in the first round, which was a tough match [6-7(5), 7-6(5), 6-4], then I had another big Croatian server in the second round, in Ivan Ljubicic,” recalls Mirnyi. “That match got cut short, as he got hurt [at 2-4 in the first set], but it helped me, as afterwards I felt like I was able to spread my wings a bit. I had a bit of a breather and got comfortable playing on the courts.

“Playing against Kafelnikov was like looking up to an older brother, as we’d once shared a house together at Wimbledon. I tried to soak in and learn as much as possible from him, a champion, his daily routines. So playing against him was trickier than playing Roger [in the semi-finals], because I had that connection. It was a tough match [7-6(5), 7-6(4)] and a nervous experience. I definitely wanted to beat him, but I had so much respect for him.” 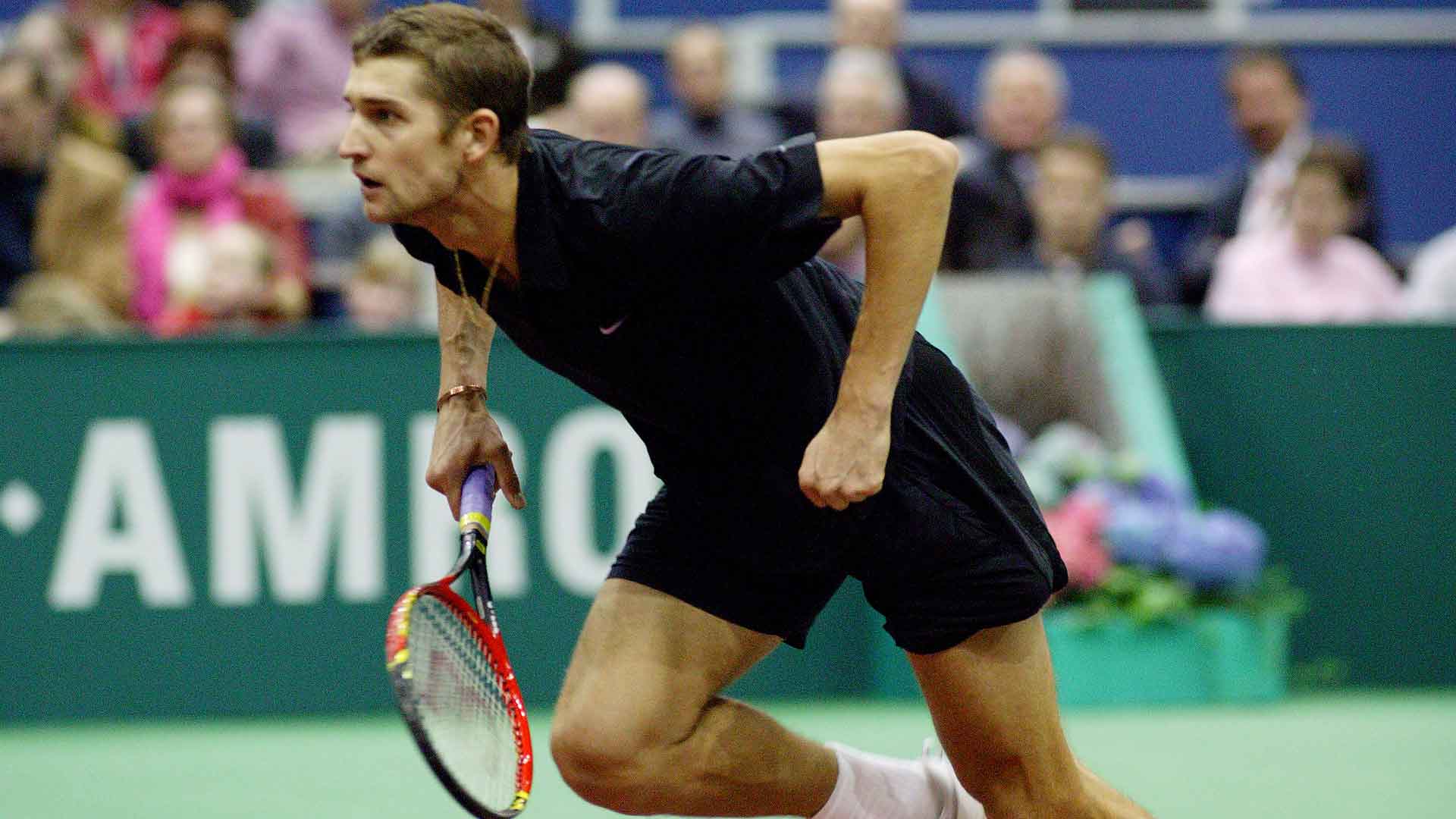 Then came Federer, Mirnyi's doubles partner in Rotterdam. Not the player who this week seeks to overtake Rafael Nadal and return to No. 1 in the ATP Rankings for a record-extending 303rd week, but a 21-year-old Swiss with a burgeoning reputation and three ATP World Tour crowns to his name.

Mirnyi, speaking with a wealth of experience, following encounters against Pete Sampras and Andre Agassi, through to the current day goliaths, remembers, “Roger wasn’t the player he is now, but he was on the way up and I could feel there was something special about his game.

“These days everyone seems to move the ball around the court with so much ease, but back then Roger stood out by using different spins. I felt guys I’d played up to at that point, the ball was coming at me the same, but with Roger I always started seeing different trajectories of the ball. I wasn’t sure why. Soon after we found out what was up his sleeve. I maybe was a little fortunate, coming in and serving and volleying, taking it to him to win [5-7, 6-3, 6-4].”

The atmosphere for the final was fun, the Dutch fans educated and well versed, but their hearts were with Raemon Sluiter, who was hoping to follow in the footsteps of Tom Okker (1974) and Richard Krajicek (1995, 1997) - the current Tournament Director (since 2004) - as a homegrown champion in Rotterdam.

“Going into the final, playing Sluiter was no easy task, but game wise I knew I could match up well again him. He’d played and beaten me in Challenger matches in the past, but that day I felt the matches that got me to the final, would get me over my hump. He was an offensive player, a tough opponent taking the ball early as I came forward. But I used a lot of body serves and got him moving up the court in order to try to pass me.”

Mirnyi held his nerve to beat Sluiter 7-6(3), 6-4 and was thrilled to win the Rotterdam title. “It was phenomenal.”

Later that day, after a brief rest, Mirnyi returned to the Centre Court and almost made it a double celebration, when he partnered Federer in the doubles final. They lost 7-6(4), 6-2 to Wayne Arthurs and Paul Hanley, but Mirnyi fondly remembers, “It was fun and I treasure that moment today. As Roger and I also played in the doubles that week, his coach at the time, Peter Lundgren, was looking after and helping us both in practice. That weekend, Belarus ice hockey team beat the iconic Swiss, so there was a lot to cheer.”

Four months later, on 9 June 2003, Mirnyi became No. 1 in the ATP Doubles Rankings. For years, the silver Rotterdam trophy took pride of place in his Belarus home, but, gathering dust, he recently took the decision, with his father, Nikolai, to move it – and his 50 doubles crowns, including six Grand Slam doubles titles – to the Max Mirnyi Sports Centre in Minsk and inspire the next generation from Belarus.

One day, Mirnyi will dig out old video tapes, and latterly CDs or USB sticks of his singles matches, and reflect on his career and former glories, but for now the 40-year-old is still out there between the lines.