ATP Staff
This article contains:
Auger-Aliassime will face Coric next

The 18-year-old had never reached the fourth round of an ATP Masters 1000 tournament before this event, but he is the first qualifier to make the last eight in Miami since Guillermo Canas in 2007. Auger-Aliassime is also projected to crack the Top 50 of the ATP Rankings next Monday, becoming the first player born in the 2000s to do so.

"It was about finding ways. I think in the tie-break, I was able to be a bit more solid and pressure him a little bit more, and it really made a difference," said Auger-Aliassime, who will next face 11th seed Borna Coric. "After, I felt like I had an edge over him in the second set, being up a break twice and being able to secure my serve at the end. So it was more my way then."

This time last year, Auger-Aliassime lost in the first round of qualifying in Miami, and he was the No. 182 player in the ATP Rankings. He now holds a 13-6 tour-level record in 2019. Before the year, he was just 6-10.

Auger-Aliassime shanked a forehand well out while facing two break points at 5-5 to give Basilashvili the opportunity to serve out the first set. But the teenager showed the maturity of a veteran, battling into a tie-break and winning it to take the lead.

The World No. 57 broke early in the second set, but nerves could have set in again when Basilashvili broke back for 3-3. The Canadian immediately responded with another break, though, and with a wild Basilashvili forehand the teen advanced after one hour and 36 minutes.

Both competitors played aggressively throughout the match, knocking the fuzz off the balls in power-filled rallies. But Basilashvili made the more untimely errors of the two, including two unforced errors from 30/30 at 4-5 in the second set as Auger-Aliassime served out the match.

The tennis world's eyes have been on the 18-year-old for years now as he became the youngest player to win an ATP Challenger Tour main draw match when he was 14.

"I have been dealing with this for the past couple of years, so I think in a way that's why I am able now to have these kind of results, because this extra pressure, this attention that I gave maybe last year or the year before to the outcomes, to the media, that's a bit behind me now where I'm able really to stay in the present and really focus on what I have to do in the court, finding ways to win," Auger-Aliassime said. "That just keeps me going and just keeps me happy." 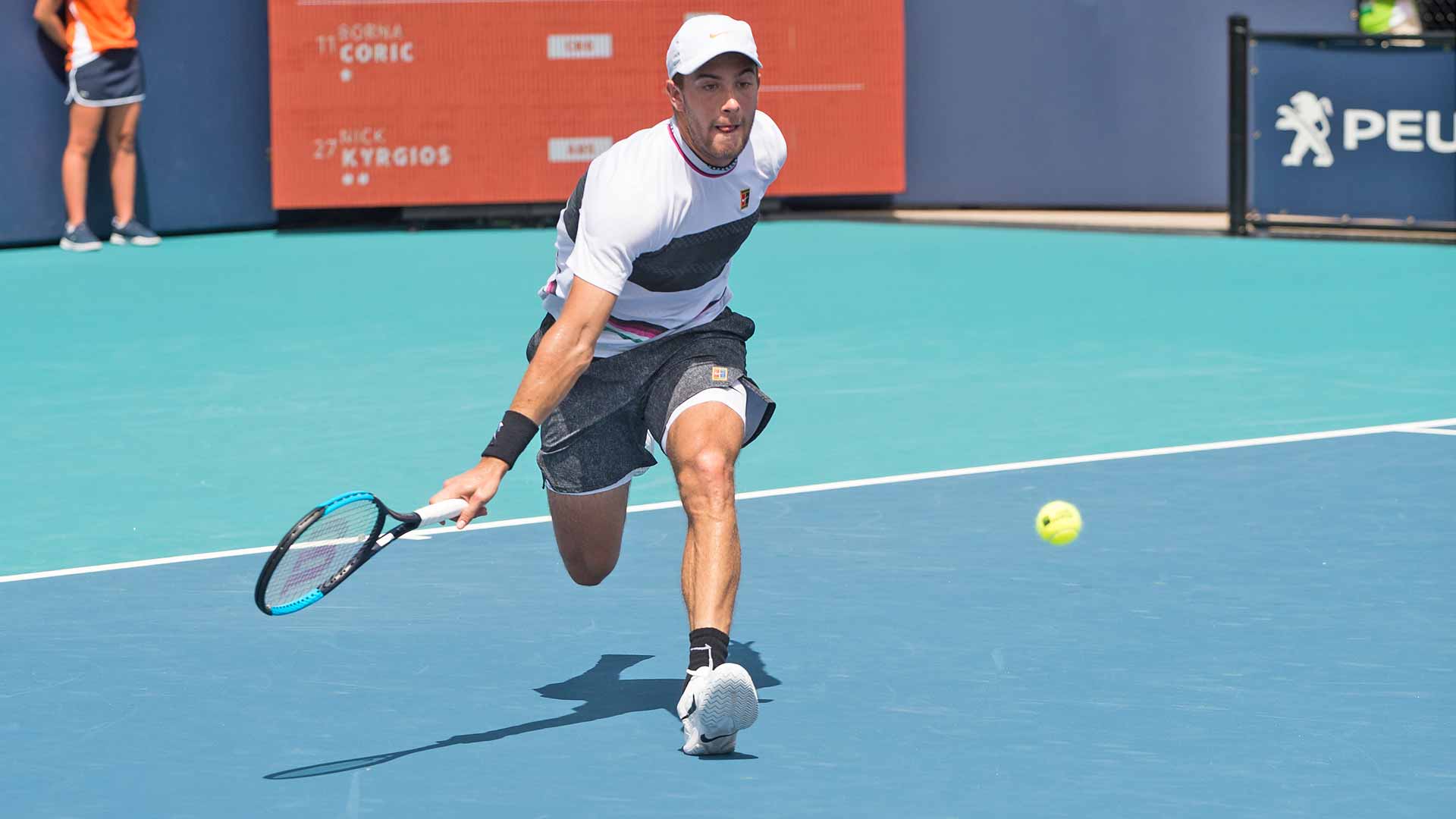 It is Coric's second consecutive trip to the Miami quarter-finals. The North American Masters 1000 events have treated Coric well over the past 13 months. The Croat advanced to the semi-finals in Indian Wells last year.

Coric withstood 18 Kyrgios aces under the Florida sun, upping his aggression from the baseline over the final two sets to move past the flashy Aussie and even their FedEx ATP Head2Head series at 2-2. Kyrgios hit some incredible hot shots in the three-set clash, including a crosscourt tweener winner in the first set and a 106 mph forehand return winner in the decider, but Coric's solid play was too much.

Did You Know?
Auger-Aliassime is the youngest Miami quarter-finalist since former World No. 1 Andy Roddick (18) in 2001. In February, he became the youngest ATP 500 finalist in the history of the series when he made his first ATP Tour championship match in Rio de Janeiro (l. to Djere).