Third seed Felix Auger-Aliassime sweeps past Corentin Moutet at the Murray River Open on Saturday for a place in the final.

Felix Auger-Aliassime and Daniel Evans will both be looking to capture their first ATP Tour singles titles on Sunday when the pair meet for the first time in the Murray River Open final.

Third seed Auger-Aliassime didn’t let up in a 6-1, 6-2 victory over France’s Corentin Moutet in just 61 minutes. The Canadian broke serve four times, struck eight aces and won 25 of 27 first-service points to book a place in his seventh tour-level final (0-6).

“Everything went well from my side and I served well, a bit like last night,” said Auger-Aliassime, who hit 21 winners, in an on-court interview. “I’m playing well and feeling healthy. I am trying to finish the week strong. I need to keep doing the things I’m doing well. I need to serve well and be dominant tomorrow [against Evans].”

The 20-year-old saved one match point against Egor Gerasimov of Belarus in a 7-6(6) third-set victory in the third round and on Sunday will appear in his first title match since October 2020, when he lost to Alexander Zverev at the bett1HULKS Indoors in Cologne. 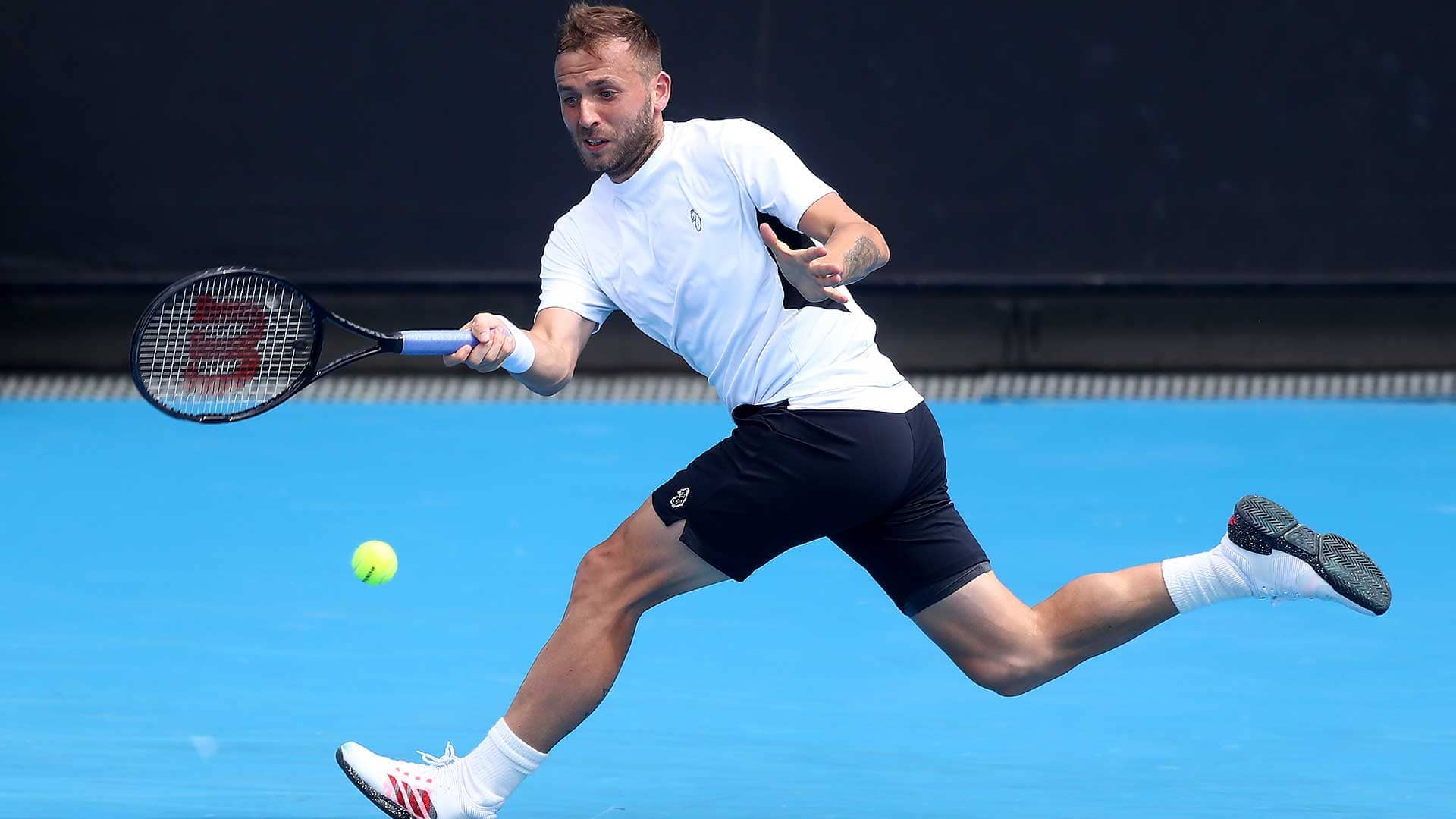 Eighth seed Evans cruised into his third ATP Tour final with a comfortable 6-2, 6-2 victory over Jeremy Chardy in just 60 minutes.

He showed no signs of fatigue against Chardy, following two match wins on Friday, racing out to 4-0 lead with a double break in the first set. Chardy struggled to read the Evans serve and couldn’t create a break opportunity in either set. The Brit won 100 per cent of his first-service points (21/21).

“I was serving very well. I was pretty clinical after my serve,” said 30-year-old Evans, who will play his first final since February 2019 at the Delray Beach Open by VITACOST.com. “I was a little bit tired after yesterday, so I’m happy with my concentration to come out and back it up after a good day.

“I didn’t miss many returns and I backed my serve well, so the pressure, a lot of the time, was on him. That’s what I’m most happy with, just getting the ball back into the court and putting a lot of pressure on him.”