Felix Auger-Aliassime is competing in his first clay-court event of the season this week at the Rolex Monte-Carlo Masters.

ATP Staff
This article contains:
#NextGenATP Canadian is competing in Monaco for the third time

Felix Auger-Aliassime made waves when he announced ahead of the Rolex Monte-Carlo Masters that Toni Nadal, Rafael Nadal’s uncle, recently joined his team. Now the #NextGenATP Canadian is ready to soak in all of the veteran coach’s lessons.

“First off it’s a big privilege,” Auger-Aliassime said. “It’s a big chance that I have to have him by my side, to be a coach, my mentor [and] to help me be a better player.”

Towards the end of last year, Auger-Aliassime wanted to find someone to fill a mentorship role, and the Canadian and his team approached Nadal to see if there would be a possibility of working together.

“We had the chance to train with him in December in his home, in Mallorca. It went well from the first days and after, we saw how it would be possible to continue to work together in the future. And we did,” Auger-Aliassime revealed. “I’m glad that we are where we are now today and he’s with me now in this first tournament together. So far it’s been good.”

What does the 20-year-old believe Nadal brings to his team? For starters, Uncle Toni has plenty of experience from working with his nephew.

“In terms of coaches, there are not many that have [had] a career like he did, really. It’s amazing to have him,” Auger-Aliassime said. “We had to see of course if we connected, if our values, if our personalities connected and they really did. I admire him as a person before anything else and I think we have really high mutual respect for each other and for everybody else also on my team: Frederic, my coach, my fitness coach and my physio.

“It’s really a blessing to have a person like this besides me.”

Frederic Fontang, Auger-Aliassime’s longtime coach, is not going anywhere with this move. The World No. 21 referred to Fontang as his “main coach”, while Nadal will join them at some big events.

“Toni has the part more of a consultant, mentor and I think that’s how we like to see it,” Auger-Aliassime said. “They’re working really well together, communicating well. We’re always in touch, even if Toni isn’t there. It’s good because it’s important that the two coaches are also getting along well.” 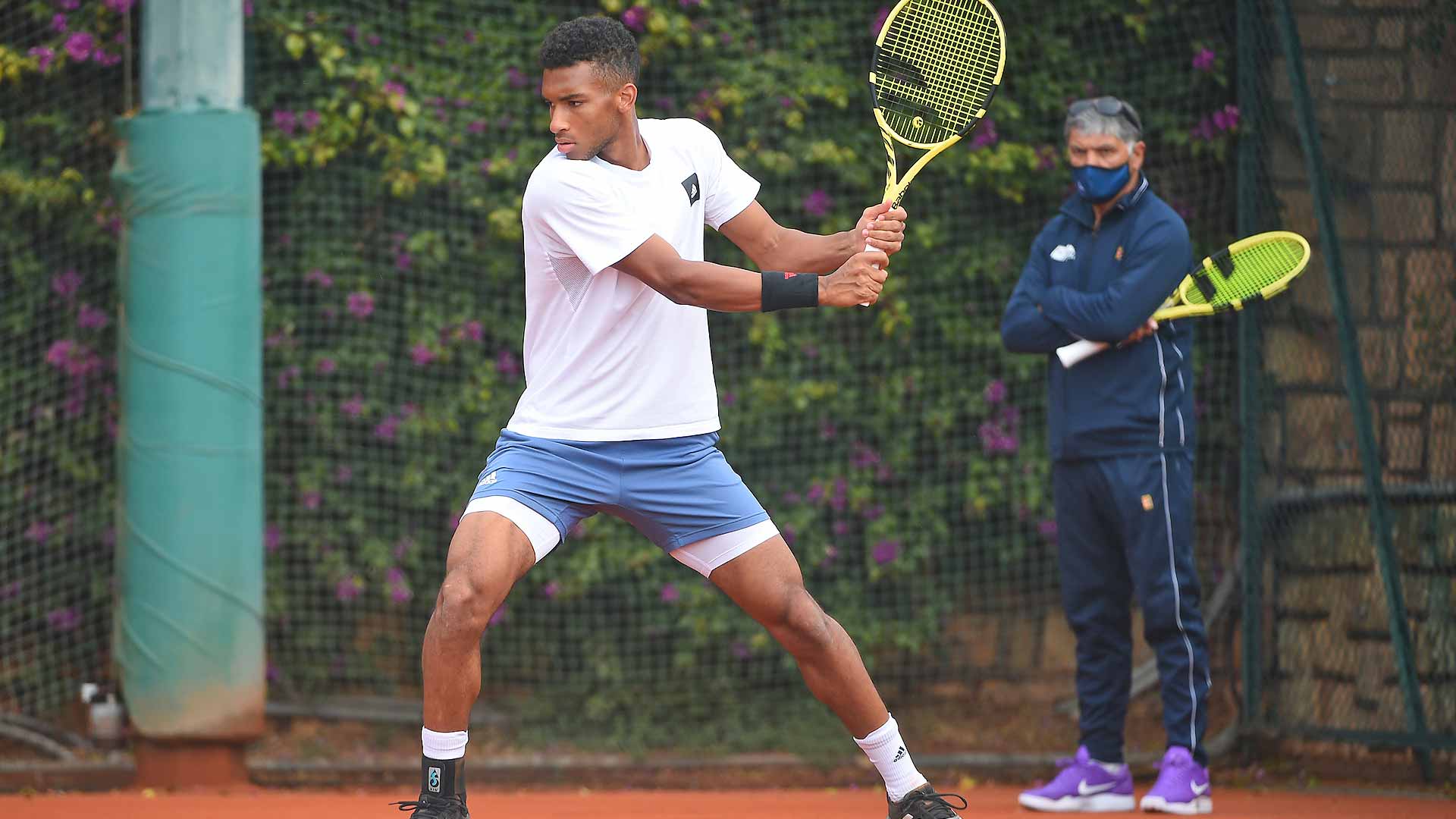 There isn’t just one part of his game that Auger-Aliassime is looking to improve on. The Canadian also understands that working with Nadal doesn’t mean he will suddenly turn into Rafa on clay.

“We’ll see if he can help me and if he can bring me advice and tools to be a better player on this surface. That would be great,” Auger-Aliassime said. “But it doesn’t come as a straight guarantee that having him in my corner will guarantee me victories on clay.”

The seven-time ATP Tour finalist is striving to be “as complete as I can be”, shoring up all areas of his game. Auger-Aliassime knows he has already cracked the Top 20 in the FedEx ATP Rankings, reaching a career-high of World No. 17, and believes there is plenty of room left to grow.

For now, he will focus on advancing as far as possible at the Rolex Monte-Carlo Masters. Auger-Aliassime took a 4-2 lead against Cristian Garin in their first-round clash on Monday before play was suspended until Tuesday due to rain.