Felix Auger-Aliassime is through to the US Open third round for the first time.

Andy Murray has three Grand Slam titles. Felix Auger-Aliassime had three Grand Slam match wins when he stepped on court for their second-round clash on Thursday at the US Open. But as the match unfolded, it became clear that past history had little bearing on the present.

The No. 15 seed produced one of his finest performances to defeat Murray 6-2, 6-3, 6-4. Auger-Aliassime cracked 24 aces and didn't face a break point, giving the 2012 champion little opportunity to get involved throughout their match in Arthur Ashe Stadium.

"Life is funny because I came here as a kid in 2011 and watched Andy play Feliciano Lopez in the third round," Auger-Aliassime said to ESPN's Brad Gilbert after the match. "It's crazy that nine years later, I'm playing him here and getting the win.

"In the back of your mind, you know you're facing Andy. You always think, 'I've got to get this lead. I've got to get this break.' You know how he can start playing well and coming back, and you never know what trick he has up his pocket. Even at the end, closing it out was not easy. You're facing a great champion and you know it's not an everyday second round." 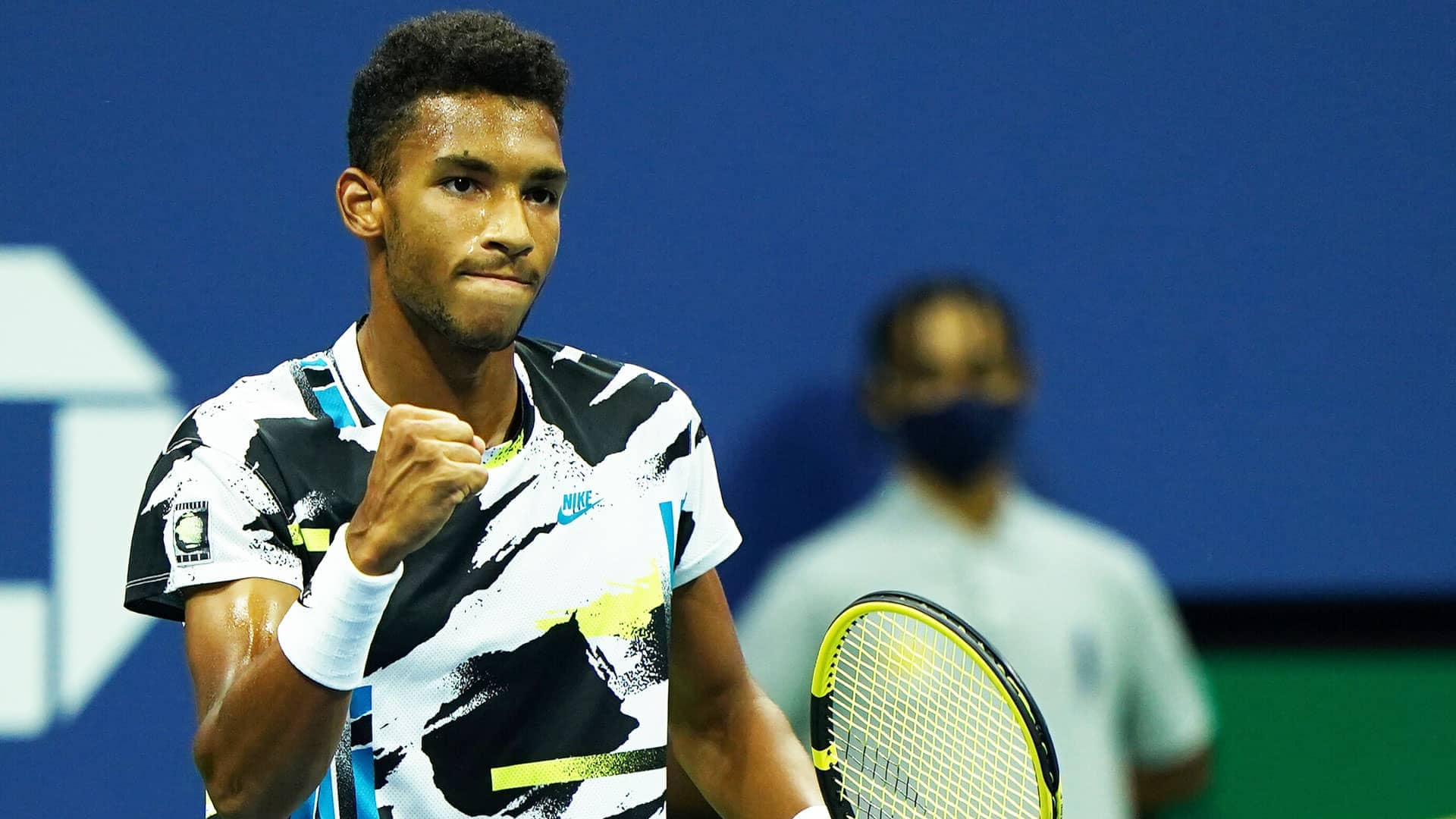 With five tour-level finals to his name, including two in ATP 500 events, Auger-Aliassime has established himself as one of the most talented young stars on Tour. But the Canadian has underperformed in Grand Slams, falling at the opening hurdle in three of his four previous appearances at major championships.

He’ll look to reach the second week at a Grand Slam for the first time when he meets the winner of No. 23 seed Daniel Evans and Corentin Moutet. Moutet led Evans 4-6, 6-3, 6-5 before rain took them off court for the night.

"I know Moutet really well. I played him for the first time when I was nine years old," Auger-Aliassime said. "I don't know Evans as well. We'll see who gets the win and who I play on Saturday."

You May Also Like: Thiem Celebrates 27th Birthday With Routine Win

Perhaps fatigued after his heroic efforts in saving a match point to defeat Yoshihito Nishioka in five sets on Tuesday, Murray’s groundstrokes and movement lacked the same velocity as they did 48 hours earlier. But even if the former World No. 1 were in full flight, beating Auger-Aliassime would have been a tall order.

The Canadian fired eight aces in the opening set, including three in a row to hold serve at 3-1, and dropped one first-serve point (13/14). When Murray managed to get Auger-Aliassime’s speedy serves back into play, the Canadian was ready to unload on crushing forehands.

He was equally imposing in return games and cracked several winners off the Brit’s second serve, including two in a row at 5-2 to grab the early advantage. He fired 18 winners in the first set, while Murray only managed one.

Although Murray’s fighting spirit never wavered and he found a way to hold serve more comfortably in the second set, the Brit remained on defence in baseline rallies as he tried to survive the onslaught of power coming from the Canadian’s racquet. Auger-Aliassime scored the lone break of the set at 4-3 and fired an ace in the next game for a commanding two-sets lead.

He continued his dominance in the third set, breaking once more at 2-2 before advancing in two hours and seven minutes. Murray only managed nine winners throughout the match and committed 20 unforced errors.