Australia's Alex De Minaur beats Ugo Humbert of France in a remarkable turnaround on Thursday night in Group B at the ATP Cup.A

Ugo Humbert was in control, but the Frenchman’s failure to convert a break point at 4-4 in the second set handed De Minaur the initiative en route to a 3-6, 7-6(2), 6-2 victory over two hours and 17 minutes on Ken Rosewall Arena. It followed on from France’s Arthur Rinderknech’s 6-4, 7-6(6) win over James Duckworth in the No. 2 singles match.

“This is home, this is where I grew up," De Minaur told former World No. 1 Jim Courier in an on-court interview. "It’s my home tennis centre. Just playing here is electric, the atmosphere is always amazing every time I step out on court. I just tried to stay in there as Ugo was playing some unbelievable tennis. I kept pushing myself and got the crowd going. It’s a special event.”

In the deciding doubles match, which lasted 87 minutes, Peers and Saville saved three match points, recovering from 6/9 in the Match Tie-break, to beat Fabrice Martin and Edouard Roger-Vasselin of France 6-2, 5-7, 11-9. "You have to try and roll the dice,” said Peers. “We played well in the first set, got a little unlucky in the second not to break and then they got the momentum. We snuck it at the end.” Saville added, “I wear my heart on my sleeve and I try to bring energy.”

Humbert gained the first break with a powerful forehand return winner for a 4-2 lead, and it was his greater weight of shot that helped him to the 37-minute first set.

The second set was drama-free until shortly prior to the tie-break, when De Minaur came up trumps with a big first serve at 4-4, 30/40. The Australian then held a set point on Humbert’s serve in the next game, but after a deep return, De Minaur overcooked a forehand. But it was De Minaur’s change of pace and shot angles that helped him to a decider.

By finishing a 36-stroke rally, with a forehand winner, to break Humbert's serve for 2-1 in the third set, De Minaur got on a roll and won 16 of the next 21 points. Humbert had previously beaten De Minaur in the 2020 Antwerp final. 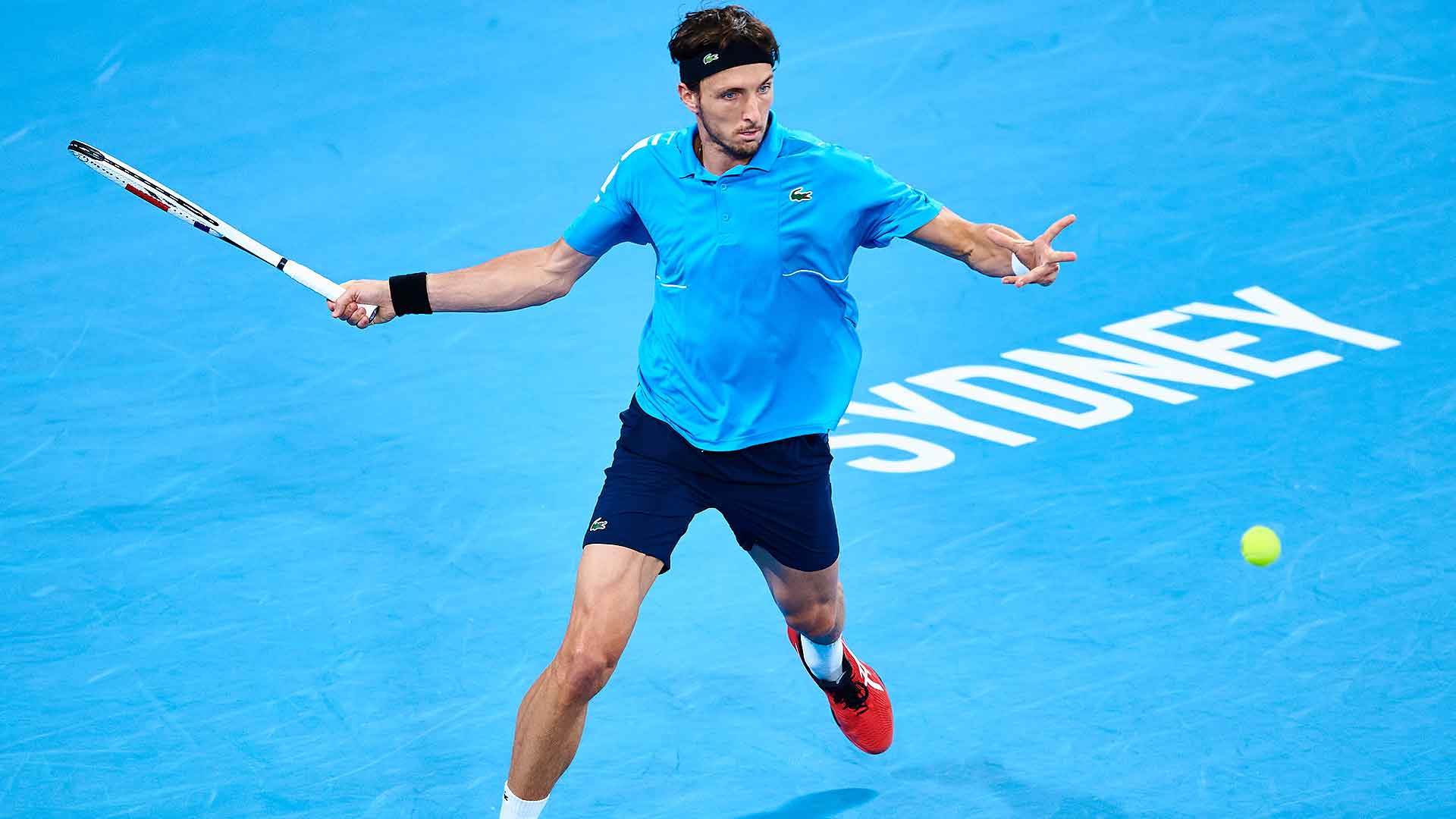 Rinderknech was delighted to have beaten Duckworth in one hour and 54 minutes in the first match of the tie. "It's always an honour to play for your country in such a great event," said Rinderknech, who hit 12 aces. "I am happy to have won today and I'd like thank the crowd, even though the majority were against me, for making it such a great atmosphere."

Rinderknech capitalised on a poor service game from Duckworth at 2-2 in the first set, with the Australian hitting a forehand into the net. Duckworth knuckled down, awaiting an opportunity, but Rinderknech’s serve proved the difference in the 36-minute opener, which ended with a forehand approach winner.

Duckworth began to warm to the task, but he could not convert six break points on Rinderknech’s serve when the Australian led 3-2 in the second set. In a closely fought tie-break, Rinderknech did just enough for his first ATP Cup singles win over one hour and 54 minutes. He had lost to Russia’s Roman Safiullin on Sunday and Jannik Sinner of Italy on Tuesday.