Millman and Tsitsipas seal singles wins in Group B tie

John Peers and Luke Saville came through a Match Tie-break to give Australia it’s first win at the 2021 ATP Cup on Wednesday.

The rookie team played aggressively when it mattered most to clinch a 6-3, 4-6, 10-5 victory over Greeks Michail Pervolarakis and Stefanos Tsitsipas in 87 minutes in the deciding doubles match.

John Millman got Australia off to a strong start with a 6-2, 6-3 win over Pervolarakis, before Tsitsipas saved two set points in the second set tie-break to overcome Alex de Minaur 6-3, 7-5 on Rod Laver Arena. The team had lost to Pablo Carreno Busta and Marcel Granollers of Spain on Tuesday.

Peers and Saville struck 16 winners in the 29-minute opener, breaking Pervolarakis’ serve on two occasions, but the match swung back in Greece’s favour in the first game of the second set when Peers hit two double faults. Peers recovered from 0/40, saving four break points, in a big hold at the start of the second set, but Tsitsipas delivered with groundstroke winners for a Match tie-break.

Afterwards, Saville said, “It was a massive privilege and honour to put on the green and gold. It’s my first time since under 16s, we brought a lot of energy and I’ve been working very hard over the past few months.”

Peers said, “Every time you play for the green and gold, and play with your mates, it’s a lot of fun.” 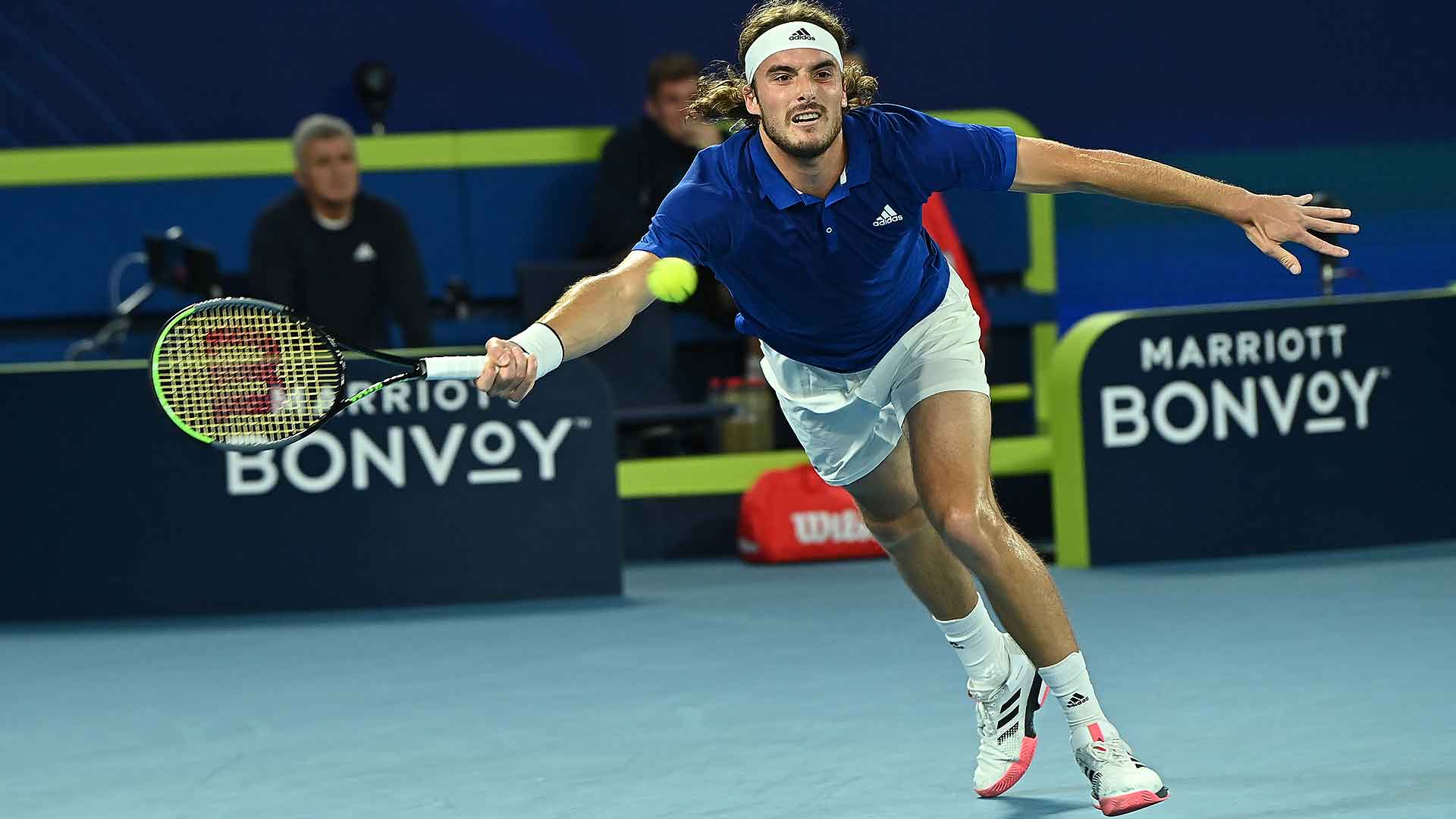 Tsitsipas continually kept Alex de Minaur on the move in his fourth straight tour-level win over the Australian to keep the crowd on the edge of their seats on Rod Laver Arena. World No. 6 Tsitsipas saved two set points in the second set of a 6-3, 7-5 victory to level the tie at one apiece.

"The win counts very much, and I think it was a great start for me playing ATP Cup," said Tsitsipas. "I managed to stay calm and resilient when I had to and took my chances at the very end of the second set, which was very important."

Tsitsipas got off to the best possible start by opening up a 3-0 lead, before De Minaur started his comeback that was halted at 2-3 when the 21-year-old struck a backhand wide down break point.

Tsitsipas’ greater weight of stroke meant De Minaur worked overtime, scrambling from the baseline, in the second set. De Minaur saved one break point at 4-4, 30/40 with his own aggressive play, then, out of the blue — after Tsitsipas led 30/0 in the next game — held two set points. The Australian couldn’t convert either and Tsitsipas went on to hold.

The pressure continued to mount at 5-5, with De Minaur getting frustrated by his lack of forehand potency. Consecutive errors handed Tsitsipas the break, which he confirmed with an ace to complete victory in one hour and 35 minutes.

"It was a close match," said De Minaur. "I had my opportunities. It was there to be taken. I didn't feel like I played those points well. I'm happy with my level. Now it's just about tweaking a couple of things going forward and hopefully being ready for the Australian Open. It was amazing to play in front of the home crowd, which is something I've definitely missed for a year now." 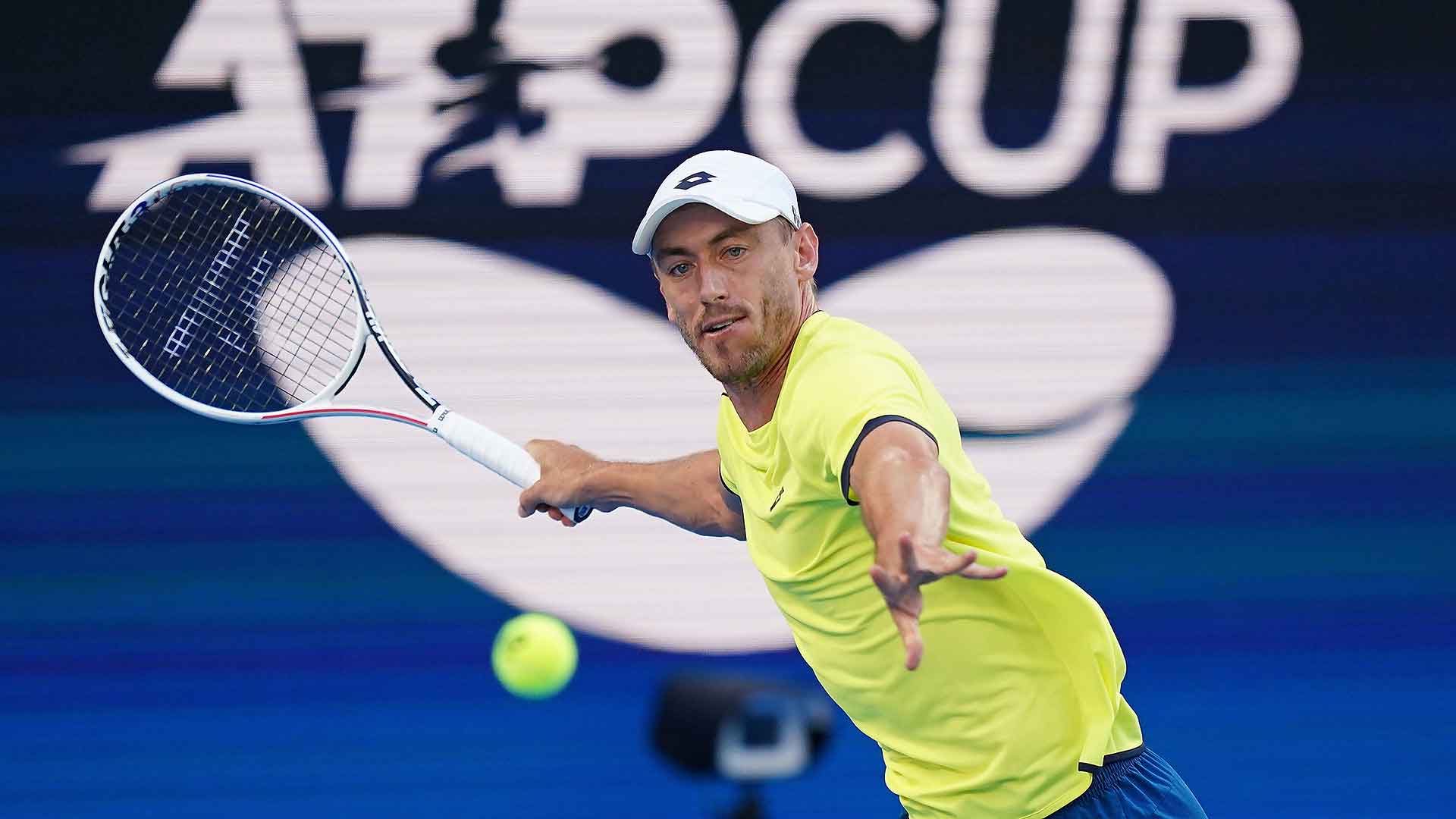 In the first singles match, World No. 38 Millman beat Pervolarakis for the second consecutive at the ATP Cup, winning 6-2, 6-3 in 81 minutes.

“I was expecting a really tough match, and it wasn't smooth sailing,” said Millman, who beat Pervolarakis 7-6(1) in a deciding set tie-break last year. “Last year… he really took it to me, so I thought I was probably a little bit more prepared this time around and just happy to get a bit of court time.

“It's my favourite thing putting on the green and gold and playing for your country. I love team competition. [It] probably started off as a kid when I was playing school tennis and now I get to represent my country. It's really special, not just to be around the boys and the team set-up, but to really be able to identify with the rest of the Australians cheering you on. It's a really special and humbling experience.”

Millman, who lost to Spain’s Pablo Carreno Busta on Tuesday, broke serve twice in the 37-minute opener, which ended with Pervolarakis overhitting a forehand. The Australian broke for a 3-1 lead in the second set when Pervolarakis, who was particularly strong at the net throughout, struck a forehand approach wide.

New balls initially threw Millman when he first served for the match at 5-3 in the second set. The 31-year-old was forced to recover from 15/40, hitting an ace and a forehand down the line to get to Deuce. Millman closed out when Pervolarakis hit a forehand return long.