Nicolas Mahut led his nation to its first Group C victory on Friday, as he claimed wins in singles and doubles against Austria at the ATP Cup.

Following his 7-6(2), 6-2 win against Dennis Novak in No. 2 singles, Mahut returned to the court with Edouard Roger-Vasselin to earn a 6-3, 6-3 win against Philipp Oswald and Tristan-Samuel Weissborn. Mahut and Roger-Vasselin’s straight-sets win clinched second place for France in Group C. France lost its opening tie of the team event 2-1 to group winners Italy on Wednesday.

Mahut and Roger-Vasselin found consistent success behind their returns to place their opponents under pressure on Rod Laver Arena. The Frenchmen won 58 per cent of their first-serve return points (18/31) and converted six of their seven break points to earn the win in 73 minutes.

In the first match of the tie, Mahut struck 12 aces and saved three of four break points to defeat Novak in 88 minutes. Mahut was contesting his first singles match in a year. Prior to his win against Novak, the 31-time tour-level doubles titlist had not contested a singles match since failing to qualify for last February’s Open Sud de France in Montpellier. 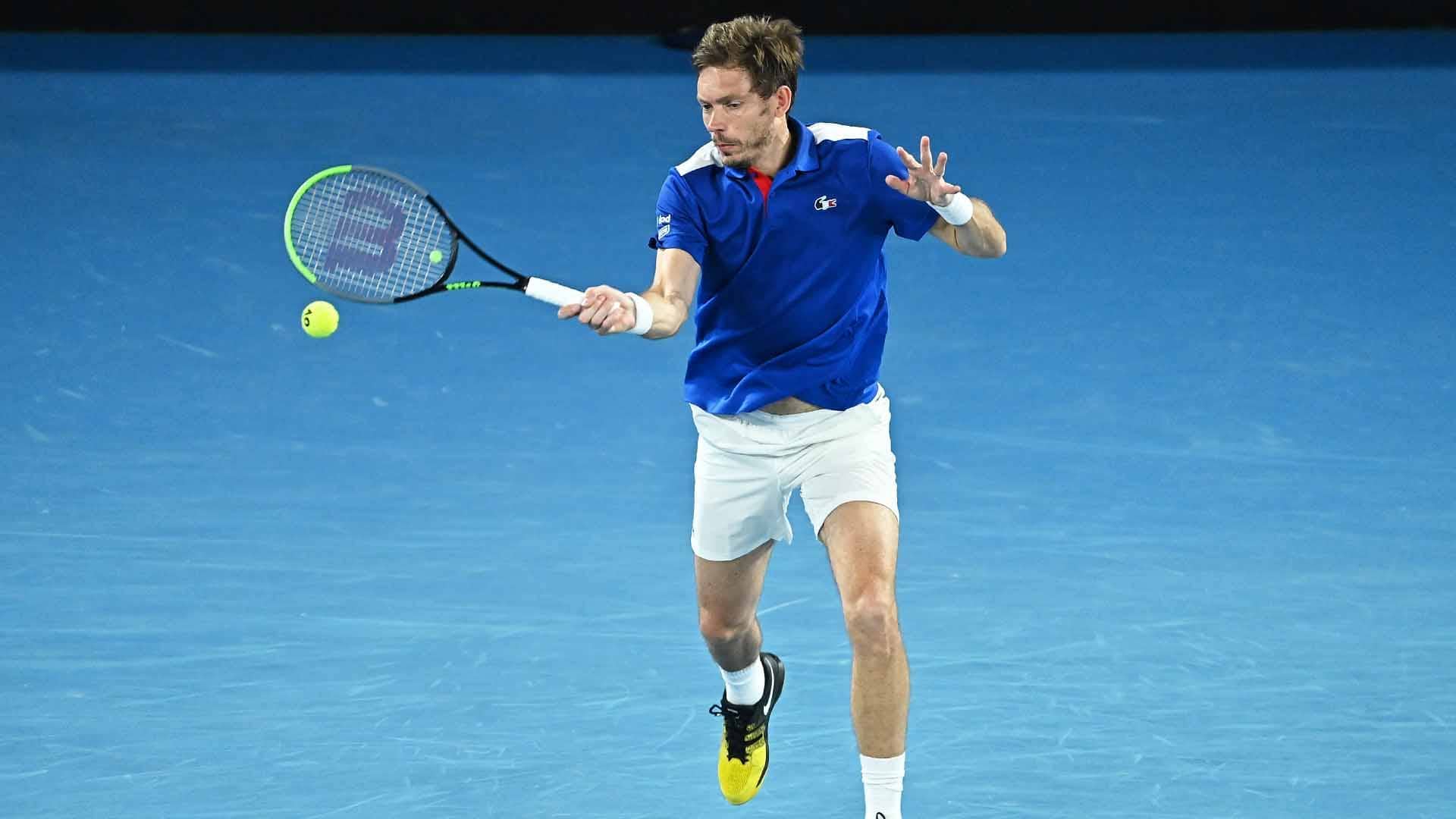 Mahut owns a 3-0 record at this year’s ATP Cup. The 6’3” right-hander earned France its first point of the competition on Wednesday, with another doubles victory alongside Edouard Roger-Vasselin. The seven-time ATP Tour team titlists defeated Simone Bolelli and Andrea Vavassori of Italy 6-3, 6-4.

The tie was forced to a decisive doubles clash when Austria claimed victory in the No. 1 singles match. After 22 minutes, World No. 3 Dominic Thiem was leading Benoit Paire 6-1 when the Frenchman retired from the match.