Two weeks ago, it was Juan Manuel Cerundolo claiming his maiden ATP Challenger Tour crown. On Saturday, another #NextGenATP Argentine made a major statement with a title of his own.

Buenos Aires native Sebastian Baez will join Cerundolo in the Top 200 of the FedEx ATP Rankings after lifting the trophy in the Croatian capital of Zagreb. The duo are leading the South American charge in their quest to qualify for the Next Gen ATP Finals as well, with Baez moving to seventh in the ATP Race To Milan.

Baez, a qualifier, rallied from a set down to defeat Juan Pablo Varillas 3-6, 6-3, 6-1 in the championship clash at the Zagreb Open. It marked his third comeback victory of the week, after also dropping the opening set against former World No. 23 Damir Dzumhur and second seed Pedro Martinez.

"It was an amazing week," said Baez. "The truth is that it's something incredible to start in qualifying and to be able to lift the trophy. Thanks to my coach Sebastian for preparing me on court. It was just a good tournament with really good matches for me." 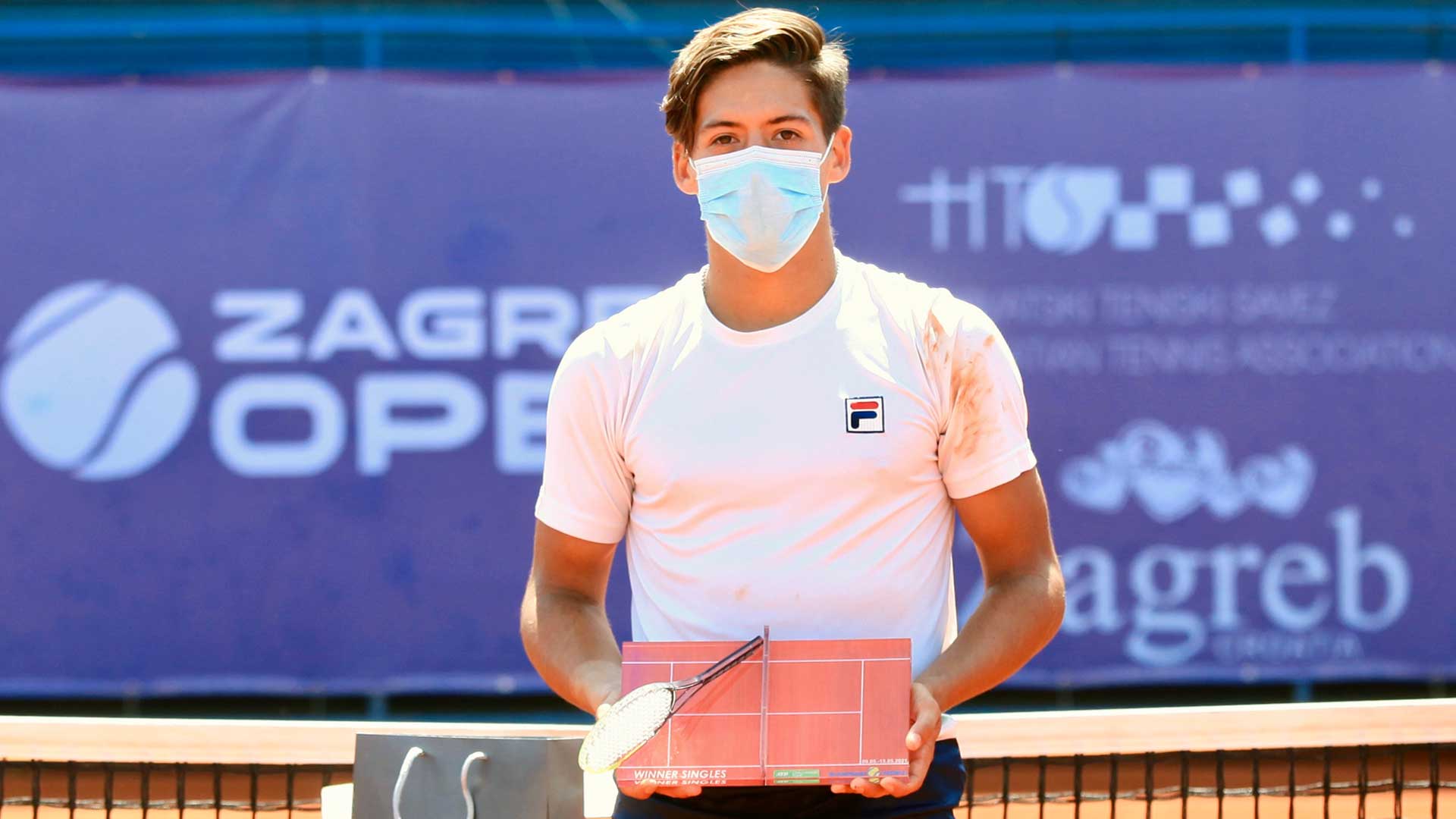 A dogged defender with the agility to stop his opponents from all corners of the court, the 20-year-old is earning serious attention on the ATP Challenger Tour in 2021. Not only does he own a tour-leading 94.1 win percentage (16-1 record), but his three trophies move him atop the titles leaderboard alongside Jenson Brooksby.

Standing at 5'7", where Baez lacks in height, he more than makes up with unyielding aggression and determination. Just like his 5'7" countryman Diego Schwartzman.

With his victory on Saturday, Baez etched his name in the ATP Challenger history books for his native Argentina. At 20 years and four months, he joins Juan Martin del Potro, Guillermo Coria, Guillermo Canas and Gaston Gaudio as the only Argentines to win three Challenger titles before their 21st birthday. In addition, he became the youngest player from his country to win three titles in a single season since an 18-year-old Coria in 2000.

Baez, who opened the season outside the Top 300 of the FedEx ATP Rankings, has surged to a projected career-high of No. 183. A pair of titles on Chilean soil - in Concepcion and Santiago - gave him a perfect 10-0 start to 2021, before taking his talents to Europe and triumphing on the clay of Zagreb. He would prevail at the Zagreb Open as a qualifier, winning seven matches in seven days, including his first career victory over a Top 100 opponent (Martinez).

A former Roland Garros junior finalist in 2018, Baez has his sights set on qualifying for his first Grand Slam in Paris in one week.