Roberto Bautista Agut saves all three break points he faces in the third set to beat Tomas Berdych in the Doha final.

ATP Staff
This article contains:
Spaniard upset World No. 1 Djokovic in the semis

Roberto Bautista Agut closed out one of the best weeks of his career in style, defeating former World No. 4 Tomas Berdych 6-4, 3-6, 6-3 to win the Qatar ExxonMobil Open, his ninth ATP Tour title.

The victory comes just one day after upsetting World No. 1 Novak Djokovic, who had won 29 of his previous 31 matches heading into their semi-final clash. Bautista Agut has now captured glory in January in four consecutive seasons after becoming the third Spaniard to win the title in Doha, joining Rafael Nadal (2014) and David Ferrer (2015). His triumph against Berdych also gives him 250 tour-level match wins.

"It was a great start to the season," Bautista Agut said, before looking ahead to the rest of the season. "I wish to feel good physically, mentally, like I am now, like I felt this week. And if this happens, I think I can get better in the [ATP] Rankings, and why not be closer to the Top 10?" 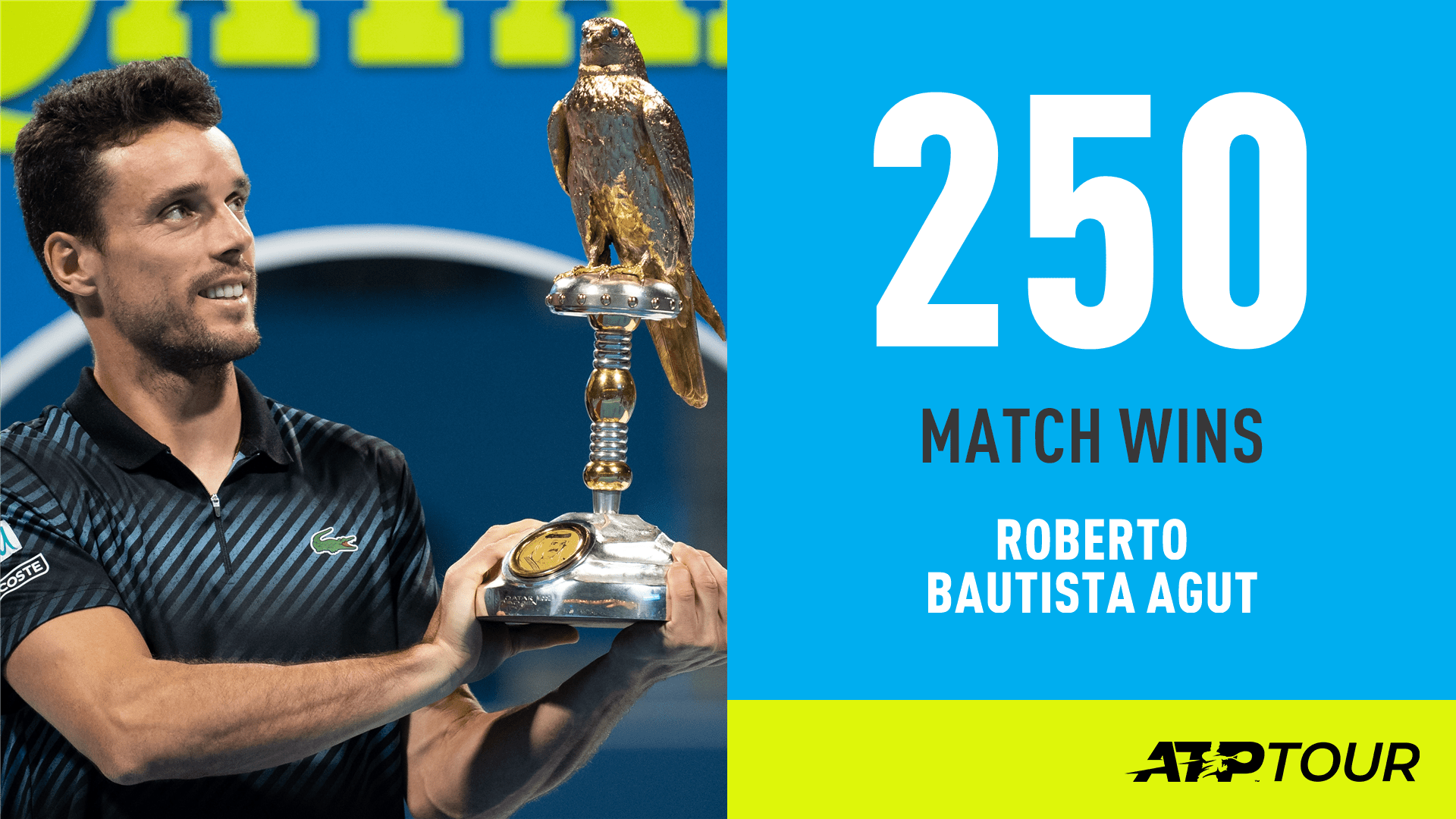 It was by no means easy against Berdych, though, and it appeared that Bautista Agut’s path to victory was going to get complicated deep in the third set. The seventh seed gained a 4-1 advantage, and then held three consecutive break points to take a double-break lead. But Bautista Agut made surprising mistakes with an open court to allow Berdych to stay in the match.

After hanging onto his serve for 2-4, Berdych loosened up and played aggressively, especially with his forehand, to earn two break points of his own to get back on serve. But on the second of those opportunities, Berdych missed a sitting forehand approach shot, and that would be his last opportunity. Bautista Agut served out the match to love, striking a final forehand winner after one hour and 55 minutes, looking towards his camp and letting out a roar of ‘Vamos’!

"It was overall a very good match and I think the biggest difference was one game in the third set where I lost badly my serve where I hit two double faults in one game," Berdych said. "In such a tight match, [that] just made the big difference and that's why I think Roberto won today, because he was playing well overall and he had a great week."

Last year, Bautista Agut won two titles — including the biggest victory of his career at the ATP 500 event in Dubai — to return to his career-high in the ATP Rankings of No. 13. But various injuries throughout the year saw the Spaniard miss three ATP Masters 1000 events and Wimbledon.

That is all in the past now, as Bautista Agut is in superb form. This week, the Spaniard beat three players who have reached the Top 5 of the ATP Rankings, also defeating former World No. 3 Stan Wawrinka in the quarter-finals. Bautista Agut's run nets him 250 ATP Ranking points and $219,755.

"It's always a very tough draw, very tough tournament with a lot of good players in the draw. And when I started the week, I was feeling good with the ball," Bautista Agut said. "I was enjoying practising. I was playing match by match. And since the first moment of the tournament until the last point, I felt really good on the court."

Despite the loss, it was an impressive week for Berdych, whose last event prior to arriving in Doha came at the Fever-Tree Championships last June, as the Czech missed time due to a back injury. Berdych, who was seeking his first title since Shenzhen in 2016, gains 150 points and earns $118,320 in prize money.

Did You Know?
Before this match, Berdych led Bautista Agut 4-2 in their FedEx ATP Head2Head series, and had won three consecutive matches against the Spaniard. All three of Bautista Agut's victories against the Czech have come in three sets.