Daniil Medvedev defeated David Goffin at this year's Australian Open in straight sets. And it appeared the Russian would beat the 2017 Nitto ATP Finals runner-up again on Friday at The Championships when he took a 4-1 lead over the Belgian in the fifth set of their third-round battle.

“But you never know with a player like Daniil, who sometimes is aggressive in just a few points, and then he serves, and then few aces, could be 4-1 like in the fifth. But I felt like I had the game and the shots to come back. Physically I was feeling great, as well.”

Even though Goffin won 20 more points than the No. 11 seed in the match, it easily could have gone either way in the decider. After the Belgian stormed back and broke to serve for the match at 6-5, Medvedev earned a break point to get back on serve.

However, defending a second serve during a long rally, Goffin hit a netcord that the World No. 13 could not pick up. After rifling a backhand to earn match point, Goffin finished off his thrilling triumph with a backhand winner down the line.

“I had the energy to fight, to come back, and I think that that was the key,” Goffin said. “It was tough to finish, but such a nice battle, and I'm really proud of the way I fought today.”

Medvedev will still crack the Top 10 of the ATP Rankings for the first time after the tournament if no player ranked below him that is still alive advances to the final. The 23-year-old was trying to make the fourth round at SW19 for the first time.

“It's the fourth round, so we will be both really excited and really focused on what we have to do,” Goffin said. “It's a completely different match, different opponent, a lefty. He can play really well on the grass.”

Entering the season, Roberto Bautista Agut had never made a major quarter-final. But now, the No. 23 seed will have a chance to reach his second of the year after upsetting No. 10 seed Karen Khachanov 6-3, 7-6(3), 6-1 in the third round.

Bautista Agut has proven a tough customer for World No. 9 Khachanov at the Grand Slams this year, having now defeated him in straight sets in Melbourne and London. The 31-year-old, a nine-time ATP Tour champion, proved too solid for the rising Russian, making only 11 unforced errors in the match, while also striking 28 winners. Khachanov hit the same number of winners, but made 14 more unforced errors in their one-hour, 53-minute clash.

You May Also Like: Pella Beats Anderson, Now For Raonic At Wimbledon 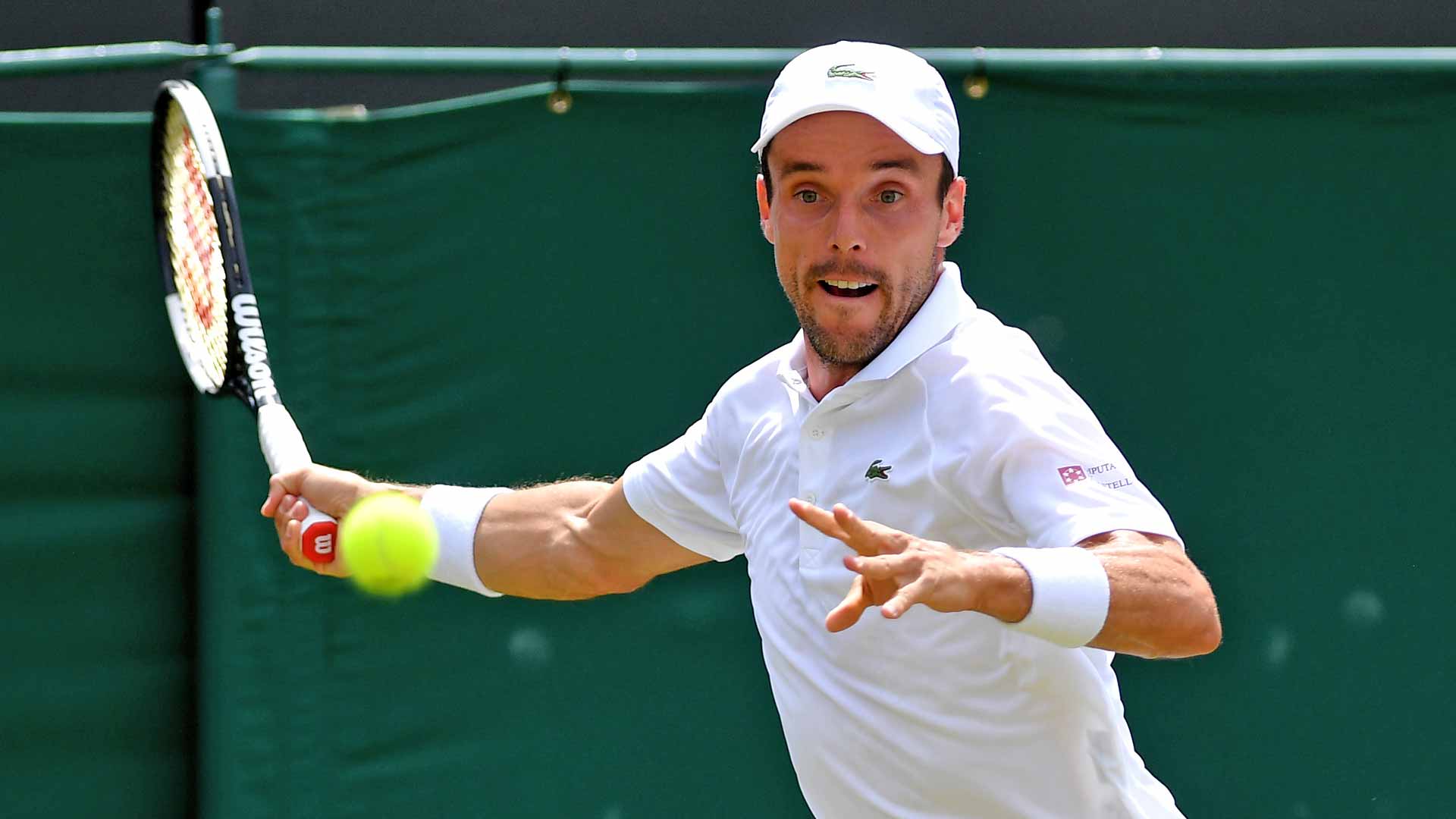 The 30-year-old Paire, who advanced to the fourth round of a Grand Slam championship for the fourth time (also at 2017 Wimbledon), has lifted two ATP Tour trophies in 2019 at the Grand Prix Hassan II (d. Andujar) and at the Open Parc Auvergne-Rhone-Alpes Lyon (d. Auger-Aliassime).

Bautista Agut has won all six of the pair's previous FedEx ATP Head2Head meetings, with only two of those matches going past straight sets. One of those two battles came at The Championships in 2015, when Bautista Agut overcame a two-set deficit against the Frenchman to advance after two hours and 37 minutes.

There will be a lot at stake for both men, as they have combined to reach one Grand Slam quarter-final in 60 previous appearances. Paire is into the fourth round of a major for the fourth time.