RBA Brings 'A' Game Under Pressure In Gstaad

There is only one ATP World Tour titlist remaining at the J. Safra Sarasin Swiss Open Gstaad, putting Spaniard Roberto Bautista Agut in good position to capture his third tour-level trophy of 2018.

The second seed overcame reigning TEB BNP Paribas Istanbul Open champion Taro Daniel 7-5, 6-1 in one hour, 28 minutes on Friday to reach his fourth semi-final of the year. Bautista Agut earned the biggest victory of his career in March at the Dubai Duty Free Tennis Championships — his maiden ATP World Tour 500-level triumph — and also was the last man standing in January at the ASB Classic.

Bautista Agut did well under pressure, saving all eight break points he faced, with all of them coming in the first set. Once the 30-year-old broke through to gain the advantage against Daniel, there was no looking back. Bautista Agut dropped just one service point (16/17) in the second set en route to his victory.

The Spanish veteran will next face Laslo Djere, who overcame a 1/5 deficit in the deciding set tie-break to scrape past Croatian lucky loser Viktor Galovic 6-7(5), 6-3, 7-6(5) in two hours and 41 minutes. The 23-year-old Serbian, No. 101 in the ATP Rankings, is now through to his third tour-level semi-final.

It will be the first FedEx ATP Head2Head meeting between the pair. Bautista Agut has won 18 of his past 20 matches against players ranked outside the Top 100, with his most recent loss coming against #NextGenATP American Michael Mmoh in Miami earlier this year. 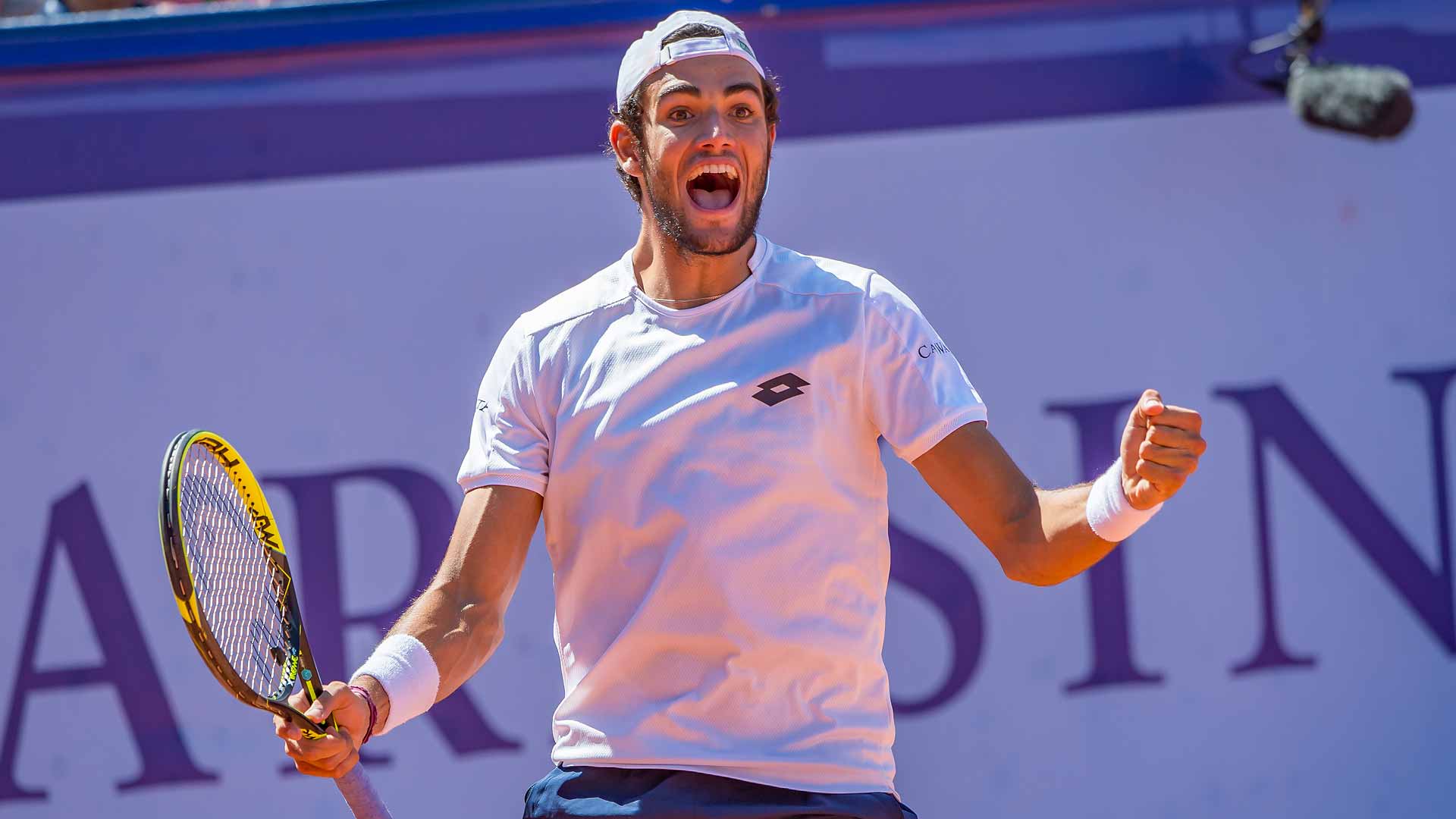 Italian Matteo Berrettini advanced to his first ATP World Tour semi-final on Friday with an upset win over eighth seed Feliciano Lopez of Spain 6-4, 6-3 in 64 minutes. The World No. 84 won 30 of his 32 first-service points against the 2016 champion (d. Haase).

“It is an unbelievable feeling,” said Berrettini. “I played a great match and served really well, with breaks of serve early in each set. I was really focused as I knew just how experienced he is.”

He will next face Estonian Jurgen Zopp, who saved nine of 10 break points to beat fellow qualifier Facundo Bagnis of Argentina 3-6, 6-4, 6-3 in one hour and 56 minutes. Six years ago, Zopp reached his only previous tour-level quarter-final at the 2012 SkiStar Swedish Open (l. to Hajek).

Italians Advance To Doubles Final
Berrettini returned to the court later in the day to team up with fellow Italian Daniele Bracciali. The pair knocked out top-seeded Dutchmen Robin Haase and Matwe Middelkoop 7-6(3), 6-7(5), 10-7 in one hour and 43 minutes for a place in their first ATP World Tour team final. They await Saturday's winners of Denys Molchanov and Igor Zelenay versus Santiago Gonzalez and Joao Sousa.

Did You Know?
Bautista Agut cracked the Top 30 of the ATP Rankings on 12 May 2014. He has not dropped from that group since, and can climb to as high as World No. 14 on Monday with a title, depending on Nick Kyrgios' results in Atlanta.