Jamie Murray and Joe Salisbury were positioned to clinch Great Britain's first tie of the ATP Cup against Bulgaria, but they let slip two match points. On Sunday evening, they missed out on two match points again. But this time, the third chance was the charm.

Murray and Salisbury defeated Sander Gille and Joran Vliegen 6-3, 7-6(7) in one hour and 32 minutes to seal Great Britain's 2-1 win against Belgium.

Great Britain appeared in trouble in the tie when World No. 157 and Belgian captain Steve Darcis upset Cameron Norrie in the first singles match of the night. But a splendid effort from Daniel Evans and a bounce-back effort from Murray and Salisbury spurred them to victory.

"Evo played an amazing match today. Me, personally, I don't know how Joe felt, but I was, like, 'I cannot let that slide.' We had another chance at it to win a tie, and we can't let it go again," Murray said. "We've got to win that match and make his performance count for something."

Darcis beat World No. 53 Norrie 6-2, 6-4 to give Belgium the advantage. The veteran needed more than three hours to get through his first ATP Cup match on Friday. But he needed only one hour and 12 minutes to beat Norrie. 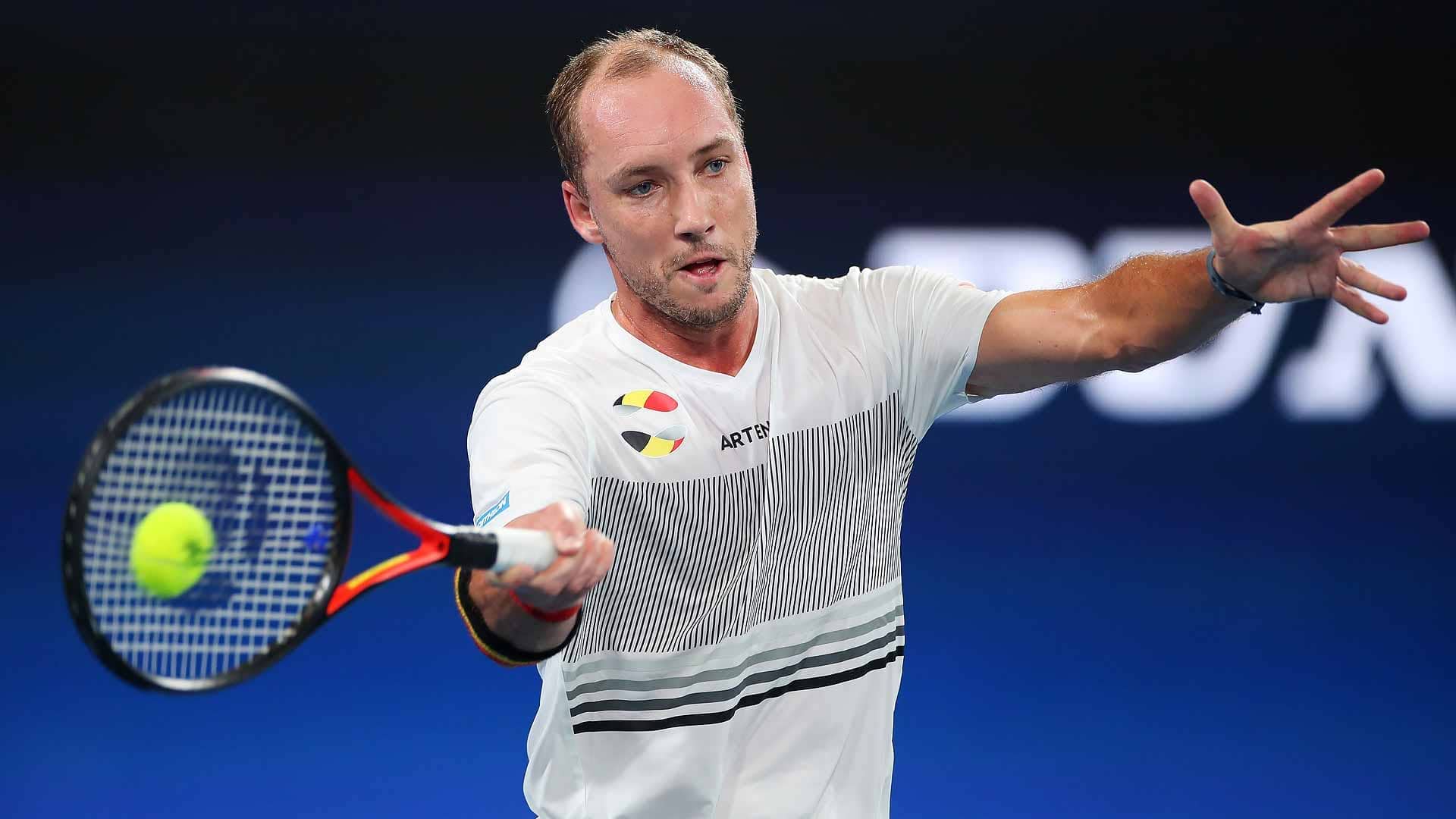 Darcis has announced his intention to retire after the 2020 Australian Open, but he was looking in fine form. He earned his best win by FedEx ATP Ranking since triumphing against then-World No. 50 Adrian Mannarino at an ATP Challenger Tour event in Lisbon last May.

For every question Norrie posed in the match, Darcis had an answer. The Belgian put his backhand slice to great use, keeping the lefty from being too aggressive, and waiting for the perfect time to take advantage of an opening. That also kept Norrie, who beat Bulgaria's Dimitar Kuzmanov on Friday, from finding a rhythm from the baseline.

Evans looked strong in the early going against former World No. 3 Grigor Dimitrov on Friday, before the Bulgarian turned it on to win in three sets. The Brit wouldn't let the same thing happen again on Sunday.

Evans defeated World No. 11 David Goffin 6-4, 6-4 to level the tie at 1-1. It is Evans' first Top 20 win since eliminating then-World No. 16 Nikoloz Basilashvili at Wimbledon last year, and it sets up a deciding doubles match in Ken Rosewall Arena.

"I felt the level was good out there, I'd say one of the highest levels I've played. It felt that way, and obviously it made it pretty sweet to have everyone there behind. And in this new format, I think it's a pretty good way to play having the seats behind in the corners," Evans said. "It's pretty cool. It definitely helped to get me through the match."

The 29-year-old had never played Goffin before, and his unorthodox game style proved plenty vexing for the Belgian. Evans, who only won 57 per cent of his service points, utilised his dagger-like backhand slice much like Steve Darcis did for Belgium earlier in the evening to play the match at his pace. Only when he felt he was in an advantageous position did the Brit rip a forehand to try to take it to Goffin.

Evans successfully broke on all five of his opportunities to beat the 2017 Nitto ATP Finals runner-up after one hour and 48 minutes, leaping a few times in the air to celebrate after converting his fifth match point.

Murray and Salisbury then finished it off against an accomplished duo in Gille/Vliegen, who won three ATP Tour titles in 2019. Murray and Salisbury have both qualified for the Nitto ATP Finals separately, and they showed their level by not facing a break point against the Belgians.