Josh Meiseles
This article contains:
Indian tennis is enjoying a breakout season on the singles court

The ATP Challenger Tour season might be winding to a close, but this is the most important time of year for the circuit in India. Back-to-back tournaments in Bengaluru and Pune conclude the season, giving the nation a platform to showcase its passion for the game and also its rising talents.

Last year, India's #NextGenATP star Sumit Nagal reigned on home soil at the Bengaluru Tennis Open, claiming his maiden ATP Challenger Tour title. This year, the tournament is celebrating an increase in prize money to the $150,000 level, becoming the biggest Challenger ever in the country. And once again, a home hope would lift the trophy.

On Saturday, fourth seed Prajnesh Gunneswaran made his mark in front of friends and family as he continues to push towards a Top 100 debut. The Chennai native dropped just one set all week to surge to his second Challenger title, capped by a dominant 6-2, 6-2 win over countryman Saketh Myneni. Also the champion on the clay of Anning, China, in April, Gunneswaran is enjoying a career-year at the age of 29. 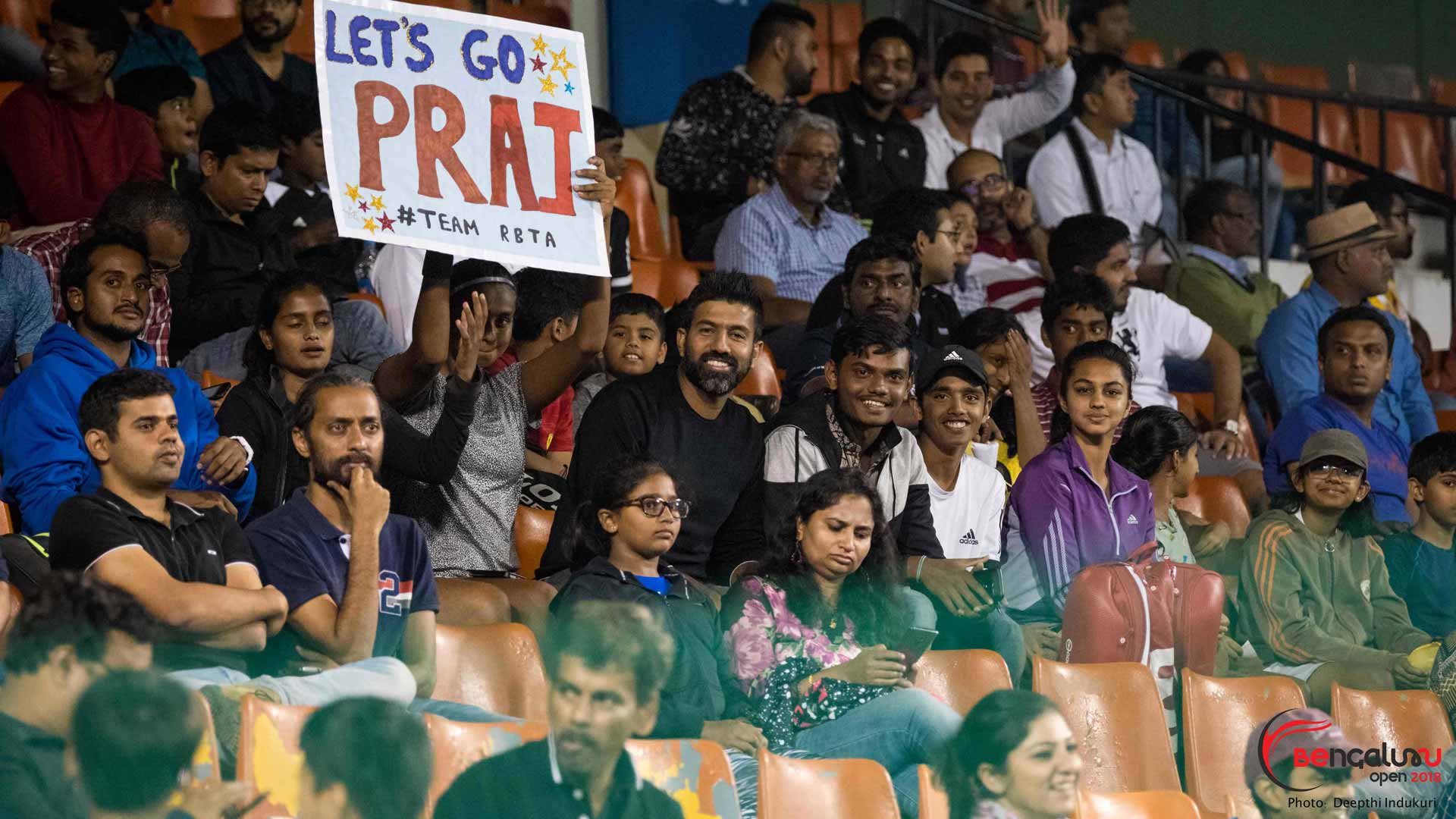 Local native and former doubles No. 3 Rohan Bopanna attends the Bengaluru final with kids from his academy.

Another great example having a @ATPChallenger in India which has helped Indian players benefiting from it. Great effort by @PriyankKharge @Yajaman_Sunil & the entire team.We need more international tournaments in India and hopefully every state has minimum one. @BengaluruOpen18

“I am happy to have won here," said Gunneswaran. "I think I played good tennis throughout the week and the hard work has paid off. I began the week on a good note and I built on it throughout the tournament."

On Monday, Gunneswaran is projected to rise to No. 110 in the ATP Rankings, surpassing Yuki Bhambri as the highest-ranked player from the populous Asian nation. And a deep run at next week's season finale in Pune would see him crack the Top 100 in dramatic fashion. India has enjoyed great success on the doubles court over the years, but only Bhambri has featured in the Top 100 in singles since 2014. Now, behind a breakout year from Ramkumar Ramanathan (runner-up at the ATP World Tour 250 in Newport), a thriving Gunneswaran, a rising Nagal and a resurgent Bhambri, the nation is making a charge up the ATP Rankings.

Tourism is an integral aspect of life in Karnataka - the state of Bengalaru - with the Mysore Palace and Ranganthaswamy Temple its chief landmark destinations. The proud culture of 1.3 billion people has been infused in its sporting identity and tennis is no exception. This week, advertisements for the tournament have graced the front page of The Hindu newspaper, promoting the event for all of India to see. With a circulation of 1,216,118 daily, it is one of just two Indian newspapers of record.

Next week, the KPIT-MSLTA Challenger in Pune celebrates its fifth edition, while the ATP World Tour 250 event in the same city welcomes players and fans for a second time in January.