Tomas Berdych and his wife, Ester, were on hand for his retirement ceremony at the Nitto ATP Finals.

Tomas Berdych created plenty of memorable moments in London throughout his career. He endeared himself to the British public by reaching his lone Grand Slam final at 2010 Wimbledon and making six consecutive appearances (2010-2015) at the Nitto ATP Finals, winning new fans each year with his baseline game, centered on a powerful forehand, along with his composure under pressure.

The city proved a fitting location for Berdych to call time on his storied 17-year ATP Tour career. The 34-year-old Czech announced his retirement from professional tennis on Saturday at The O2 and took part in a special on-court ceremony that celebrated his achievements. Berdych competed in his final professional match at this year’s US Open and said an ongoing back injury forced him to step away.

“The feeling I went through in my last official match was one that told me I tried absolutely everything, but the end result is how it is,” Berdych said. “The level I was always chasing, the top results, being in the top positions [of the ATP Rankings]… My body doesn’t allow me to do so.

“I always look at situations very realistically. I was standing with my feet on my ground. When I made my decision with myself and [loved ones], I felt a big relief.” 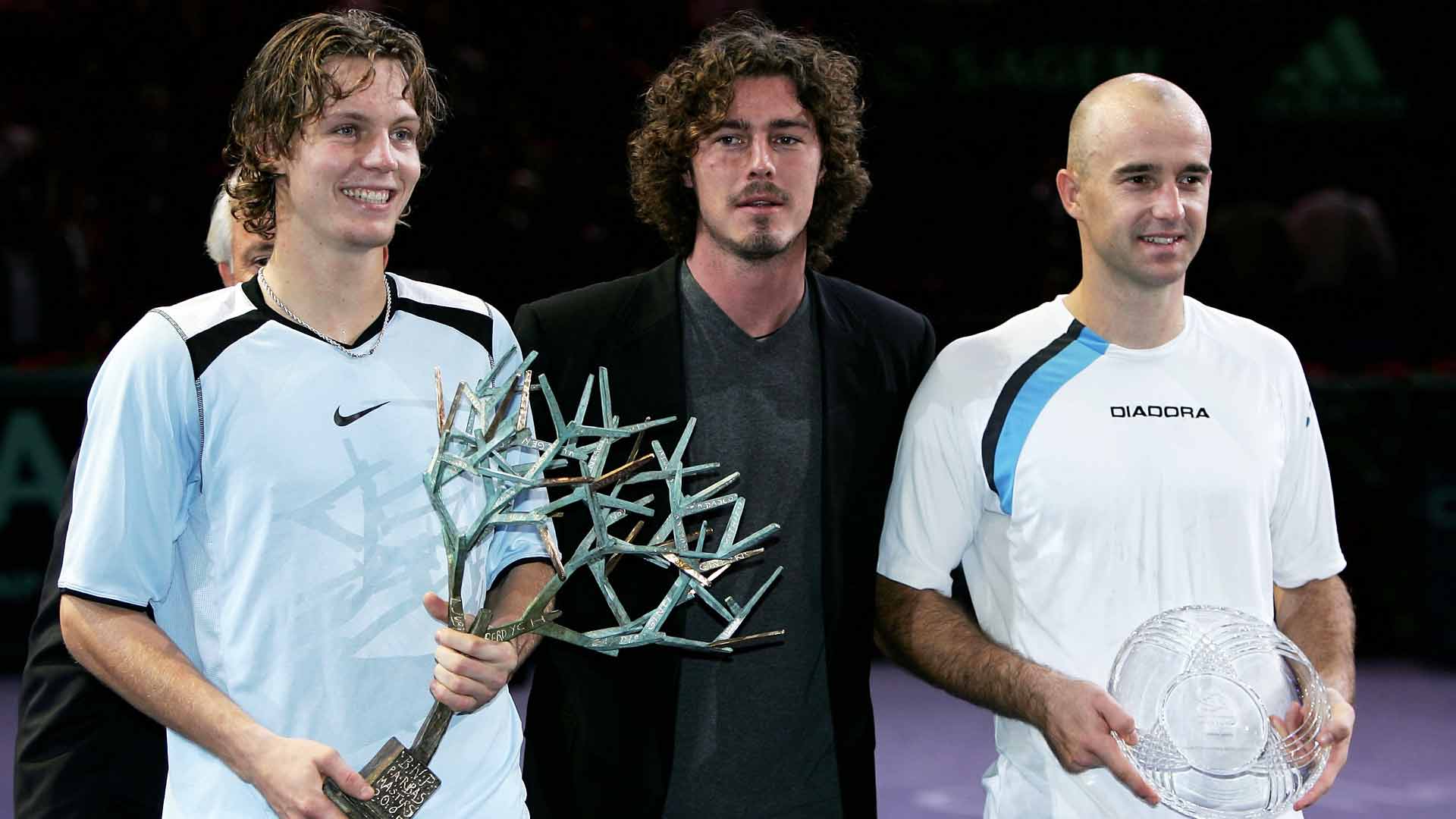 But the Czech still viewed his Wimbledon final as the pinnacle of his career. He stunned defending champion Roger Federer in the quarter-finals, then followed up with a straight-sets win against Novak Djokovic before falling in the final to Rafael Nadal. Although some referred to his two weeks at The All England Club as a dream run, he viewed it as a logical extension of long hours on the practice court.

“I wouldn’t say ‘dream’. It’s a good result, but the results come after really hard work and that’s what I’m doing. That’s why I’m preparing every day,” Berdych said after his semi-final win over Djokovic. “It’s not happening as a miracle. You need to do something to bring those good results.” 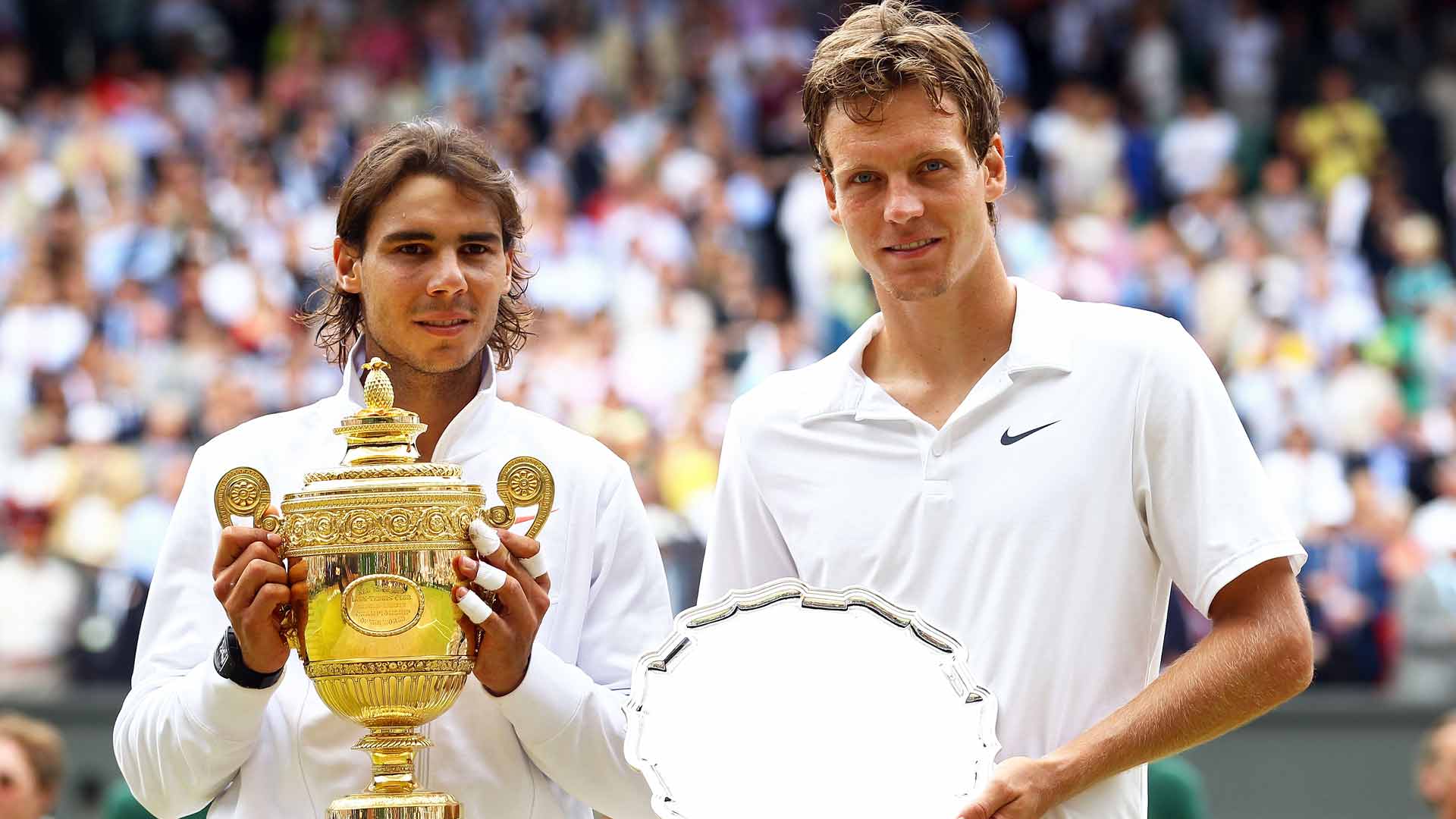 Although Berdych’s game never betrayed him, he ultimately accepted that his body had. He missed the last five months of the 2018 season due to his back injury and was limited to nine tour-level events this year. Berdych’s consummate professionalism throughout his career, including attempts to regain full health, made it easier for him to hang up his racquets.

“I don’t have any regrets. Even the bad things or negative experiences I went through were there for a reason. Without them, I wouldn’t be as good as I was,” Berdych said. “I was always trying to do the best I possibly can. This is something you create with your achievements and your behavior. I was ready for every single match and putting 100 per cent into every time I stepped on the court.”

Although retiring from any profession after 17 years poses challenges, Berdych is ready for the next chapter of his life. He’s eager to spend more time with loved ones and explore new possibilities that are available to him.

“The plan is not to have any plans. The last 15 or 20 years were so hectic that I just need to breathe out easily,” Berdych said. “I need to have time for myself and my family, who gave me almost everything. I didn’t have the proper time because the tennis career requires being very selfish and absolutely into the sport. And now I have the time.

“Sport was my life from the time I was a kid until now and I wouldn’t change that, absolutely not. But if it’s just going to be [my profession] or just as my hobby, I really don’t know. And I don’t want to know. I really just want to have every day as a clean slate.”