Belgian triumphs on clay of Almaty

Zizou Bergs was physically drained as he embarked on his stay in Almaty, Kazakhstan. The budding Belgian star, who turned 22 just two weeks ago, entered the clay-court stop on the ATP Challenger Tour in search of much-needed energy as he battled an illness.

"It was a very tough week for me," said Bergs. "I was feeling sick early in the week and it's very difficult to get fit during a tournament when you're not feeling well."

Bergs battled fatigue throughout the week, but the Belgian refused to succumb as he navigated a strong field at the Beeline Challenger 80. Frequently down but never out, he would make a serious statement on the clay of Almaty.

Bergs rallied from a set down three times and fought off a match point en route to arguably his biggest victory on the Challenger circuit. Despite his physical struggles, the Belgian relied on his trademark guile and determination to triumph in Almaty. He would defeat home hope Timofey Skatov 4-6, 6-3, 6-2 in Sunday's championship.

It was a third ATP Challenger Tour crown of the year for Belgium's newest star, who joins Jenson Brooksby and Sebastian Baez atop the 2021 titles leaderboard. At the age of 22, he is the youngest player from his country to lift three trophies in a season since a 21-year-old Johan Van Herck in 1995.

"I was down a lot, but I came through," Bergs added. "I feel very happy but also very tired. This is incredible. I was waiting for the opportunity to play Challengers because I was playing many Futures early in the year. Starting from my first opportunity, winning the title in St. Petersburg, I'm now winning a lot. This was just my fifth tournament on clay and I won again, so it's promising for the rest of the year. I will try to keep going to make the next steps, but winning three times in such a short period is a pretty incredible feeling." 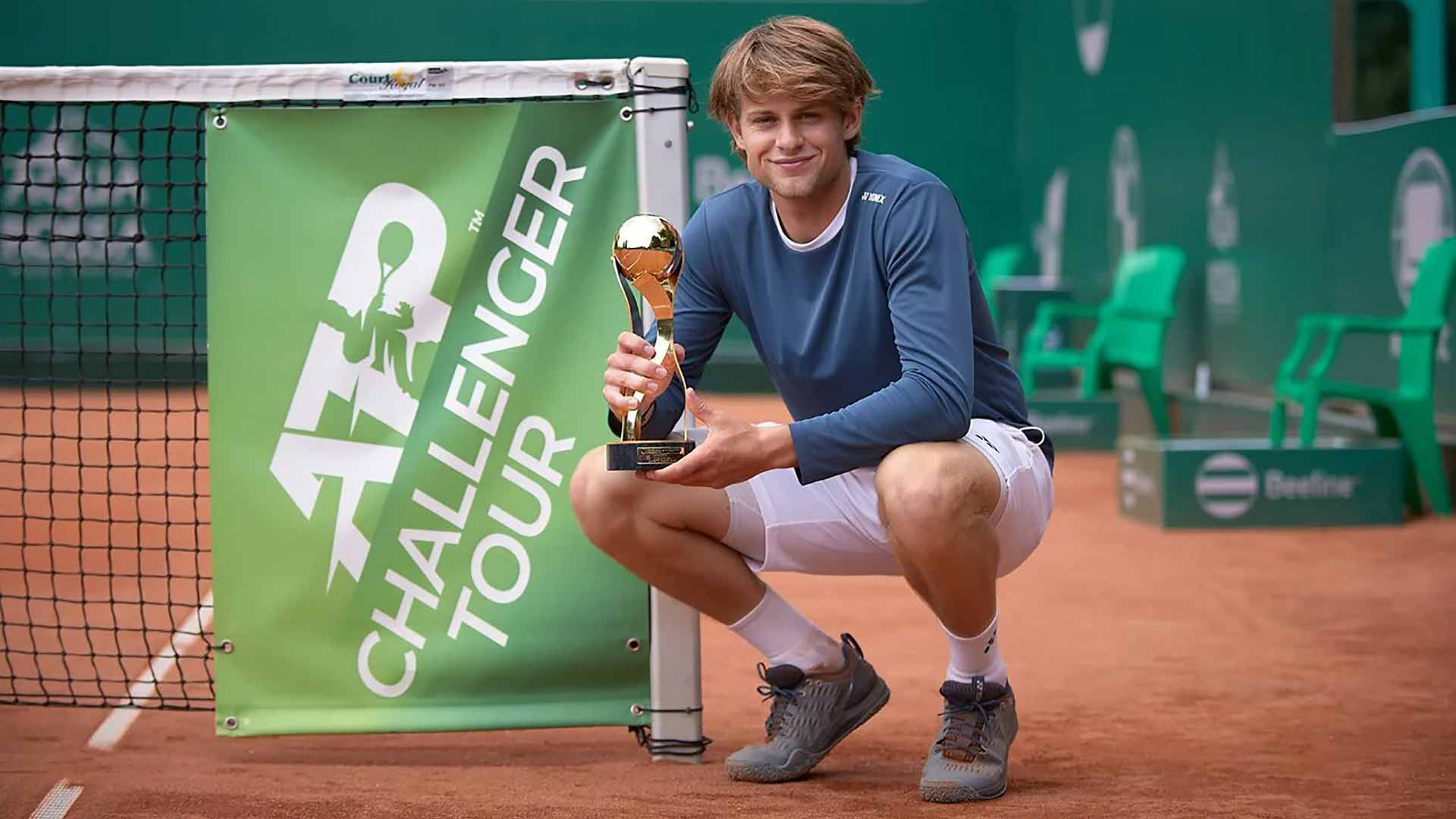 Also the champion on the indoor hard courts of St. Petersburg and Lille, it was Bergs' first victory on clay in his young career. Moreover, his 16-2 record puts him among the Challenger Tour's win percentage leaders. Only Brooksby and Baez own better records thus far in 2021.

Bergs opened the tournament with a 2-6, 7-6(9), 6-3 comeback win over Marcelo Tomas Barrios Vera, saving a match point along the way. And he would earn three straight deciding-set victories in the quarter-finals, semis and final, including two more come-from-behind wins over home favourites Dmitry Popko and Timofey Skatov.

One of the more fiery personalities and determined fighters on tour, it was Bergs' relentless attitude that carried him through the week in Almaty. Also a big hitter from the back of the court and crafty competitor in the trenches, the Belgian dug deep to find his way to the winners' circle.

"My coaches helped me a lot this week. They have been my biggest influence. My tennis coach (Bertrand Tinck) has helped me come to the net and be more aggressive. He made steps with me that no one else could do. And of course my mental coach who has been traveling with me now. He has put me in the right mindset. With him, I've played four or five tournaments and only lost one match. It's pretty insane. He's an incredible guy too and I'm super happy I have them on my team. I appreciate them a lot."

Bergs will soar 39 spots to a career-high No. 220 in the FedEx ATP Rankings on Monday.